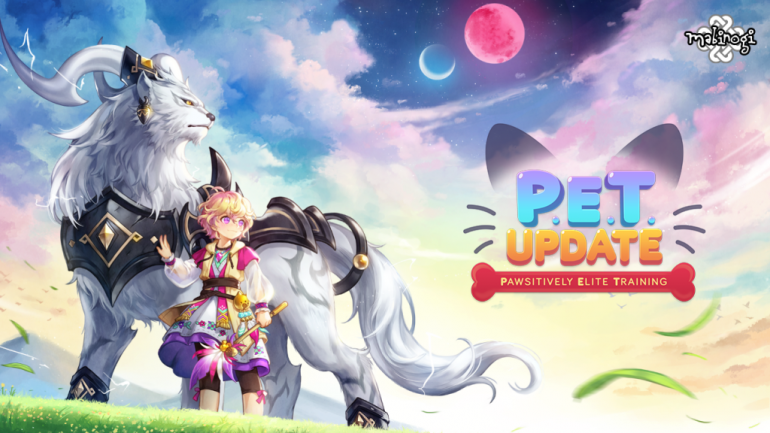 In 2004, Nexon launched free-to-play MMOPRG Mabinogi and gave an opportunity for its players to create their dream fantasy life online through finding their own adventures and creating a unique life on the screen. With no limits to what role a player can take on, players can play as anime inspired characters, from a sword-wielding giant to a magical, mystical elf.

Throughout the years, Mabinogi introduced constant updates and added new areas and features, called “Generations” or “Seasons” and developed a dream fantasy world called Erinn for players to explore quests and part-time jobs based on their skills. These updates keep the world of Erinn exciting at every twist and turn as players submerge themselves in a world of mystical wonder and magic.

Now 16 years later and Mabinogi introduced yet another exciting, adventurous update with furry new pets in the World of Erinn. Starting with the “My Little Pets” update, players could summon their adorable pets and send them off on expeditions. However, just like pets in real life, Erinn pets need ample time to rest between expeditions. Pets become a part of your team, and can be sent off to expeditionary ventures and complete tasks to bring back rewards.

Most recently, Mabinogi released another “P.E.T. update” allowing players to become Pet Trainers, discover the Power of Fynn and unlock more powerful Fynn pets. Players can develop new skills to train their Fynn pets to become stronger and hold special powers that activate while they assist the player through their adventures and combats through Erinn. These special powers are inspired by the wind, fire, water, lightning, and earth energy. Existing Pet Perks were also revamped to increase efficiency, and a set of new more powerful Pet Perks have been introduced, including Wild Frenzy, Frozen Earth and Wings of Haste.

Most excitingly, the new update spawned a new land called Mag Mell, the last resting place of the Fairies. When crossing the Geata in the north of Mag Mell, players come face-to-face with the new mighty bosses Fleur in the Forest of Four Seasons and Kerune in the Dynamic Lands. For those brave milletians who defeat these bosses, they will receive great rewards. Depending on the mission difficulty, you can gain Pet Trainer items such as Faded Fynn Beads, perfumes, and gems. Defeating Fleur in the Forest of Four Seasons will also offer rewards such as Fleur’s Wings, outfit, Grass Tiara, and more, while defeating Kerune will award players with Kerune’s Horn, Appearance Scroll Fragment, Fleur’s Grass Tiara, and more.

The best reward of all is letting Milletians acquire a new powerful expertise known as Fynn Bead Skills that lie hiddenly in the core of a Faded Fynn Bead. Players must first tackle and learn the Burnishing Skill that awakens the hidden powers within the magical beads. When awakened, Fynn Beads reward pets with unique abilities such as the Floral Shield, Fynni Punch, Repelling Force, Rush of Wind, Healing Bubble and Pulling Force.

As exciting as the other updates were, this update provides even more powers and tricks for players to learn. The P.E.T. update not only allows player interactions but pet interactions, too! As players improve in the game, they are given the opportunity to grow as a Pet Trainer until they reach the ultimate Grandmaster Pet Trainer.

For a game like Mabinogi, there is always something new to look forward to and new land to explore. Every update provides the opportunity of more adventures to find parts of the world the player hasn’t explored yet. Thanks to the updates, the World of Erinn is never short of magical happenings. Players are able to find special powers defined by the mystique in this magical world while accompanied by their loyal pets. Being able to create a 100% unique world to their own, there is no shortage of possibilities. Mabinogi continues to grow the chronicles in bringing a fantasy world to life with its combat missions, life skills, and social interactions.

The newest Mabinogi update is now live! You can check out their official website for more updates.