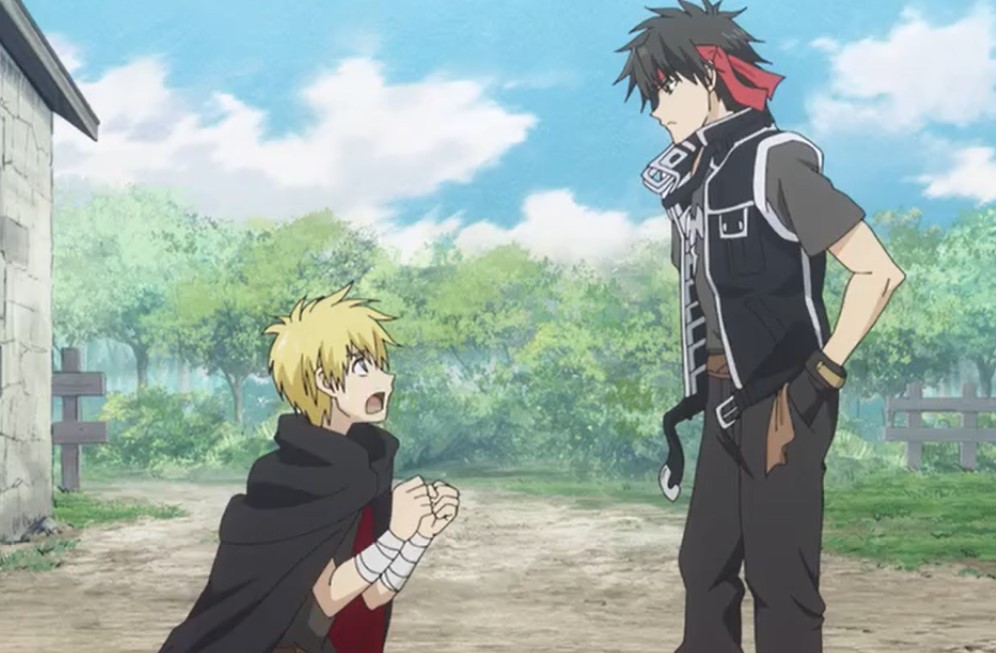 Anastasia is visited by instructor Quo, who asks her how she knows that it was him. She comments that she assumed from his footsteps. Anastasia comments that Quo has brought him so many blessings, and he is like a father to her. She told Pope Ramorok that instructor Quo is here to see him. Anastasia closes her ears so that she won’t hear what the two are talking about. Quo told the Pope that the Sorcerer who had been reported missing from the Tower of Fangs, Childman Powderfiel, has died.

Quo thinks it is the perfect opportunity to eradicate the Sorcerers. Pope replies that there is no need for that. He asks Quo if there is anything else he wants to report. Quo reveals that there is a traitor within the church. Pope comments that he can leave the traitor. He also said they are the holy, noble birth, and they are righteous for destiny. Meanwhile, Orphen is at the Inn thinking about what he saw earlier.

Sorcerous Stabber Orphen: Battle of Kimluck Episode 4 will be airing on Wednesday, 10 February 2021, 9:00 JST. This Anime is available on different streaming platforms; if you want to watch them, you can try: AnimeLab and Funimation. Let’s find out more about Orphen and Majic below. 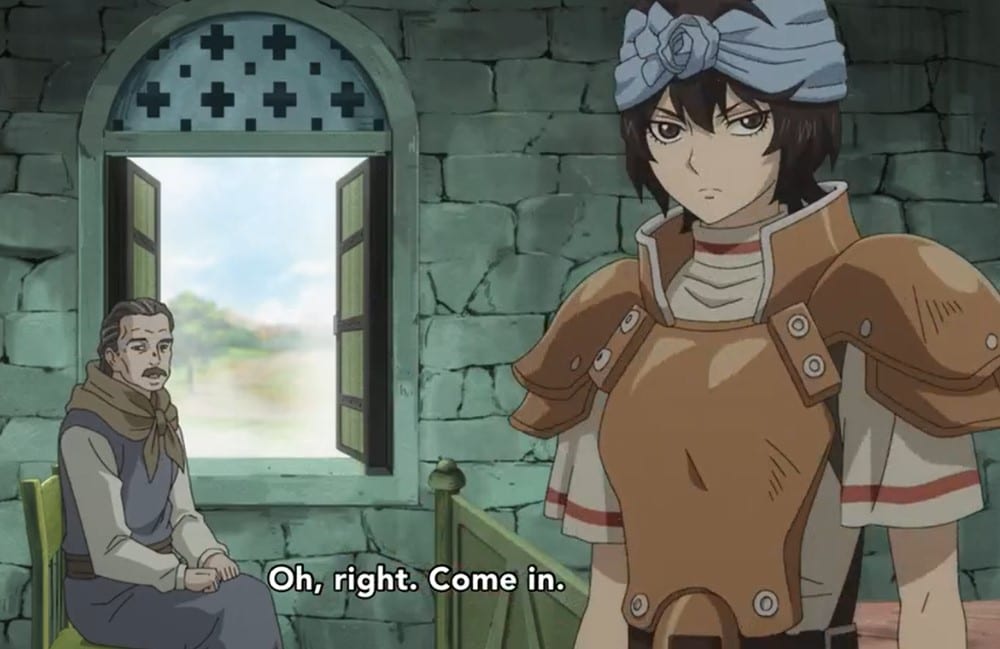 Majic joins Orphen and asks if they are still going to Kimluck. Orphen comments that it took them three days to get here from the ruins. It is going to be a few more days until they get to Kimluck. Orphen said that they would take off when everything is ready. Majic asks Orphen to teach his Sorcery while they are still here. Orphen got up and went with Majic to the training ground. Majic thought that Ophern would go easy on him, but he got sent flying.

He asks Orphen why he is too serious, and Orphen said he told him that he wouldn’t hold back. Majic comments that he needs to hold back a little since he is just a beginner. Majic also comments that he knows he asks for combat training, but why is Orphen training him like he wants to kill him. Orphen teases Majic that he will bury the bones of some dead dog on top of his corpse.

Majic tries to reason with Orphen, who told him combat training is combat training. He also to him that if he cannot keep up with this training in the middle of a battle, he will die. Orphen comments that training someone like Majic who is not mentally prepared for few tricks will waste time. He also said that Majic has to focus and show him that he is fully prepared to learn Sorcery. Orphen also said that battles are essentially matters of life or death.

Orphen told Majic what he has to do to become a warrior and concludes that was for today’s lesson. While he is leaving, Orphen thinks it is foolish for a Sorcerer to infiltrate Kimuluck Church’s Holy City. Meanwhile, Madchen is with some old guy who asks her if he plans to kill Quo using Sorcerer.

The old guy said that is why Madchen has brought Orphen to help her. Madchen comments that it is one of her ideas. The old guy told Madchen to stop the war and obey Quo since he is the one who taught her the basics. He reveals that Quo is in Holy City, but he and Oleyl Salidon are here. Madchen asks that old guy if it is true that he trained Salua, who said Quo is dangerous. 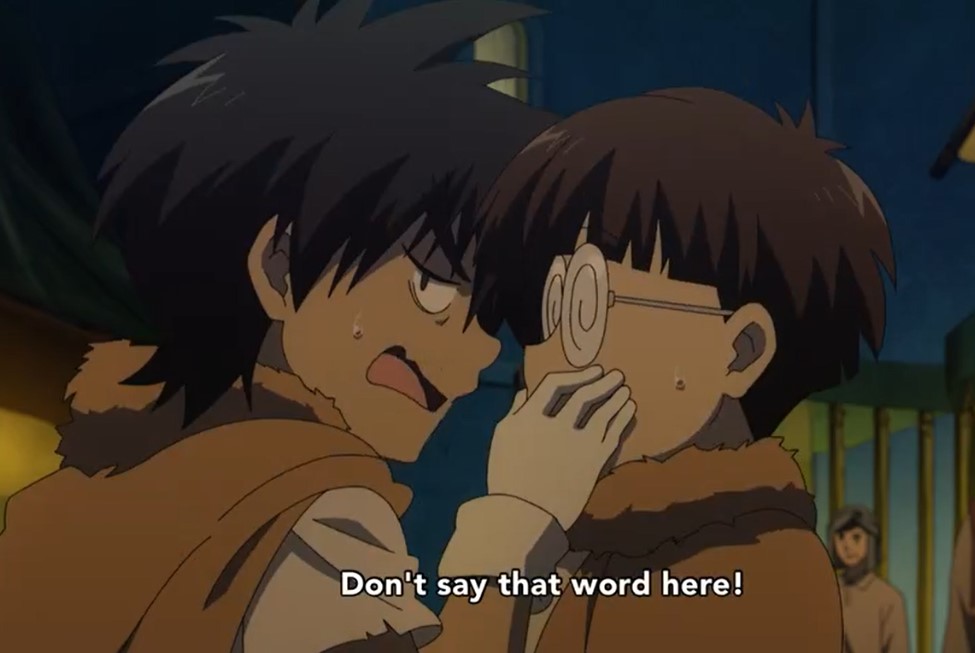 The old guy said yes, and asks Madchen if she thinks Orphen can assassinate Quo. Madchen comments that Orphen and Krylancelo may not be enough. But ten years ago, Quo had fought off Master Childman, and he has a powerful instructor on his team. Quo, along with Carlotta Mausen, is known as the powerful Death Instructors. Madechen reveals about the scam the Holy Church members are doing, and she thinks that they must inform Pope.

The City That Rejects Sorcerers:

The log guy reveals that he knows that Orphen is Childman’s student. Orphen joined the two and said that he heard that the old guy wants to see him. Orphen asks the old guy if he was one of the Death Instructors, and the guy said he has retired. He asks if he couldn’t carry out his duties, and the guy reveals that he got injuries that cause him to abandon his duties. The old guy told Orphen that he must not go to Kimuluck.

Orphen responds that he has already made up his mind. The old guy comments that even if it is a matter of death, he will still go. Orphen said he doesn’t care whether he dies or not. He said it doesn’t make a difference to him if he dies now or around 50 years. Meanwhile, Volkan is complaining about the people who owe him money. He talks about the lady that doesn’t wasn’t to return his money.

Dortin comments that the lady is a Sorcerer. The citizens heard him look at him. Volkan reveals that he must never say that word since people around here hate Sorcerer. He said it is a city that the Sorcerers are not welcome. Volkan yells that they hate Sorcerers with all their hearts and the villagers were pleased. At the same time, Orphen and others depart for their journey.

We conclude today’s post with all of the above updates; take a look here: Sorcerous Stabber Orphen: Battle of Kimluck Episode 3.