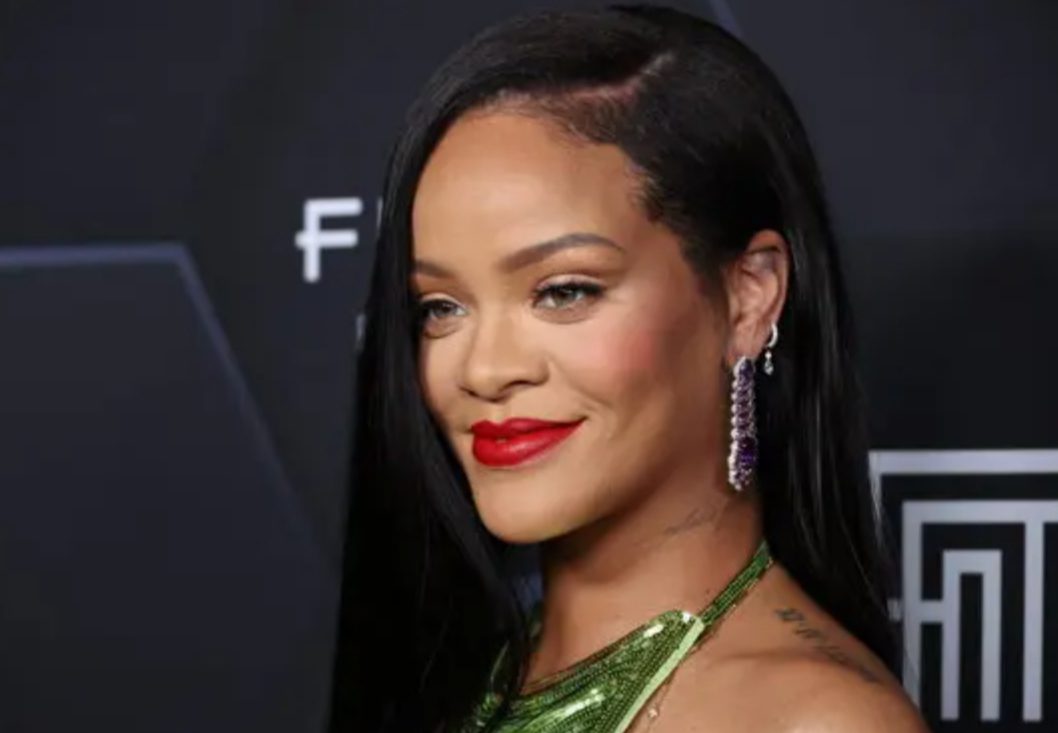 Rihanna’s Dating History is something that people are looking for. Before getting into the details of all of her romantic involvements so far, let’s have a look at her popular works.

She is a worldwide sensation, doing wonders with her musical works, one after the other. Being Rihanna’s diehard fan, you must have already listened to her songs: Diamonds, The Monster, Kiss It Better, This Is What You Came For, What’s My Name?, Shut Up and Drive, and Love The Way You Lie.

Which one is your favorite among these? Recently, the singer has been making headlines for her stunning glamourous look in a velvet gown and sparkling diamonds in Santa Monica. Her fashion sense has always amazed her fans. Nothing new!

Besides her musical career, since September 2018, Rihanna has been serving as the Barbadian Ambassador Extraordinary and Plenipotentiary. Rihanna has also collaborated with various other renowned artists such as Drake, Adam Levine, Eminem, and Shakira too.

This famous singer, Rihanna, has shared romances with several high-profile men in the industry. Surprisingly, each of those relationships has made headlines on the internet. So, it’s not just her songs, albums, and fashion looks but also her personal life about which her fans are always curious. Here is what we know about Rihanna’s Dating History.

Do you love rapping? If yes, you must know Drake and be already a fan. Originally known as Aubrey Drake Graham, he has amazed millions of people across the world with his musical works. Some of Drake’s hit songs are- One Dance, Trust Issues, Massive, In My Feelings, Falling Back, Started From The Bottom, etc. 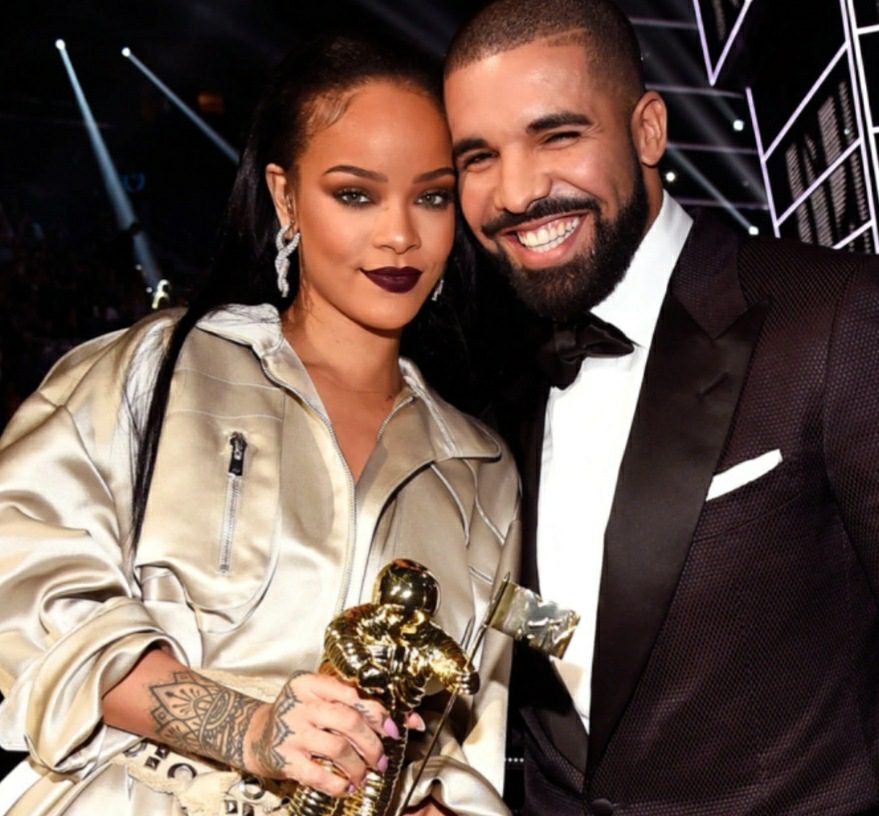 Talking about Rihanna’s Dating History, Drake tops the list. It was back in 2005 when Rihanna and Drake met each other for the very first time at a restaurant in Toronto. Drake wasn’t much popular at that time and used to play background music there. While Rihanna was there to shoot the music video for Pon De Replay.

There was a quick spark between the two. In 2009, fans started to suspect their romance. It was after they were spotted together getting close at the Lucky Strike in New York City. But, when asked, Rihanna claimed their dating rumors to be false and clarified that she and Drake have always been good friends. On the other hand, Drake commented exactly the opposite. On this note, he said that he felt like he was getting used by Rihanna, giving him some quality time and later getting disappeared. Despite this, he addressed her as an “overwhelming and incredible person.”

Drake and Rihanna, being two versatile singers, have also collaborated. What are they? Well, those are titled as- What’s My Name, Work, and Take Care.

People didn’t just love them as a rumored couple but also their professional musical pairing. Overall, Rihanna and Drake were reported to have had an on-and-off romantic relationship until 2017. We wonder what’s the truth! Still, we are looking forward to their collaborations in the future!

Who doesn’t know Chris Brown? He is considered one of the best R&B singers. Not to forget to mention some of his great singles- Under The Influence, Look At Me Now, Say Goodbye, Monalisa, New Flame, etc. 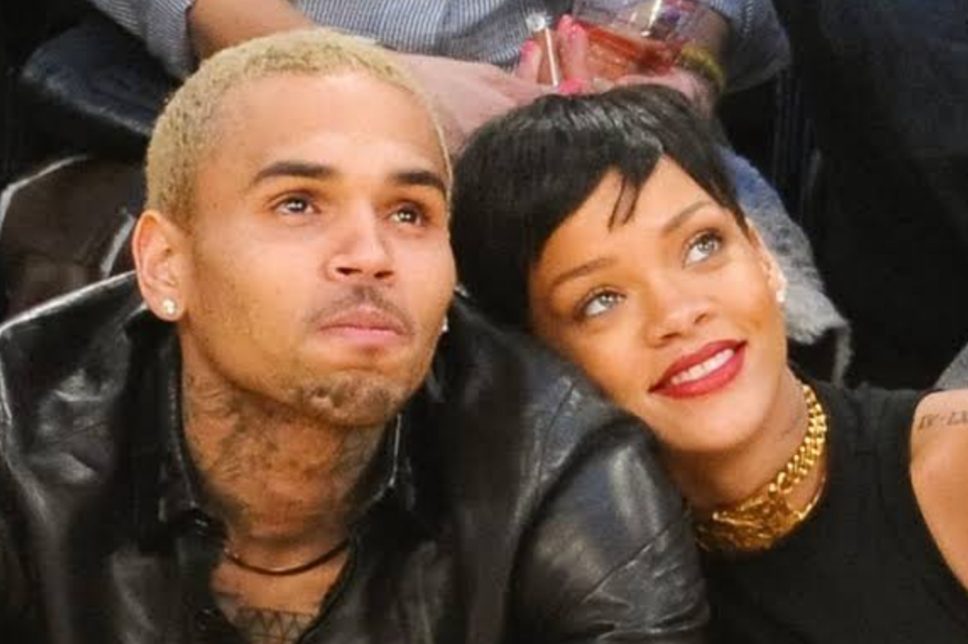 It was back in 2005 when Rihanna and Chris Brown met each other. After a couple of years or so, they both started dating. But in 2009, both parted their ways. Why? It was after the incident of Chris physically assaulting her inside the car, just the night before the Grammy Awards event.

But, both gave another chance in their relationship. In 2012, Rihanna and Chris rekindled, and she made it clear that he had true love, addressing him as the “love of her life.” But, soon, they realized that they weren’t the best match and parted ways for their respective betterment in 2013 itself.  However, people were not very much surprised by the news of their separation, which made headlines. It felt like some people already knew them to be parting ways in the future.

Rihanna’s Dating History also includes Travis Scott. Some of Travis’ notable singles are listed as Pick Up The Phone, Champion, Butterfly Effect, Highest In The Room, Escape Plan, Mafia, etc. He also got featured in the music videos of Portland, Know No Better, Mile High, etc. 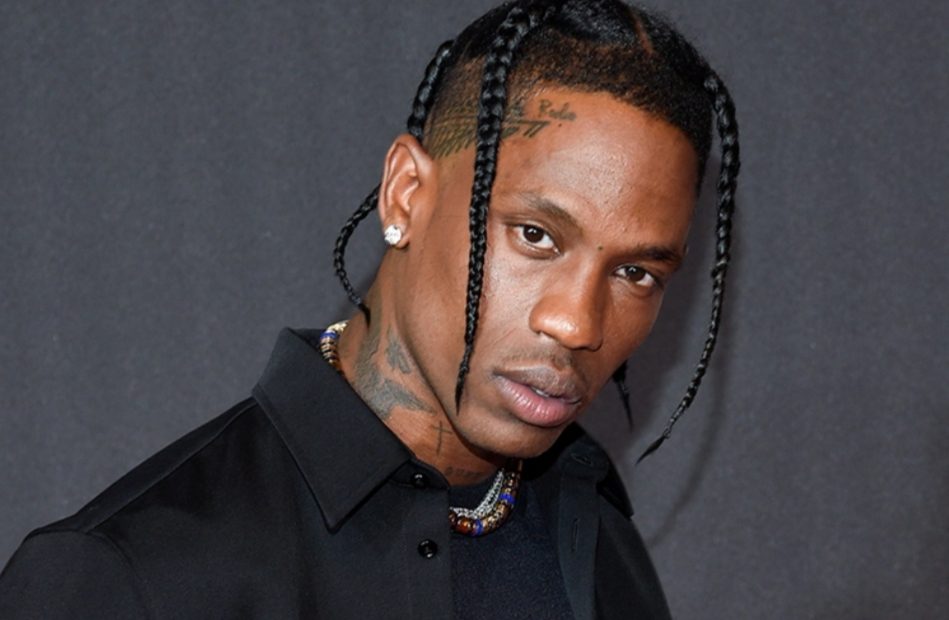 Coming back to Rihanna’s romantic relationship with Travis Scott, everything was pretty low-key. Moreover, he denied calling her his girlfriend. But, he was reported to be very much into her. Despite being very much serious about each other, they broke up.  It seems like Travis was not like her exact match, and also she was reported to be too dramatic to get handled in a relationship. That’s the main reason for her keeping the whereabouts of this particular romantic involvement pretty much away from the public eye.

How can we forget Lewis Hamilton? He isn’t from the music industry but is a versatile sportsperson. To be more precise, Lewis is a motorsports racing driver. At present, he is gaining prominence by competing in Formula One for Mercedes. 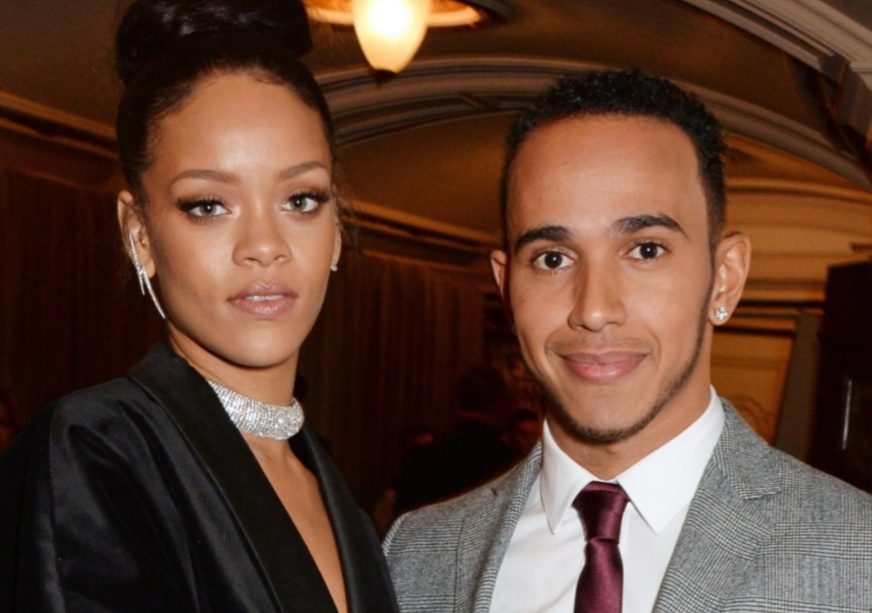 Fans started to suspect Rihanna of dating Lewis after they were spotted together on various occasions, especially in New York. But, neither of them has confirmed to have shared a romance ever. On this note, the motorsports driver has said that both have known each other for quite a long time. It’s just because they are very good friends, they hang out pretty often. So, it was nothing but a rumored relationship. Two people getting spotted on various occasions together don’t make them a couple in any way.

Matt Kemp also makes it to the list of Rihanna’s Dating History. In case you are wondering, he is originally known as Matthew Ryan Kemp. He serves as a professional baseball player, more significantly a free agent at present. Previously, he played for teams such as Los Angeles Dodgers, San Diego Padres, Atlanta Braves, Cincinnati Reds, and Colorado Rockies. Talking about his achievements, he has successfully made it to the All-Star thrice. 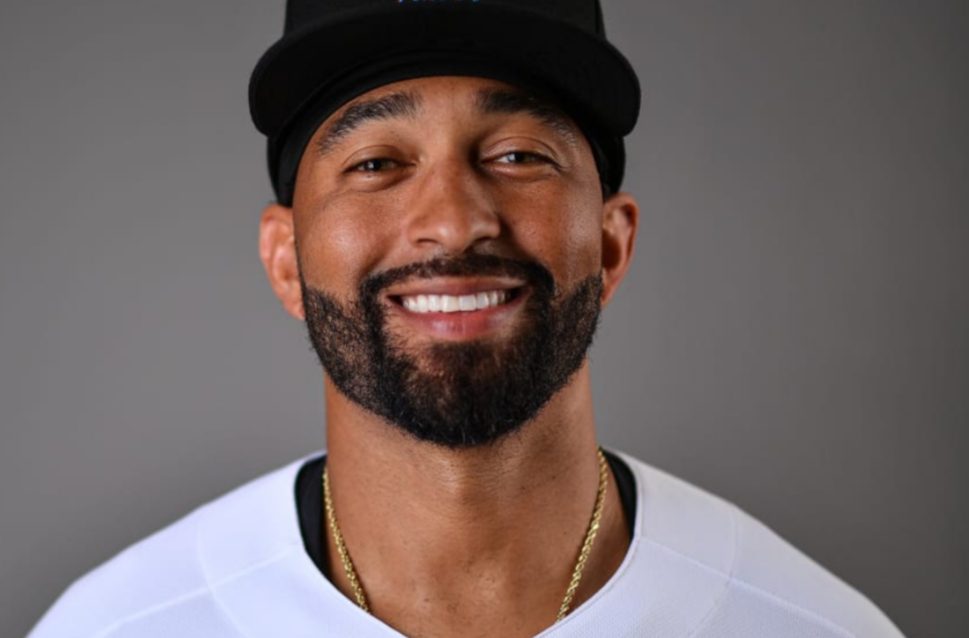 At the beginning of November 2009, Matt Kemp and Rihanna dated. But, their relationship didn’t work and thus broke up after a year of their togetherness. Why? The major reason behind their split was Rihanna’s busy lifestyle. He failed to keep up with her crazy travel schedules and was expecting something more normal. Matt felt like a puppy who had just followed Rihanna. Well, feeling like that is never healthy but toxic in a relationship. It doesn’t work when in love.

Rihanna’s Dating History also includes A$AP Rocky, another sensational rapper. Some of his music works- Are praise The Lord, Good For You, Wild For The Night, Purple Swag, D.M.B, etc. 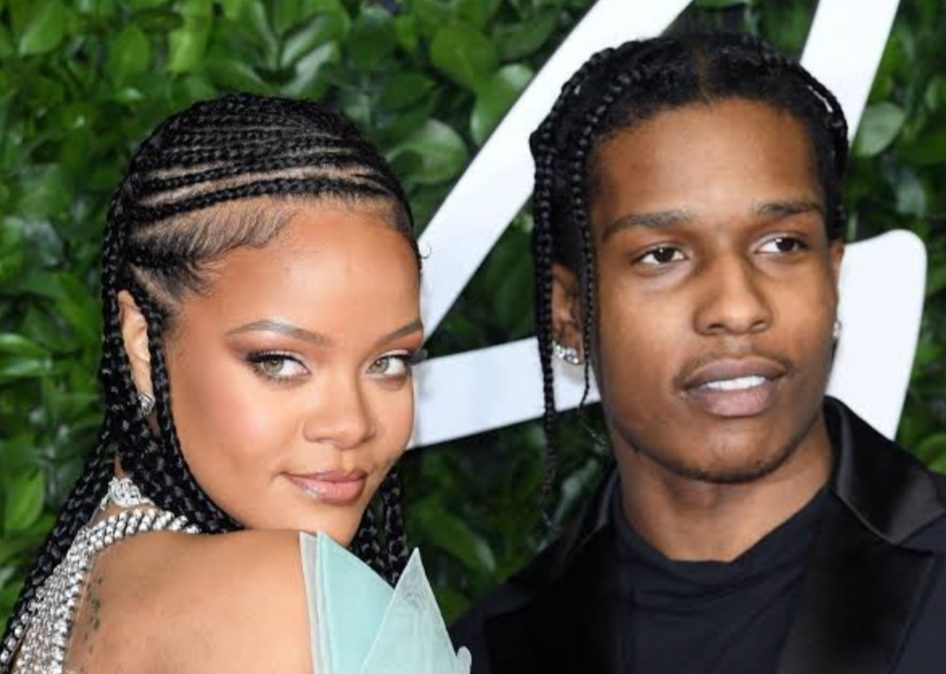 It was in November 2020 that Rihanna and A$AP Rocky made their relationship official. However, it was not any quick spark, but they had maintained a friendship for several years before. Rihanna also got featured in his music video for Fashion Killa. Moreover, they also attended the Paris Fashion Week together, hinting to their fans that they are a couple. On the other hand, even A$AP Rocky attended Rihanna’s Diamond Ball, showing her immense support.

Rihanna and A$AP Rocky have been together for quite some years. Now, they aren’t just a couple but also the parents. On 19 May 2022, they welcomed their first baby.

Best wishes to Rihanna for the upcoming days of her life. It feels good to see Rihanna so happy in life. We wonder when she is going to tie the knot officially with A$AP. We are highly impatient for the fall of their wedding news! Hoping this relationship with Rihanna stays strong forever like this. Sending loads of love to their baby! Also, Rihanna seems to be a very fun-loving girl. She does not appear to be on bad terms with any of her ex-boyfriends in the most toxic way.