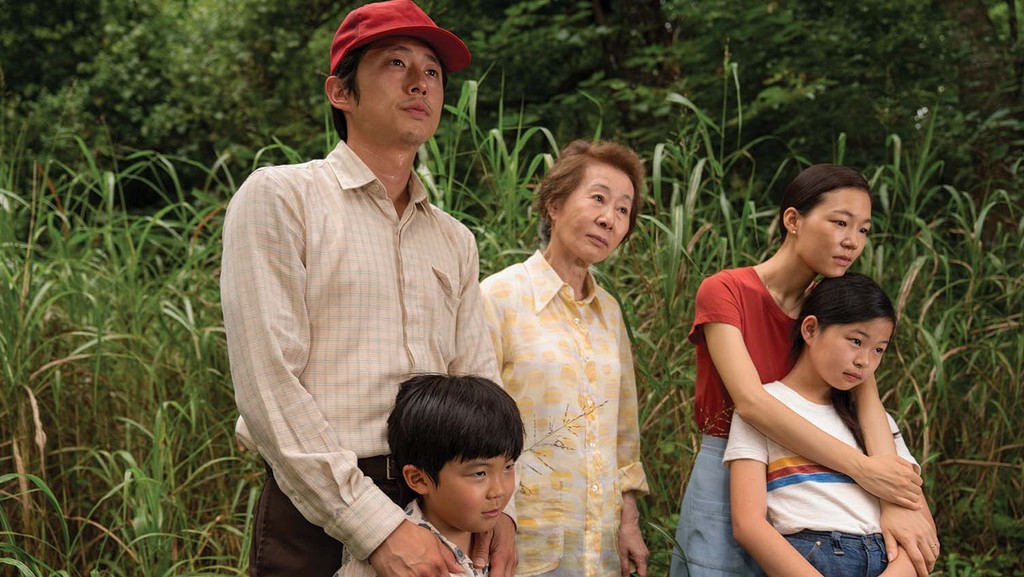 The victory of the film “Parasite” at the Oscars in 2020 was unexpected. When Jane Fonda, the legendary Hollywood actress, opened the envelope containing the title of the Best Picture winner, she was quite jolted when she read the contents of the envelope. We all know very well it was a historical moment. A year later, an American production and distribution film by A24 called “Minari”, a film by Lee Isaac Chung that tells the story of a Korean family starting a new life in the United States as an immigrant. Starring actor as caliber as Steven Yeung, the star of the series ‘The Walking Dead’ who has previously starred in the Korean language film, “Burning” (Beoning), a Korean-produced thriller based on a short story by Haruki Murakami who also won Oscar nominations for the film.

There’s also Brad Pitt in a minor role. For the rest, this film cast original Korean actors such as Han Ye Ri, Youn Yuh Jung, which further adds to the impression of reality in Asian roles that rarely occur in Hollywood. ‘Minari’ has strong reasons to compete with great films in the film awards season of 2021: heartfelt storytelling, eye-pleasing cinematography, cool scoring, intense acting from the cast, and tingling touch to racial and family issues, which are brilliantly represented.

But in fact, “Minari’s hopes of becoming the best film of last year were dashed after the Hollywood Foreign Press Association only put the film in the Best Foreign Language Film category but not as Best Drama Film. Several Asian-American actors also criticized this decision, such as Harry Shum Jr. and Danel Dae Kim. 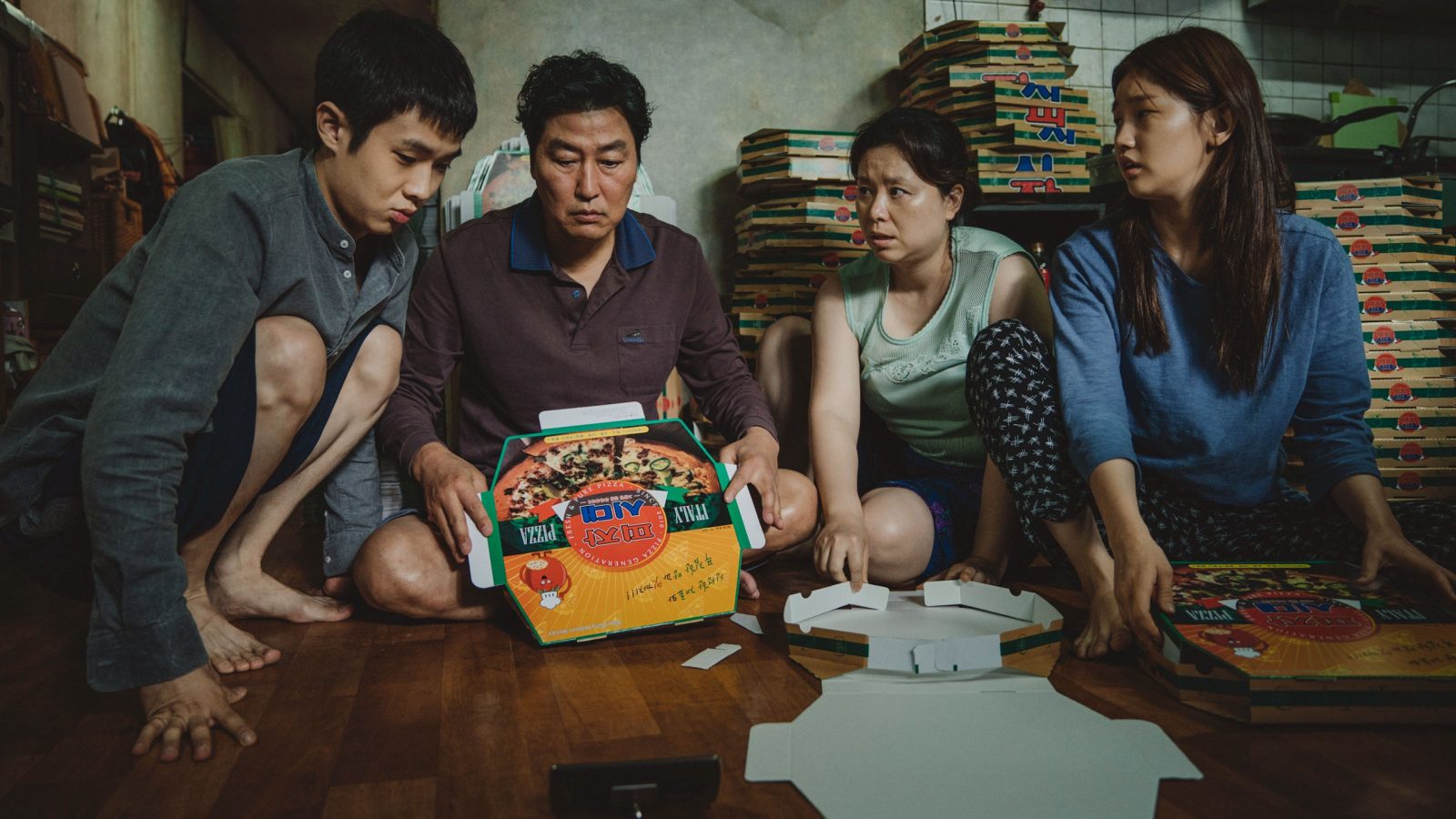 A similar incident had occurred two years earlier for an Asian-American character film produced by the United States, which was also produced by A24. The film titled “Farewell” touches upon the differences between western and eastern cultures and the dilemma of a girl who has to live between the two sides of a very different coin. Awkwafina, the main character of this film, cut the hearts of the audience with her performance and was massively supported to become the Best Actress contender at the Oscars through this film, but in fact, she still failed despite her performance being praised by critics and viewers.

The film “Farewell” also failed to be nominated for Best Picture at the 2020 Oscars and was instead forced into an international film because of the diverse language content. Consisting of mainly Korean and little English. This contrasts sharply with the film ‘Call Me By Your Name’ which was nominated for Best Picture in 2018, although it only contains 40% English dialogue, the rest is filled with Italian, Hebrew, German, and French. Another example of the film ‘Inglorious Basterds’ which was included in the Best Drama Film category at the 2010 Golden Globes despite having only 30% English dialogue.

This makes everything even more questionable whether concrete judgments include films according to the category. Do all aspects of a film have to be American-centric and support certain propaganda in order to be glimpsed by the Academy? Are all forms of speech games by Hollywood elitists who often promote equality and justice just tricks that contain clouts to attract the attention of ordinary people so that they seem relatable even though, in fact, there is a lot of discrimination behind the scenes?

When Emma Stone was chosen to play the character of Hawaiian and Chinese descent named Allison Ng in the film Aloha, she did deserve the harsh criticisms she got. Emma’s two green eyes are clearly too round and big to play an Asian character in the film, it was just not right, but the casting directors of this film seem to be more comfortable being called racist and blind than giving a role to a real Asian actress.

Not to mention when Scarlett Johansson was chosen to play a character named Motoko Kusanagi in the film adaptation of the manga ‘Ghost in the Shell’. And instead of apologizing, the film actually argues that Motoko’s character is not a human but half a robot, so casting her can be arbitrary.

Want a more outdated example? The career of Anna May Wong, a Los Angeles-born who became the first Asian-American actress in the 1930s, was tragic and unforgettable. When Hollywood decided to pick up the story from Pearl S. Buck’s novel titled “The Good Earth”, Anna actually wanted to take the lead role, but the lead in the film fell to Luis Rainer, a German-born caucasian actress. Luis also won an Oscar for her role in this film that she shouldn’t have played. The casting rules were untouchable and unnecessary difficult back then because of the lack of openness and diversity involved.

This dreading incident has been happening for years. The Mongoloid race is often only used to decorate films whose portion is insignificant for films. Even in some cases, Asian people who get appreciation or win awards in Hollywood feel like an attempt to clean up rumors of racism in the industry. Naturally, the Oscar party should be ignored when giving awards or just plain recognition to Asians, because usually film actors with slanted eyes, yellowish skin, and black hair are often dumped by the industry. Still, it could not change the fact that their works, acting performance, and vision care at the same level, if not better than the superior white people who have dominated Hollywood for years to the point that there is a gap in racial issues in the elite film industry.

From the perspective of Asian people, it is appropriate to wonder, “How come there aren’t any cast who look like us?” when you are watching a Hollywood movie. We are so Americanized and bombarded by western culture in the films, series, and music that we consume thanks to modern globalism. It is time to speak up against all forms of racial discrimination in an industry where the existence of Asians is often alienized. It is a de facto statement that the Asian community still has to fight harder for the right to respect, appreciation, and, most importantly, the representation of Asian people itself at the peak of the global film celebration.