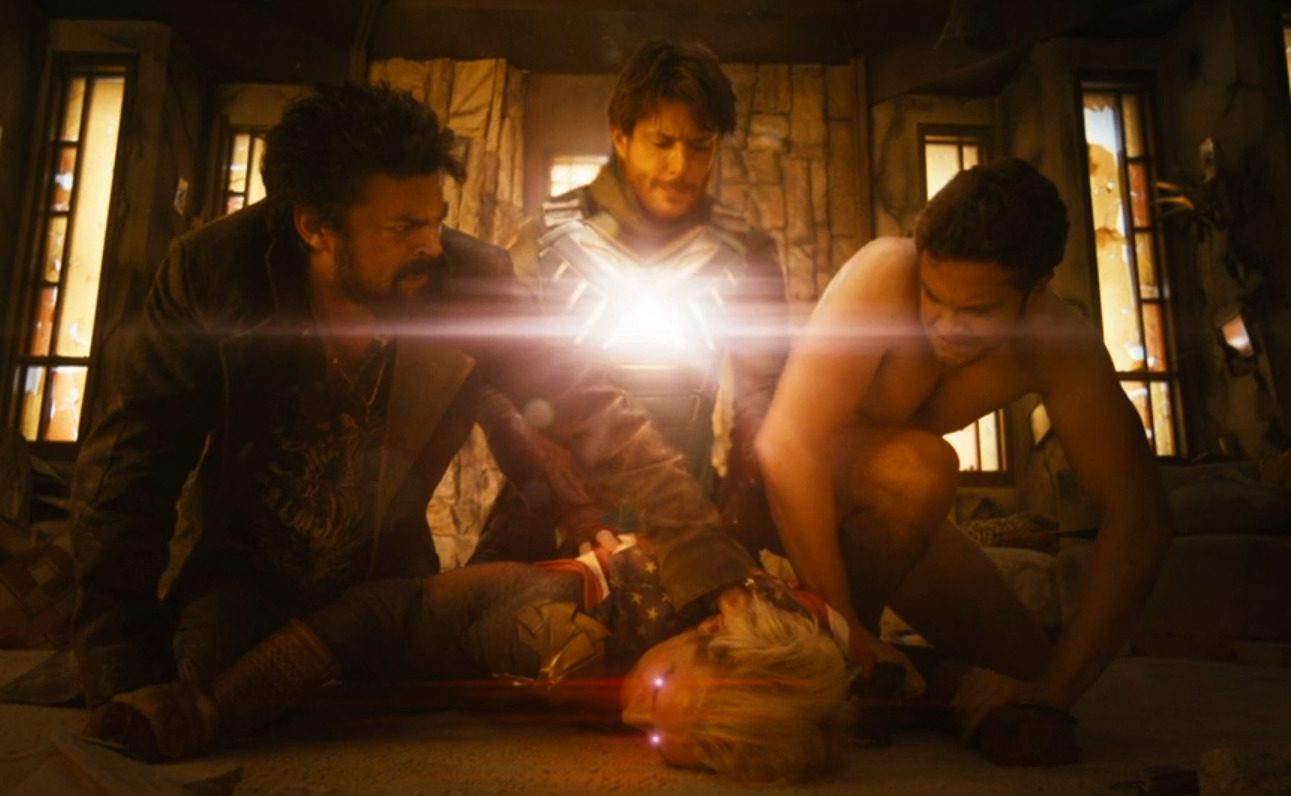 The Boys Season 3 Episode 6 was the best Episode of The Boys, Period. It had that wow factor that you get when finishing one of the best episodes of Game Of Thrones. And we wanted to see this kind of superhero shiz for a long time. We were bored of the Same old formula-based Marvel and DC superhero movies. While episode 6 was in its last 10 minutes, and they were showing all that mind fu** stuff, we thought they were going to end the Episode now and save the fight for the next Episode, but they showed it, and blew our minds.

Episode 6 had one awesome scene after another awesome scene. We mean, which superhero show does that, we don’t see CW’s The Flash doing it; stretching a good moment for Seasons and repeating the same old stories again and again – Classic CW. The Boys is the reason we are still excited about seeing superhero stuff. We haven’t watched those Marvel-Disney+ series because we know they won’t match “The Boys Standard”.

In The Boys Season 3 Episode 6, we saw Homelander getting his shit handed to him, and we saw A-Train’ Drag Speed Killing’ Blue Hawk. My personal favorite, we saw an Octopus giving BJ to The Deep. Let’s go through everything.

The Crimson Countess had been killed, according to word that reached the Vought. They thought it was the act of a super-terrorist, but Homelander got shivers when he watched the CCTV tape. He recognized Soldier Boy, his hero, on display. Until he was abducted, he was Vought’s most valuable possession; as a result, the company replaced him with Homelander. But he is still regarded as the greatest hero in American history. Homelander worried that his reputation would be shattered along with the company’s if it were discovered that Soldier Boy was responsible for the destruction in Manhattan. 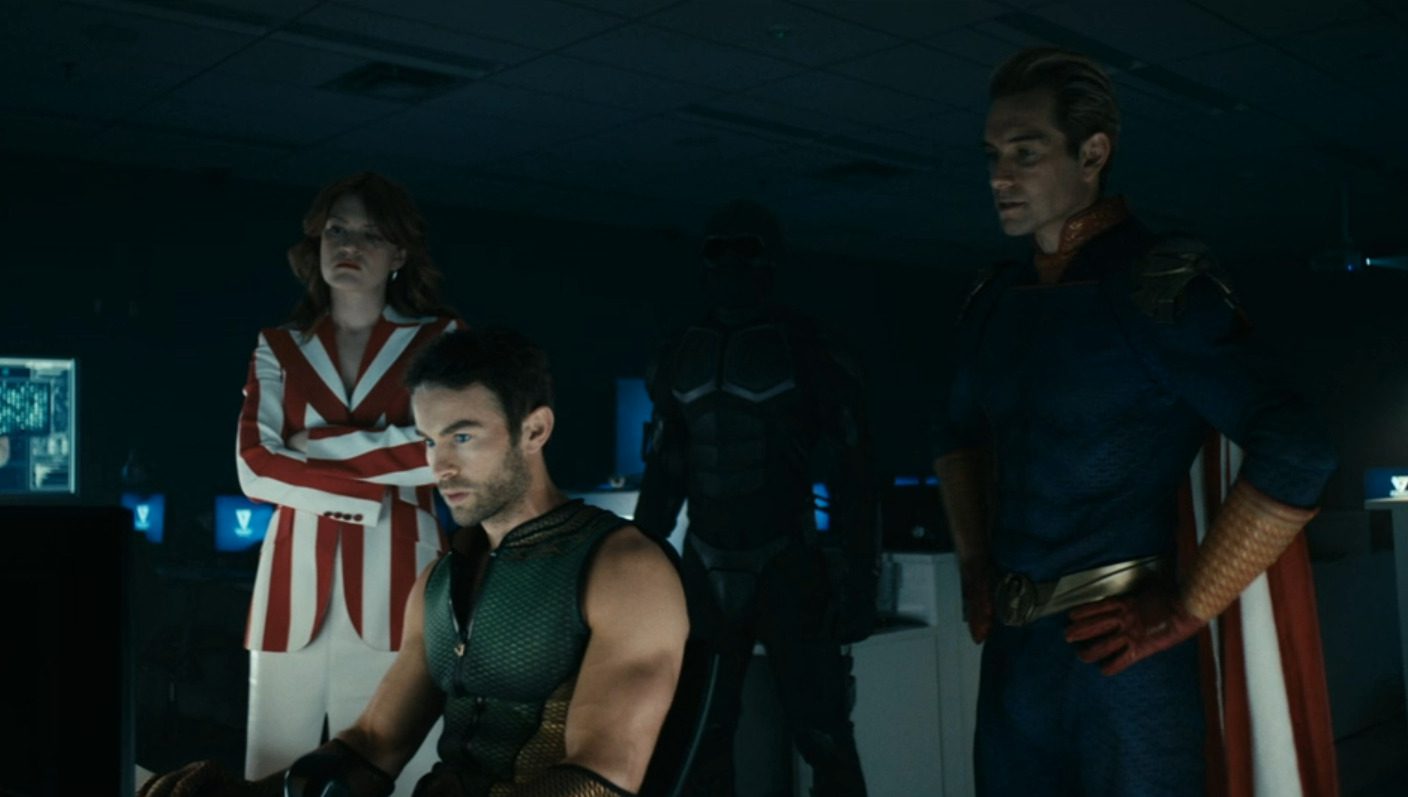 Homelander was much more concerned because Stan Edgar wasn’t present to fix the situation this time. Homelander ordered Deep to go to Vermont to check on the TNT twins as he psychologically prepared himself to meet his idol after Deep’s extensive investigation revealed that Soldier Boy was hunting down his former teammates and that his likely next target was the TNT twins who lived in Montpelier, Vermont.

In The Boys Season 3 Episode 6, Nina’s thug kidnapped Kimiko from the hospital and took her to an abandoned warehouse where they had already been imprisoning Frenchie and Cherie. Nina intended to scare Frenchie by killing one of his girlfriends, but before her thug could fire, Kimiko managed to escape and killed practically everyone in the room—all but Nina, who managed to escape. Kimiko’s injuries were treated by Frenchie as he also led Cherie and Kimiko to safety. 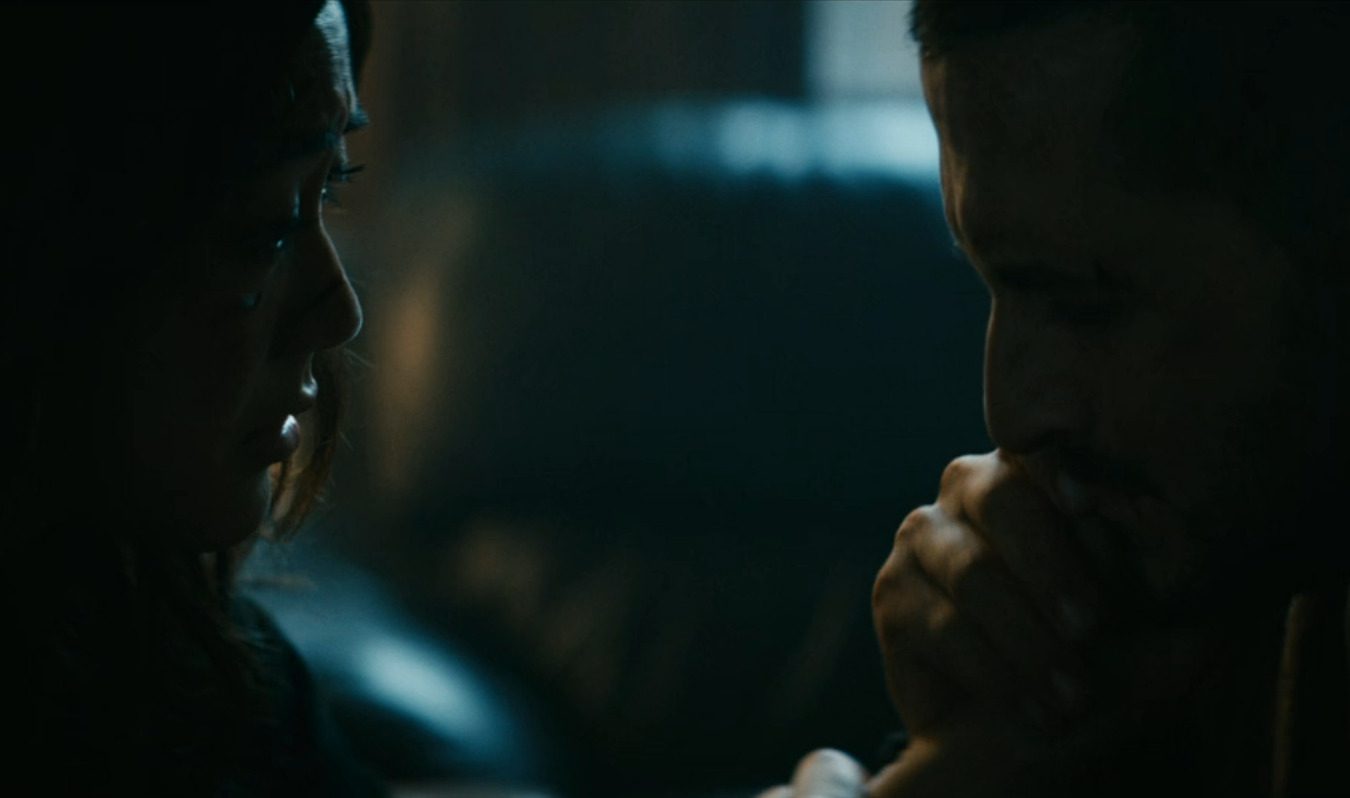 Kimiko always thought compound V was what made her a vicious murderer, but she eventually understood that the desire to kill people was always present inside her and that the chemical did nothing more than amplifying it. Frenchie, who also had a troubled history, realized that their difficult upbringing was to blame for who they were now and that they would surely be able to work over their issues as a group. He warned Kimiko that the past would constantly try to find them and drag them back into the shadows but that they needed to be resilient and keep working toward a brighter future.

After finally arranging the TNT Twins’ address for his new teammate, Butcher and Hughie immediately injected some Temp V and got ready for the fight. Soldier Boy was told by Thomas and Tessa, the TNT Twins, that Black Noir’s suggestion to hand him up to the Russians was what started it and that it wasn’t their fault. However, everyone was aware that Noir doesn’t act alone and that Vought very certainly played a role. 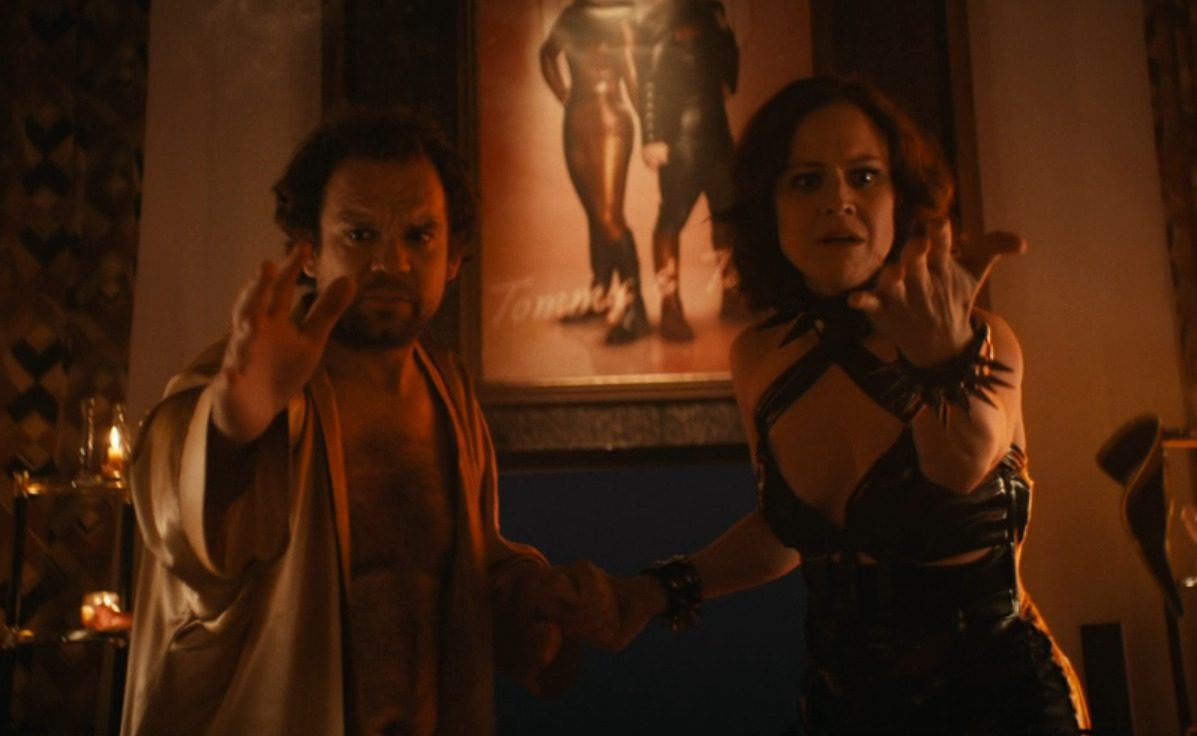 When Noir learned that Soldier Boy was still alive earlier in the episode, he immediately took the tracking device off his arm and vanished. He might pay Edgar a visit; Edgar might know how to handle the Soldier Boy issue. Stan Edgar would probably be aware of it if senior management tried to get rid of Soldier Boy for whatever reason.

The TNT Twins attempted to attack Soldier Boy after a less than a heartwarming reunion, but they were unable to do so because they had lost their powers due to years of drug usage. Loud music at the party set off another terrible incident in Soldier Boy’s life, which resulted in him killing close to 12 partygoers—both heroes and regular people—and injuring a great number more. Ironically, he forgot that he had done it. The TNT Twins were reduced to ashes, but the Homelander soon arrived to finally confront his greatest rival.

We all believed that Soldier Boy would beat Homelander in a heartbeat and emerge as the perfect contender, but sadly, he lacks “the upgrade’s” strength.  When Homelander came, he noticed Soldier Boy standing next to Butcher and immediately made the connection. He used his laser eyes to attack Butcher, then turned his attention to Soldier Boy before quickly defeating him. Butcher bravely rose up and displayed his recently acquired superpowers as Homelander was ready to strangle Soldier Boy to death. 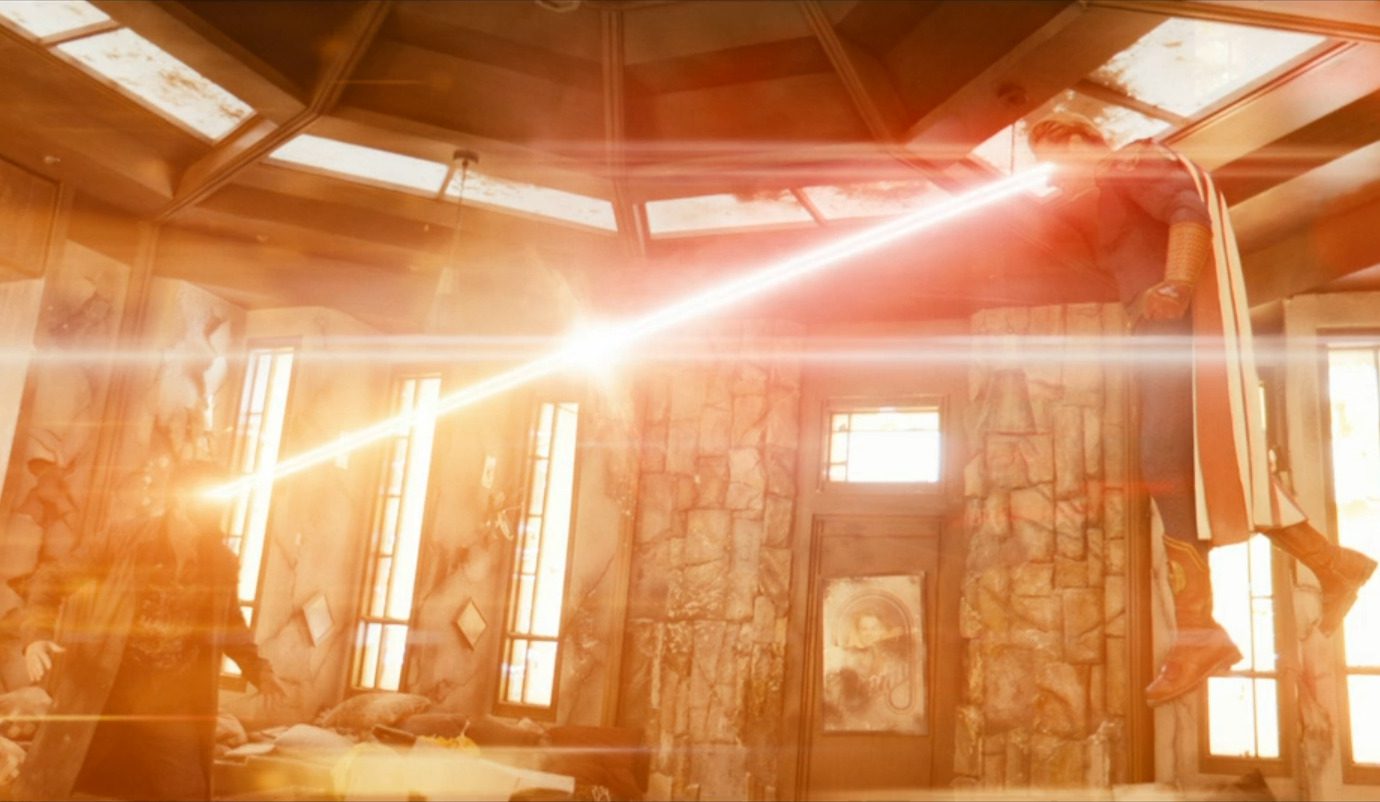 Homelander, who was somewhat dazed, attempted to fight off the two sups that were attacking him. The third then followed. When Hughie joined the group, they were able to eventually knock Homelander to the ground so that Soldier Boy could use his energy blast to finish him off. Homelander, though, used all of his remaining strength to escape before that could happen. Homelander had never been beaten so violently, and he was unable to accept defeat as he just glanced at himself in the mirror. However, that was only the beginning; the decisive conflict is still to come.

In order to bring down the villain, Annie January, a.k.a. Starlight, chose not to play the villain. As a result, she finally told the world about Soldier Boy and the reasons The Vought, including Homelander, had been keeping it a secret. Annie ultimately made the decision to leave The Seven and revealed that the Soldier Boy was responsible for the murder of 12 people in Montpelier, Vermont. She told her followers that these heroes just care about preserving their own reputations rather than helping others, with Homelander standing out as the worst of all of them.

Even though Queen Maeve had been away since the previous Episode, she revealed to the general audience what Homelander had done to her. Annie was forced to make a drastic decision as a result of Butcher and Hughie’s blind quest for vengeance. Before Soldier Boy could do any more innocent casualties, she tried to stop Soldier Boy at all costs. Annie lost a couple of her close friends in her efforts to defeat Homelander. Alex was brutally murdered while Maeve had been kidnaped, and Annie didn’t want to lose any more people. 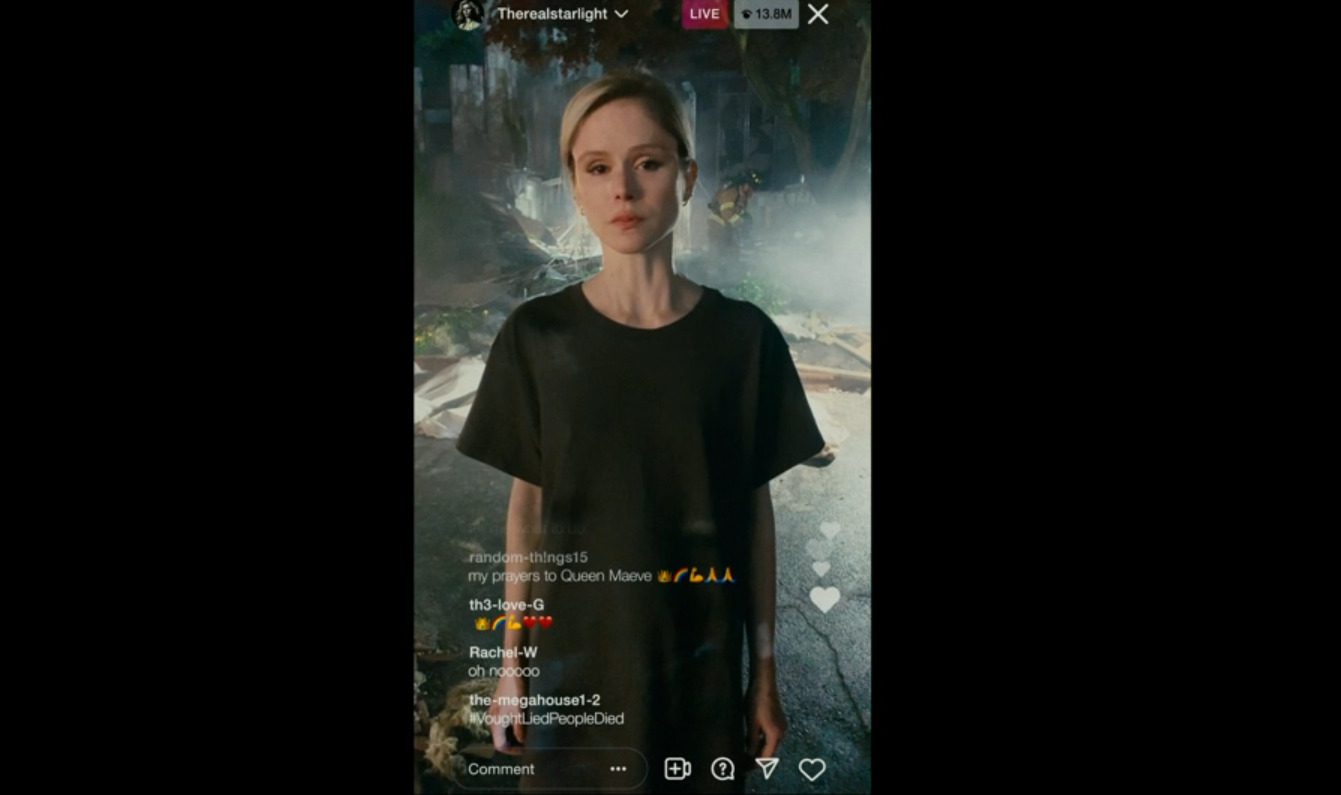 Victoria Neuman made Annie another bogus offer to completely destroy Homelander and Vought, but Annie was done with games and she understood that under the surface, Victoria Neuman was just as ruthless as the other supes. Hughie simply wanted her to work for Vought International to buy her some time, but she had had enough of that as well. She, at last, at last, recognized Hughie for who he truly was—a man just interested in getting even and uncaring of others.

He was prepared to murder a number of individuals in order to overthrow Homelander. So she questioned herself the same thing MM asked Butcher. If both the violent supes and the humans who seek to stop them slaughter innocent people nearby in order to bring the other down, what difference is left? Indeed, Butcher and Homelander are currently just two sides of the same coin.

A-Train Has A Heartattack

In terms of getting even, A-Train ultimately charged justice on Blue Hawk. A-Train brought Blue Hawk to a community event in the previous Episode so that he could apologize for brutally abusing African-Americans, but Blue Hawk lost his composure and attacked innocent civilians, inflicting serious injuries on A-Train’s brother, Nathan. Nathan will never be able to walk anymore.

The hospital later informed A-train. Ashley Barrett, the new CEO, was to handle the problem seriously at the request of A-train, but like everyone else, Ashley was unconcerned. It wasn’t the first time a supe had injured or murdered a civilian. Hughie’s girlfriend Robin Ward had been killed by an A-train, and A-Train the killer had no regrets that time, so why is he talking about justice now. 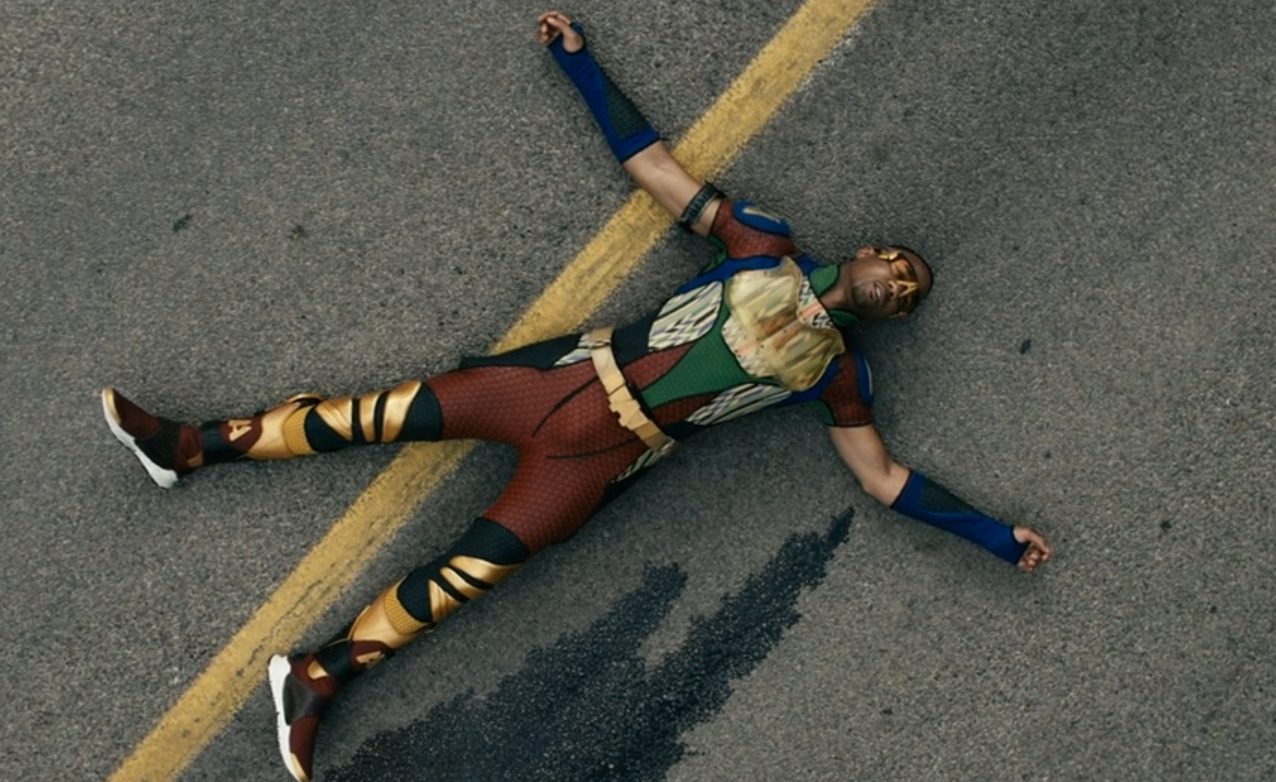 And despite widespread advice to refrain from seeking revenge inanely, Season 3 is all about it. After Soldier Boy made a mess, A-train made the decision to approach Blue Hawk at the TNT Twins’ party and eventually attacked him. Blue Hawk was taken for a stroll by an A-train, which killed him by crushing his entire body. But it doesn’t end there.

After having a serious heart attack at the end of Season 2 of The Boys, A-train had been instructed by the physicians not to use his superhuman speed once more. However, in his rage, A-Train utilized his powers, which may have caused another stroke that would be deadly. The final call of his life or death will be made in “The Boys Season 3 Episode 7.