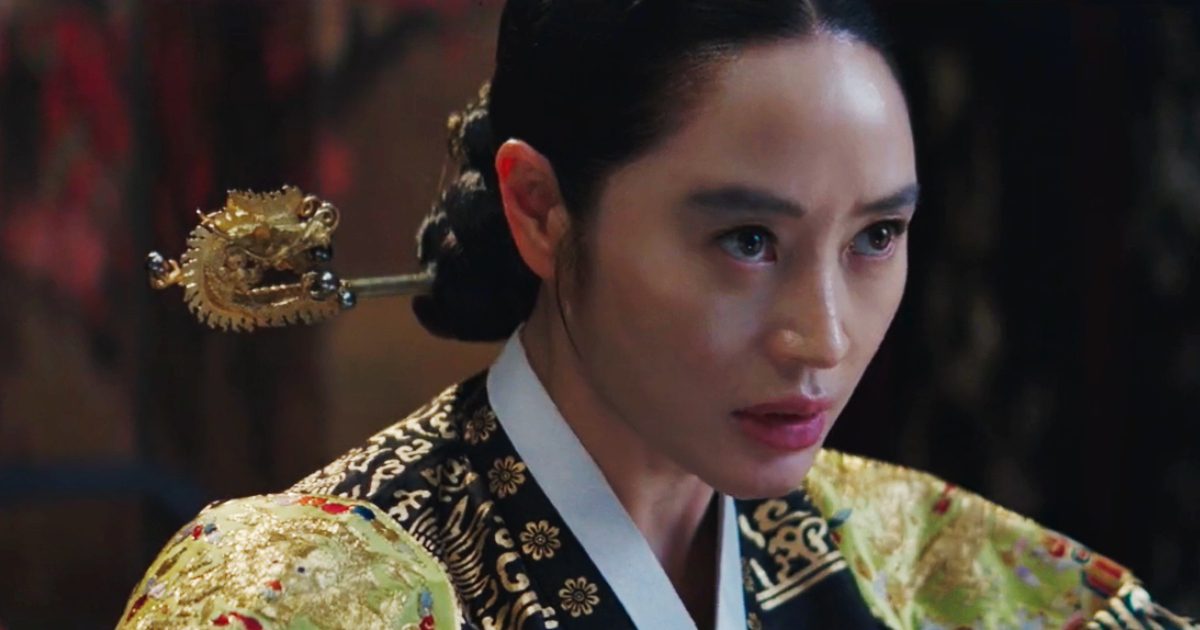 Kim Hyung-Sik’s latest drama, Under The Queen’s Umbrella, has left viewers wanting more after the last few episodes, especially since our very own crown prince candidates seem to be in an interesting competition. Filled with quite a bit of serious drama along with the added touch of motherly love, The Queen’s Umbrella sets the tone perfectly, showing just how much the Queen is willing to do for her sons.

The series is also known for the portrayal of lesser-seen issues in historical dramas. Bringing a breath of fresh air to its viewers, The Queen’s Umbrella revolves around the story of The Queen and her sons, who seem to be in danger due to their rowdiness and lack of interest in any of the palace affairs. As their mother, she goes way beyond anyone else would after she finds out their lives could depend on it.

The Queen’s Umbrella premiered on October 15th, 2022, with almost 2 million views for the first episode. Its popularity has certainly grown since then, with the latest episode receiving around 3 million views worldwide.

Under the Queen’s Umbrella: The Story So Far

The Story begins with the Queen waking up one of her sons to attend the classes with all the princes, as the King would be stopping by. She makes it just in time but receives criticism from Queen Dowager. The only son of the Queen, who seems to be skilled and disciplined, is the Crown Prince. Unfortunately, he suddenly falls ill and seems to be suffering from a disease that was responsible for the death of the previous Crown Prince.

The Queen calls for the physician and secretly treats the Crown Prince. She also urges the other rowdy Princes to get better at studies and apply for the cohort selection process. Only Prince Gyeseong is interested, but the queen soon finds out that Gyeseong has a dangerous hobby that needs to be hidden at all costs. The sons slowly accept their mother’s words and apply for the cohort selection process.

The Crown prince’s health seems to get worse, and his absence leads to tensions within the kingdom. The queen stages a vacation for him, claiming he was suffering from a skin disease and needed to go to the hot springs, all while he was in her quarters receiving treatment. The Queen Dowager hints that the winner of the cohort selection process may end up becoming the Crown Prince if anything happens to the current one.

This leads to all the king’s concubines training their sons and making them do whatever it takes to win the selection. After the first round, only Prince Gyeseong and Seongnam are the queen’s sons to be selected with the others. Prince Gyeseong leaves the competition and his mother accepts him for who he truly is. Seeing Crown Prince’s health get worse, Prince Seongnam heads to the village to find a physician who knows about the disease. 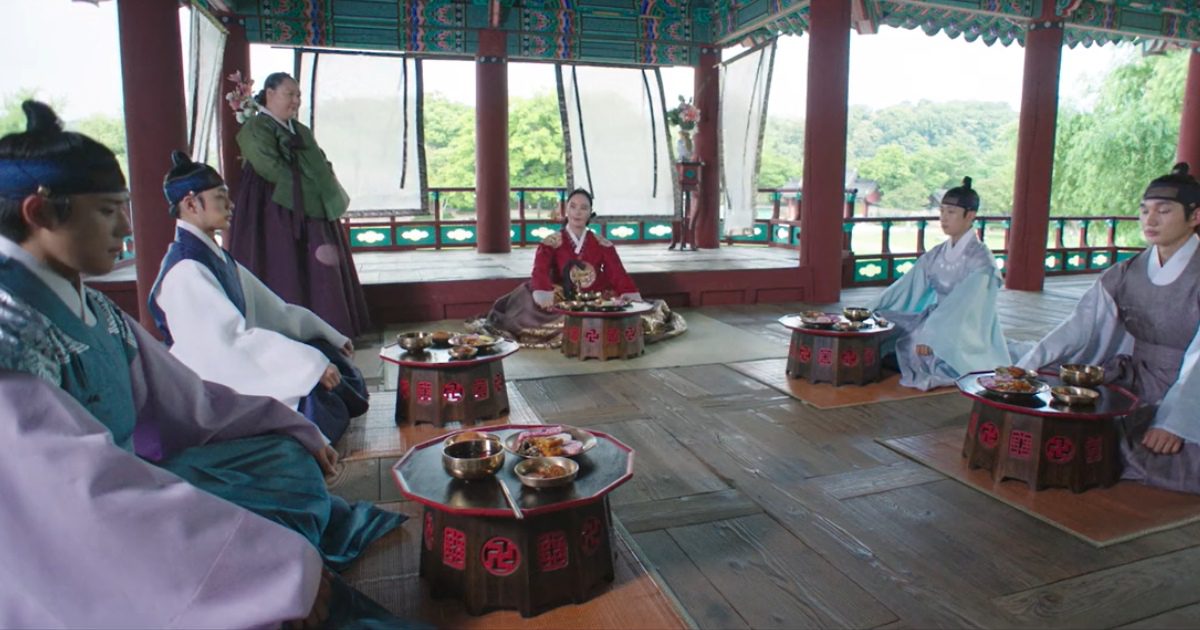 The Queen and her Sons

He manages to find him and get a prescription. Back at the Palace the Royal physician is hesitant to use herbs from the village but proceeds upon the Queen’s request. The Crown Prince gets better but suddenly coughs up blood in a public setting one day. The King questions the Royal physician while Queen Dowager secretly schemes with the other concubines.

After the Crown Prince passes away, the court members try to manipulate The King, but he cleverly sets up an interesting competition that would show who the wisest prince is. The winner would receive a chance to be the Crown Prince.

Under the Queen’s Umbrella Episode 9: Recap

In the previous episode which aired on November 6th, 2022, We see Queen Dowager falling weak but still standing her ground even with the methods she had used on the previous Crown Prince coming to light. Queen Hwa-ryeong allied with one of the most corrupt court officials to ever exist, stating that they may have to work together in the future. 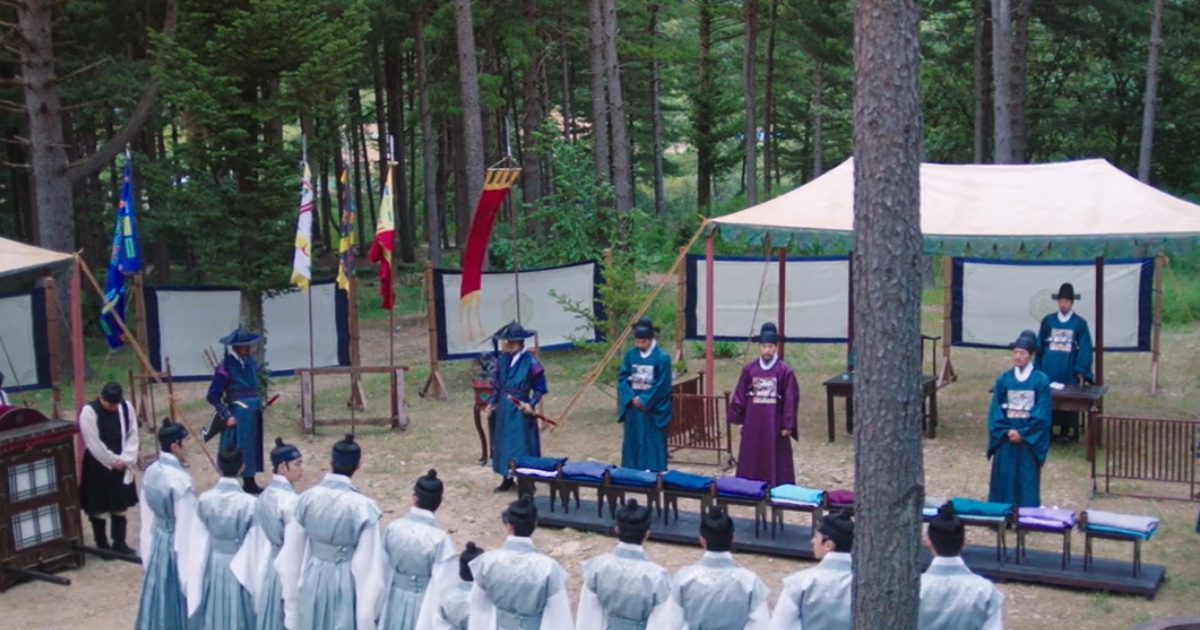 One of the concubines who had previously found out about Gyeseong’s hobby tries to find evidence to expose him in front of the Queen Dowager and, ultimately, the King. 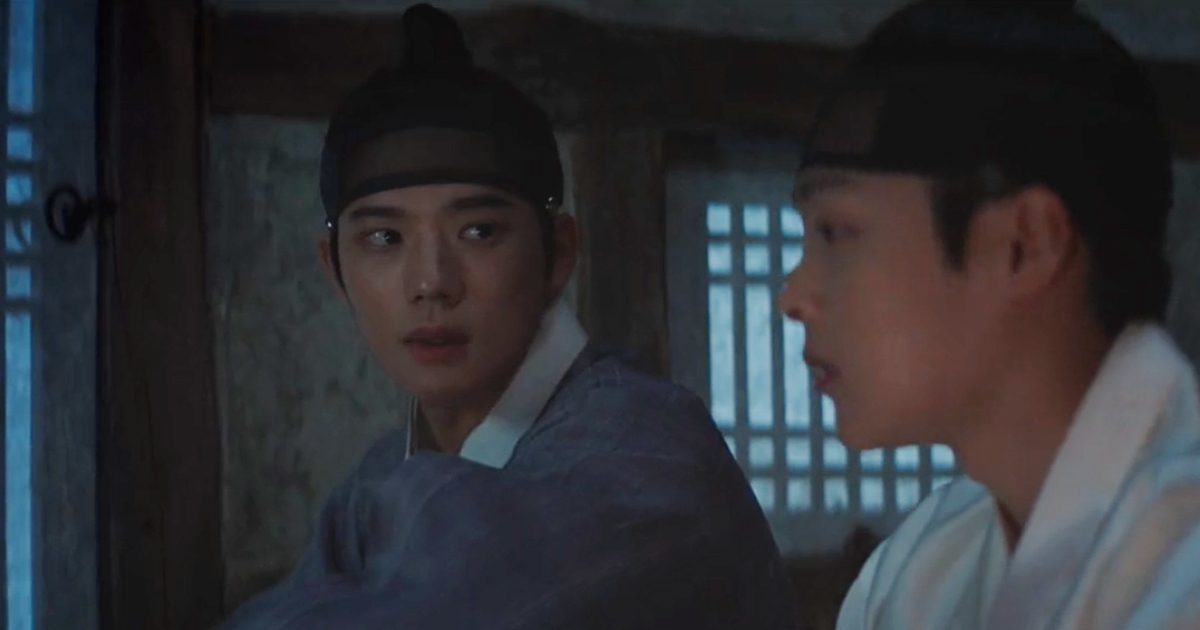 Where To Watch Under the Queen’s Umbrella Episode 10?

Viewers can stream Under The Queen’s Umbrella on Netflix on Saturdays and Sundays. South Korean Viewers can watch the show on TvN at 7:15 am EST. New episodes of Netflix are uploaded at various times around the globe.