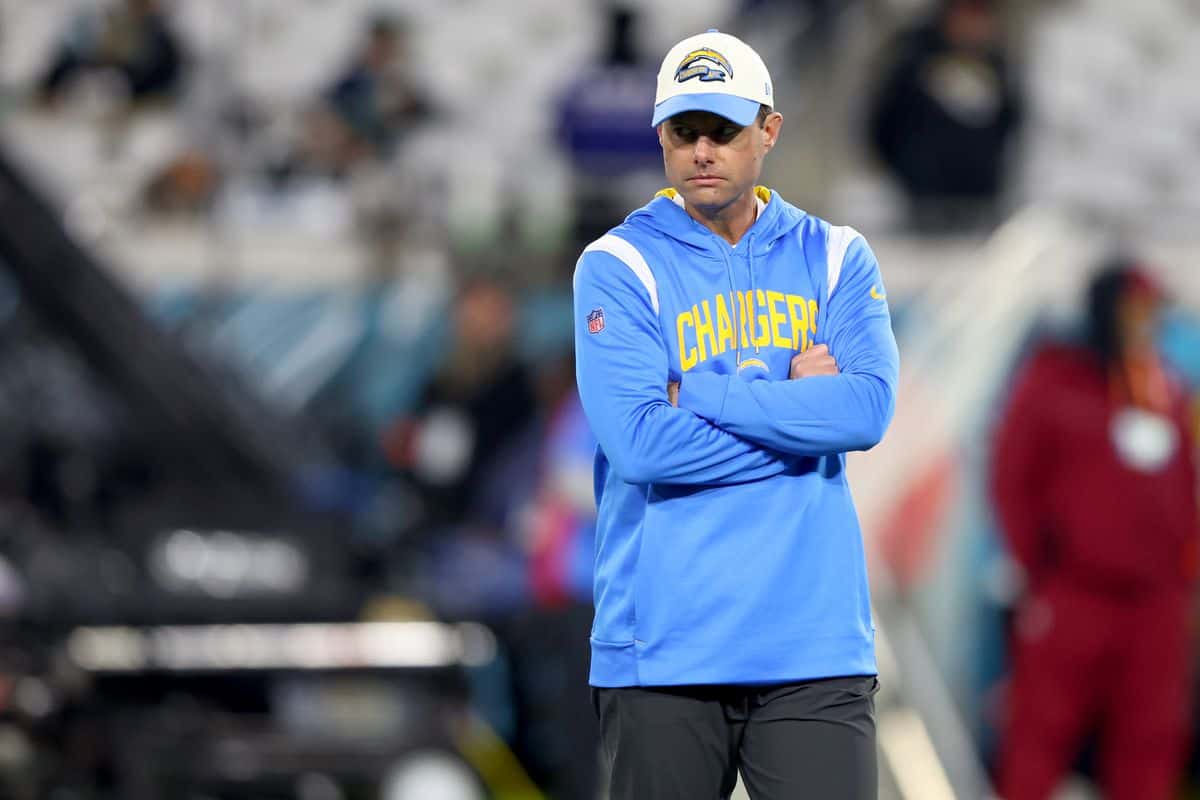 It has been more than 24 hours since Los Angeles Chargers were startled by the Jacksonville Jaguars in a Wild Card game after blowing a 27-0 lead. The deficit of 27 points is the fifth-largest in NFL history. It is the third-worst playoff collapse in history.

Different individuals have various ideas about what the Chargers should do. According to the majority of the news media, Brandon Staley should be sacked. Sean Payton’s name keeps popping up in news stories.

Fire Joe Lombardi and keeping Staley is a common position among Chargers fans. The name Tom Telesco, and the question of whether he is eligible to be GM, have aroused discussion on social media. Everyone’s initial reactions to a national television loss like that range.

I’ve had about 48 hours to think about it, and my feelings are essentially the same: Staley cannot be retained as the Los Angeles Chargers’ head coach.

In and of itself, a score of 27-0 is understandable. Doug Pederson has twice outcoached Staley this season. As a defensive coordinator, he did not adjust in the second half. Pederson gradually reintroduced Lawrence into the game by providing him with numerous choices, slants, and crossers near the center of the field.

Joe Lombardi’s offense is one of the Chargers’ most pressing issues. Many concerns will be resolved by replacing Lombardi with someone who understands the foundations of the west coast offense. Most Chargers fans will accept the team’s decision to replace Lombardi.

But let us not hold Staley responsible for the offense’s dismal performance. Because of Staley’s roster selections, the Chargers were forced to use Michael Bandy as their third wide receiver.

He and Telesco are in charge of roster management and decision-making. Both were at ease with Foster Sarell as their swing tackle in the second half of the season.

That cost them as well. Staley has also had a say in personnel decisions on defence; let’s not kid ourselves that this isn’t also true on offence. The Chargers’ receivers’ failure to gain separation is as concerning as Lombardi’s stick routes that go nowhere. 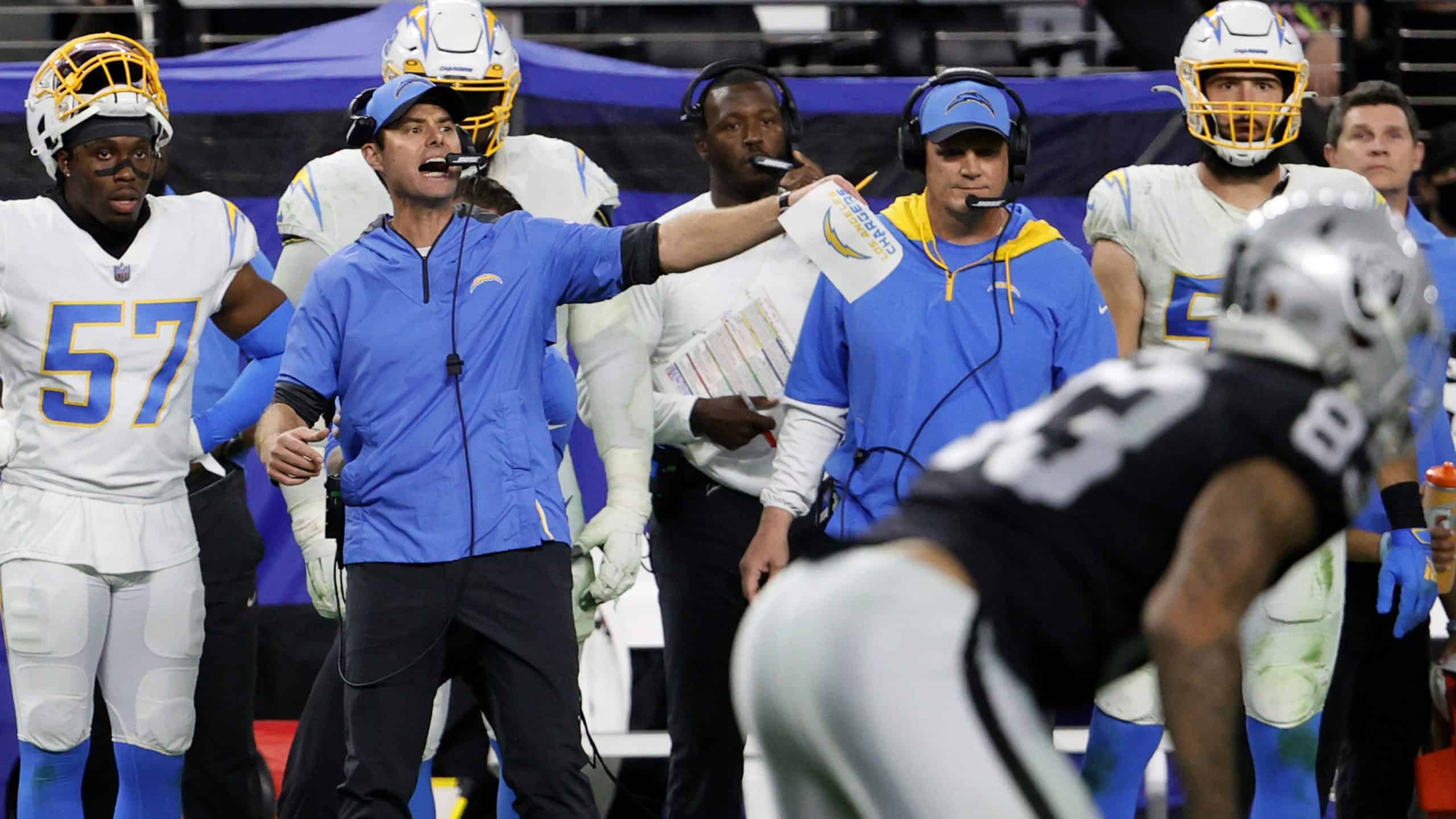 Staley bears some of the burden for the Chargers’ defensive and offensive shortcomings on Saturday night. In one region, though, he is the only bearer of the entire pie chart of blame. Mike Williams’ health and absence against the Jaguars are examples of this.

Staley’s decision to keep his players on the field after the initial quarter paid him dearly. While he asserted all week that Williams would be ready to play against the Jaguars.

it was discovered on Friday morning that Williams had suffered a back fractures and would be out for the rest of the postseason. His absence from the game against the Jaguars had a huge impact on the outcome.

The claim that the media, partisans, and “everyone on the outside” criticized in retrospect was completely false. Herbert was still on the field at the end of the third quarter, which surprised the television experts. On the goal line, Austin Ekeler was getting pummelling.

It wasn’t only Williams’ injury, which was awful. It has something to do with Staley’s method. For someone who’s put a lot of value in sports science, productivity, and player health, he threw it all out of the window to “tune up for the playoffs”. 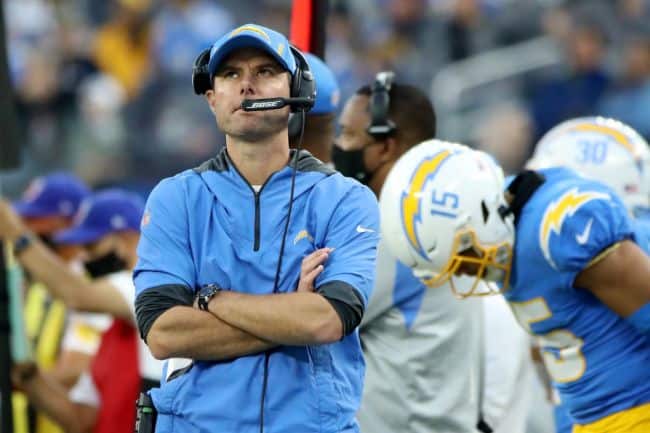 Before the game, the Chargers had already clinched the fifth seed and were on their way to Jacksonville. For a coach who is typically fairly methodical in his approach. The organization then cheered Staley on Saturday morning before the game, according to NFL insider Ian Rapoport.

Everyone is rallying around Staley, but no one can persuade me that he had no choice but to utilize the starters. The organization did back the coaching decision, albeit at a great cost.

In year two, Staley’s decision-making abilities may have diminished. I consistently stood with Staley when old-school NFL writers questioned his 4th down decisions in 2021. In 2022, however, there was no “4th and Staley” on fourth down. His skin tone revealed his lack of aggressiveness.

Staley proceeded with extreme caution in the Wild Card game, exactly one year after being hounded by the media following the Raiders’ Week 18 loss. Pederson coached to win, while Staley coached not to lose.

Staley was just rumored to have been injured in 2022. That will be a source of contention for his fans. After ranking first in adjusted games lost in 2021, the Chargers were a bottom-five club in terms of injuries.

The Chargers, on the other hand, had a large portion of their roster available for the game against Jacksonville near the end of the regular season.

Both Joey Bosa and Derwin James returned. For a few weeks, Keenan Allen had come home. The left tackle, Rashawn Slater, was also present. As previously said, Williams was the only significant absence for the Chargers when the game began on Saturday night. 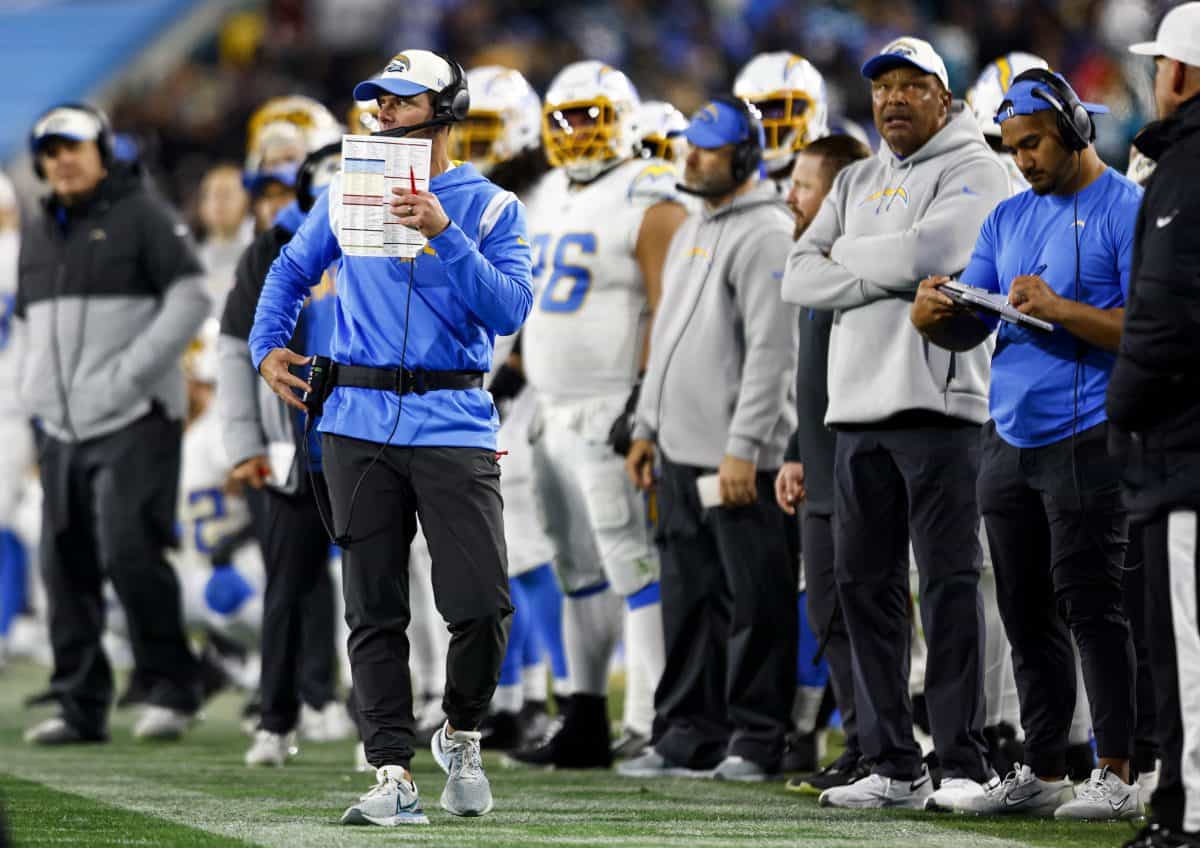 The poker chips of the Los Angeles Chargers have all been placed in the center of the table. They’ve made significant financial investments, signing multi-year contracts with key players and acquiring assets to enhance their squad.

Justin Herbert‘s rookie contract will expire in two years. That is, they no longer have the time to allow Staley to learn on the job.

Also Read – 20 Characters Who Can Beat Blackbeard In One Piece