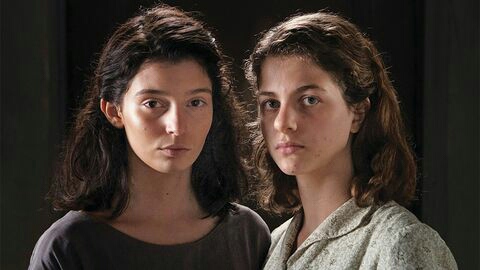 My Brilliant Friend, aka, L’amica Geniale, is originally a drama TV series that has gotten a lot of attention after it aired. To simply put it, the show was a success, and the audience loved it to the point they wanted more from the show. Recently it was announced that there would be a second season of the show. Here is everything you need to know about it.

This tv show is created by Saverio Costanzo for HBO, RAI as well as TIMvision. The name for the show comes from the first four Novels in Neapolitan Novels series, which was written by Elena Ferrante. Moreover, it was said that the whole literary work over four seasons of eight episodes. My Brilliant Friend is a co-production between Italian production companies Wildside and Fandango and international film group Umedia.

There also many other supporting characters, which are as following, Gennaro De Stefano as Rino Cerullo, Lila’s older brother. Tommaso Rusciano as young Rino Cerullo. Alba Rohrwacher as Elena Greco (voice-over)Elisabetta De Palo as elderly Elena Greco, Ingrid Del Genio as child Elena Greco, Matteo Castaldo as Peppe Greco, Elena’s younger brother. There are many other supporting characters that are present in the first season, so there is a good chance that they will return in the second season.

When is My Brilliant Friend Season 2 Release Date?

It is confirmed that there will be a second season of the show in December 2018, which is based on Ferrante’s second Neapolitan Novel and titled My Brilliant Friend: The Story of a New Name. As for release date, it will premiere on Rai 1 on 10 February 2020, and on HBO on 16 March 2020.

The first two episodes of the second season were recently released in Italian cinemas from 27 to 29 January 2020. The name of these episodes are as follows:

There is a trailer for the second season, which is available on YouTube. If you want to watch this show, it is worth your time as it has a very high rating as well has been praised by many critics.

All Rise Season 1 Episode 14: Release Date, Plot, and Where To Watch?