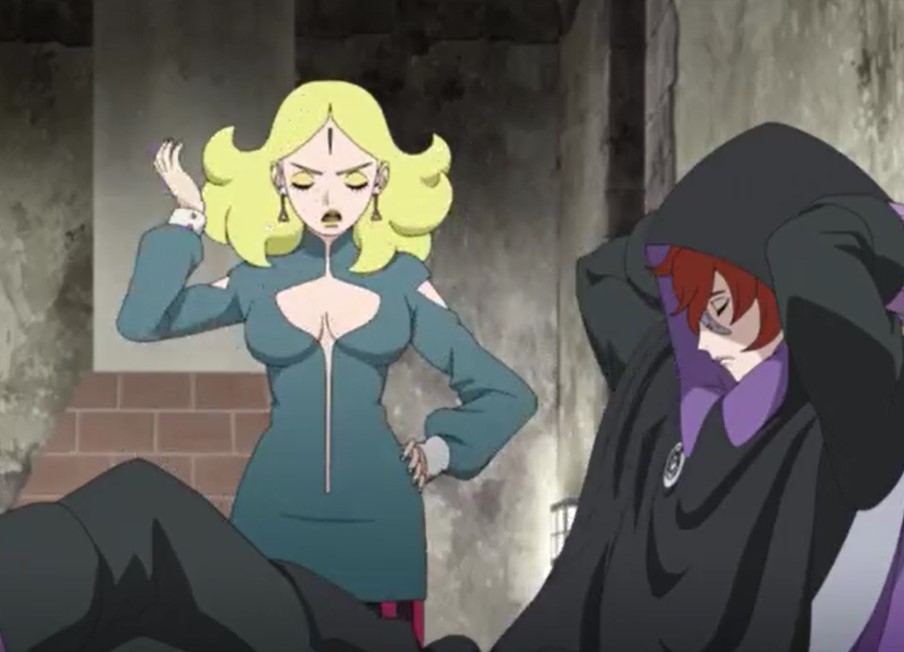 The villain Delta has just finished with her training, and she met with Code. She asks Code if he is alone and where Amado is. Code replies that he has a good job for her, and she asks if he wants to take on her. Code said he would pass on that, and Amado shows up. He heard Delta complaining that he is such an old geezer, and he said he heard her. Amado looked around and said that they are not all here yet. 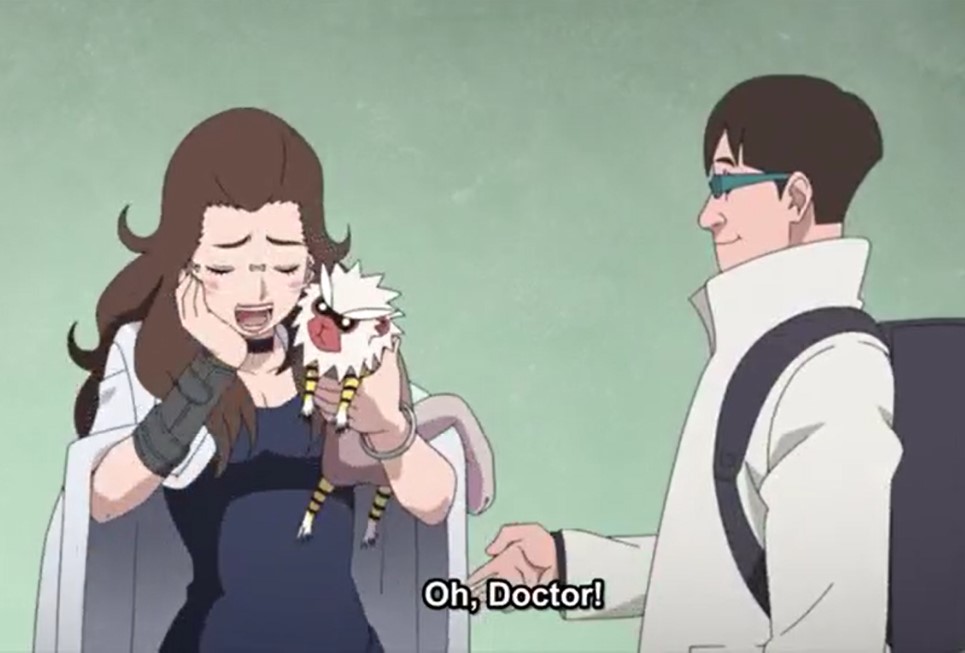 Sarada asks Dr. Katsuke if he is not in charge of the Laboratory, and he said one of his juniors is in charge of this place. Katsuke comments that his junior is still young and very talented. They both met with another scientist who shows them the way to Katatsuke junior. On the way, the lady uses a Shadow Paralysis Jutsu. She stopped a pet that was running around. Team 7 is impressed by her skill, and Katasuke greets her, revealing that she is Akita.

Akita is attracted to Katastuske, and she comments that Katastuke is still handsome. Boruto shows a weird look wondering why an old geezer is being complemented as a handsome guy. Katsuke said Akita Inuzaki is their director, and Boriuto asks if she is carrying Nue. Team seven is surprised to meet with their class rep Sumire. Sumire reveals that they were in the middle of testing a new Scientific Ninja Tool.

Boruto asks what she is testing, and Sumire said they are trying to see if she could synch her sight with Nue’s sight. Sarada asks if that is the reason she joined the Scientific Ninja Tools team. As a way to coexist with Nue and Sumire agrees. Akita reveals that Sumire has been a big help since coming here. Akita also said that now Sumire is her right-hand man. Katatsukes offers them the prototype of the new prosthetic limb.

That is the hand that Lord Seven has sent them to deliver, and Akta is excited that they have a new creation. Katatsuke told her to take a look at the scroll included with it for the working data. Boruto comments that his father’s hand, not some toy, for the Scientific Ninja Tool team. Boruto said that they have to go since their mission is now complete. He told Sumire that they would meet again. 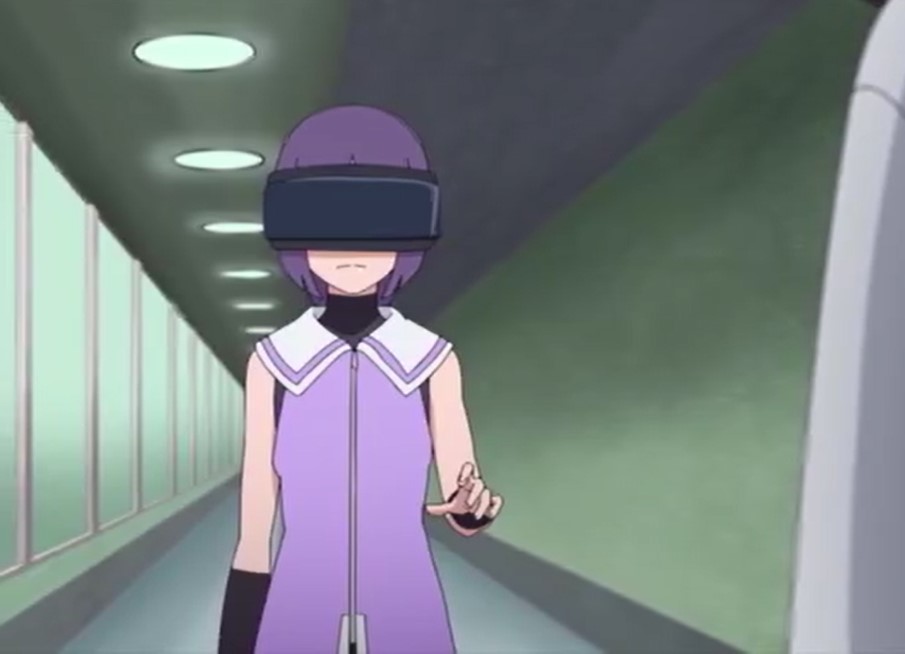 Sumire said the mission has just begun, and they went to the underground facility. Boruto can’t believe that they are helping to test out scientific Ninja Tools. Akita said that Sarada would be taking two on 1. Sarad comments that she will show them, and she told the two to come back at once. The trio started sparing, and Mitsuki, along with Boruto, is sticking to their plans. Boruto jumps up and unleashes a vanishing Rasengan, telling Sarada that he got her.

Sarada comments that it will be useful during combat, and Boruto said it is a cowardly move. Akita gave them scientific boots and gloves to try them, but Boruto said he doesn’t feel like using unfair tools. Boruto also said he doesn’t want to approve the tools and ask Mitsuki if he is okay with it. Mitsuki said that it is fine if they are used in a good way. They tested different tools while Naruto talks about Mugino and Konohamaru’s search.

You can also read the latest development here: Boruto: Naruto Next Generations Episode 183. All thanks to the latest youtube preview along with the Anime rewatch for all of the above details.