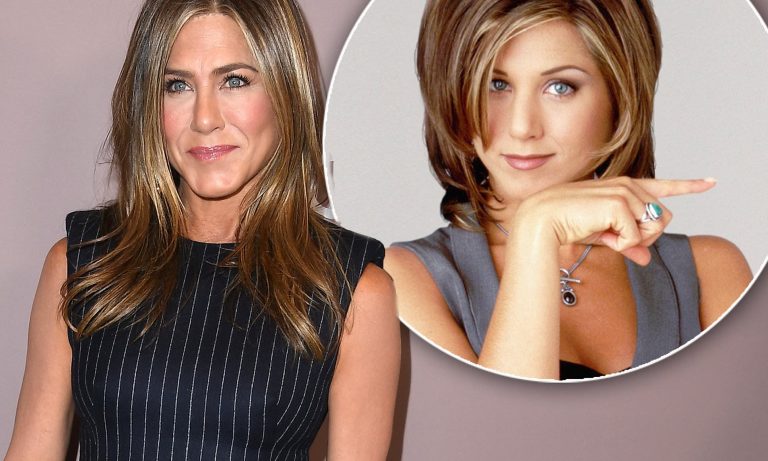 Jennifer Aniston: 10 Best Roles After ‘Friends’ That Are A Must Watch

For eternal fans of Friends, there is a huge problem. No matter what Jen does, I will always see her as Rachel Green from Friends. It no surprise that she earned Primetime Emmy, Golden Globe, and Screen Actors Guild awards for her portrayal of Rachel Green.

Named as Jennifer Joanna Aniston, Jen is an American actress, film producer, and businesswoman. She is the daughter of actors John Aniston and Nancy Dow, but she had humble beginnings. Aniston began working as an actress at an early age with an uncredited role in the 1987 film Mac and Me. Thanks to the iconic sitcom Friends, Aniston became a sensation worldwide. She is also known as the 1990s biggest stars, and, out of the cast of six, she is the one who landed big projects during and after the show ended.

Jennifer’s first major film role came in the 1993 horror-comedy Leprechaun. After that, she rose to mad fame immediately when she was cast as Rachel Green in Friends. Since her career grew in the early 1990s, she kept doing movies on the side as well. Even though she starred mainly in comedies and romantic comedies. But with Cake, The Morning Show, she has branched out and taken diverse roles.n drama movies.

Currently, Jennifer Aniston is one of the highest-paid actresses in Hollywood.

Jennifer starred in the 2013 black comedy Life of Crime, alongside Isla Fisher and Seana Kofoed.

Life of Crime is directed by Daniel Schechter. It is an adaptation from Elmore Leonard’s novel The Switch. Many adaptations have taken place since then, including character revisitation in his novel Rum Punch in the year 1992). The novel was also adapted into the Quentin Tarantino film Jackie Brown in 1997.

The story is about 1978 Detroit where a stoic socialite Mickey Dawson becomes the target of an ill-planned kidnapping plot. Since fumbling ex-cons, Ordell Robbie and Louis Gara execute the kidnapping, only to get rich as soon as possible.

Jennifer Aniston did a wonderful job in the romantic comedy Wanderlust.

The movie arrived in 2012, with direction by David Wain and writing by Wain and Ken Marino. Wanderlust is one of those iconic Judd Apatow movies. The actor Paul Rudd also acts as a producer along with Judd.

Jennifer Aniston and Rudd play a married couple who are sick of living in the modern world. As a means to escape modern society, they drive off. Eventually, they find themselves on a commune in Georgia. Basically the entire movie is set in the backdrop of economic crashes.

They know NYC is no longer a viable option for them, so they leave the city.

Jennifer and George play George and Linda Gergenblatt, looking for an escape. Their life turns haywire overnight,  George learns that his company has folded, and HBO rejects Linda’s documentary.

Just Go with It

Just Go With It is a Comedy/Romance.

Jennifer Aniston pairs up with a longtime friend, Adam Sandler in this movie. It has its roots in old literature. The movie is based on the 1969 film Cactus Flower. That in turn is is an adaptation of the 1965 Broadway stage play written by Abe Burrows. Which in turn is also an adaptation. That is, it is based upon the French play Fleur de cactus.

Just Go With It is directed by Dennis Dugan, written by Allan Loeb and Timothy Dowling. The movie stars Adam Sandler as a cosmetic surgeon and Aniston as his lab assistant. Other stars in the movie are Nicole Kidman, Nick Swardson, and Brooklyn Decker.

The Morning Show is a web Drama.

This Ameican TV series arrived earlier this year. It gives us a peek into the nitty-gritty and the inside reality of daily news. But more specifically people who help Americans wake up each day, i.e. the morning news deliverers.

It is set in the backdrop of the #MeToo movement and it explores the trials faced by the show hosts, specifically those who work in morning television. The Morning Show derives inspiration from Brian Stelter’s book “Top of the Morning: Inside the Cutthroat World of Morning TV.”

This drama web television series stars Jennifer Aniston in the lead as Alex Levy. Reese Witherspoon and Steve Carell are in the main cast as well but next to Aniston. The show premiered on Apple TV+ on November 1, 2019.

Marley & Me is a Family/Comedy.

Owen Wilson and Jennifer Aniston form a perfect couple in Marley & Me. They are the owners of Marley, a Labrador retriever. They adopt a dog to see whether they are ready to have babies and raise a family.

The film is a 2008 comedy-drama that is directed by David Frankel and written by Scott Frank and Don Roos.

The film derives inspiration from the memoir of the same name by writer John Grogan. Marley & Me was released in the United States and Canada on December 25, 2008, It holds special Christmas record, in that it was the largest Christmas Day box office ever with $14.75 million in ticket sales back in 2008.

We’re the Millers is a Comedy/Crime.

This is the most entertaining and funniest Jennifer Aniston movies on this list!

We’re the Millers arrived in 2013. It is directed by Rawson M. Thurber and it stars Jennifer Aniston, Jason Sudeikis, Emma Roberts, Will Poulter in the main roles. The supporting roles are played by Nick Offerman, Kathryn Hahn, Molly Quinn, and Ed Helms. Jennifer has done a terrific job by playing a smart woman who knows how drug business works.

The movie traces the story to a pot dealer (Sudeikis) who has a drug smuggling heist to pull off. He convinces his neighbors to help him by pretending to be his family. In order to not look suspicious, they pretend to be on a family trip, from Mexico into the United States.

We’re the Millers was written by Bob Fisher, Steve Faber, Sean Anders, and John Morris. The story comes from Fisher and Faber.

The Switch is a Romance/Comedy.

Jennifer wants a baby more than anything in this movie, so unable to find a partner, she is left with one option, sperm donation.

The Switch is a 2010 film directed by Josh Gordon and Will Speck. The screenplay of this movie is written by Allan Loeb. In the beginning, the film was supposed to be called The Baster. Besides Aniston in the lead role, the film has Jason Bateman and child actor Thomas Robinson in the cast. Patrick Wilson, Juliette Lewis, and Jeff Goldblum are the key supporting roles in The Switch.

Jennifer and Jason are the best of pals, so their chemistry as pals in this movie is endearing.

The Good Girl is a Drama/Comedy.

Some also say it is a black comedy. The movie is directed by Miguel Arteta and written by Mike White. Jennifer Aniston stars as the good girl herself who works in the departmental store. The other cast includes Jake Gyllenhaal and John C. Reilly.

The story is about Justine, who is about to be 30, she is unhappy with her life, working at a departmental store. She lives with her husband Phil (John C. Reilly), who is an ambitionless house painter who spends most of his time smoking hemp with his best friend, Bubba (Tim Blake Nelson).

Justine starts and affair with a boy (Jake) from the Retail Rodeo, together the two of them plan to loot the store and run away far.

Cake is a Drama.

One of Jennifer’s hard-hitting movies is Cake. She broke new ground when she decided to do a drama. Jennifer didn’t usually do deep, dark, and more serious roles before this movie came along in 2014.

The story is simple after she has continuous visions of a member of her support group who killed herself. She seeks empathy and comfort in the widower (Sam Worthington) of the suicide.

The movie arrived in 2003 when Friends was still on the air. It was directed by Tom Shadyac and written by Steve Koren, Mark O’Keefe and Steve Oedekerk.

Jim Carrey plays Bruce Nolan, a downer, TV reporter who complains to God (Morgan Freeman) that he is not being treated correctly. God offers him the chance to try being God himself for one week and cure things in the world.

Horrible Bosses is a Comedy/Crime film.

The movie Horrible Bosses was a mega success because of its on-time comedy and Jennifer’s presence. She plays one of the horrible bosses, Julia, a dental surgeon to Charlie Dey in the show.

The story is about three friends, Nick, Dale and Kurt who have personal grudges against their cruel bosses. They decide to hire a hitman to kill all three bosses of theirs. Things don’t stay on track and they are in deep trouble!