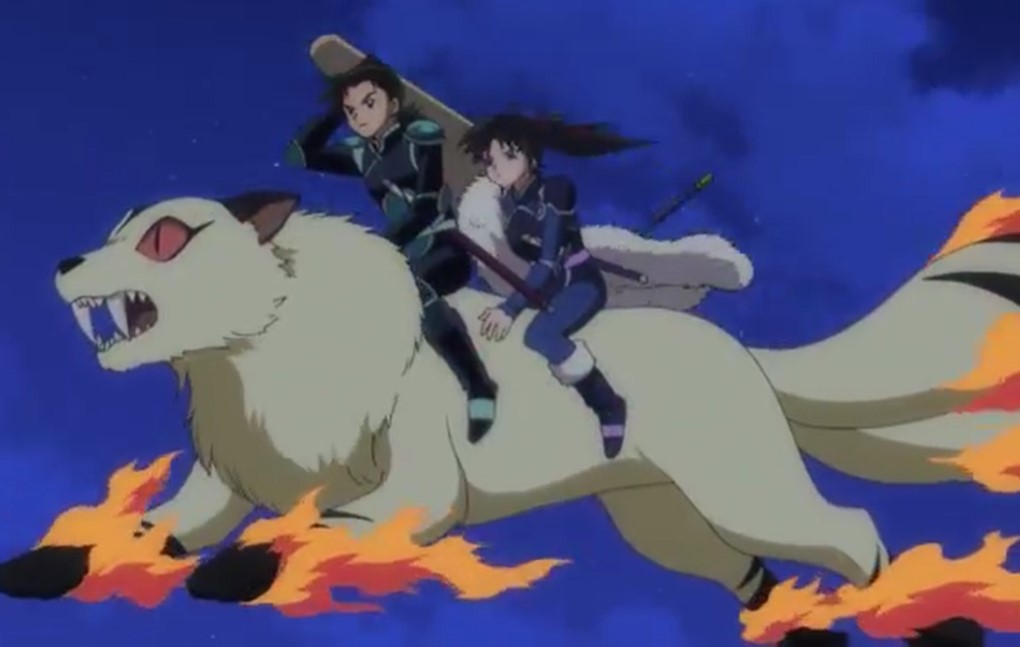 Today we will be looking at Yashahime: Princess Half-Demon’s recent updates. Note that only two episodes left to conclude this anime. Kirimaru’s retainer Riku gets to know that the Dog-Demon of the West has been spotted at Kamakura. He is outside the ship where Beautiful Mystery Demon-Zero, Beast King Kirinmaru, and other demons are taking meetings. Konton and Kyuki think that it is their chance to strike and put an end to him.

Kyuki comments that they will finally rule the entire land. Konton asks Kirinmaru to give them orders. Kirinmaru said he doesn’t attack people who are weak or wounded. He wants to win the battle fair and square. Kirinmaru doesn’t want other demons to look at him as a weak demon that waits for other demons to be wounded and strikes. He told Konton that a battle must be won with honor. Kirinmaru calls for Riku to come inside.

Yashahime: Princess Half-Demon Episode 22 will release on Saturday, 6 March 2020, at 5:30 PM on Crunchyroll, Funimation, and Netflix. Take a look at the updates, recap of the last episode, and preview below. 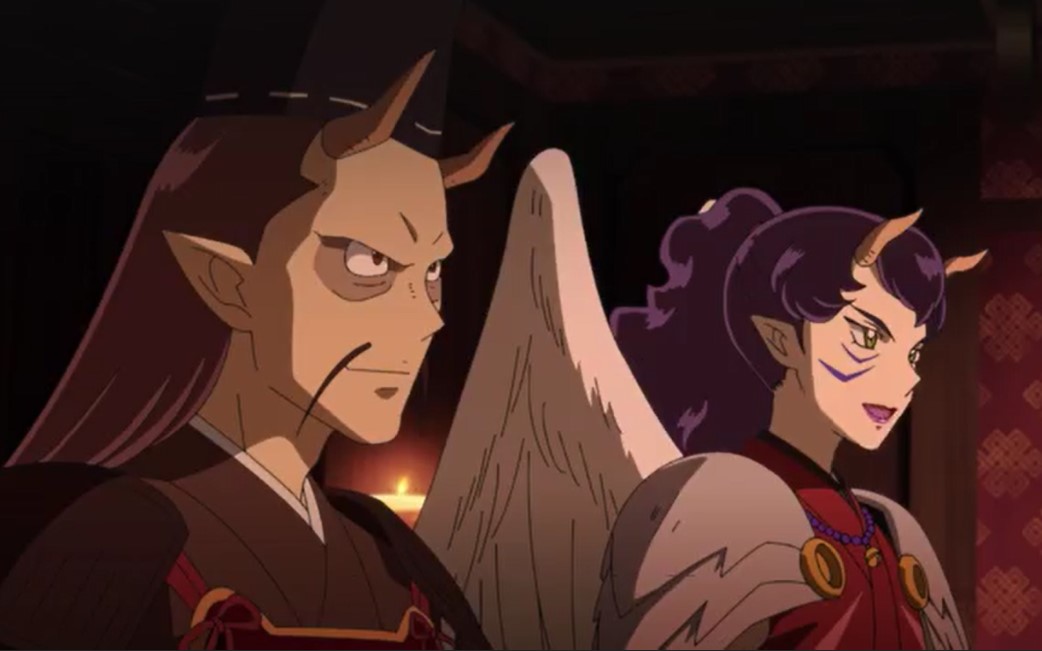 Riku manages to collect medicinal herbs hers when he arrives at the mansion. He finds that it is burning and concludes that it is too late; the Great Demon-Dog is dead. One of the villagers comments that Izayo’s mansion is burning. He spins his earring back and arrives at the ship. Riku told Beautiful Mystery Demon-Zero what has happened at Izayo’s mansion. She cannot believe that Great Demon-Dog has passed away.

Demon-Zero comments that they are all demons, and they were fated to journey an endless path. To wander through an eternal destiny. She thinks Shikon Jewel’s ominous prophecy has come true. Riku reveals that Izayoi and the half-demon child survived, but only the Great one has fallen. Demon-Zero said she knows, but those who are loved are fated to end in beauty. Riku comments that what is coming from Demon-Zero’s eyes is pretty.

Demon-Zero pushes away Riku and asks if he thinks her tears are pretty. She told Riku that he has such poor taste. Demon-Zero said that she would never shed these wretched tears again. She squeezes Shikon Jewel to grant her a wish, and when her tears touch the Jewel, Seven Rainbow Pearls emerges.

The Secret of the Rainbow Pearls 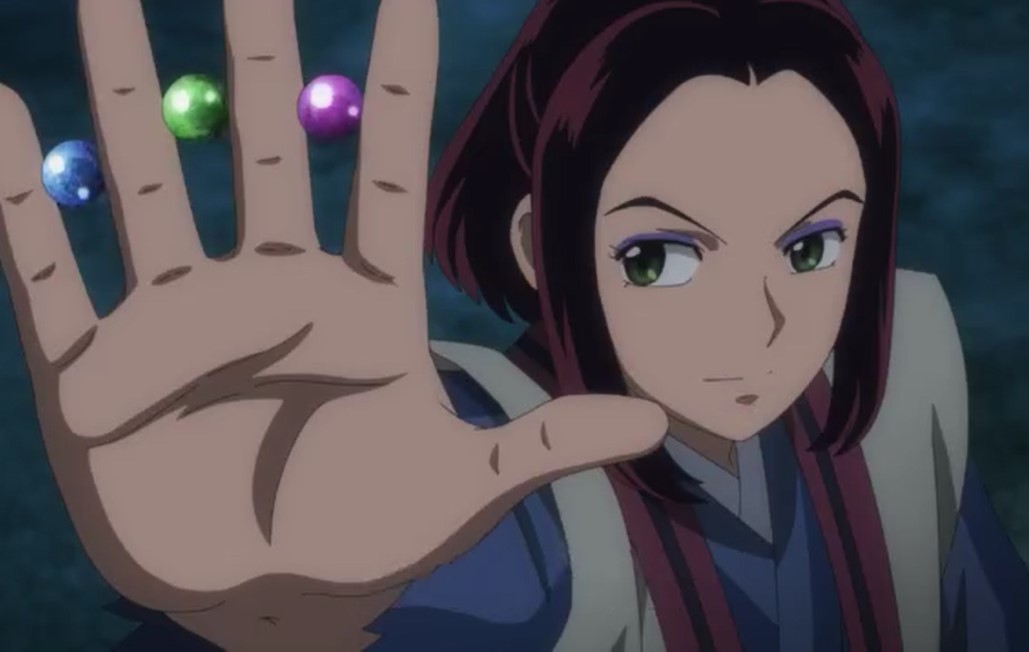 While Setsuna told Towa not to get out of the house tonight. Towa went out in the evening with Hisui, who asks why Towa must stay inside the house. Setsuna reveals that it is the night of the new moon, and Towa turns into a real human. The next day she will turn back to her half-demon form. Kaeda talks with Towa about her mother, Rin, who give birth and disappear. Kaeda said it had been 14 years ever since Rin has disappeared.

Later, Towa heads out after she saw a spirit dream butterfly. While Totestu wants to get his revenge, he realizes that today is the day of the new moon one of the half-demons loses their powers. He took out a Rainbow Pearl that lead him to his target. Riku arrives where Towa is, but he is aiming for her Rainbow Pearl. When he is drinking tea with her, Totetsu also arrives. They started to battle for who will get Towa’s Pearl. 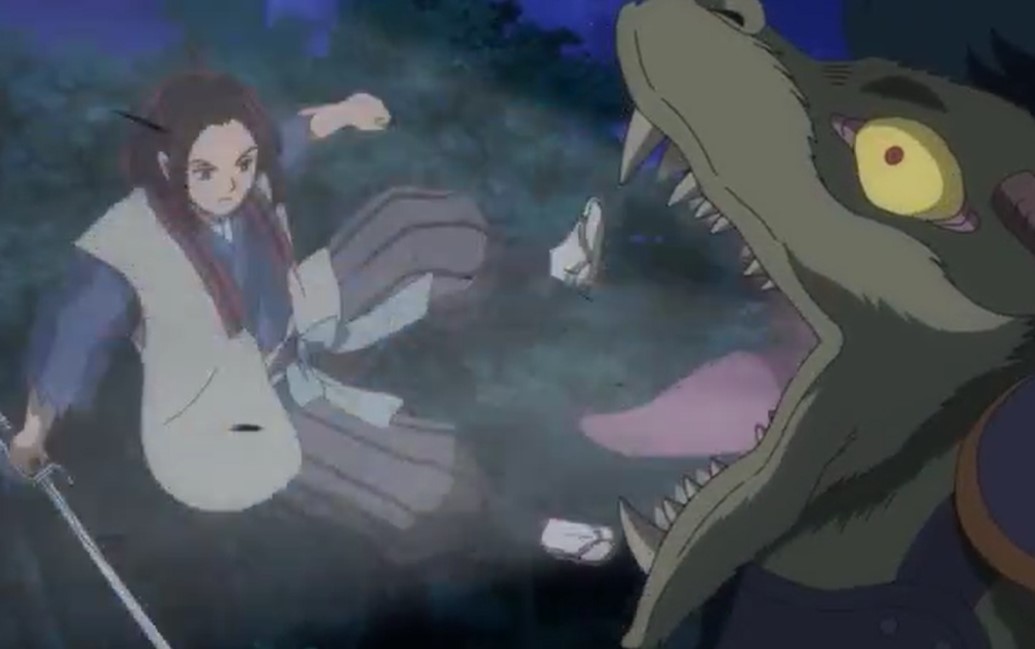 Totetsu said he wonders how Riku tastes like maybe he tastes like Lord Kirinmaru. He tried to eat Riku, but Riku manages to jump away. Riku fights all night trying to protect Towa so that Totetsu won’t get the Rainbow Pearl. Later Hisui, Moroha, and Setsuna arrive. They attack Totetsu, who realizes that the sun is about to set. When the sunset, Totetsu decides to escape.

Towa turned back to her half-demon form and told Totetsu to do what he was doing. Totetsu spits a flying cloud and rides on it, but Riku teleports a sword that cuts Totetsu’s head. Riku takeTotetsu’s Ranbow Pearl. Towa realizes how Riku protected her and gives him her Silver Pearl. Riku can’t believe that she is giving him for free since he was planning to steal it.

He left the forest, and Setsuna question Towa why she gave him the Silver Pearl. She comments that she hopes that Riku is not working with Kinrunmaru and he will not use the Pearl for evil Towa realizes that Riku was fooling her, and she decided to get her Pearl back. Riku has five Rainbow Pearl, only two left for his mission.