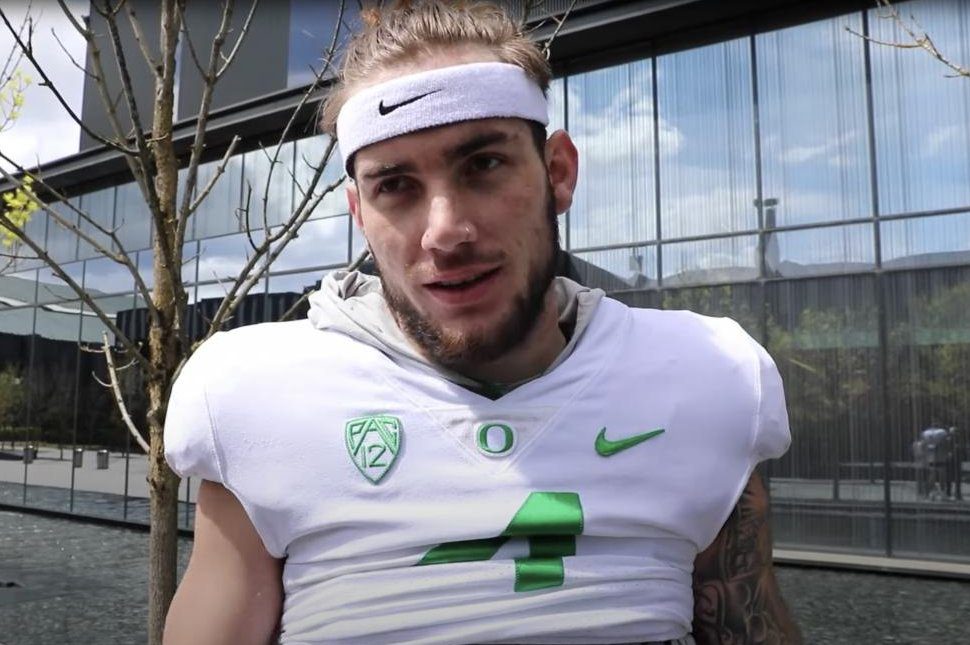 Spencer Webb, the 22-year-old Oregon Ducks, passed away tragically on Wednesday. Spencer Webb’s girlfriend, Kelly Kay, is broken over the devastating news. She wrote – “my best friend, the love of my life, I have never loved anything as much I love you!” on social media. Kelly stated that Spencer was her everything; he gave her purpose and showed what it is like to be cherished and valued! She wrote. Kay said they had so many big plans, and she didn’t know where to go from here.

But she knows Spencer will be watching over her, keeping her strong. Kelly also said that Spencer always used to put everyone else before him, and she would try to hold the same kind heart as he did. Kelly ended the message to her late boyfriend by saying – “from this life to the next, I love you so much and will find you again.” with a dove and a snowflake emoticon. Kelly also made the national news in 2020 when she hopped a railing during Super Bowl LIV in Miami and shortly streaked on the field during the Chiefs v/s 49ers championship game.

Also read: Spencer Webb Dies in a Tragic Accident at The Age of 22

Spencer Webb was publicly dating the model/influencer Kelly Kay. The couple went public with their relationship on social media on July 12, 2022, just a day before the tragic accident. Kelly shared an Instagram post consisting of a series of photos of the couple with the caption: “Tell your friends about it.” 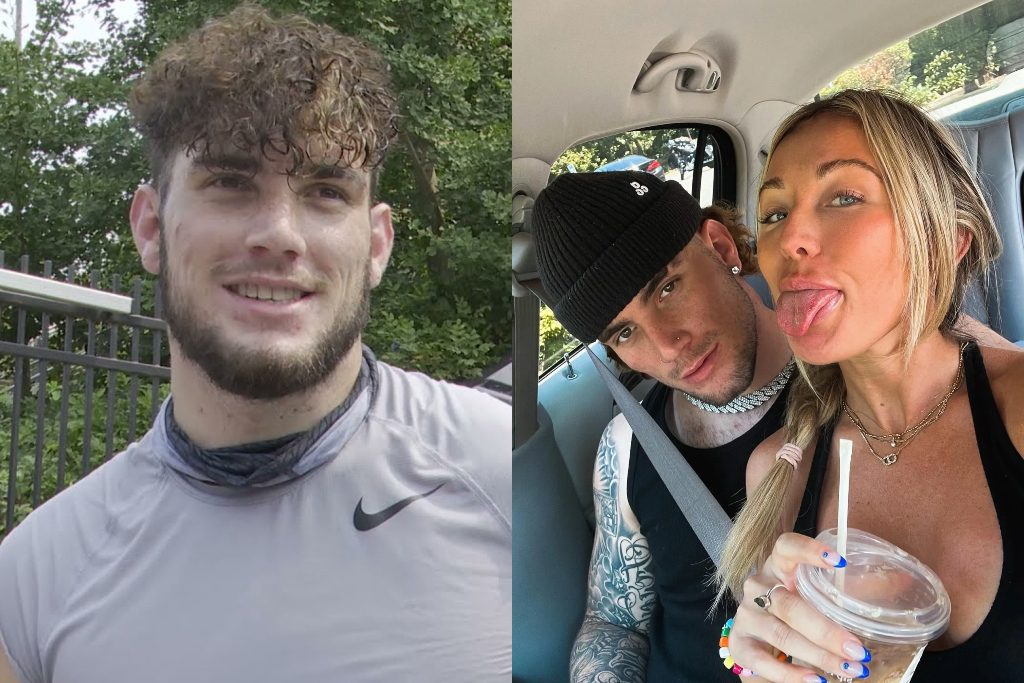 Spencer Webb joined Oregon’s football team in the year 2018. He starred in H.S. at the Christian Brother’s Academy in Sacramento. He went on to play in 20 games for the Ducks. He was also expected to have a key role with the team this session. Everyone from the University of Oregon, the head football coach Dan Lanning, his teammates, his friends, his family, and fans expressed devastation over the sudden tragic loss. The Oregon Duck’s head coach, Dan Lanning, also tweeted, “so full of life in every moment of the day, his smile and energy will be missed every day!”

Spencer Webb passed away on Wednesday, July 13, after suffering injuries from a cliff-diving accident. The football star hit his head hard after falling along the dangerous rock slides area of Lake Creek in remote Lane County near Triangle Lake, according to a statement by the Lane County Sheriff.

Details surrounding the player’s death are unclear, but the Lane County Sheriff’s Office said they responded to an emergency call Wednesday afternoon for an injured person. Despite the rescue efforts, the man fell and struck his head and could not be saved sadly. According to the investigators, there was no evidence of foul play on the death scene, and the death appears accidental.

Spencer not only made his mark on the University of Oregon’s football team but also brought so much to those who were closest to him. His girlfriend Kelly, his close friend Cody Avilla and a friend from home, and roommate Manny Olvera spoke to Fox 12 about Spencer’s impact on them. Kelly stated that she had never connected with somebody so quickly, she just knew he was like her, and he made her feel cherished. She added that he always found time for everyone, his friends, family, or teammates.

Kelly and Webb’s friend Cody Avilla stated they were with him the afternoon of the accident. Avilla remembers Spencer as a selfless person who always made the time to mentor young athletes. He recalls a day when Spencer went out of his way to attend a youth football game of a close friend’s son. 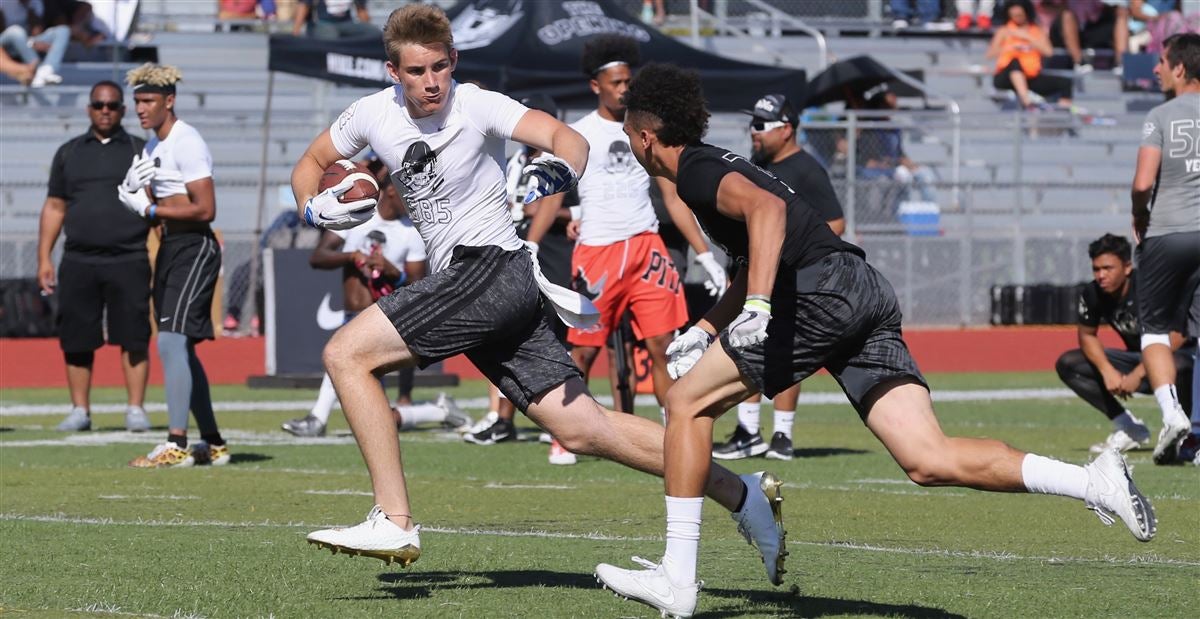 Avilla added that despite having a morning and evening practice, Spencer went to his home to grab these guys and drove out to Elmira to watch him play ball as he knew how much those kids looked up to him. Recalling another memory of Spencer, Olvera and Avilla said mentoring young footballers were his constant passion. Olvera recounted when Spencer flew down to the Los Angeles area to surprise a young fan after the kid’s parents reached out to him on social media. Spencer spent the day giving away signed jerseys to the kid and all of his friends and playing football with them.

Also read: Who was Paul Walker’s Girlfriend? The Fast & Furious Actor’s Love Interest At The Time Of Death