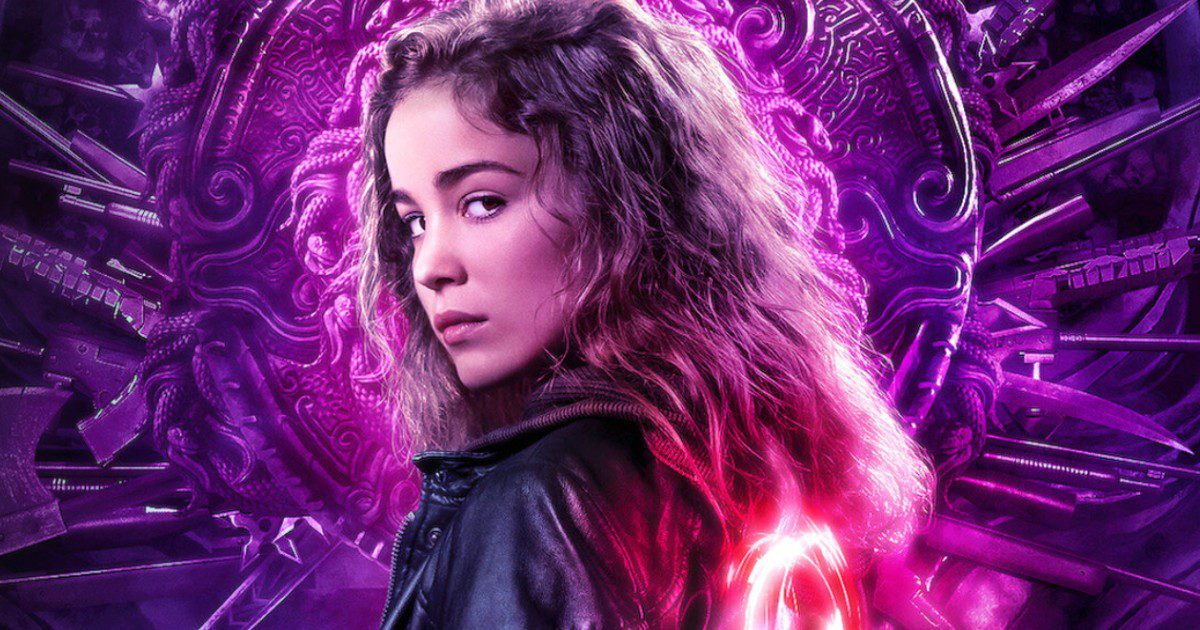 Based on Ben Dunn’s comic book character, Warrior Nun is a thrilling and entertaining show that’s all set to premiere a brand-new season this week. The protagonist of the show is Ava Silva (Alba Baptista), who seems to be quadriplegic, with all four of her limbs being paralyzed. She passes away but is brought back to life after she gets ahold of a divine Halo, which also grants her extraordinary power.

With a new chance at life, Ava has to face her fate as God’s Champion that will protect the world from Hell’s beings. Warrior Nun was first seen on television in July 2020 but was announced way back in 2018. The first season ended up gaining an appreciation for the plot and fight scenes, which led Netflix to make another season, which will be premiering this November 10th, 2022.

Warrior Nun was the first American series that the Portuguese actress Alba Baptista was in. The series is filmed all over Spain, spanning various locations across the land of Andalusia.

The much-awaited show Warrior Nun Season 2 will be premiering on Netflix on November 10th, 2022, at around 3:00 am ET and 2:00 am CT in US & Canada. Timings may be according to your local region. Some of the timings are:

The previous season, which started airing in July 2020, started with Ava dying under mysterious circumstances. Her body is kept at the morgue when suddenly, the Nuns belonging to the Order of Cruciform Sword come in with a severely injured Sister Shannon. Shannon is the Halo bearer, but since she is about to die, her halo is removed and, for the time being, is kept in Ava’s body until the threat goes away.

The Halo’s divine power ends up giving Ava a second chance at life, and she wakes up with all her limbs working normally. Confused, she escapes and finds a group of friends squatting in a millionaire’s house. Ava stays with them and gets closer to JC, and they decide to go to a tech party by Arqetype, a company created by Jillian Salvius. At the party, She sneaks off into the labs but is attacked by a Creature which is later known to be a Tarask.

Ava is saved by the other nuns and is brought back to the OCS (Order of Cruciform Sword). She is informed about the origins of the Halo in her back and how it gives the bearer immense power as well as responsibility. As a God’s Champion, she would have to fight evil and bring order in unorderly situations. Unable to understand the purpose, Ava runs away and goes back to JC and His friends. She also kills the nursing nun of her orphanage, who had been the reason behind her death. 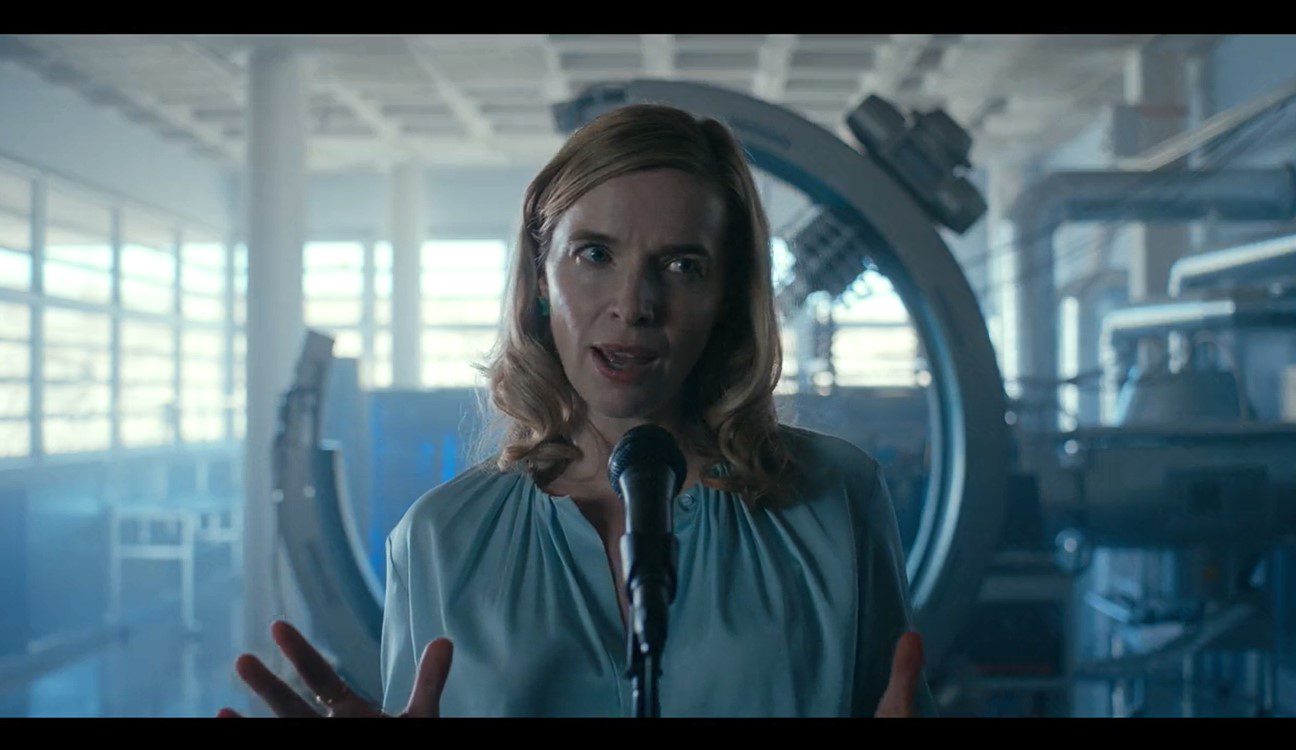 Jillian and Her Gateway to Heaven Behind Her

Upon learning about Ava’s special ability to make Divinium objects glow, Jillian launches a search for her and contacts JC’s Friends. So when Ava comes back to them, they ask her to leave before she causes much more problems for them. JC and Ava leave but are attacked by a Tarask. Sister Lilith tries to fight the Demon but is stabbed by it fatally. Ava manages to harm the demon enough to make him leave.

In an attempt to find more answers, Ava willingly goes to Jillian’s lab and offers to let her experiment on her in exchange for information regarding the Halo. Jillian tries to use Ava’s powers to activate a Portal that supposedly opens a gate to heaven, but Ava’s powers diminish, and she goes back to the Church. The Father and sisters who were detained take Ava and head back to the lab, as they were removed from the church. 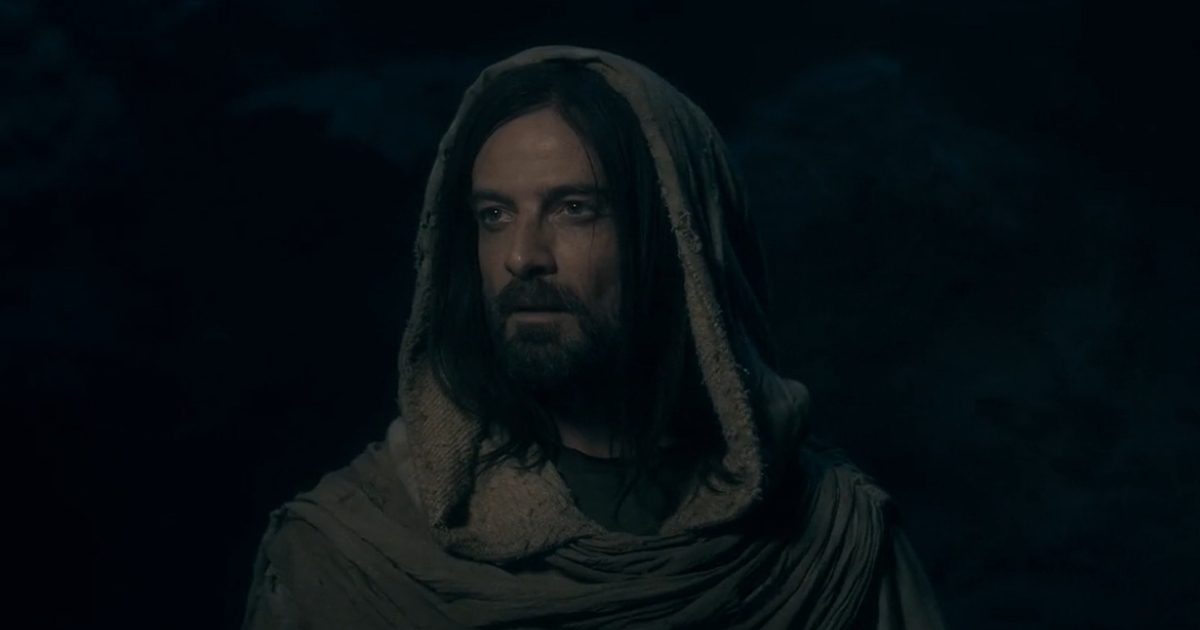 At the Lab, Ava prepares to get back the bones of Adriel, which seemingly are the reason Tarask and other demons keep coming to Earth. They head over to a tomb with the bones of Adriel buried within a secret, thick-walled room. Ava and the others sneak into the tomb while Father and the other sister keep off any enemies. When Ava gets across the thick 20-feet Walls, she is surprised to find no bones but a real Adriel in the tomb’s room. Adriel is revealed to be a thief who has stolen the Halo.

What To Expect In Warrior Nun Season 2?

We will be seeing the story continue after the cliffhanger in the last episode, Revelation 2:10, of Season 1. Adriel is now freed and will try to fool people into thinking he’s an angel again. Father Vincent seems to be on Adriel’s side. We also don’t know what happened to Jillian’s son, along with the mystery behind Lilith’s return, so we may be seeing some form of explanation for it.

Since Warrior Nun is an exclusive Netflix original, it is only aired on Netflix. A Netflix subscription costs around $9.99 for the basic version, while the premium could cost as much as $19.99 per month.