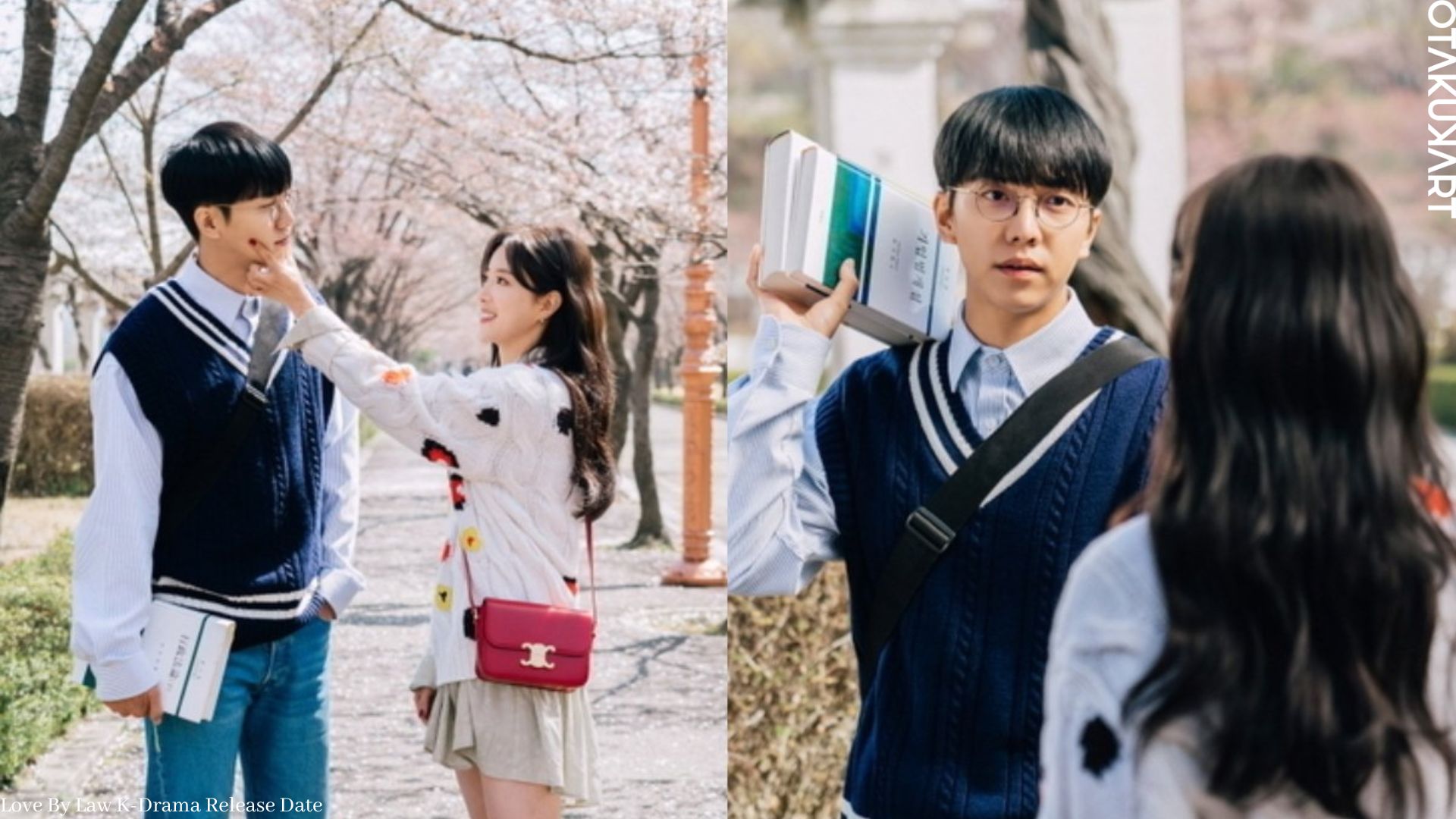 Directed by Lee Eun Jin and written by Im Ju Eun and Im Eui Jung, ‘Love By Law’ is going to hit the screens really soon. The internet out there is stacked up with the same as everyone is eagerly waiting for the premiere of the drama series.

Adapted from a web novel by No Seung Ah titled ‘Love According to Law’, the K-Drama has garnered the attention of both domestic and international K-Drama enthusiasts. The web novel was very successful in all its arenas and therefore the expectations are pretty high from this upcoming drama series too.

Moreover, it is going to be fun to watch our main leads with completely opposite personalities interact with each other and solve all the given issues on their plate together. The show portrays the genres of comedy, law, and romance. All of them together are an instant success recipe and therefore the expectations brewing out there are pretty feasible.

Let’s take a brief look inside and know everything about this upcoming drama series ‘Love By Law’.

Love By Law K-Drama: When Is the Premiere Happening?

‘Love By Law’ is going to release its first episode on September 5, 2022, at 6:00 PM. The show is one of the most anticipated ones this year and therefore the excitement of all the fans out there is pretty visible. 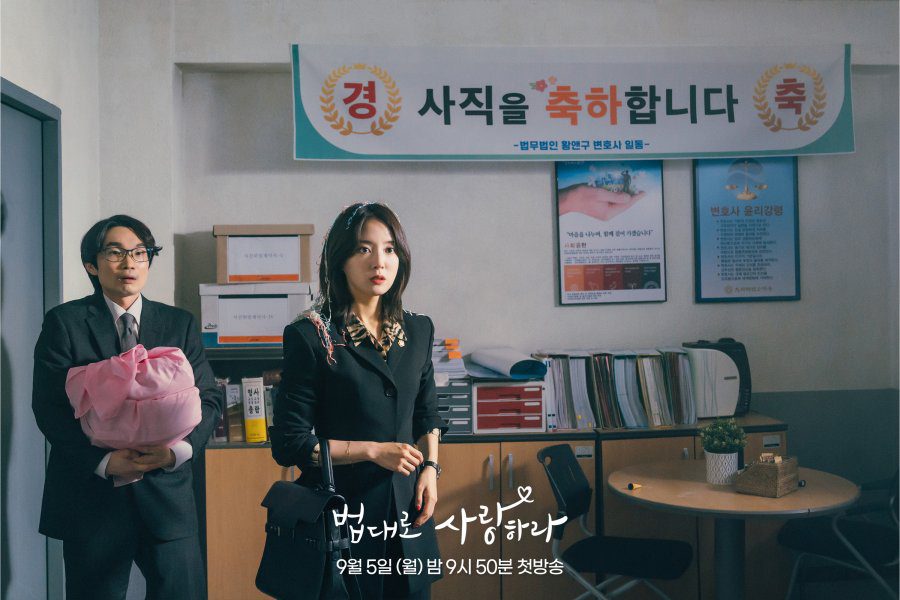 According to many reports, the show is going to have a total of 16 episodes and all of them will have screentime of 1 hour and 20 minutes. Moreover, every new episode of the show will be released on Monday and Tuesday i.e., the beginning of the weekend for every K-Drama enthusiast out there is going to be pretty exciting.

Also, if the original release schedule of ‘Love By Law’ is followed correctly then we will have the final episodes on October 25, 2022. Though, if there are any delays in the same, we will keep you updated about it.

Love By Law K-Drama: Where to Watch?

Originally being distributed by KBS2 ViuTV, ‘Love By Law’ is going to be available to be streamed on the Viu channel. All the viewers of the show can catch up on every episode on the announced streaming platform.

Moreover, the domestic viewers of the series can also watch the show on their cable television network i.e., KBS2. For now, there hasn’t been any other announcement of the streaming platform for international viewers.

Love By Law K-Drama: All About the Plot and Cast

‘Love By Law’ is one of the top headlines on the internet because of its powerful cast lineup and engaging plot structure. No doubt, the K-Drama is one of the most talked about all this month.

It is pretty obvious that all of them are one of popular personalities in the South Korean entertainment industry and are known for their unmatched screen skills. Also, it is no surprise that the drama series has become one of the top searches on the internet as the reason for the same has become clear to everyone out there. 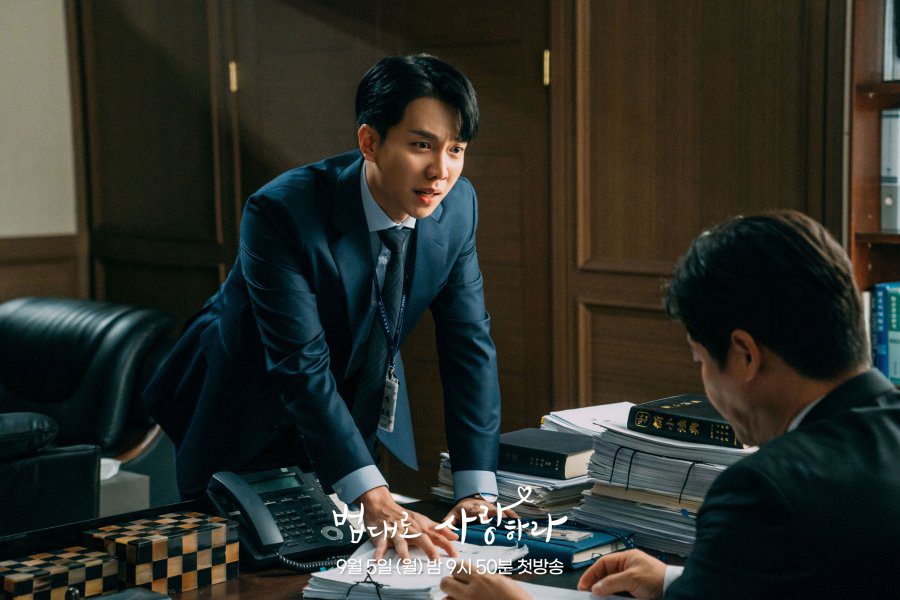 Talking about the plot of the drama series then it has caught everyone’s attention in a very short duration. The story spins around a former prosecutor named Kim Jeong Ho who is currently a building owner and has a former nickname of ‘monster genius’. The next lead of the story is a lawyer with a 4-D personality named Kim Yu Ri. Moreover, the plot of the show is set in a law firm and a café that is owned by the same.

Furthermore, the premiere date of the drama series is approaching real close and the internet out there is in the talk about the same. Therefore, circle the date on your calendars.

Also Read: Big Mouth Cast: Who Are In The Noir- Legal Korean Drama?