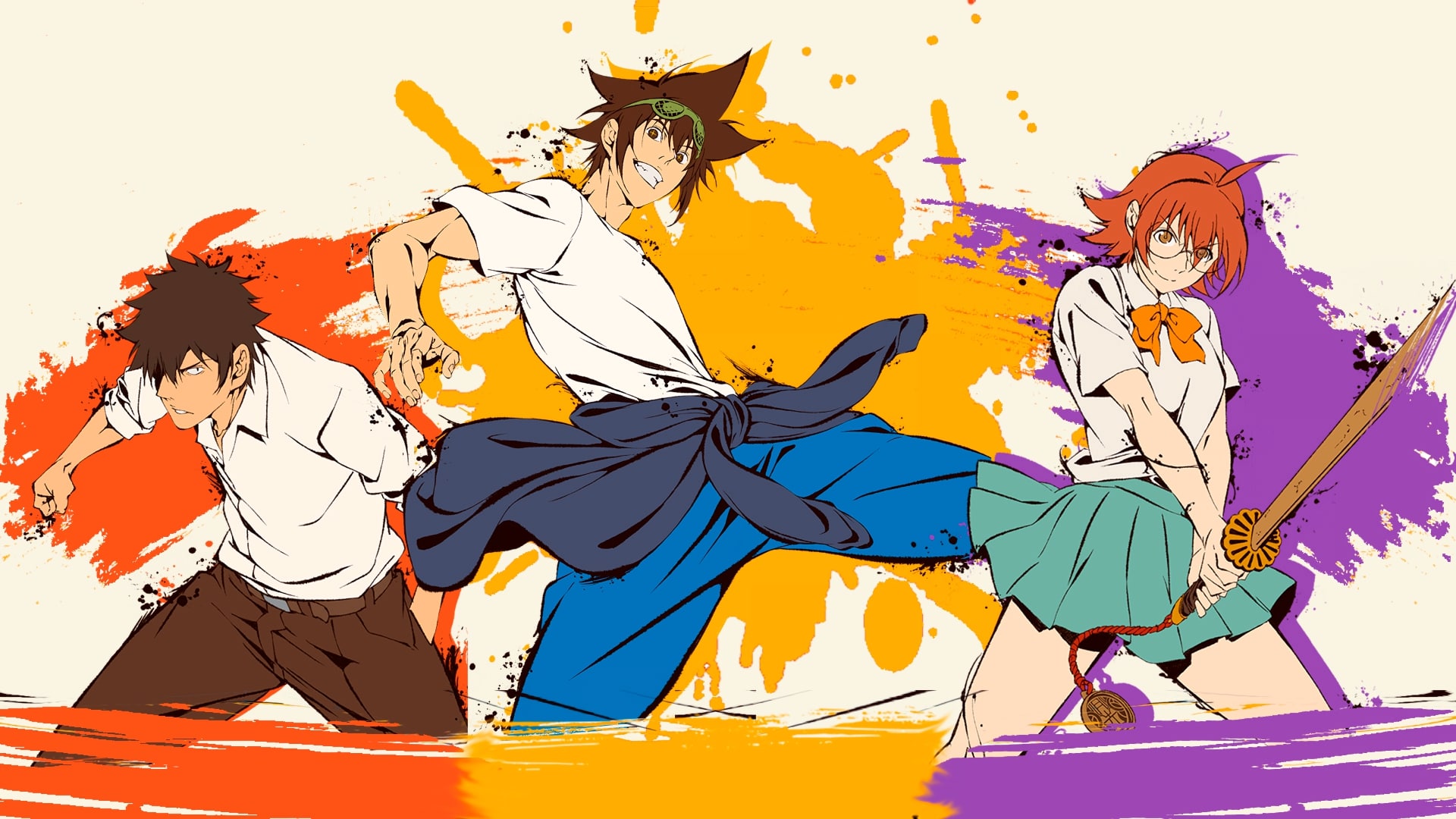 The main three characters from The God Of High School

2020 What a year, we’re all trapped at home, and now it’s the right time to enjoy some of this season’s best action anime. Here I am to update your 2020 action anime watch list with some awesome 8 action anime that you can enjoy.

From 2020 hit action anime The God Of High School to webtoon adaptation Tower of God, we’ve covered all the awesome and greatest anime you can enjoy that is now streaming to your favorite streaming platforms.

The series is based on the same name as Q Hayashida’s dark fantasy cult science-fiction manga. It’s set in the Pit, a brutal metropolis full of inhabitants, with an ever-increasing amount of unfortunate individuals.

Loaded to the brim with grotesque brutality, leather-clad aliens, pitch-black horror, and more than a few moments of light-hearted levity. The anime combines dystopian body-horror action and piece-of-life comedy to make it one of the most exciting and imaginative new TV shows in 2020.

This anime will certainly send you some vibrations of Attack On Titan and Mortal Engines, created by Nut Studios, this is among the most awaited new anime of this summer season.

Humanity has been pushed to the point of extinction by the sudden appearance of Gadoll’s alien life forms. Any of the surviving human beings now reside in a 3000 m high Deca-dence mobile base to protect themselves against the attack of Gadoll. One fine day, a girl named Natsume, who’s a tanker girl dreams of becoming a Weapon, comes across surly Kaburagi, the armor repairman.

Plunderer is a spectacular 2020 action anime series based on the manga of Suu Minazuki. The story centers around a genius but a straightforward premise, set in the future of the century. Any human being has its own value calculated by a special “Count” if this number is reduced to 0.

The entity will be taken down to the “abyss” of Hina’s count correlates to how many hundreds of kilometers she’s traveled. For the last five years, she’s been searching for the Legendary Ace from her mother’s last wish.

4. The God of High School

The God of High School is the most talked-about of the 2020 webtoon action anime adaptation or one can say of all time. The series is an action-adventure and can also be defined as a shonen action series. This is the second MAPPA anime to be released this year after another Dorohedoro anime hit that is already gaining popularity among mainstream anime fans through another big anime like Attack On Titan.

The God of High School is South Korea’s latest webtoon adaptation. This action anime follows Taekwondo’s professional Jin Mo-Ri as he works his way through the championship.

Tower of God is the 2020 action-adventure anime adaptation of S.I.U.’s online ‘manhwa’ (Korean for ‘comic’) that was distributed by Webtoon’s online webcomic site. It is a joint venture between Crunchyroll and Webtoon and is also the first webtoon to be adapted to this year’s anime.

The show follows Bam, an amnesiac youth who is unexpectedly teleported to the eponymous Tower of Heaven. A mystical structure that supposedly encompasses the entire world and is designed to give enormous strength to anyone capable of achieving its heights. In his attempt to reach the top of the hill, in search of his dear friend Rachel.

Bam must be surrounded by friends to defeat the dangerous threats of the Tower and even more lethal adversaries. The show will satisfy anyone who is looking for a new shone show to binge, a breathtaking fantasy adventure with rich characters, complex mythology, and gorgeous animation.

The series is created in collaboration with the joint production of Studio Elle and Lunch Box, written by Ryō Aoki. Masahiko Komino and Yoshitaka Amano collaborated on this original anime series to direct and produce it respectively.

The series is created in collaboration with the joint production of Studio Elle and Lunch Box, written by Ryō Aoki.

The year is 2030, and an alien disease named “Gibia” has absolutely ravaged the Planet, converting sick citizens into different monsters. An early Edo-period samurai and a ninja trip over time to arrive in ruined Japan and help a scientist work on a virus cure.

This is the second season of this hit Madhouse produced action anime in 2020, it’s an anime studio that produced some well-known anime such as OnePunch Man, Deathnote, and Trigun The company Berühren has robotic components to equip the Cyborg Army, known as the Extended Army. Juuzou Inui was created and does not recall his former life as a soldier.

He now runs a company responsible for extensive accidents throughout the region. If a giant robotic man falls in search of help with a child on his back, Juuuzo can’t turn him over. But there is more to this case

Kaname Sudō (17), plays the challenge of Darwin, an online contest that includes the fight for life and death. Many who play a game are given the Sigil, a skill that ranges from player to player. Kaname chooses to remove the game and hunt down and overthrow the Game Master.

Created by the studio Nexus, this 11-episode production is entirely produced by the creator of the story Yuki Takahata, resulting in an adaptation that fits almost one-to-one source material. If you’re looking for a smart action anime TV show with a serious mystery story, Darwin’s Game is a decent 2020 pick