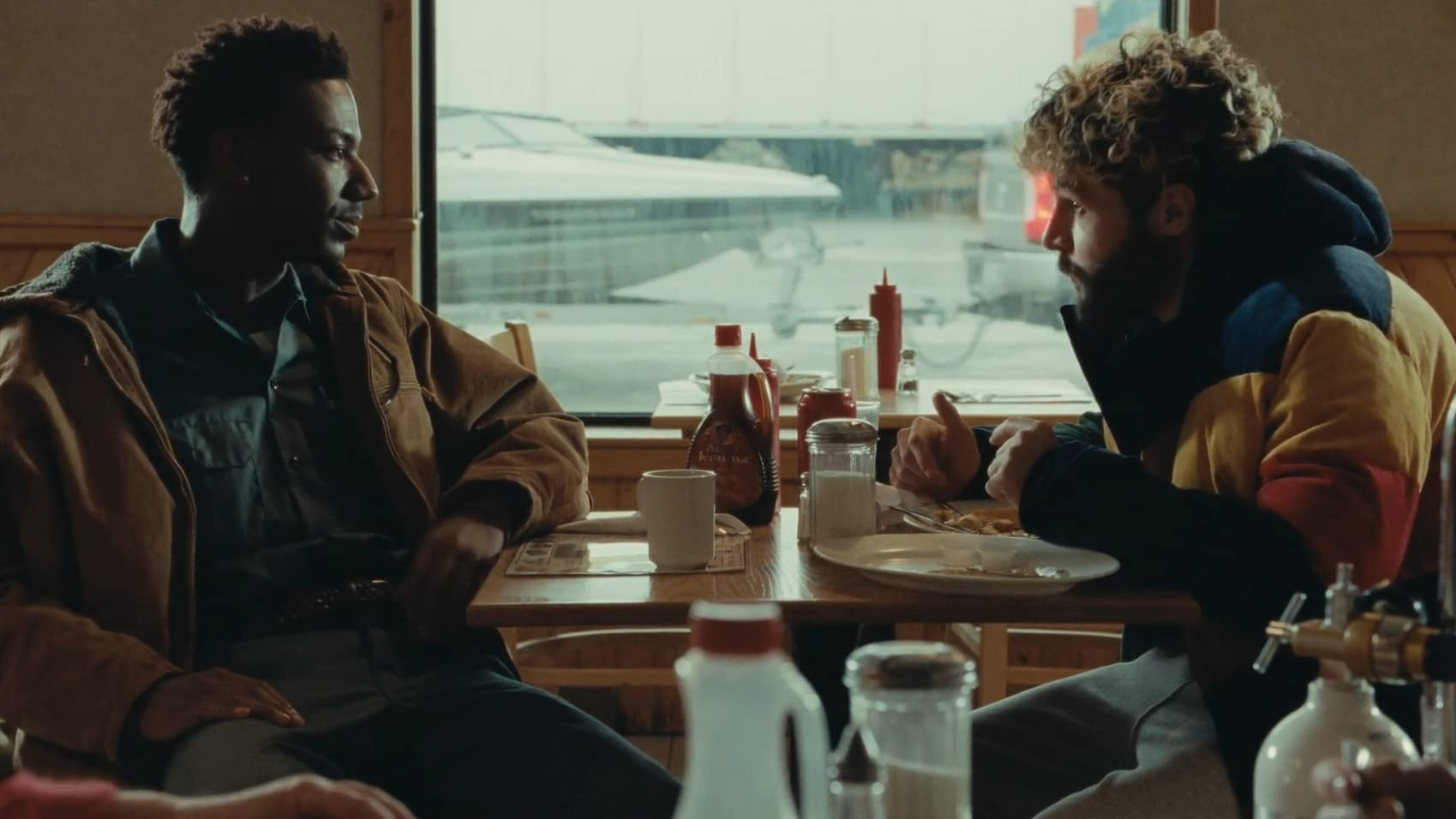 On The Count of Three

Last year we got this film, and fans need to know where to watch On The Count of Three in 2022. Well, here we have wrapped up all the details regarding that matter. This is a black comedy movie. Jerrod Carmichael directed the story. The film focuses on two friends who make a pact to die. Yes, you read that right, the duo decides to commit suicide at the same time. Although, they give themselves one day in order to take care of some business that needs their priority. The story has received modest reception from the watchers. It is a great movie to watch in your leisure time.

The cast includes actor Jerrod Carmichael, who has also directed the film, in the lead role. He reprises the role of Val. Then we have Christopher Abbott enacting the character of Kevin. Tiffany Haddish does the part of Natasha. Henry Winkler reprises the role of Dr. Brenner.

The story begins with Val. He is a worker who is quite tired of his normal life. He tries to die in his workplace bathroom. Although, the process gets interrupted when his friend enters the bathroom and starts to sing. Val has broken up with his girlfriend Natasha and has decided to quit the job before carrying out the process. 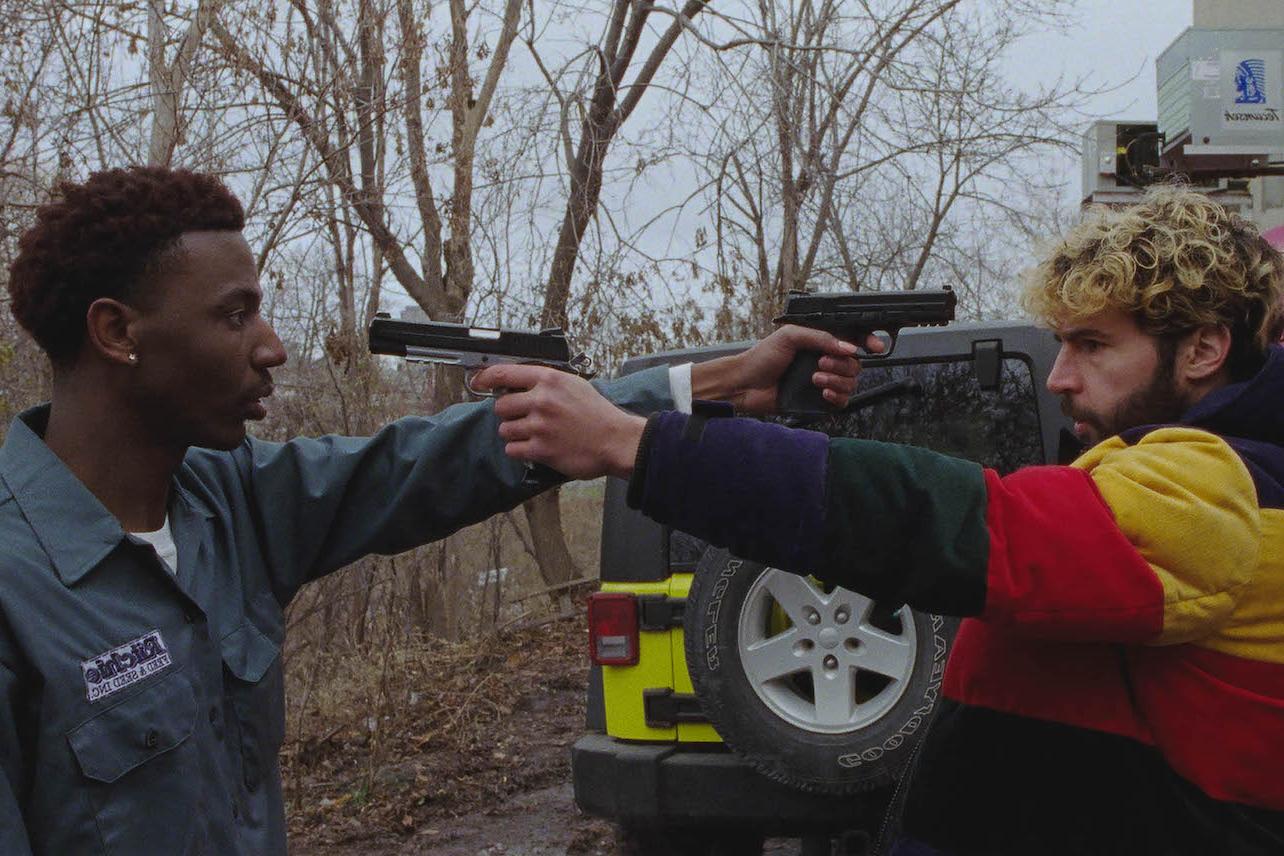 A still from On The Count of Three

Meanwhile, Val tries to help his best friend Kevin, who has also tried to commit suicide in the past few days. He actually escaped from a psychiatric hospital. Val and Kevin convince themselves that suicide is the answer to all their worries. Thus, the two decide to break their ties to the world and shoot each other in the face at the same time. Being scared of death, though, the two decide to enjoy their last day on Earth first and then die.

Where to Watch On The Count of Three Online

It is safe to know that On The Count of Three is not available on Netflix right now. We can not be sure about the future because Netflix does not have a specific release pattern for the content that it licenses.

Yes, On The Count of Three is available on Amazon Prime Video. You can access the tale through demand. It will cost about 5.99 dollars to rent the movie in HD. You will need to start watching the film within 30 days of renting it. Once the film is started, a user will have 48 hours to finish the rented video. Again, if you wish to buy it, the film is available at a cost of 12.99 dollars in HD.

The film is available On-Demand through other platforms as well. On The Count of Three can be bought or rented from services such as Apple iTunes. It is also available through Google Play Store.

Now, we see that the two friends have gone off to take care of their own last bucket list wishes. As for Kevin, he desperately wants to kill Dr. Brenner at the psychiatric hospital who abused him as a child. Later, the two find out that Brenner does not arrive at the hospital until late in the afternoon. This halts their process of dying.

Later, news comes out that Natasha is pregnant. Val tells Kevin that he desperately wanted to marry her but did not ask her because he was too scared to do so. After this, the duo goes on to do something adventurous and have a lot of fun for the day. Val visits his father and tries to gain the money back that he stole from him when he was a kid.

As the two begin to fight over the lost cash, Kevin hits Lyndell with a tire iron, and the two leave with the money. Val then goes to the jewelry store and returns the ring he bought for her. Then he visits her and tells her to have the money. After getting to know the plan that Val has in his mind, Natasha gets furious and asks him to see a therapist. In order to know what happens next, I urge you to get the movie through one of the platforms mentioned above and enjoy the duo’s stupidity.