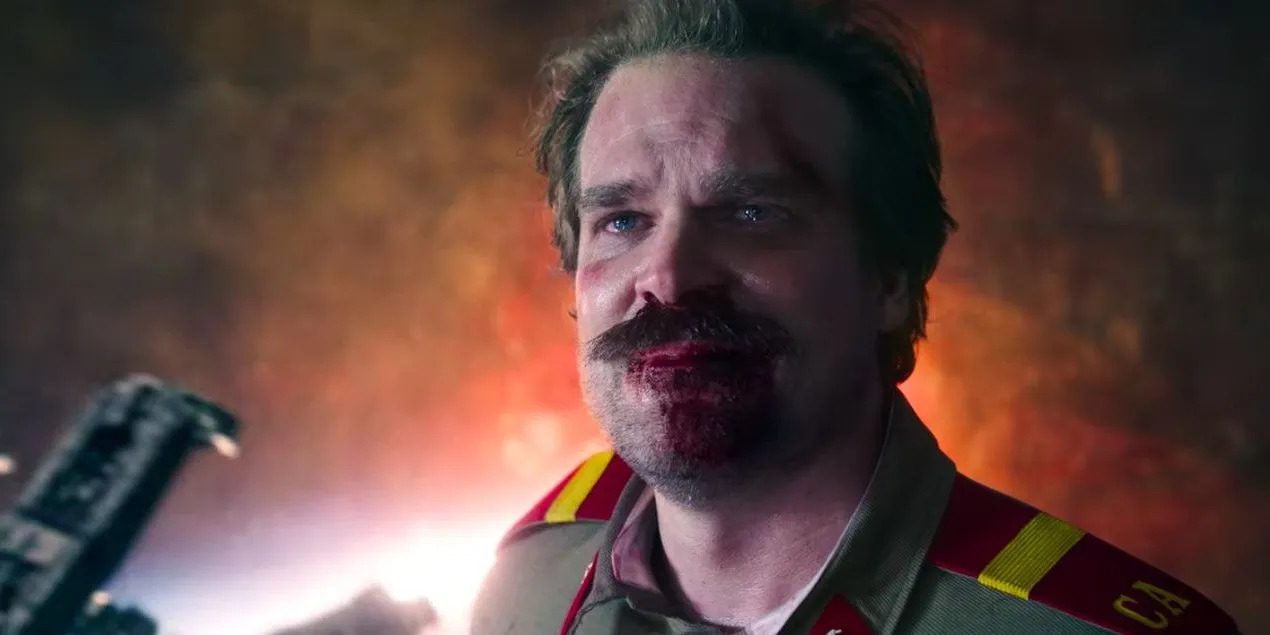 David Harbour has mainly had supporting roles in a few big-budget movies while also making appearances in several low-budget movies to make ends meet. The parts David Harbour has been offered seem to be limited by something about him. He has shown his ability to perform and expertise in his field. His attitude seems to be screaming for a big role, and thankfully, he knows just how to pull it off. He has successfully transitioned from television to film, proving that he is ready to play the lead role.

Harbour recently advanced to the next level, getting parts in movies with well-known actors and playing important roles. In addition to playing a pivotal role in the MCU superhero film Black Widow and leading in Hellboy, Harbour is unquestionably exhibiting his acting abilities to the world. Regardless of the quality of the films, Harbour has starred in, and it’s time for someone to look at his diverse resume. He has appeared in some excellent movies as well as some mediocre ones.

Here Are The Top 10 Films Of David Harbour:

Any good, old criminal drama seems to be something that Harbour enjoys being a part of. Whitey Bulger, a gangster and the brother of a politician who turned FBI informant to bring down the Mafia, is played by Johnny Depp in the true-life-inspired film Black Mass. Harbour portrays John Morris, the Boston-based FBI Investigations Unit’s chief, who approved the bureau’s agreement with Bulger. 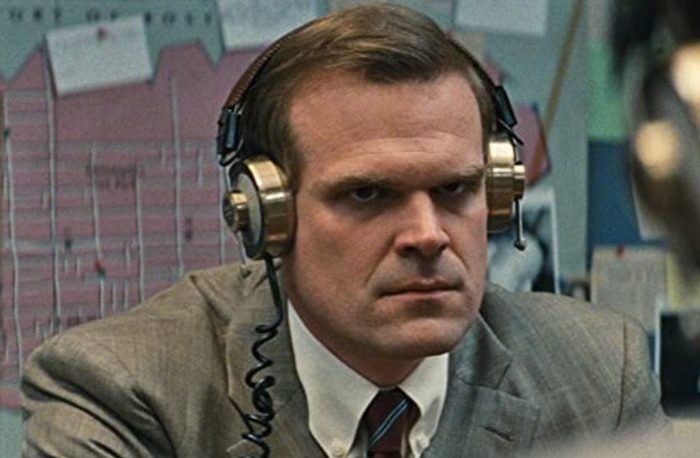 In dealing with renowned mobster Whitey Bulger, John Morris experienced a nervous breakdown, making him an easy target for criticism and even hatred. His character doesn’t interact with gangsters much at all; in fact, the very thought of them makes his stomach churn.

9. Walk Among the Tombstones

Unlike Hopper (his Stranger Things character), Ray from Harbour’s Walk Among the Tombstones is a villain. In this thriller, his character poses as a DEA agent and kidnaps the girlfriends and wives of drug dealers in exchange for ransom. If only Hopper was aware of this disgusting behavior. 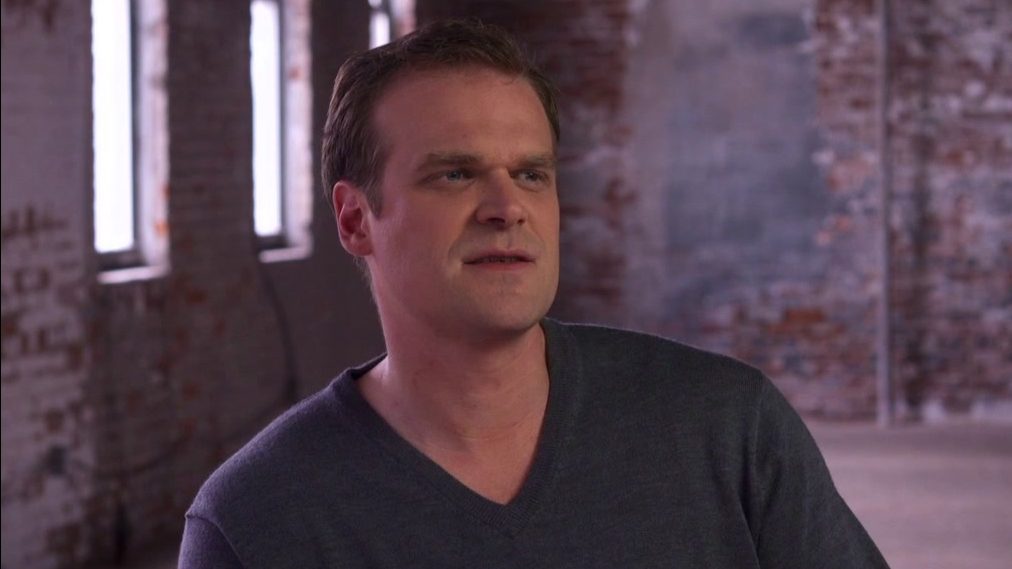 Top 10 Films Of David Harbour – Walk Among the Tombstones

He comes out as really scary and menacing as Ray. The fact that he is a highly threatening character in the way he talks and acts, in addition to his size, obviously plays a significant role. Given his profession, he hardly needs to make an effort to appear intimidating, which gives him the freedom to choose the roles he wants to play.

Russell Crowe portrays an investigative journalist in the crime drama State of Play who becomes suspicious when he learns about the mysterious death of a president’s lover. It is an adaptation of the same-named 2004 British television series. Harbour only makes a quick cameo appearance as an insider who the journalist questions about a military organization that appears to be connected to the entire situation. Even though Harbour just has a minor part, his presence is nevertheless noticeable. State of Play received high accolades for being an intelligent thriller with excellent acting and clever dialogue that helped lift the otherwise obvious plot twists of the main mystery. 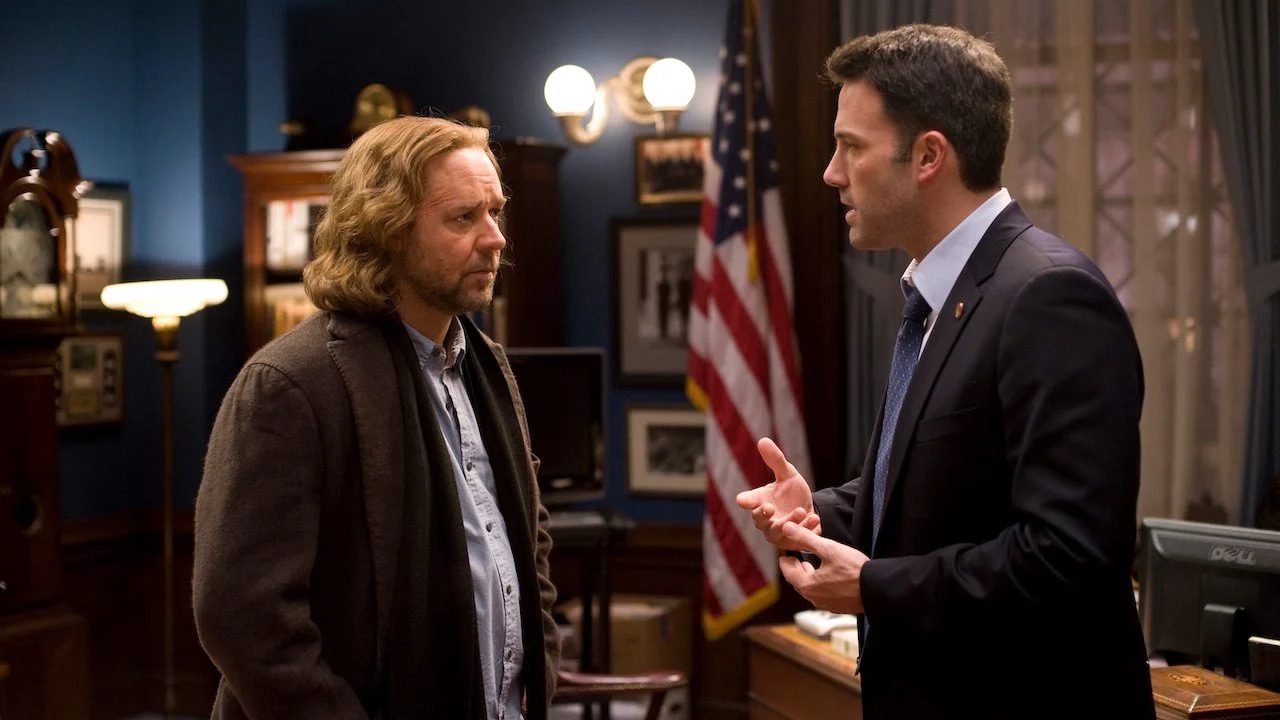 An adaption of the 1980s drama, The Equalizer, features Denzel Washington and David Harbour. In this action movie, a former soldier returns to duty to hunt down a group of Russian mobsters while finding a teenage girl who has been captured by the mob. Frank Masters, a corrupt officer played by Harbour, is motivated to stop the mafia because he fears Robert McCall, played by Washington, would kill him. He had dramatic scenes with Washington and got to show off his exceptional talent. 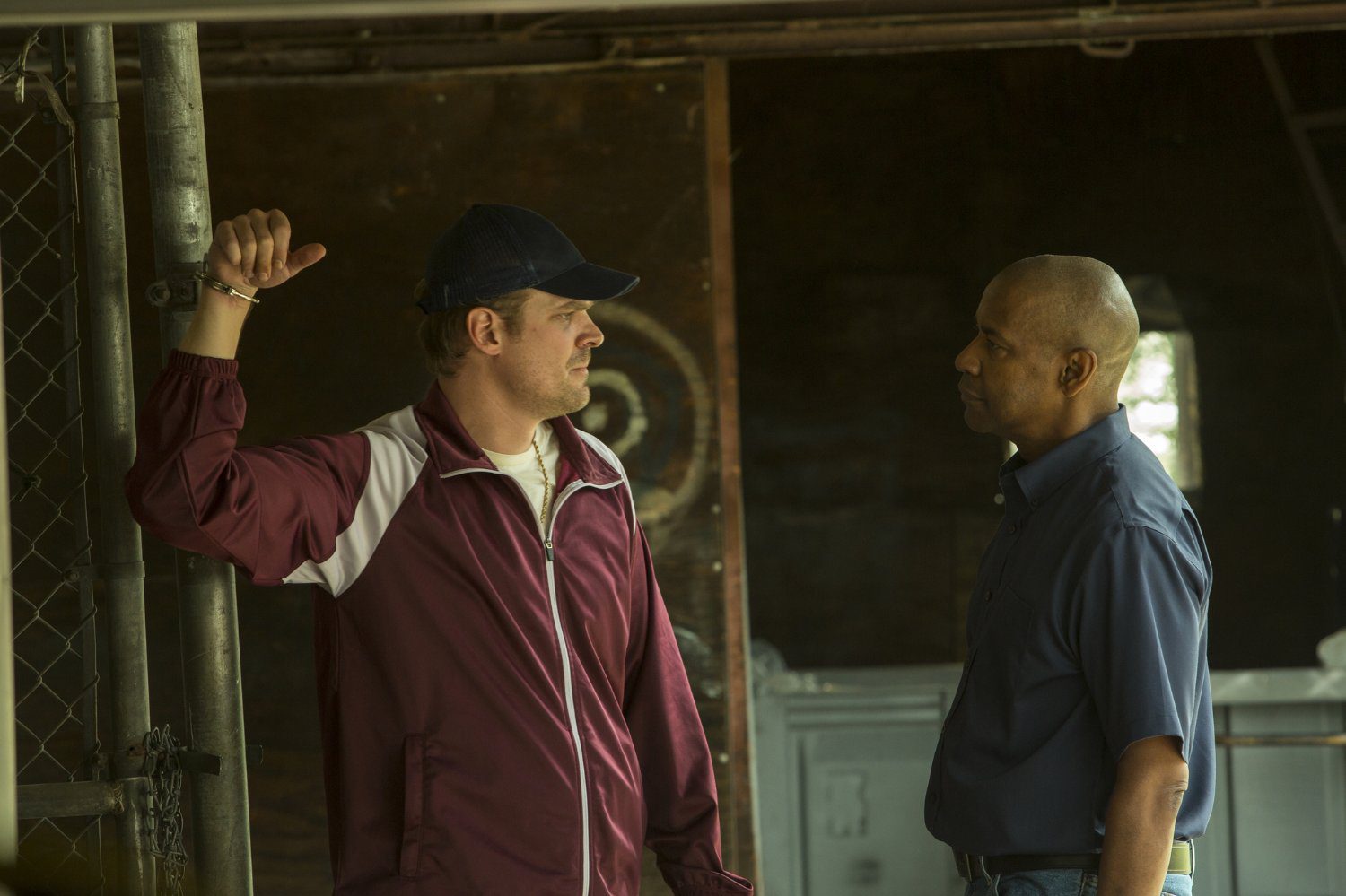 As a kind of informant, Masters essentially sells out to the Russian mob. He even goes along with one of their top thugs to drive out the Irish who have been working with the mafia for years. Being sent to inform the Irish how things would proceed moving forward is awful enough, but Masters’ betrayal only serves to increase tensions.

The Equalizer was seen as a generic yet enjoyable violent vigilante action film that was helped by Denzel Washington’s acting and Antoine Fuqua’s writing and directing. The Equalizer 2, which received comparable praise and criticism, was made possible by the popularity of the original film.

Harbour portrays Dexter Tolliver, the president’s Secretary Of Defense, in the DC comic that was made into a movie – Suicide Squad. Because he is one of the suits, who make the important decisions but never actually gets their hands dirty, Harbour’s position in this movie kind of comes and goes within the first act. He raises the possibility of what might occur if characters like Superman were given uncontrolled freedom in their universe. 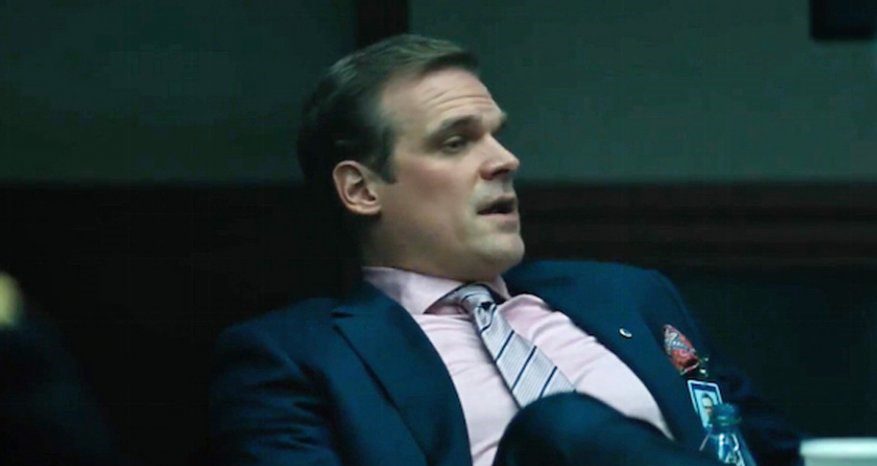 This is what sparked the initial concept for the Suicide Squad, a small group of superhumans who can be restrained while still being counted on to carry out the dirty work of government when necessary. He does a pretty good job of playing a government scum, therefore, his acting abilities are on an equal level with many others in Hollywood. He ultimately decides to support Amanda Waller’s concept for Task Force X.

One of the best films that capture the American dream is Revolutionary Road, a romantic drama based on the same-named book. It shows Leonardo DiCaprio’s character Frank Wheeler and Kate Winslet’s character April as they search for more fulfillment in their coldly traditional marriage. Despite simply being a supporting role in Revolutionary Road, Harbour’s Shep Campbell—the Wheelers’ neighbor—has a huge impact on the story. 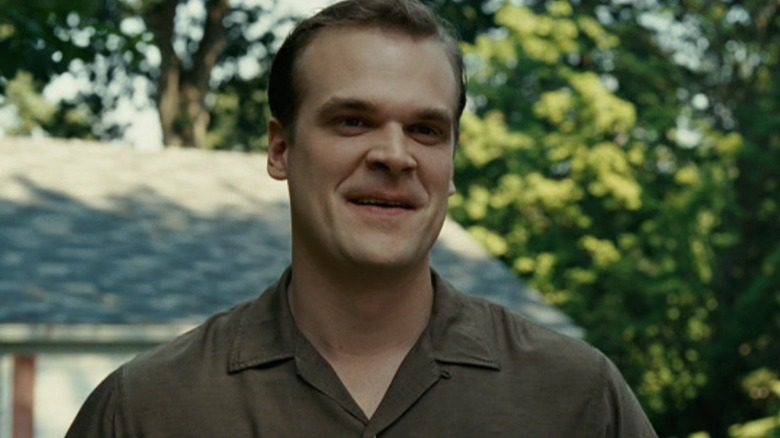 He had some wonderful on-screen interactions with Leonardo DiCaprio and Kate Winslet, and his presence improved the movie even further. The movie received high marks from critics for being a good adaptation of its original source material that was only enhanced by the actors. Yes, Harbour and Winslet had an on-screen intimate scene that took place in front of her then-husband, Sam Mendes.

Also Read: Movies And Shows That You Need To Watch Before Thor: Love and Thunder

David Ayer’s cop thriller End of Watch follows the action-packed actions of two overly involved cops as they struggle to carry out their everyday duties. Van Hauser, another cop, is portrayed in the film by David Harbour. Although he does not plays a large role, David excels in a few standout situations, such as those in which he must deliver a speech and which accurately depict a police officer’s daily life. End of Watch has received praise from critics for portraying police actions realistically. 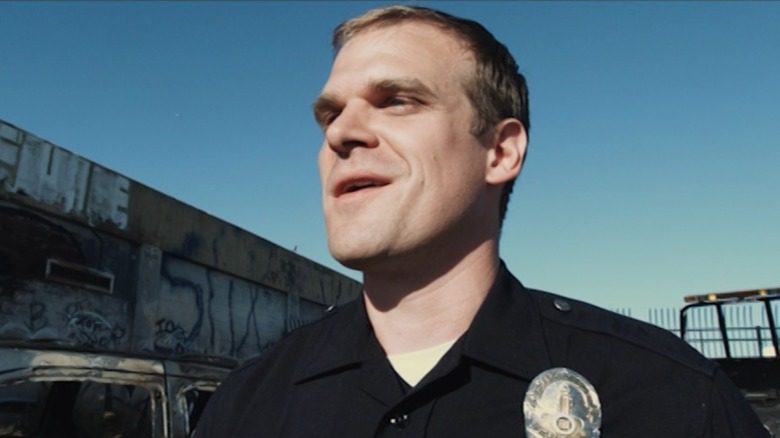 Playing a cop (good or bad) is something Harbour excels at. He’s not exactly the nicest character in the movie, but he’s a cop who understands how to do his job and has been in the line of duty long enough to get a little sick of it. It’s understandable how some police officers can stop being motivated by the effort to help and safeguard their fellow residents. Not everyone they encounter is ready to deal with them; others are deliberately attempting to kill them. That kind of work requires a unique personality to tolerate, and it has a unique rate of burnout compared to other professions.

In Heath Ledger and Jake Gyllenhaal’s romantic thriller Brokeback Mountain, two cowboys in the American West named Ennis Del Mar and Jack Twist participate in an illegal love affair. David Harbour portrays Randall Malone, a family guy who is reported to be having affairs with Jack during the 1978 time of the film. Although Michelle Rodriguez, Jake Gyllenhaal, and the late Heath Ledger all gave outstanding performances, David stands out even in the small amount of screen time he receives in one of the most depressing love stories ever made. 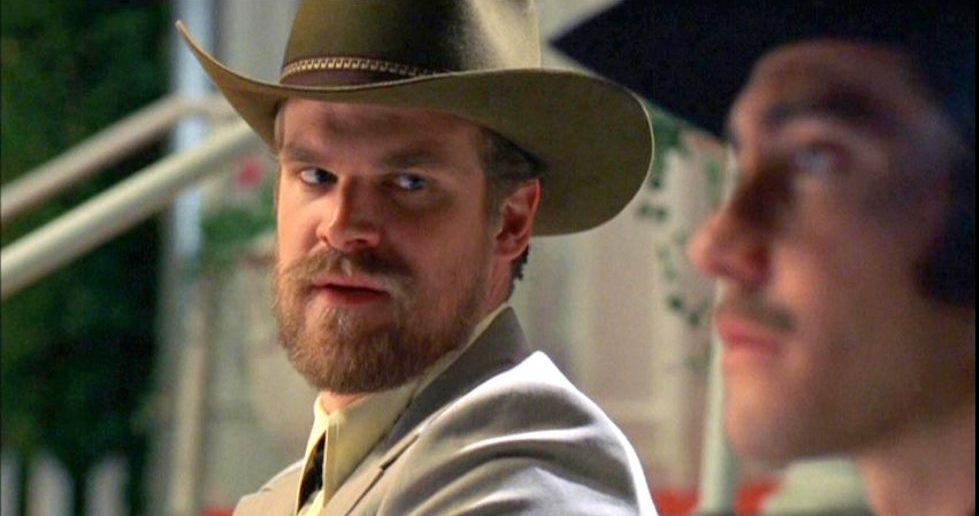 Many praised Brokeback Mountain for being a genuine look at a gay romance while also pushing limits that were viewed as unthinkable in the early 2000s. It gained critical acclaim and received an Oscar nomination for Best Picture.

After playing Hopper, Harbour went on to star in a number of high-profile action movies, including the most recent Hellboy remake. After the first two Hellboy films from Lionsgate, David Harbour stepped in to replace Ron Perlman, and he had big shoes to fill. Nevertheless, he was able to deliver solid performance despite his reddish-hued body and prominent muscles. Harbour’s Hellboy appears to be more easily irritated and agitated, with an attitude of rage and glum resistance. Although both critics and viewers had conflicting opinions of the movie, Harbour’s portrayal as Hellboy was favorably appreciated. 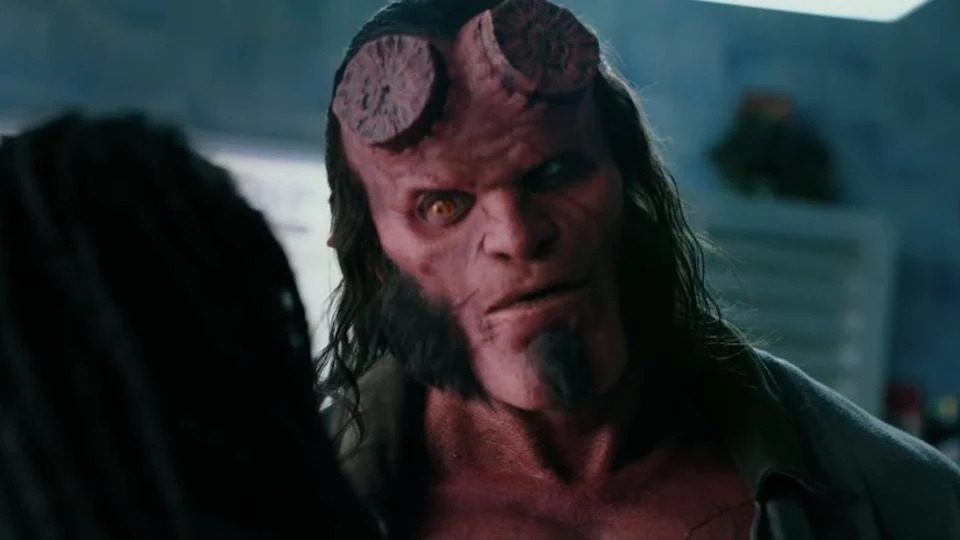 David Harbour became one of the most recent additions to the MCU when he agreed to appear in the Black Widow movie from Marvel Studios. Along with Rachel Weisz, Scarlett Johansson, and Florence Pugh, Harbour plays the Red Guardian, a Russian super-soldier. Harbour’s performance in Black Widow helped him become more well-known. 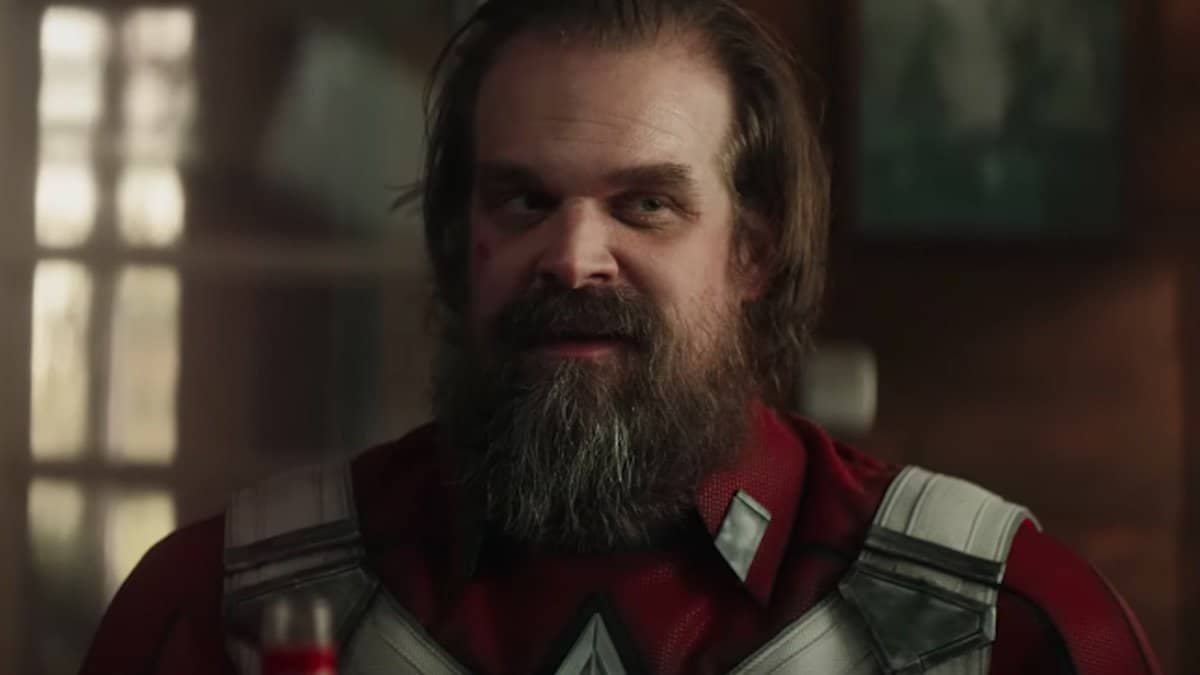 Black Widow viewers will immediately note David Harbour’s flexibility. In Stranger Things, he plays a cranky small-town cop, but in real life, he is much more than that. Harbour got to experience the middle ground between Jim Hopper’s classic action guy and unique paternal figure, together with all the actor’s more comedic appearances as Alexei Shostakov.

Also Read: 10 Films of Tessa Thompson You Should Definitely Watch