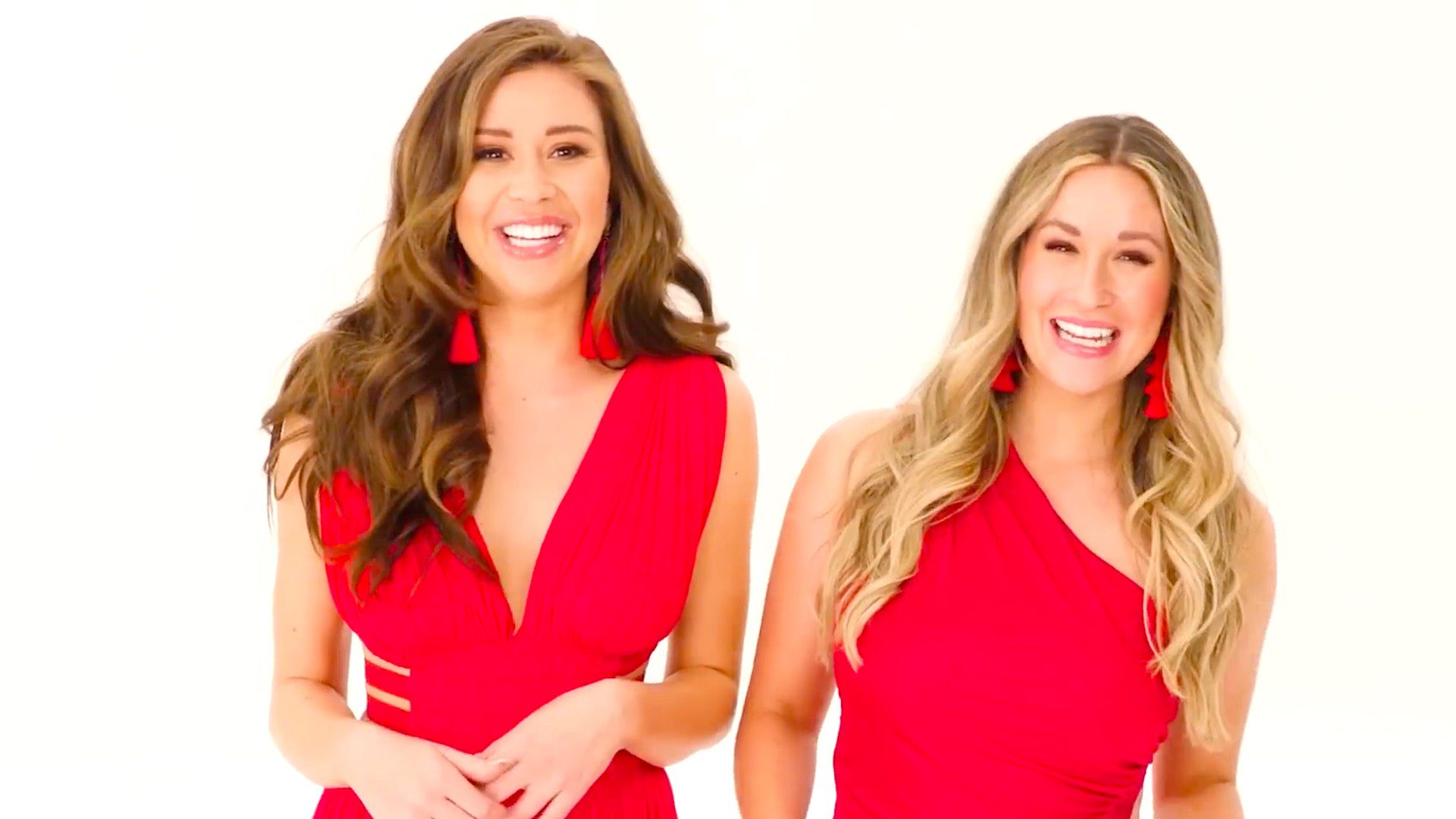 The Bachelorette 2022 will give us a season 19 of the show and fans are very excited for the same. A release date is also decided and here we will wrap up all the necessary details about the series. New stars have been recruited for the show. In this installment, we will see a bunch of different faces such as Rachel Rechhia and Gabby Windey. Rachel works as a flight instructor. She belongs to Clermont in Florida and is 26 years in age. As for Gabby, she is an ICU Nurse. She belongs to O’Fallon in Illinois and is 31 years in age.

Previously, we have seen these stars on The Bachelor. They were the runner-ups of the show’s 26th season. This time, we will once again have two leads for The Bachelorette. It is happening for the third time in the show. Well, this one is a bit different from those previous entries though. In The Bachelorette 2022, we will see the two leads sharing the spotlight throughout the entire season. The concept was inspired by The Bachelorette New Zealand’s sixth season. In that show, we saw Lesina Nakhid Schuster and Lily McManus as the lead characters.

Production began on the show at the beginning of this year. The new cast was announced in March. Jesse Palmer has now become the permanent host for The Bachelorette starting with this season. The cast and crew all went to Los Angeles for the filming. Some notable locations include Portsmouth and Bruges. We also saw the cameras rolling in Le Havre as well as Amsterdam. 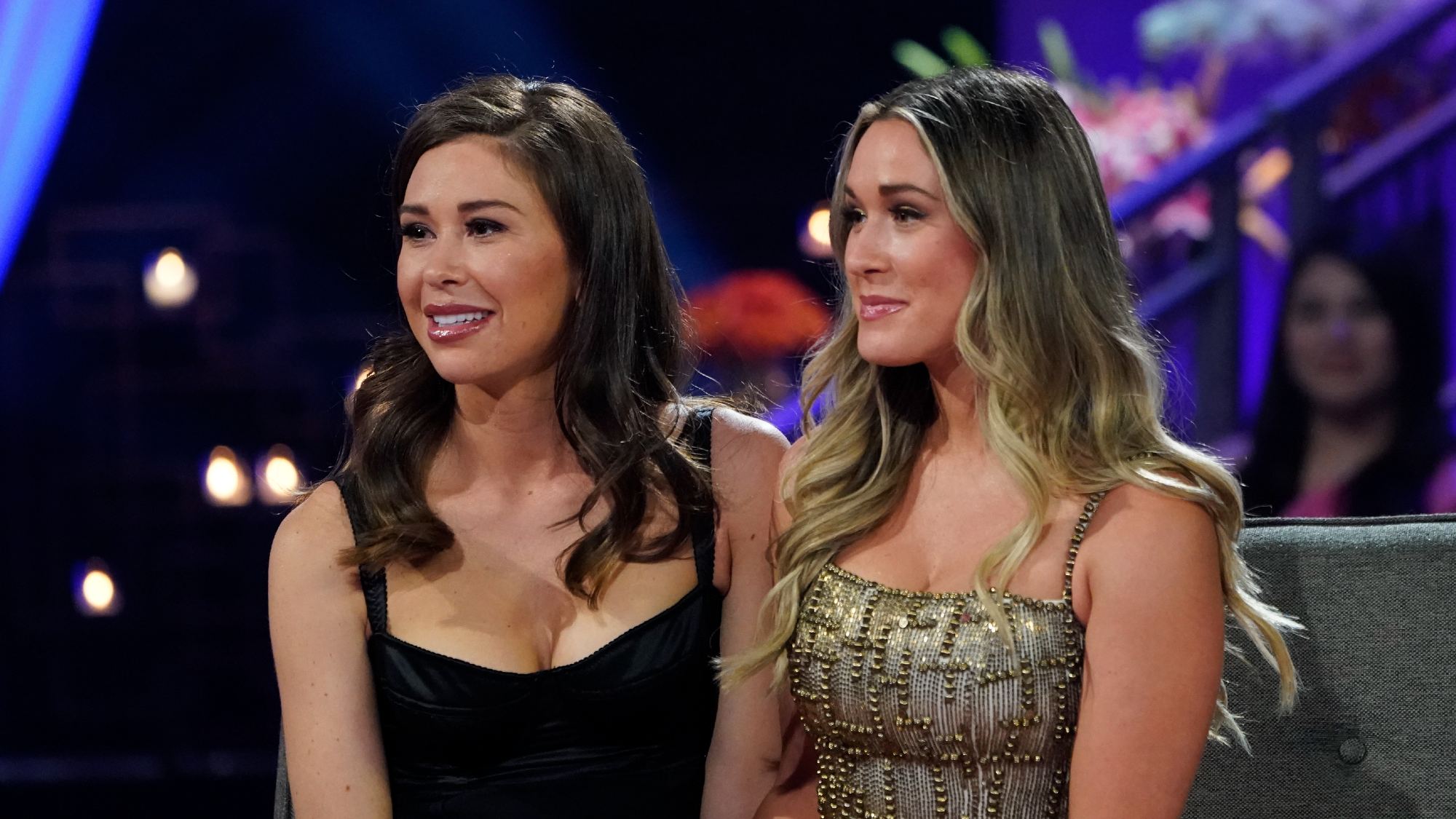 A still from The Bachelor Season 26 of Gabby and Rachel

A cruise ship scene is also present on the show with it being shot at the Virgin Voyages Valiant Lady. This season is being delayed because of scheduling issues. ABC had to cover up the NBA Finals this month. Other than that, Stanley Cup Finals was also on the list. As of right now, all those issues have been resolved and The Bachelorette 2022 is soon going to air.

The Bachelorette 2022 Season 19 will release on the 11th of July 2022. It will be the premier of the new installment. The show will drop out on ABC at 8 PM Eastern Time. New episodes are supposed to drop out each week on the channel on Mondays.

The best way to watch is obviously when the episode airs on the TV. After a short while of its release, the entries will then be available to stream on ABC’s official website. Other than that, DirecTV, Fubo TV, and YouTube TV offer to stream the live telecast of the episodes. Then we have platforms like Amazon Prime Video and Apple iTunes.

Drama, romance, roses, and emotions… This season of #TheBachelorette will have it all. Be there from night one, premiering July 11 on ABC and Stream on Hulu. 🌹 pic.twitter.com/c66Md5KTFX

Alert: This section contains information about the upcoming episodes which might make some readers uncomfortable.

In The Bachelorette 2022 Season 19 Episode 1, we will see Rachel and Gabby reunite once again on the screen. They are now set on another venture to find the true love of their lives. Gabby is independent on her own. Her requirements in a man include traits such as confidence and a big personality. This person should also work as hard as she does and be able to communicate his feelings whenever something goes wrong if he is not feeling right. Other responsibilities include loving her dog named Leonardo.

As for Rachel, she has other plans. We know that she is such a romantic person when it comes to relationships. He wants a man who nurtures her, respects her, and cares for her. This said guy should also be adventurous and joyful. Rachel is very spontaneous and makes new decisions every second. She needs a supportive partner who will stand by her through all the decisions. Rachel and Gabby spent quite a chaotic time while they were on The Bachelor season 26. The two were the runner up for that show. Well, it is high time that the two go on and find their own persons who spending time with, comes as an easy task.

Also read: Cast Members Who Deserved Better in The Bachelorette