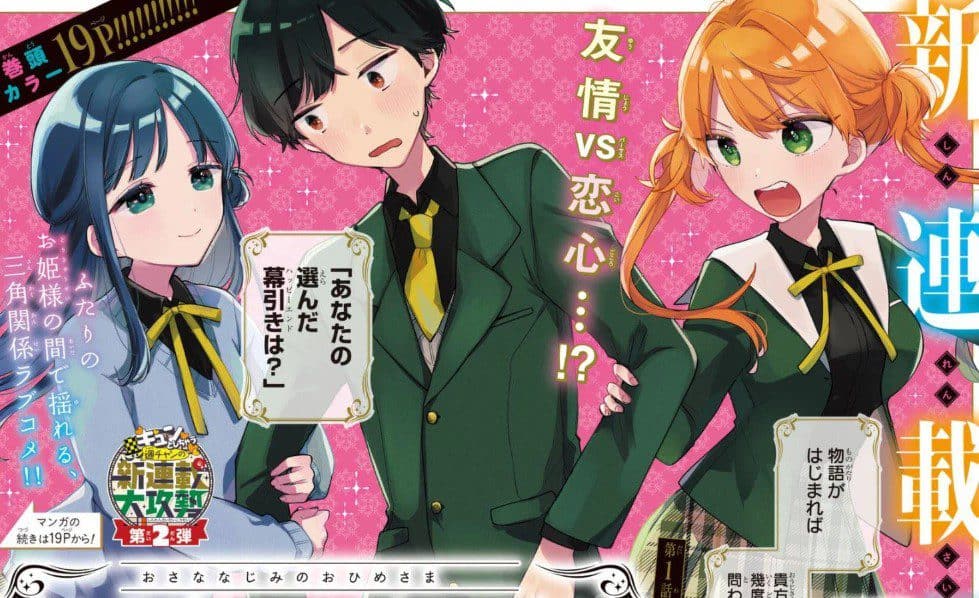 We will soon find out how the story of friendship and love continues as we look at Osananajimi no Ohimesama Chapter 9. This means that we will get the latest updates on the story of Hinaki and Shunsuke and how their lives will be going on. Let’s look at what transpired next in the latest chapter of the manga.

Hinaki continues with her habit of hitting Shunsuke, and this might be because the last time she saw him with Kujoka while they left her behind. This time Tomoe is with them, and Hinaki can only wonder why she would come along after she has said something off-putting to her. But as we know, Tomoe is a cheerful character and would usually rub off something like that like she just did in this case.

She doesn’t seem to overanalyze things and would not need a reason for every little thing that they could come across. This time she finally told Hinaki and Shunsuke that they are very much alike in many ways. Even though this seemed like it was the first time someone told them something like this and that they like to meddle.

It’s a good thing that they have noticed this as well, and even Shunsuke has noted that at least Hinaki is more dependable compared to him. For the moment, it seems that Hinaki can not do much to help their situation because she has left her backpack with the group. Their climb to the top continues so, even if they are a bit worried if Hinaki will be able to keep up. She managed to promise that she would do her best and that it would be easier for her to do it if Tomoe would tell her stories about Shunsuke while they were at it.

With Shunsuke already there, this was a bit embarrassing for him even though he commented that he would not be able to respond, but he will listen. Tomoe seemed excited about all this as she would get to know more about Aida, especially the things she did not know about before.

Hinaki continues to hear more stories about Shunsuke’s childhood from Tomoe, and this includes most of his embarrassing habits. For Hinaki, this was interesting; even though this did not seem to be good for Shunsuke, there was little he could do about it as these stories kept Hinaki distracted from their tiresome journey. 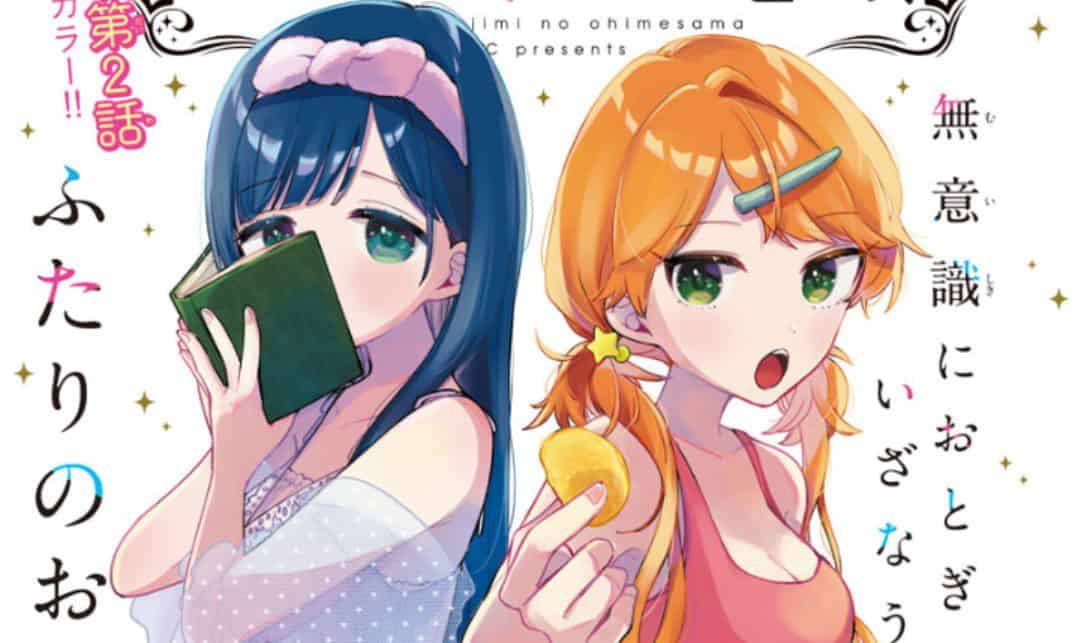 So Tomoe continued with more stories from Shunsuke’s side and mentioned that he has a habit of getting obsessed with reading every nutritional detail about his drinks and he would usually space out when he does that. At one time, when he got a smartphone, he would usually hide it from Tomoe, but this only made Tomoe even angrier. So even when Shunsuke seems like a smart one, he would usually messes up over little things that most people would usually understand.

While they were at it, Hinaki wondered if Shunsuke came back for her. But Tomoe only pointed out that such a thing would be obvious. And that it would be a troublesome thing if they had no stories to tell about Shunsuke even though the experience might not have been good for him.

At least these stories managed to keep Hinaki distracted for longer, and it did not take them long to get to their destination. They found everyone waiting for them and then the celebrations began. Tomoe was taking pictures with Shunsuke while Hinaki wanted to join them. But she seemed to be shy and managed to gather enough courage to as for a picture with them.

Where To Read Osananajimi no Ohimesama Chapter 10 Online?

You will be able to read Osananajimi no Ohimesama Chapter 10 online in the Weekly Shounen Champion Magazine. The manga is serialized weekly, and you should be able to get new chapters accordingly.