Acclaimed British crime series McDonald and Dodds returned for a third installment, and it’s all the hype for its fanbase. Also, the series, developed by Robert Murphy, follows a mismatched pair of detectives solving crimes in a hilarious and untimely fashion as they go about their lives in the English city of Bath. Airing on ITV for a third run in this summer of 2022, the series now has a few new faces, which we will introduce to you in this post.

The third season of McDonald & Dodds begins with the perplexing case of a young woman who dies in a deckchair in the middle of a popular park, with a peculiar smile on her face. As usual, the event has an amazing lineup of guest stars, including Siân Phillips, Catherine Tyldesley from Coronation Street, and comedian Alan Davies. Now, without further ado, let’s take a look at the cast. 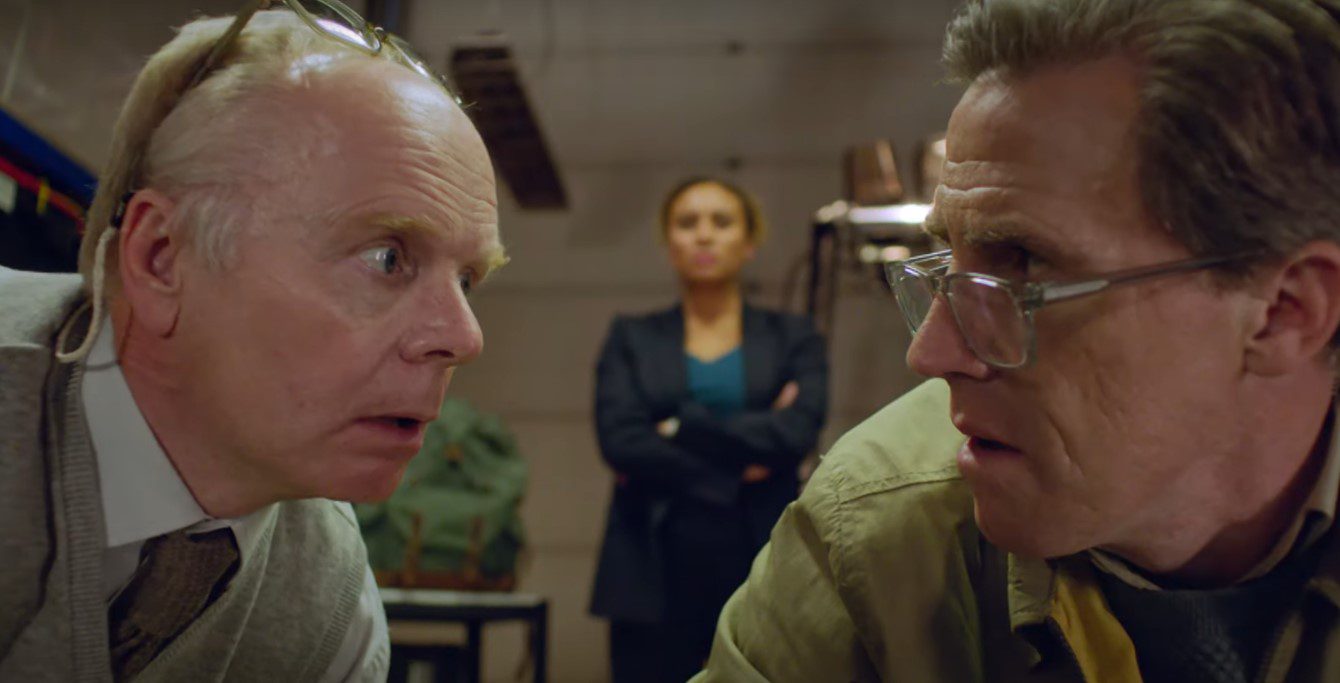 Ready for this crime detective series from England?

When Does McDonald And Dodds Premiere?

The series premiered on June 19, 2022, at 20:00 hrs Britain time on ITV. Each episode airs weekly, and they’re also available for streaming after they air on the ITV Hub. Moreover, if you live outside the United Kingdom, you can watch the debut and sophomore seasons on BritBox, and we expect that the series’ third season will hit BritBox soon! You can get BritBox as a standalone platform or as a channel on top of your Amazon Prime Video subscription.

Firstly, we have Jason Watkins returning as part of McDonald And Dodds Season 3 Cast playing the brilliant and shy Detective Sergeant Dodds. He’s been quietly and methodically working at his desk in Bath for years without anyone noticing, but now his supervisor wants to drive him into early retirement – so he’s been teamed with DCI Lauren McDonald and pushed out into frontline action, and that’s quite a life-changing experience.

Secondly, Tala Gouveia is also back, reprising her role as Detective Constable Inspector McDonald in McDonald And Dodds Season 3 Cast. A “wildly ambitious” Detective Chief Inspector was relocated from the “mean streets of South London” to Bath. She is young, bright, and frequently underappreciated and has been described as “a tough, driven, battering ram of a cop who cracks cases by pure force of will.”

You may remember Jason Watkins from his roles as Prime Minister Harold Wilson in Netflix’s “The Crown,” and he has also starred in the ITV serial murderer drama series Des. He’s worked opposite Renée Zellweger in Bridget Jones: The Edge of Reason and he’s also played a role in “The Golden Compass”.

As for Tala Gouveia, she cut her teeth in EastEnders playing a character called Nurse Green. Then, she went to the Tracy Ullman Show, and then moved on to Plebs, and then to “Before We Go Old”. Joining them in the new regular cast, we have Claire Skinner, who plays the Chief Superintendent Ormond, a new character with little patience for any kind of nonsense. Claire Skinner has also starred in “Sense & Sensibility” and in “Vanity Fair”.

Who Else Is Joining The Cast of McDonald And Dodds?

Also Read: When Is Season 4 Of Westworld Set And Why Is There A Time Jump?