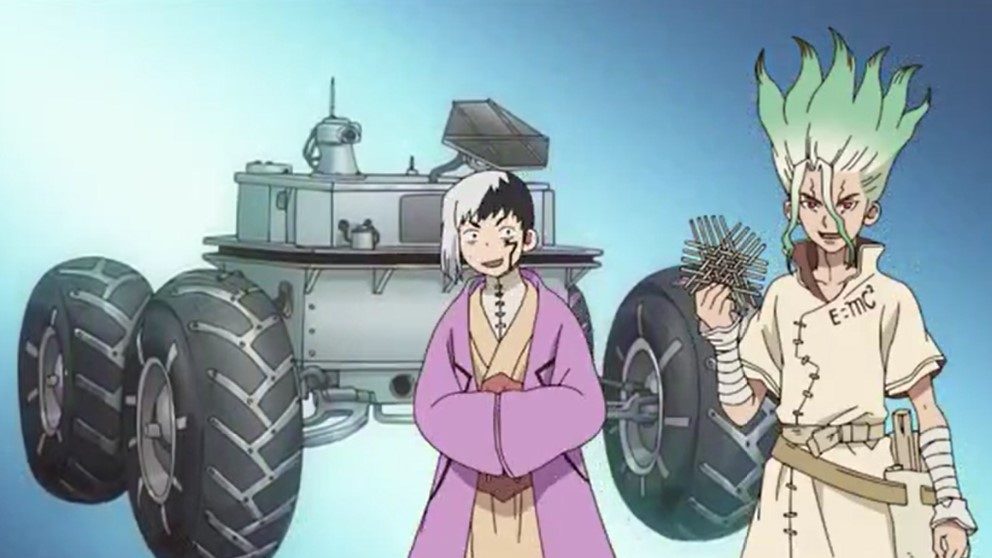 Dr. Stone: Stone Wars Season 2 Episode 6 will be released on Thursday, 18 February 2021, at 10:30 PM JST. Dr. Stones can be streamed across different official streaming platforms; you can stream it on AnimeLab, Crunchyroll, and Funimation. 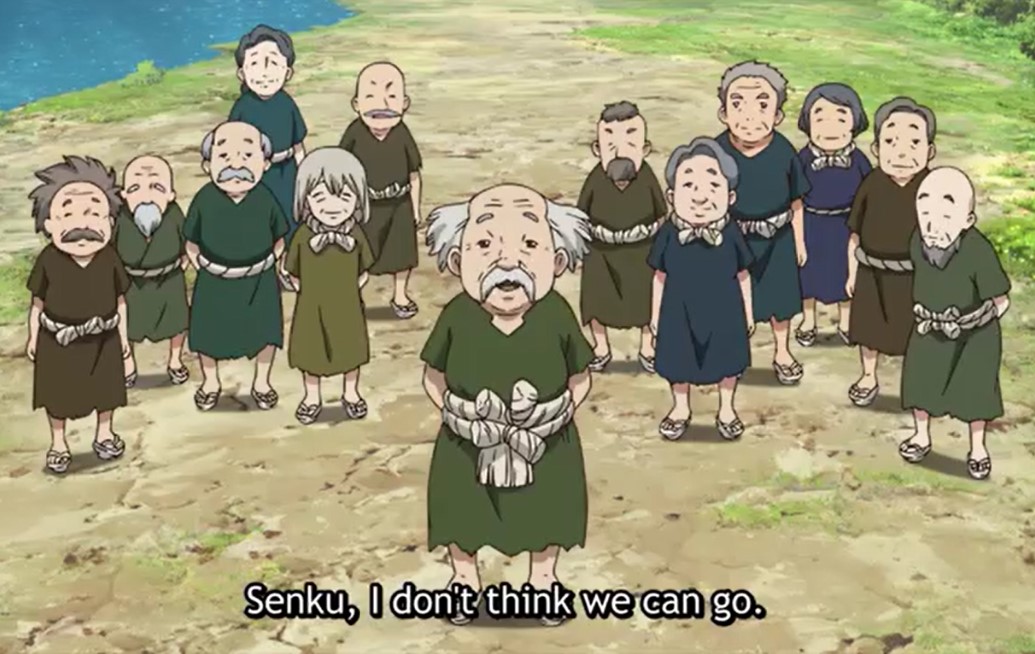 Senku reveals that the rest of the car won’t be hard to build once the engine is done. It is the powerful beast of scince: Steam Gorilla. Senku said the village has been great to him, but it’s goodbye for now. He also said they are throwing all of their science gear on board. After that, they will head to the Tsukasa Empire. At the same time, Chrome is locked inside the cave with Tsukasa’s men. Chrome thinks he is strong enough to destroy the cage with his hands.

He told the guards not to cry about it later when the cage is destroyed. Outside the cave, Hyoga asks Tsukasa why they are keeping Chrome out in the open. Tsukasa is just listening to the sound that he can hear coming from a distance. At the same time, Gen is doing a test drive. He asks Senku why he is the one who has to do it. Senku comments that Gen is the one who has a driver’s license. Gen cannot believe that there is a driver’s license in this world.

Senku told Gen that he must obey traffic rules, and Gen said that the wooden wheels are not strong enough. They are not driving on paved roads, and the wheels won’t be able to hold on. He asks what they are going to do for the tires, and Senku shows Gen what others are doing. Suika told Gen that they are doing hexagonal bamboo weaves. Gen asks what that is. Senku reveals that they are the airless tires developed by Nasa for planetary exploration.

Kaseki announces that the steam gorilla is done, and everyone compliments it. Suika notices that Kaseki is said. Kaseki comments that they have to hurry up and save Chrome. He knows how important was Chrome in his life. The two used to do a science project together and joking together. Saseki is missing Chrome, and he is feeling sorry for him. Kohaku thought Kaseki was sad because Tsukasa might be bullying Chrome. 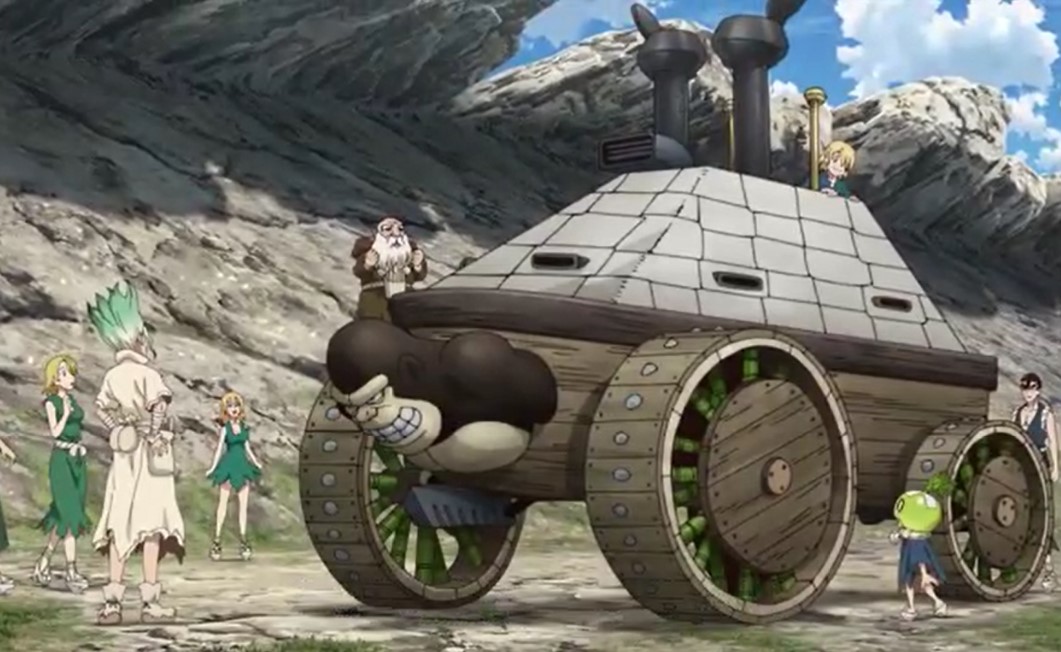 Kaseki comments that what he means is that Chrome is not here to help them built their new automobile. The old geezers and the old hags realize that Senku was making a steam gorilla for the who cannot walk like youth. One of the oldies comments that he can leave them behind at Ishigami village. They don’t want to get in his way of battle with Tsukasa. Kohaku comments that if Tsukasa sends reinforcement, it will be dangerous for the oldies.

The geezer comments that they are not worried about that since they know that Senku will be the first one to defeat Tsukasa Empire. The crew decided to leave without the oldies and promise that they will come back safe. The crew reach the mountains and rest while Suika head to Tsukasa’s territory. She couldn’t find Chrome, but Chrome saw her and think of something. Chrome screamed and commented that he is bored and he can stay like this.

Suika notice that he is fine and doing okay. She went back to the mountains and report to the crew. Senku decided to power up the steam gorilla, and Kinro thinks what Senku has created is not strong enough. He thinks that Senku’s shield made out of paper using science can be destroyed with his spear. Senku challenge Kinro to destroy it. Kinro charges without holding back and his spear got destroyed into pieces.

Read some of the latest development on this link: Dr. Stone: Stone Wars Season 2 Episode 5.