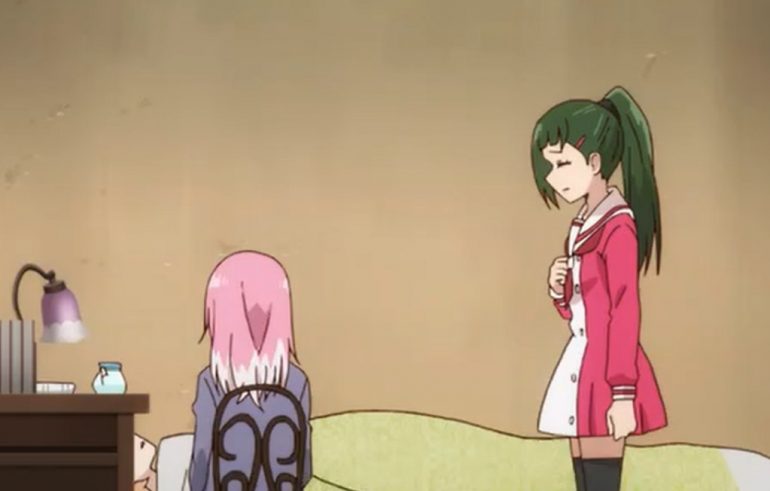 Today we will be talking about the latest updates of the final episode of Talanetles Nana. Nana went inside the bathroom where Michiru is bathing; she finds her lying unconscious inside the water. She thought that she was dead, but she finds out that she is still breathing. Nana is confused about what she must do since she can’t leave her behind or she might die. Nana doesn’t have her cellphone to call anyone or an ambulance for help.

Nana decided to carry Michiru, who is nacked for her mission not to fail. She manages to take Michiru to her room and dress her up, then put her on top of the bed. Michiru started pathing and coughing while sweating and Nana notice that Michiru’s fever is high and her pulse is weak. Nana is scared that Michuri is dehydrated, and she might die anytime.

Talentless Nana Episode Finale will be released on Sunday, 27 December 2020, at 9:30 PM JST.  Talentless Nana will release its new episode every Sunday. Make sure to convert the above time to your local to get a new episode as soon as it is released. Enjoy watching Talentless Nana on Funimation and AnimeLab. Let’s take a look at the recap and preview below.

Nana started wondering what has happened to Michiru, and she decides that she doesn’t have to save her. She will wait for her to die and revive her, then asks her what happened. Nana realizes that Michichru has been acting strange ever since yesterday. Later, Nana went to her teacher and told him about Michiru’s condition.

She then suggests they should get a doctor for her and the teacher replies that the doctor has just come back from HQ. Nana asks if all the doctors have left the Island. The teacher reveals that they went back to the faculty dorms early, and it has nothing to do with the murder. The teachers suggest that she can try to visit Onodera for help. Nana visited Kyo and find that he is busy; she asks if he is examining Ryuji’s body.

Kyo reveals that he want pinpoint for Ryuji’s death, and Nana asks him if he has medicine. Kyo gave medicine to help Michuri, and she collects nutritious food and water then rushes back to her room. Nana started wondering if Michiru has developed the power to bring back the dead. She gives her medicines, water, and food then find out that Michiru’s potential kill count is 150000+.

Kyo shows up apologizing that he is late and asks how she is doing. Nana said she is not sure, and they both started to help her; and Kyo suggests it better for her to be treated by a doctor. The next day Kyo tries to solve the murder mystery and interrogates Mogou’s purple-haired Henchman. At the same time, Nana notices that Michiru is getting better. She wants her to wake up so that she can strike again.

Fuko visited Nana and started asking questions that Nana started to be suspicious of her. Nana asks how Fuko knows whether Michiru is injured or not, and Fuko said that she thought the case was related to Ryuji. Nana realizes that Fuko can’t forget about her boyfriend, Ryuji. Fuko changes the topic and asks if she can help to watch over Michiru. Nana said she would be fine, and Fuko left her wondering about how Ryuji was killed.

Nana thinks that there is one possibility that Michiru is involved with Ryuji’s murder. She also thinks that Fuko tried to silence Michiru, and if it is true, she decides that she has to surveil Michiru now. Later Michiru wakes up and reveals everything that happened before she fainted. Nana thinks that it might Jhin Tachibana since all evidence is pointing at him.

Later, Nana got confused by the way Michiru is telling her story. She said things that are not related to the murder or Jhin, and it twists the case in another direction. Michiru notices that Nana has a wound, and she wanted to use her powers to heal her. Nana refuses and states that using her powers makes her shortens her life. Nana notices that she hurt Michiru’s feelings by scolding her to stay safe.

She then teases her that she must wash her face and hair that looks like a crow’s nest. They both started to laugh at each other and play with each other’s hair while taking selfies. Michiru opens up about her past before Nana came to the Island and decided to stay happy and keep moving forward.