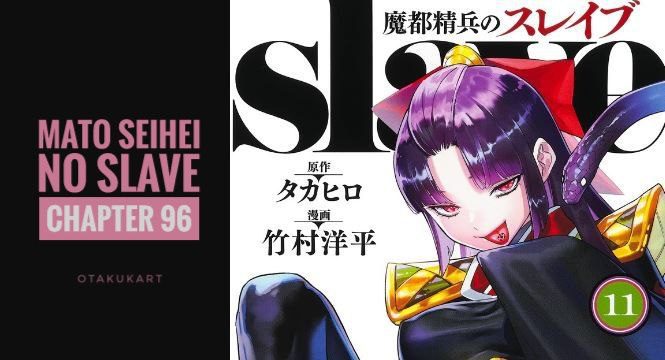 The release date of Mato Seihei no Slave Chapter 96 is right around the corner, and fans of this unique action-packed dark fantasy manga series are excited to know what is going to happen next in the life of our enslaved protagonist.

Mato Seihei no Slave Chapter 96, also called Demon Slave, is a Japanese manga series written by famous manga artist Takahiro, yes, the man who was also behind our beloved manga series Akame ga Kill! and is under the illustration of Yohei Takemura. The very first chapter of the manga series began its serialization in Shonen Jump Plus from the house of Japan’s popular publishing company, Shueisha, in the first month of the year 2019. After the success of the manga series, an anime adaptation with the same name is also all set to premiere next year.

Let us quickly find out more about the story and characters of the manga before jumping into the Mato Seihei no Slave Chapter 96 release date.

What Is Mato Seihei No Slave All About?

In the world of Mato Seihe, I no Slave, the gender hierarchy has been overturned because of the appearance of the dimension called Mato, where special peaches grow that, when consumed, give the user powerful abilities, but only if they are female! Mato is also filled with demons, and so an anti-demon corps has been founded, filled with peach-powered women that defend humanity from this new thread. 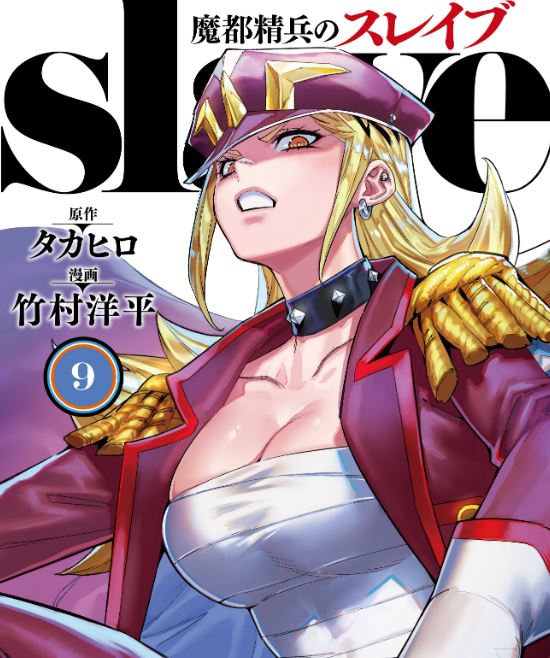 Our male protagonist Yuuki Wakura is a high school boy who is surprisingly competent, considering that he is the main harem character or he is about to be because he has a fated encounter with the chief of the anti-demon corps’ seventh unit named Kyouka Uzen, her peach ability is to literally make slaves and can bring out the potential of the slave, which gives Yuuki a cool pokemon looking form. Unfortunately, males can’t join the anti-demon corps, so he became the caretaker of the seventh unit, which is filled with all your favorite tropes.

A good ecchi series has to have engaging elements outside of the ecchi. Mato Seihei, no Slave has a surprising amount going for it plot-wise. Yuuki has an older sister who disappeared years ago during a Mato incident that he is now searching for, and this becomes a big driving plot point early on in the series. In this series, it is clear that there is some level of a grander vision in terms of the story, and there are plot points that need to be hit, mysteries to be solved, and arcs that need a satisfying conclusion, and that is the kind of stuff that keeps people reading long.

This was all about the story and characters of the manga series; now let us jump into our today’s central part Mato Seihei no Slave Chapter 96 release date.

When Is Mato Seihei No Slave Chapter 96 Release Date And Time?

Where Can You Read Mato Seihei No Slave Chapter 96 Online?

Similar to some other major manga series, Yen Press has the right to publish the manga both on paper and digitally. So, you can buy the Mato Seihei no Slave Chapter 96’s digital edition and the hard copy from the official site of Yen Press.

There are also a bunch of pirated sites providing a digital copy of manga free of cost; we at OtakuKart strongly recommend our users only read the manga by providing the required amount on their official sites. Reading manga series online on pirated sites is illegal and can prevent us from witnessing this type of amazing plot in the future.