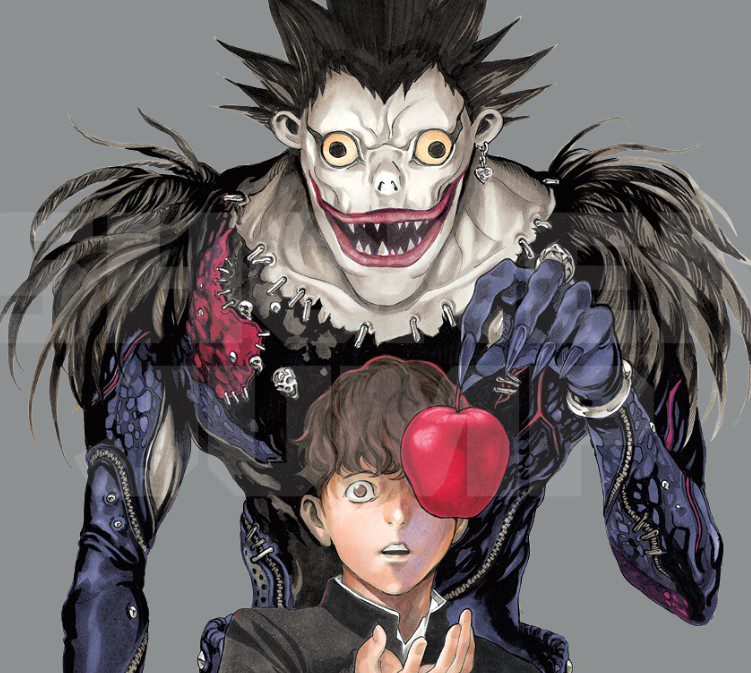 We will introduce you to the best short stories of Death Note. Death Note fans might be wondering about this new manga, but their answers will be available below. This new volume of Death Note has the best stories ever, and they have become more popular, but those who want to read them can read them on their official websites, and they are for sale. This New Death Note Manga was published by Viz media early this year. Death Note Short Stories has different story arcs set in different eras, and the single volume has a length of 266 pages.

Those who remember Light Yagami will realize that the stories that follow him are interesting, making you want to know about this new latest manga. Death Note Short Stories has the following stories Death Note Special, Death Note (2020), Death Note ni Rakugaki 4-Koma, L – One Day, L – The Wammy’s House, and Death Note (Pilot). This new manga reveals the best moments of different characters, and you might be familiar with some of them. Let’s dive deep into New Death Note Manga below.

Nine years have passed since Kira, Light Yagami, killed L, and three years have passed after the death of Light Yagami, who Shinigami Ryuk killed. However, no one has ever announced their death to the public, and L’s existence has vanished even though Near was the one who solved the L case. When some learn about death, they are surprised since they believe it is impossible. However, there are many mysteries behind this, and a mysterious user of Death Note has appeared. 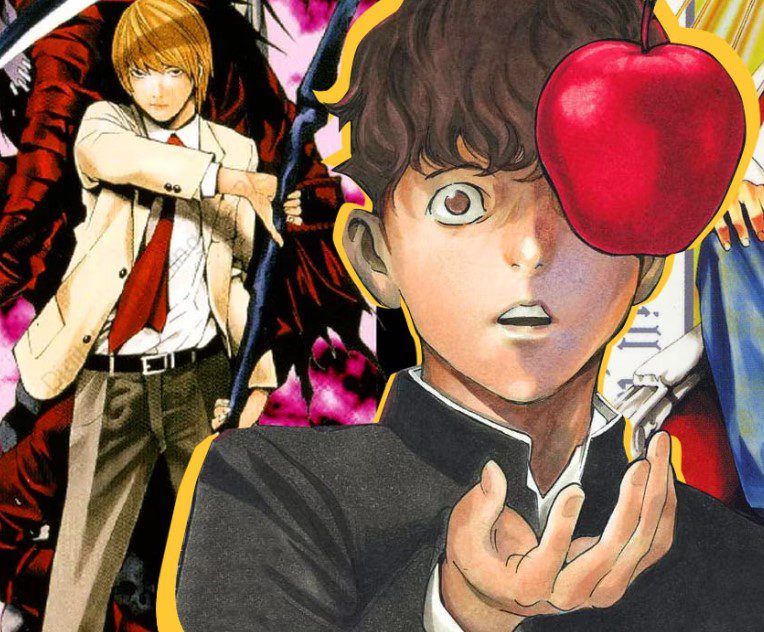 But Japan has now gone from the country with the highest life expectancy in the world. Even in the past, when Japan lost its top spot in the rankings, many knew that Kira had returned. But those who didn’t support or worship Kira never knew about Kira’s return, even the current L and Near. After a few days, many citizens begin to believe in the rebirth of Kira since they believe that the pain of elderly deaths will end.

Many pictures of elderly death and those on the brink of death begin popping up on the net. The reporters have also revealed the death of people with 65 and those older than that due to worsening medical conditions. Everyone begins to wonder why they die after their heart stops beating when they don’t even suffer a heart attack. They wonder if it is commenced where one can use the “Note” to kill via sickness. This brought a lot of debate, and some wonder if Light failed to switch up the Notes.

Some office workers blame Near that he might have failed to check if he was burning the real Notes. But it was not proven if everything happening was caused by the work of Death Notes. The State Police Safety Commission thinks a Shinigami might have brought them to the human world. Some office workers don’t believe in Death Note stories and Shinigami. A guy named Yamamoto argues with his colleagues about Death Note and Shinigami. 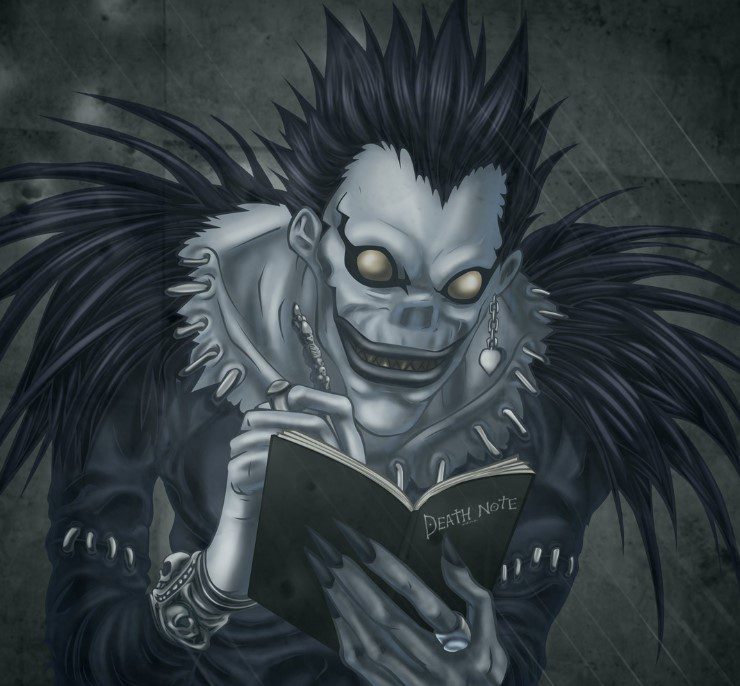 Thye thinks a person using Death Note is Japanese, but the birth rate and population continue to decline. Matsuda also has his say regarding this matter and stated that Kira was evil in the past since everyone knew that Kira was murdered, but he killed someone who didn’t want to die. However, Kira has reduced crime by 70%, even though his actions were wrong. Meanwhile, Ryuk talked about the human who last used the Death Note.

Midora also joined Ryuk since he was bored. The two believed humans could use a Death Note with strong spiritual strength. Midora believes it is thought since he cannot do it as Ryuk did when a human uses the Note. He asks Ryuk if he wants some Notes, but Ryuk thinks about the behavior of humans. Ryuk decides to take Notes from Midra and asks him if he has some, to which he agrees. Ryuk thinks that it is farewell to Kira, who many believe that Kira’s birth is nearing.

Death Note Stories is written by Tsugumi Ohba and illustrated by Takeshi Obata. Viz pushed this in May 2022. Many fans thought that Death Note had ended, and there won’t be other series that followed this, but manga followed it. This new manga is suitable for teenagers and other adults. Viz announced the New Death Manga a few months ago, surprising the Death Note manga fans. However, Viz has made it simple for the fans to know about New Death Note manga since they have given free previews that are interring, and it will make you want to know more about New Death Note manga. 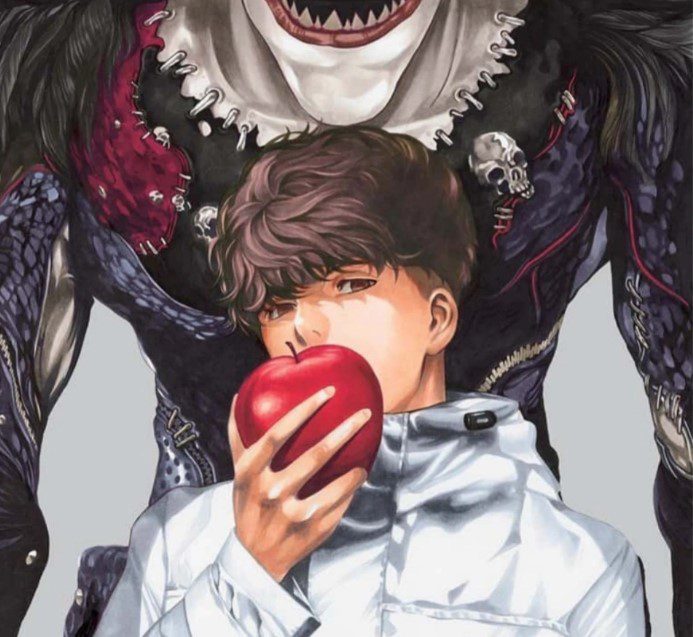 Death Note Short Stories is a compilation book that has six chapters. Five chapters are self-contained one-shot chapters and include a single chapter of Yonkoma published in Death Note. This is the continuation of  Kira’s story that many thoughts were over, but there are many mysteries. This reveals new character profiles, the Forces Involved in the Kira Case, Complete Shinigami File, Kira Case Participant Relationships, Shinigami Observation Diary, and new abilities. It is a complete collection of the Death Note series that formed new stories.

It reveals the stories of lives irrevocably changed by the influence of Death Note. This also reveals what it takes to fight or use the Death Note. The latest chapters of New Death Note Manga are available on Viz, and you can get those who have been aware of this already access the latest chapters. The latest New Death Note manga preview has twenty-one pages with a great story. All six chapters are available online, but only the first is free; you must join and read to get the other six chapters.

How Many Chapters Does New Death Note Manga Have?

New Death Note Manga has six chapters that have already been published on official platforms like Viz and Shonen Jump. But many fans can access the first chapter about Kira’s birth. The fists chapter was published a few months ago, and the other five chapters followed it. Many might be curious if this is the beginning of Kira’s stories since it has a few short chapters with different plots. Even though this new manga might have a few chapters, the story is interesting, and some of us might wonder if the story is still holding up the original Death Note plot. 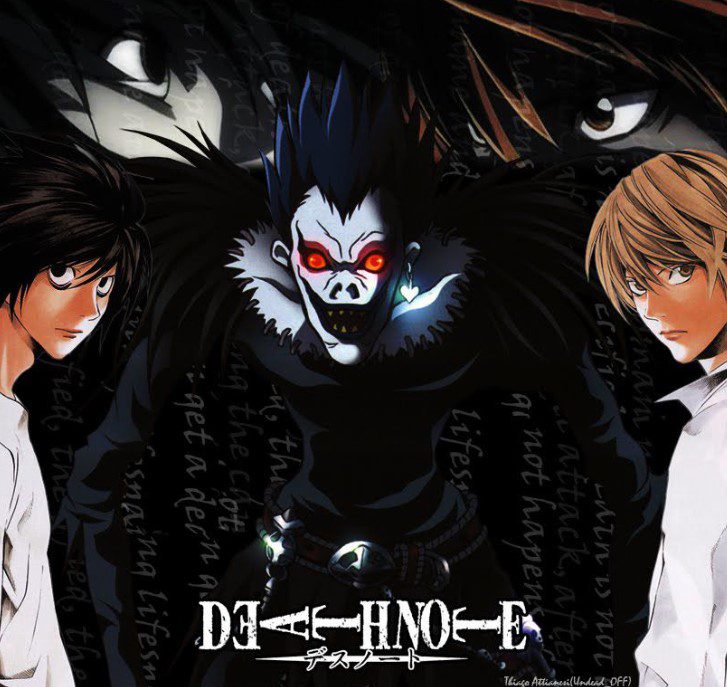 These new chapters reveal Shinigami’s stories, which arrived on Earth after many deaths. All the six chapters have different stories and reveal the arrival of Shinigami and the mysteries behind Kira. Kira’s mysteries were explained in all six chapters that you might like to read, but they will be for free soon. But some of the few chapters were released before and were not completed since many stories were missing. These six chapters have more than 20 pages that complete a single volume when combined. The first chapter was interesting since Midora ended the Deat5h Noite to Ryuk.