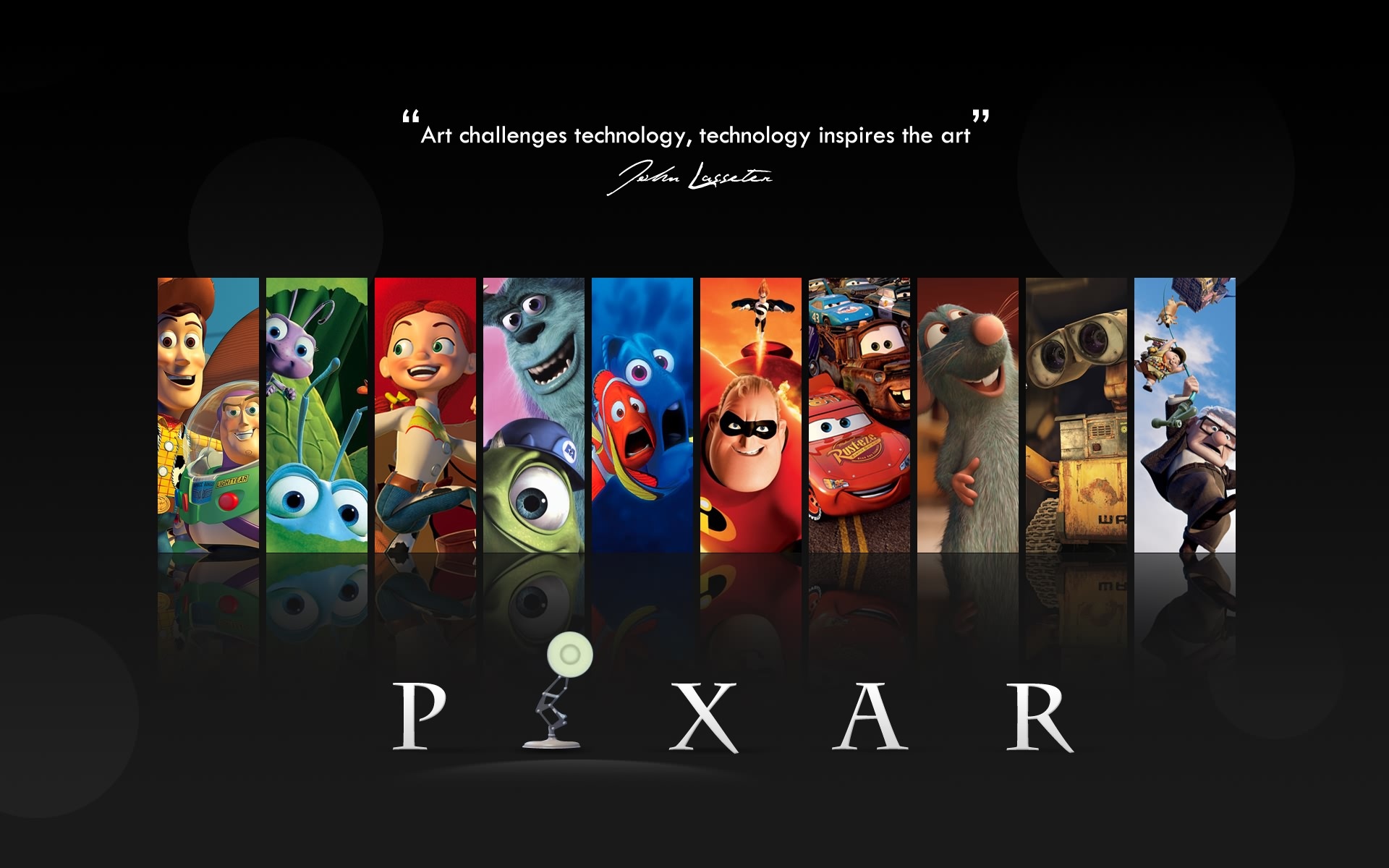 Since its foundation, Pixar is known for making films that are good and can be enjoyed by anyone across ages. From Toy story in 1995 to the latest one Onward in 2020, all films are best in their own ways. Ranging from superheroes to the emotions in a human, Pixar has told us many stories. Even Pixar’s lesser-known works have something to offer.

Here all the best films from Pixar released to date!

Wall-E stands for Waste Allocation Load Lifter: Earth-Class is the titular character in this film who is living on earth when the people of earth have left and leave a huge lump of waste behind later on he is visited by a robot sent by the starship, a robot called EVE, with whom he falls in love and pursues across the galaxy. It is considered as on the best films of the 21st century and has even won an Academy Award for a best-animated feature film.

Pixar is one of the few animation studios who have hit a home run in their first attempt, regarded as the favorite film among the fans of animation film in general. It has given us some iconic characters like Woody and Buzz Lightyear, and the latter one got his own animated series. Pixar released this film in 1995, which was made entirely with computer-generated graphics. At that time, most of the studios were stuck to the traditional animation, so this film was way ahead of its time.

It was the first film by Brad Bird for Pixar, after his film, The Iron Giant bombed at the Box Office. It is the first superhero-themed film which was the original idea of Pixar. The film tells us the story of the Parrs living in the alternate version of the 1960s America, where there is a mandate that superhero needs to hide their identities. Mr Incredible now has to fight vengeful fan-turned-foe and his killer robot in order to save his family and fellow superheroes. The voice cast is perfect and every character is unique in its own style.

It is the first film from Pixar to win an Academy Award, we can watch it any time and it always feels relaxing to watch it even if we are feeling stressed or happy, we will get a trip down the memory lane. It tells the story of a clownfish named Marlin who has lost his son named Nemo while he was out for school, now he must search for him across the ocean with a regal blue tang named Dory. It is a beautifully animated film that makes us emotional and feels the pain of someone we have lost. It is considered as one of the best-animated films of all time.

It is the first film by Pete Doctor, who is one of the key people in Pixar. As we know, it is known for its comedy and absurd plot which is unconventional. It also has a prequel film named Monsters University and a web-series titled Monsters at Work in development at Disney+. Sulley and Mike are two workers at Monsters Inc., which harnesses energy from the scream of children and fuel their city. The monsters believe that children are toxic, and can harm them. When a small child named Boo enters their world Sulley and Mike must return her home without the knowledge of other monsters.

Ratatouille is a film that tells the story of Remy a rat who wants to be a chef as he is inspired by chef Auguste Gusteau. It is remembered for its epic climax that still remains a fan-favorite scene from the film. The film is a work of art, that is beautifully animated, good direction, and well-constructed storyline based film. It was also directed by Brad Bird who earlier directed The Incredibles which is also a cult classic among animation fans.

One of the best things about this film is that it is a heartwarming film which tells the story of an old man trying to fulfill his late wife’s last wish. It is co-directed by Pete Docter who is known for making films with humanitarian touch and is majorly credited for the success of Pixar as a film studio. The film story revolves around an old man named Carl Fredricksen and a boy named Russell, Carl wants to fulfill his wife’s last wish, so he gets his house flying with the help of thousands of balloons to see the wildlife of South America.

This is Pixar’s first film which tells the story of a princess as a protagonist. The film follows the protagonist named Merida living in the Scottish Highlands who wants to write her own journey and not be engaged with someone which causes chaos among her family and friends. It is dedicated to Steve Jobs who was the main shareholder in Pixar before it was acquired by Disney in 2006.

A Bug’s Life is the second film of Pixar after the success of Toy Story directed by John Lasseter, it is loosely inspired by Aesop fable named The Ant and the Grasshopper. It has a plot that features an ant named Flik who wants to prove his ability to his fellow colony members so he goes on a quest to find some warriors. Turns out they are a circus troupe now they devise a plan to defeat the greedy grasshoppers. The animation looks eye-catching as there are various complex characters in the film, so it is a must-watch for Pixar fans in general.

Cars tell a cheery and bright story of Lightning Mcqueen who wants to win a piston Cup but finds himself stuck in a small town when he accidentally destroyed a road that connects the town to a highway. Now he must finish the rad work a get to race in order to win it. The film’s animation kind of looks unique. It features different anthropomorphic Vehicles like cars, trucks, buses, vans etc.