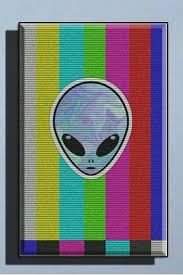 It looks like another level has been added to the horror game that is 2020! Understanding what former Israel space security chief Haim Eshed said, the Us and the Israeli government has been in contact with a galactic federation of aliens!

In an interview Eshed did with Yediot Aharonot, a Hebrew paper, he said that aliens exist and they have a galactic federation with which our planet has been in contact. Jerusalem Post was the first to do a report on this story by translating the whole thing.

He goes onto say this relationship between humans and aliens has been going on for years, and some of them even exist among us! The whole world seems to be turning into a new entry for a Star Trek movie.

He was speaking to the paper in relation to his new upcoming book Universe Beyond The Horizon; the claims he has stated in this interview went viral in no time. These claims are literally out of this planet! (no pun intended). Even though none of these are verified or backed with proof, his credentials are all there. Haim Eshed used to be the top official in Israel’s Military Space program for almost 30 years; he was also one of the hands behind their Ofek Sattelite Project.

Some of his claims include-

Aliens have been in contact with mankind for years now, just like us, have been trying to unlock and find out the secrets of the universe. He says that the alien federation has agreements with the US on helping each other understand ” The fabrics of the Universe.”

Then he goes on to say that Donald Trump knows about all of this, and one time, he was on the verge of disclosing everything, but the aliens stopped him from doing that because of the mass panic and hysteria that would cause the humans.

He states the aliens are waiting for us humans to reach a stage where we will understand and respond to this situation more logically and better, a stage where we know about space ships and space travel.

Then the most bizarre claim of all is that he says the aliens and the US has a secret underground base on Mars! This is where representatives from different lands to meet and negotiate agreements.

The claims this man has made is in no way small. He goes in-depth about all of this in his book. We have no solid proof to back these statements; we are as confused as everyone. But looking back to what the year 2020 has been, anything is possible. Time to rewatch some alien movies just in case things go south.