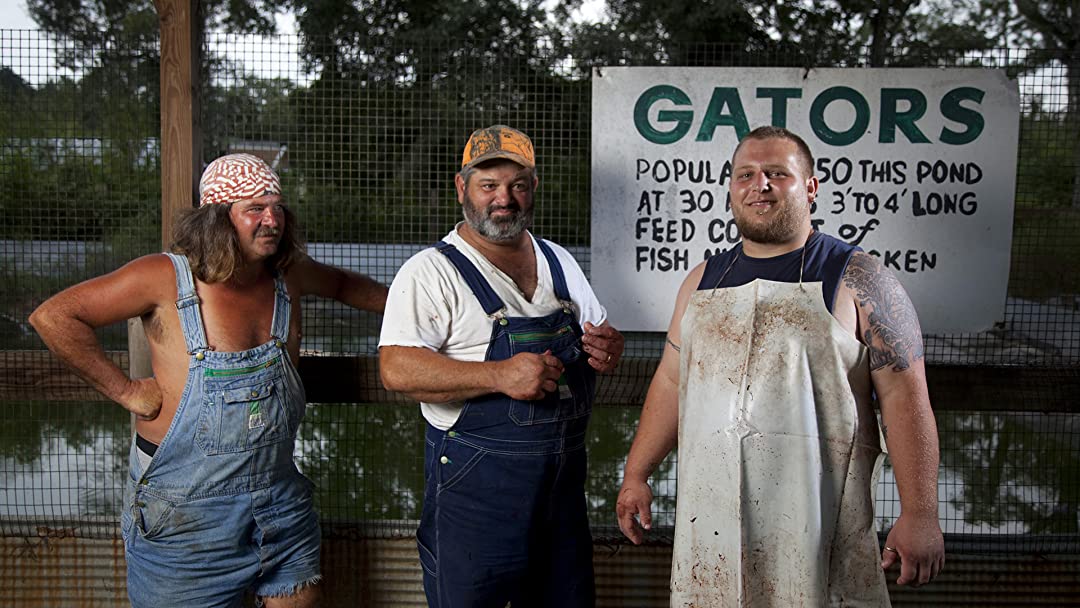 Today we’ll be talking about Swamp People Season 12 Episode 6. Alligator hunting has never been fun until Swamp People arrived on our screens. The last episode of History’s Swamp People saw the arrival of extreme summer heat. From facing the consequences of the summer to protecting the battlefield. The condition of the team went from great to terrible in a matter of seconds. Developed by Dolores Gavin, Swamp People is one of the long-running reality shows coming from History Channel. The series has so far covered 11 successful seasons, with an ongoing twelfth season completing the first five episodes. As the sixth consecutive episode of Swamp People Season 12 is on its way, here we are taking a look at what happened previously on the show.

Swamp People follows the daily adventures of alligator hunters from the swamps of Atchafalaya River Basin. They hunt them for a living. A tradition dating back about 300 years where alligator hunters gather for hunting down in September. A month is considered to be Alligator season for them. So with no further ado, let’s take a look at what happened previously on Swamp People. Also, what we can expect from the upcoming sixth episode of Season 12.

The extreme summer episode opened up with Willie hunting down a monstrous alligator weighing around 350 pounds all on his own. On the other side, Ron and Ashley have quite ambitious goals in their mind. Especially with a large number of alligators in their sigh. All they worried about is the humidity as of now because that’s the most dangerous enemy. If someone falls down, there ain’t any ambulance coming to rescue. 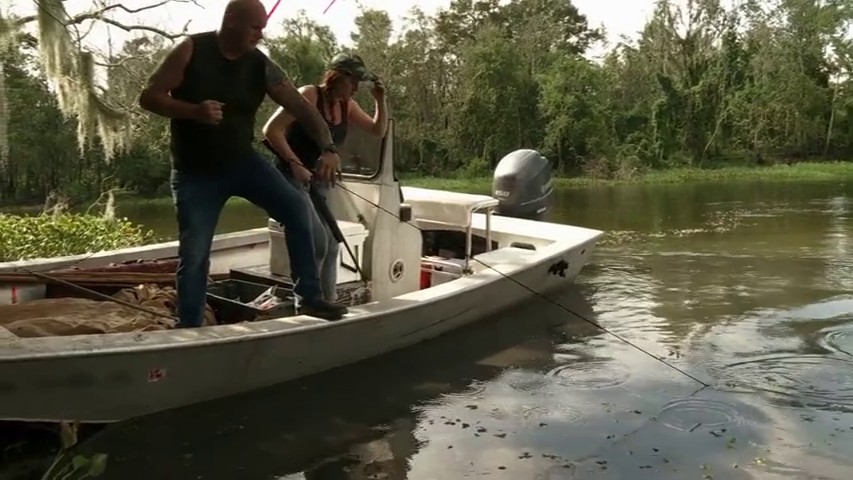 Ashely and Ron set their eyes on the first target. They see a fallen line trap which leads them to a monstrous alligator trapped with it. With initial struggles. Ashley manages to shoot it down, making their first hunt of episodes successful.

Jacob and his Don are having quite a trouble baiting the alligators on the other side of the land. Don comes up with his own unique idea to keep the bait moist and juicy. They mark the bait waiting for the gator’s arrival. In 32 miles south of Calumet, Joey and Zach have prepared well for summer by narrowing around the water space of the area. They are trying to hunt down alligators to protect the calves since there was a huge loss of cattle last year. Especially due to alligators killing them off. Soon, the duo figures out how these alligators attack the calves and hunt one of their first ones down.

Back to another side, even though Ron and Ashley hunt their second target down, the heat is what’s killing them. The same is the problem for little willie and his grandfather, who are tackling the extreme heat. Although they get hands-on their first target, it pays off. Willie starts showing signs of heat exhaustion, and a medic is called in for a diagnosis.

Jacob and Don having a hard time with baits, go back to Don’s chicken drip invention and finally hunt down their first alligator of the episode. Joey and Zach continue to their mission to save many cattle as possible. But heat doesn’t want them to continue. To replenish, they eat a couple of pickles to recharge themselves and move on. Soon, they get hands-on with another calf killer. 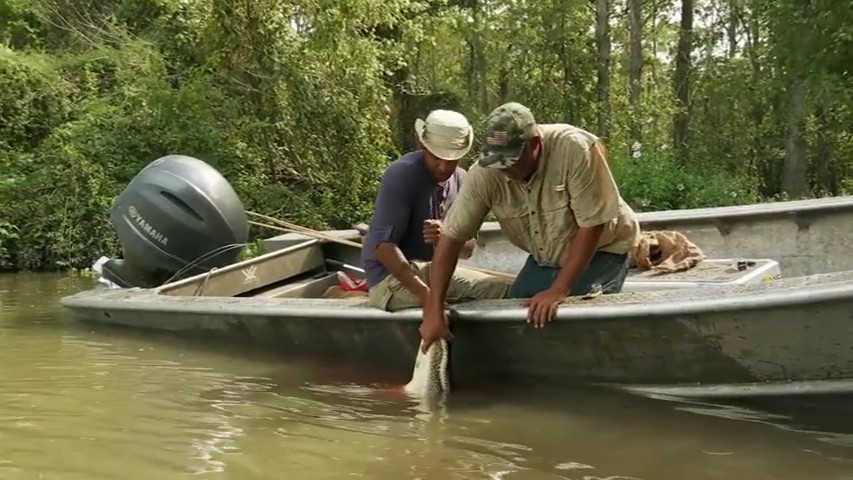 Ron and Ashely take a look at another line of theirs down and hunt down another alligator. This time the heat pays them off, and they struggle a lot before finally putting the gator down. With Little Willie struggling with the heat, his grandpa is almost on his own this time. So, with not comprising much, Willie’s grandfather hunts down another gator and decides to return back home.

In the end, Jacob and Don succeed with their trap too, along with Joey and Zach hunting another gator down. Plus, Ashely and Ron hunt alive gator down quite close to them and strangled in a trap. A hard day’s work paid off well for them.

Also Read Will There Be An All American Season 3 Episode 9?

Swamp People Season 12 Episode 6 will be releasing on 4th March 2021 on History Channel. All the episodes will be available to stream on History Channel’s Official Website. Titled “Swamp Secrets,” the official synopsis of the episode stated that troubles would be getting harder. Troy and Pickle will be working on breeding grounds that are known to have a number of female gators. A lesson will be taught to Dorien from his grandfather Daniel. Secrets of the Swamp will be revealed by Daniel. For the very first time, Ashley will be setting out all alone for hunting. Plus, Bruce will be chasing down a deadly cannibal that is bent on destroying his favorite honey hole. 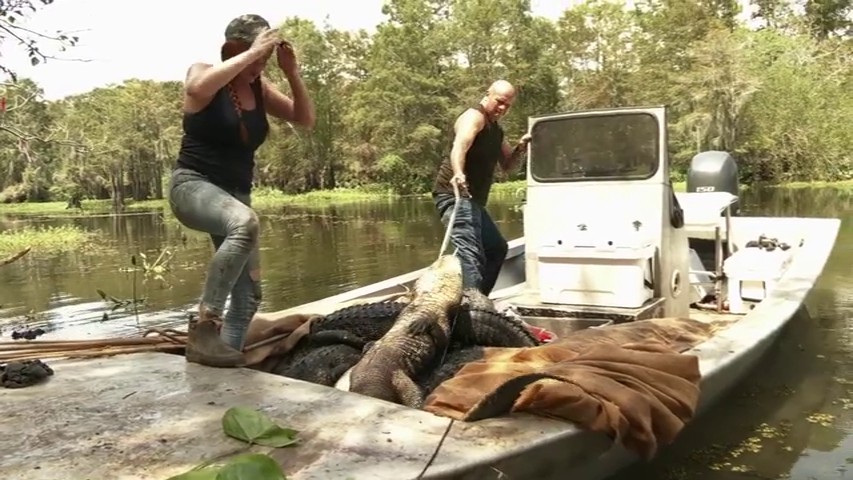 It seems like the summer heat won’t be backing down in the sixth episode, either. So, according to the title, lessons coming from Daniel will be the pivotal part of the upcoming episode. Troy and Pickle taking cues on female gators is something to look out for. On the other hand, this will be the very first time Ron is not joining Ashley. Always together, duo, it would be worth looking if Ashely is able to pay off with Ron, not on her side. Plus, what’s the deal with this deadly cannibal that Bruce is chasing? All in the sixth episode of Swamp People Season 12.