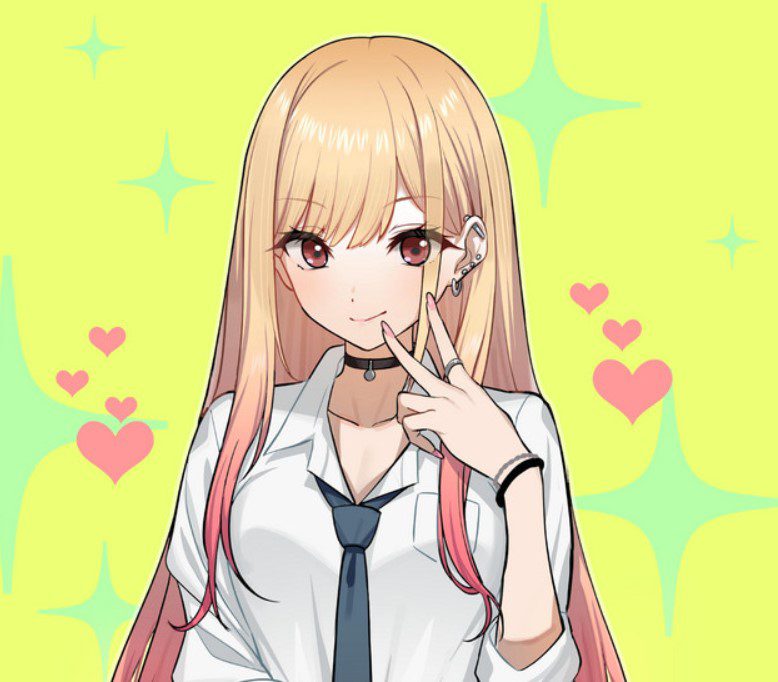 When we talk about Best Modern Romance Manga, we refer to the ongoing manga and the manga of our era. Most of the modern manga are the ones we know, but there is a top-ranked best-modern manga that we will talk about, and you might have forgotten about a few of them since many of them are hard to read and access online. Best modern romance manga has improved, and they are different from the other romance manga from the past.

In the list of those mangas, you will also come across a popular manga that has begun and they have become popular due to its storyline. It is rare to find a boring or disappointing modern romance manga since the writers have improved their skills to please the fans, and they know what the fans always expect in romance manga. However, we can not talk about the romance manga you are familiar with since it might be boring to read the same thing repeatedly; now, let us introduce you to the new romance manga you have been missing.

Let’s start by looking at this manga that has recently begun and is ongoing on various websites. Onee-San Is Invading!? It is the best and most popular modern romance manga that began a year ago. This is the story of Toono Ao, who failed to become a ronin in college. Ao decided to live alone to improve his studies near his cram school. It was not difficult, but he has found a place he calls his own. However, things are exchanged when a drunken lady joins him. 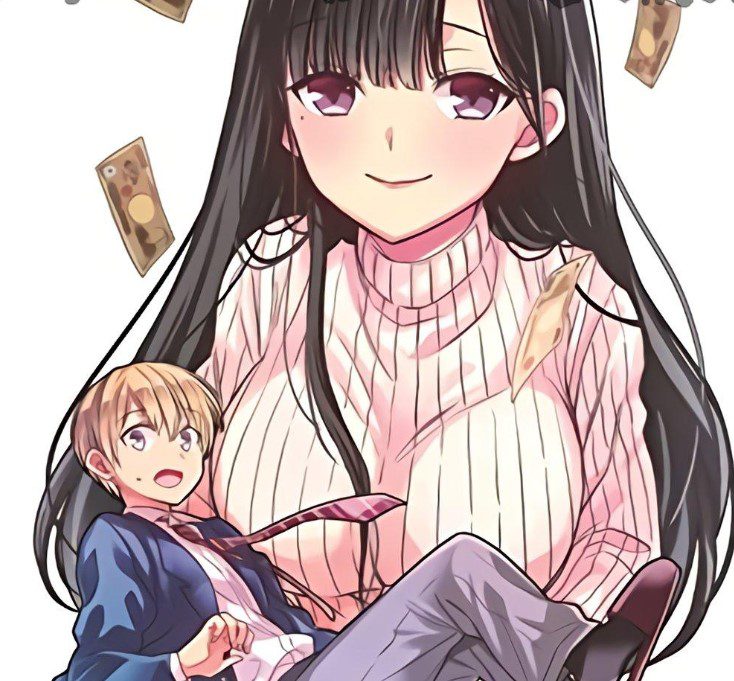 Ao realizes that the lady is too beautiful, and she always takes advantage of him even though sometimes he cannot resist. This is the best romantic story between a strange lady and a student who wants to be successful in life.

Starting a Business In Another World!

This manga is filled with adventure, ecchi, action, fantasy, harem, martial arts, and romance. It is a romantic tale of Jiro Tanaka, who used to work for a black company and left due to overwork. Jiro arrives at his home and learns about a job recruitment template from a company from another world. His role is to work on the dungeon created by the Demon King. 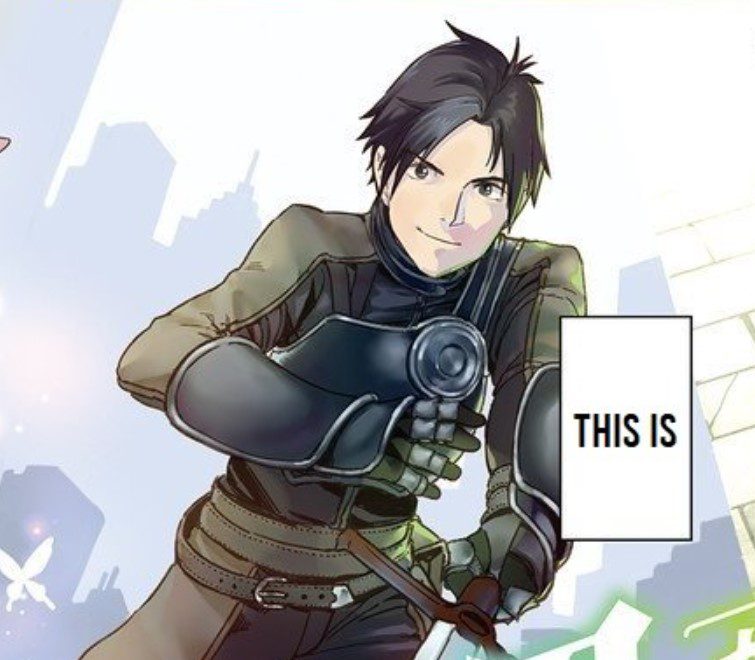 Starting a Business In Another World!

Juro dives into the dungeon and spends many days as the  “dungeon tester.” Everyone waited for Juro to complete the dungeon that the heroes failed to clear. Jiro has a hot dark elf boss with tremendous abilities, “Magic resistance.” He turned from being an enslaved person into a popular man who the ladies adored.

Snow White with the Red Hair is also known as Akagami no Shirayuki-Hime. Shirayuki is a beautiful lady and a pharmacist with bright red hair in the kingdom. However, Shirayuki’s looks have even stolen the heart of the prince of the kingdom. The prince asks Shirayuki to become his concubine. But Shirayuki was not interested in that since she didn’t want to be viewed as a used tool, and she left the kingdom. She arrived in the forest when she met the charming Zen. 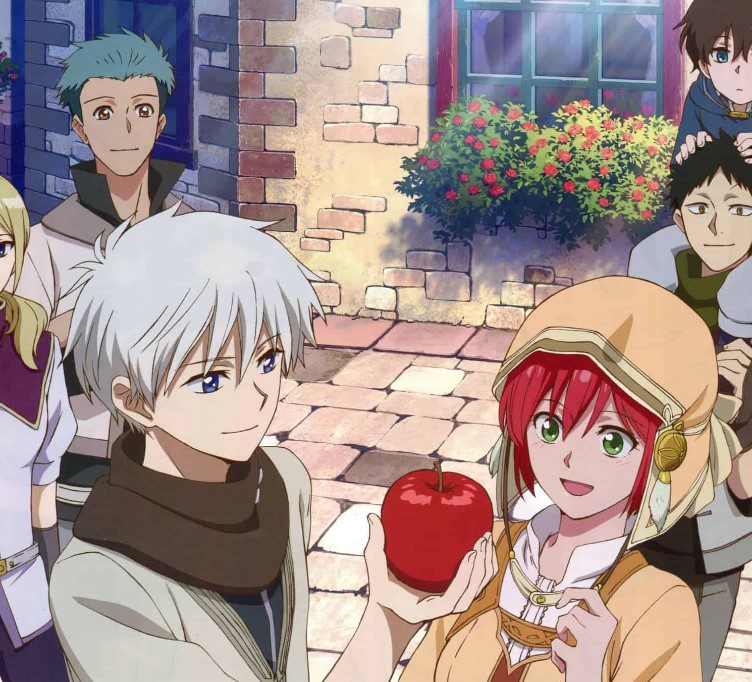 Zen has rescued Shirayuki from Prince Raji’s clutches. She was amazed to learn that Zen is also a prince. But Zen decided to become Shirayuki’s friend, unlike other princes that wanted her for her looks. The two return to Zen’s castle while Shirayuki continues to pursue her dreams. Things became difficult since the prince couldn’t keep his eye on Shirayuki. But Shirayuki also understands the prince’s feelings since she has seen his kindness.

This is one of the best modern romance manga that ended a year ago, and one can still enjoy reading it in this era. Some of us might be familiar with this manga, which is also great for those who don’t know it since they will be learning about it. Let’s delve into Narumi Momose’s life as the lady who keeps dumping her boyfriends. Narumi has dumped many boys that have discovered that she is an otaku, but she has tried everything to hide the truth. Fortunately, she had a new job with her best friend, a fellow otaku. 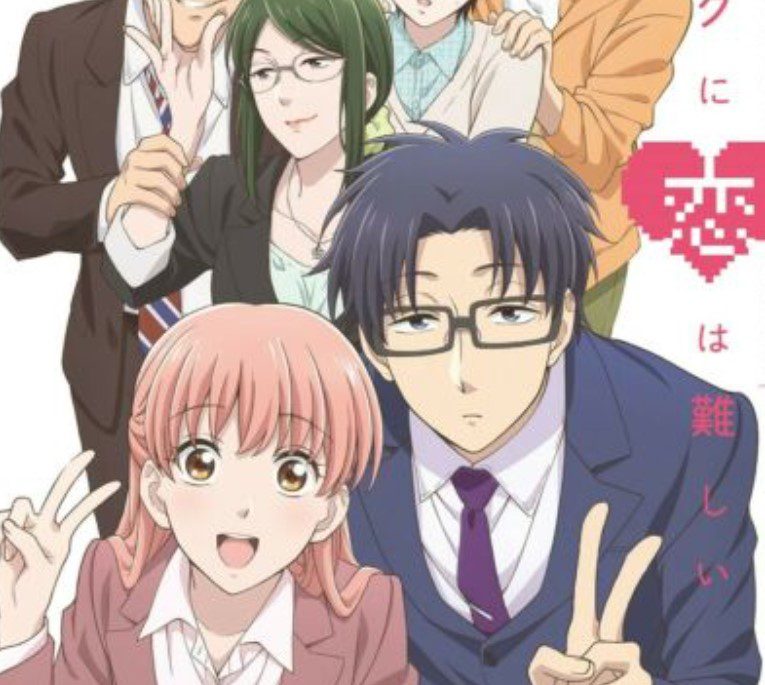 Coworker Hirotaka Nifuji almost accidentally gets her secret out at work. Narumi devises a plan to make sure Nifuji never reveals her secret. However, Nifuji had something else in his mind since he had begun to love Narumi and asked her to date him. Narumi knows Nifuji might reveal her secret, but she can date him to hide the truth. However, only Nafuji knows it is true love though it has begun like a game.

Love is War is the best romance manga, and this is just a reminder for those who didn’t know how this manga continued. We have read about the ultra-romantic moments between different students, especially between Miyuki and Kaguya. Their love couldn’t be broken even though some family matters interfered with their love story. This is one of the best modern romance manga worth reading and is ongoing since the family war is far from over and Kaguya and Miyuki are fighting to make their relationship work. 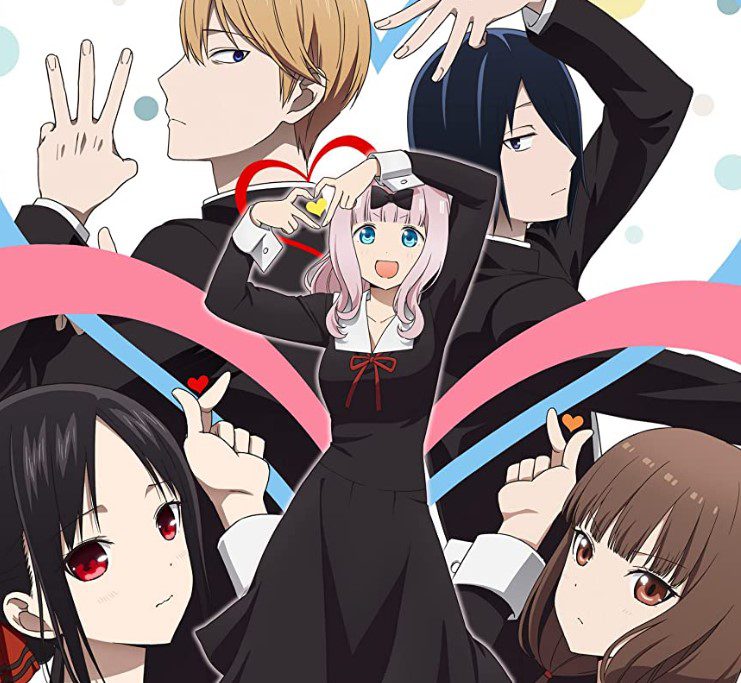 This one takes us to a romance and love that occurred a decade ago. Yato is a god with no place to stay or a home. He has no shrine or anyone who can worship him. Yato realizes that he must devise a plan to achieve his goals. He begins with services of helping those in need for a small price believing that he will make enough money to build the lavish temple of his dreams. Yato continues to work hard and accept any job, leading him to find a lost kitten he helped. One day he also helped a student to deal with bullies at school. 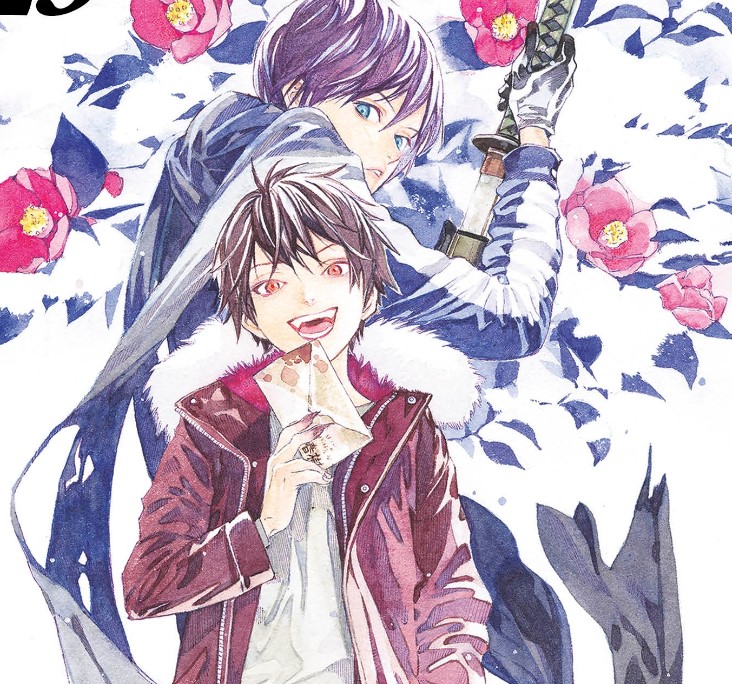 A Girl on the Shore

This is a love story between Koume and Keisuke. Their relationship turns to another level, but they both have different ideas about what they want in their relationship. Keisuke wants their relationship to be more than that of a kiss, and Koume has a different mindset. He is also looking for something that would be better than the local playboy has. Misaki is the famous playboy who is a challenge to Keisuke. 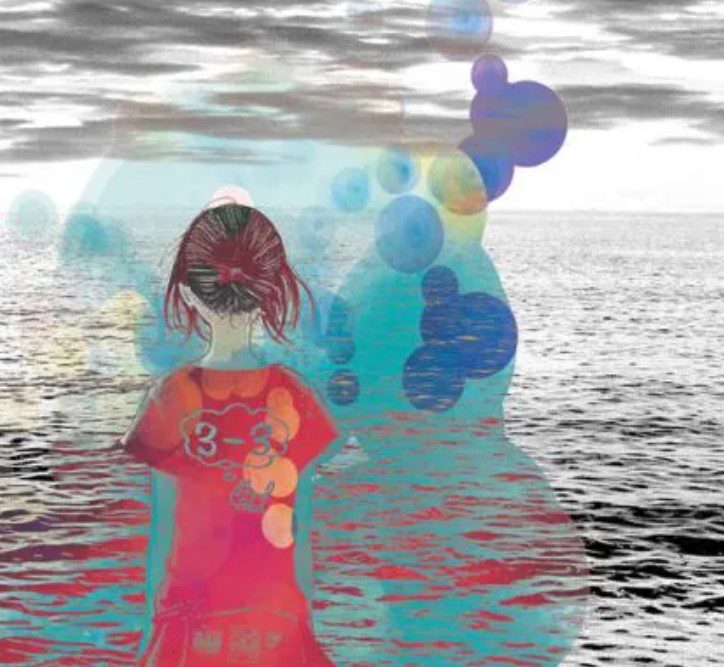 A Girl on the Shore

However, Keisuke and Koume find something greater in each other and believe it is far greater than they expected. Their lives begin changing, going on until high school exams.

This story is about two unfamiliar students who become the best lovers in school. No one ever thought that guy who looked like a nerd would date the school’s most beautiful and famous girl. Kyouko and Izumi are two students who each lead a double life. The two fell in love in a way that sup[raised everyone, leading other students to fall in love and learn from the two. Izumi and Kyouko also learn about each other’s secrets, strengthening their relationship bond. 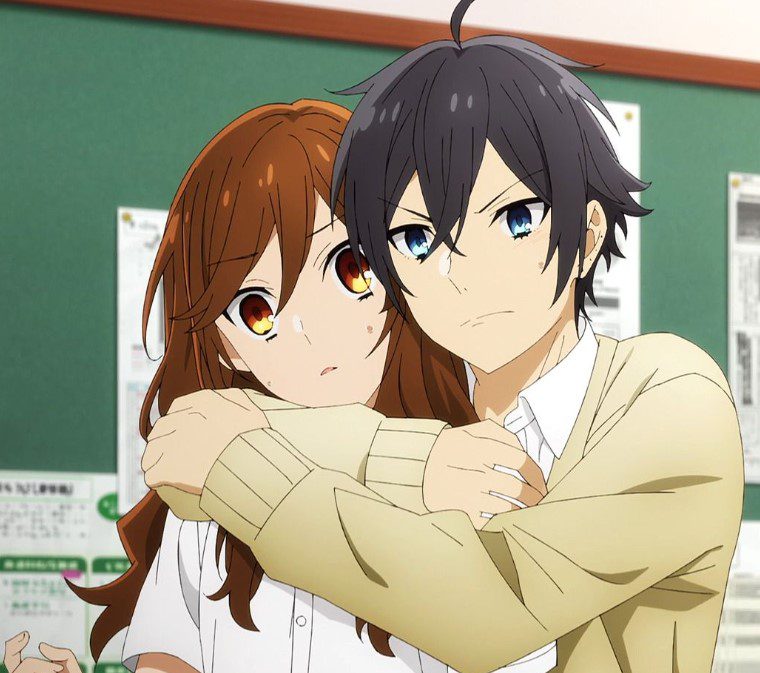 Dungeon No Osananajimi is one of the newest manga that recently began, and this is a thrilling romance manga worth reading. This reveals a romantic comedy within the dungeon. There is a final boss at the bottom of an impregnable underground dungeon called the mighty black dragon Obsidian. However, Van dares to challenge the dungeon boss since he has fought many battles with the dragon for years. 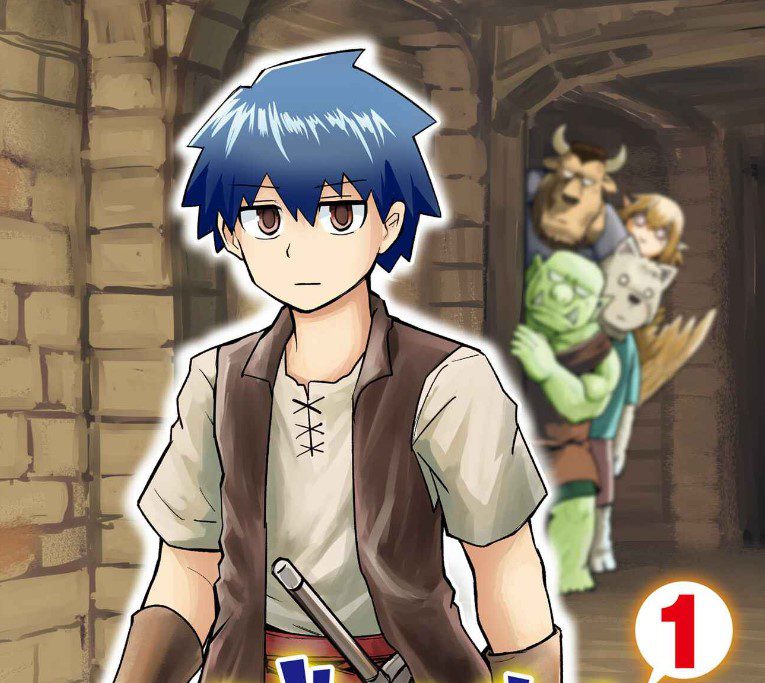 Van is a formidable adventure that attracts many ladies in the dungeon. This was the best list of modern romance manga. But it was a great experience since we brought new mangas that you might not be familiar with.

Also Read: What Episode Does Jinbei Join The Crew?