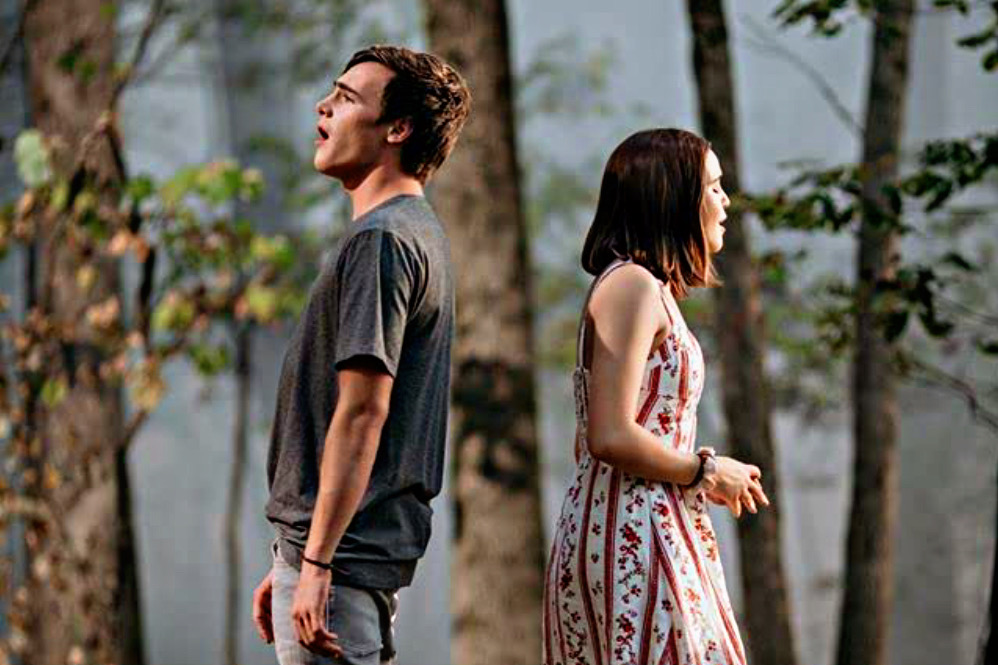 The Spring signifies a new beginning full of happiness and charisma. A season that signifies happiness and pleasant experience, how can we forget to let your know about a movie that actually depicts Spring – a season of rebirth. With it being just around the corner, Netflix has come up with a new musical project titled A Week Away.

Directed by Roman White, A Week Away just dropped its official trailer on YouTube, and fans are already drooling upon the sweet plot it carries throughout its stretch. A story that depicts healing away from your past wounds and welcoming a new set of adventures that life has in stock for you. A story of growing out of pain and finding solace in things that have their arms opening for you. A story of cleaning your blurry lens of misery and seeing the world through the clear glass of happiness. 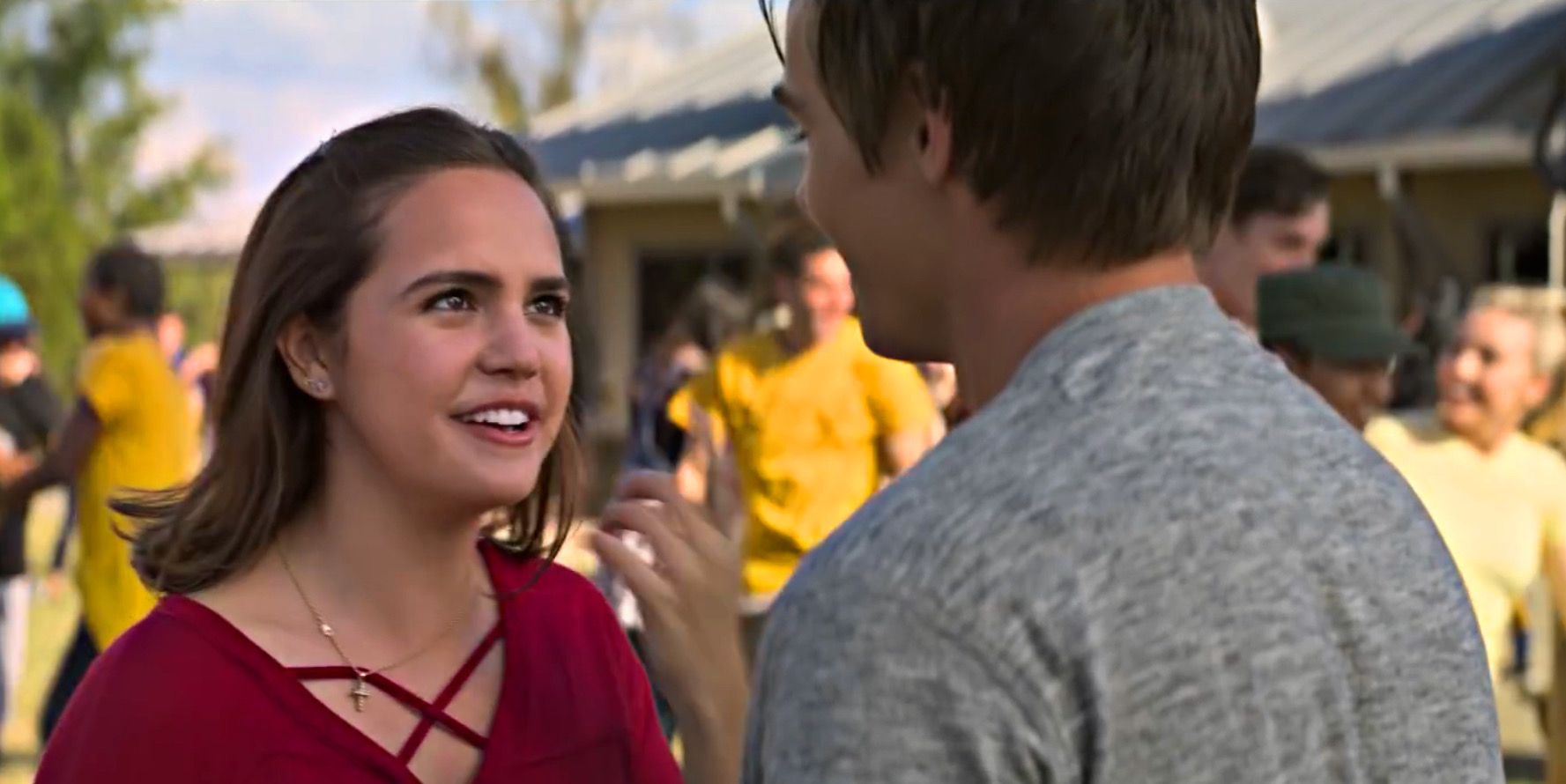 As the trailer kicks in, we’re introduced to the male protagonist of the story, Will Hawkins. He is maybe an orphan who is looked after and is required to attend a Christian summer camp, which, ofcourse he isn’t at all interested to attend. Will have maybe given up on life, for he has suffered a lot in his past last. He no longer finds the need to open himself to things that might fix him. He absolutely hates it when people try being his savior. Maybe he is used to his present life, or maybe he has lost all hopes to make it better.

As he sets out on a bus to the Summer camp, we see him being disappointed, for he didn’t know it was a Church camp. But his friend feels that a week away from their usual lives will certainly be a happy element for them. The students reach the camping spot, and while everyone is joyous, Will gets frustrated at everything he sees there. He gets face to face with the camp organizer, who owns the place, and notices his T-shirt with Aweegaway being printed on it. Will mistakes it to be his name and asks the story behind it, to which the man lets him know that it signifies A week away. He feels that every once in a while, somebody is just a week away from an experience that might change everything for them. And we see it is true. Will sees Avery, a regular camper and daughter of the camp venue owner, and falls in love with her. 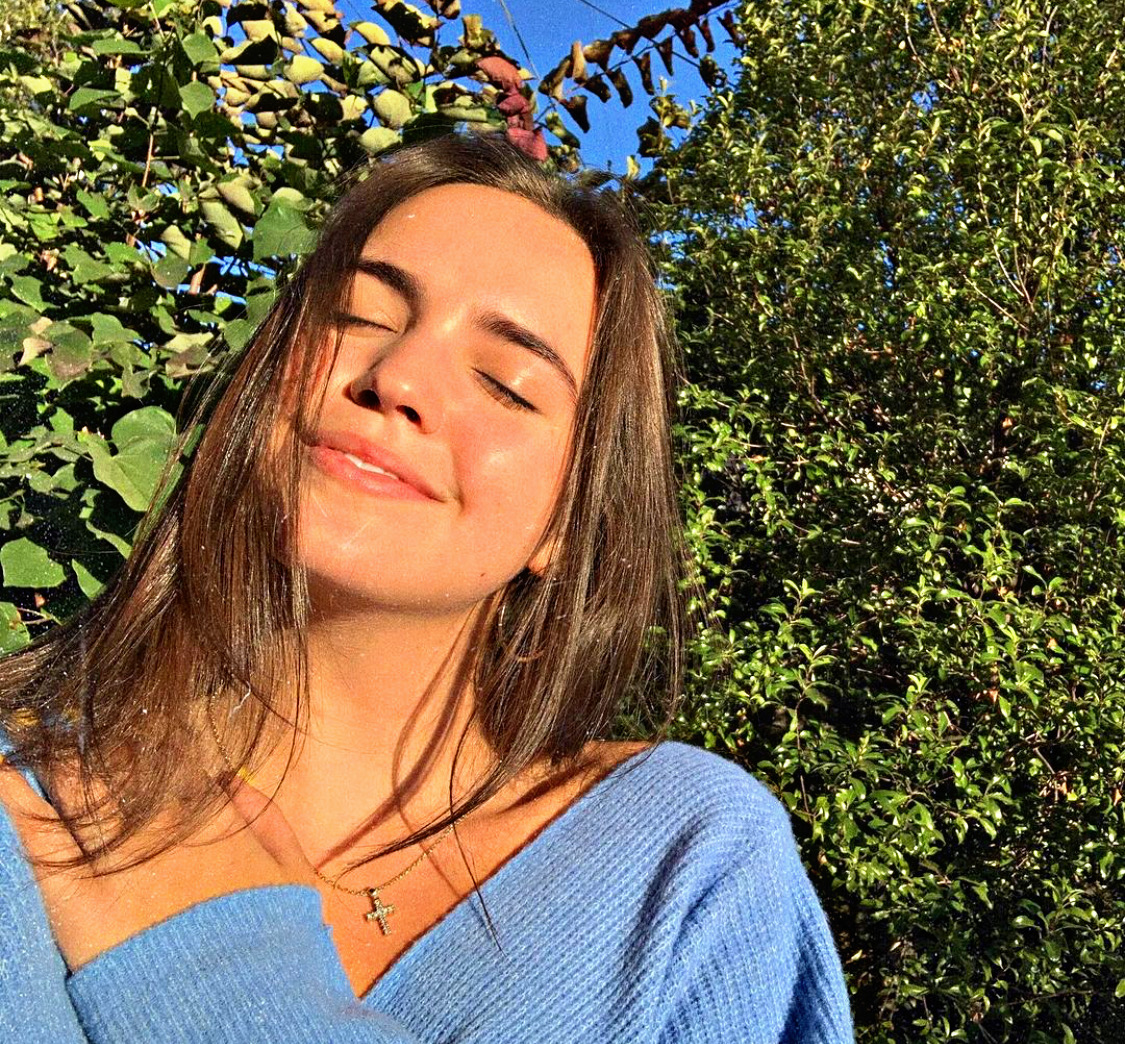 At the glimpse of her, Will knows that she isn’t a usual girl. For her father is so optimistic and outgoing, she too is your happy-go-lucky girl who lives life to the fullest. He sees her dancing and singing around with the students and realizes he needs to pretend something he is not in order to fit in. We see Will performing water sports and keeping away all the weight aside, which has flattened his life and happiness. But as the film progresses, we see his pretense turning into a reality, where he discovers what he actually loves. With being close to Avery, he realizes his love for singing. A sweet little romantic story begins blooming between the two protagonists while they wander around the places. They get to know each other, and initially, Will feels that Avery is truly perfect, but she denies it. She opens up to him and tells him that she’s trying to be someone, what everyone expects her to be, and many times, it becomes exhausting for her. Will feels a connection to whatever she says, for he, too, is tired of pretending to be okay. 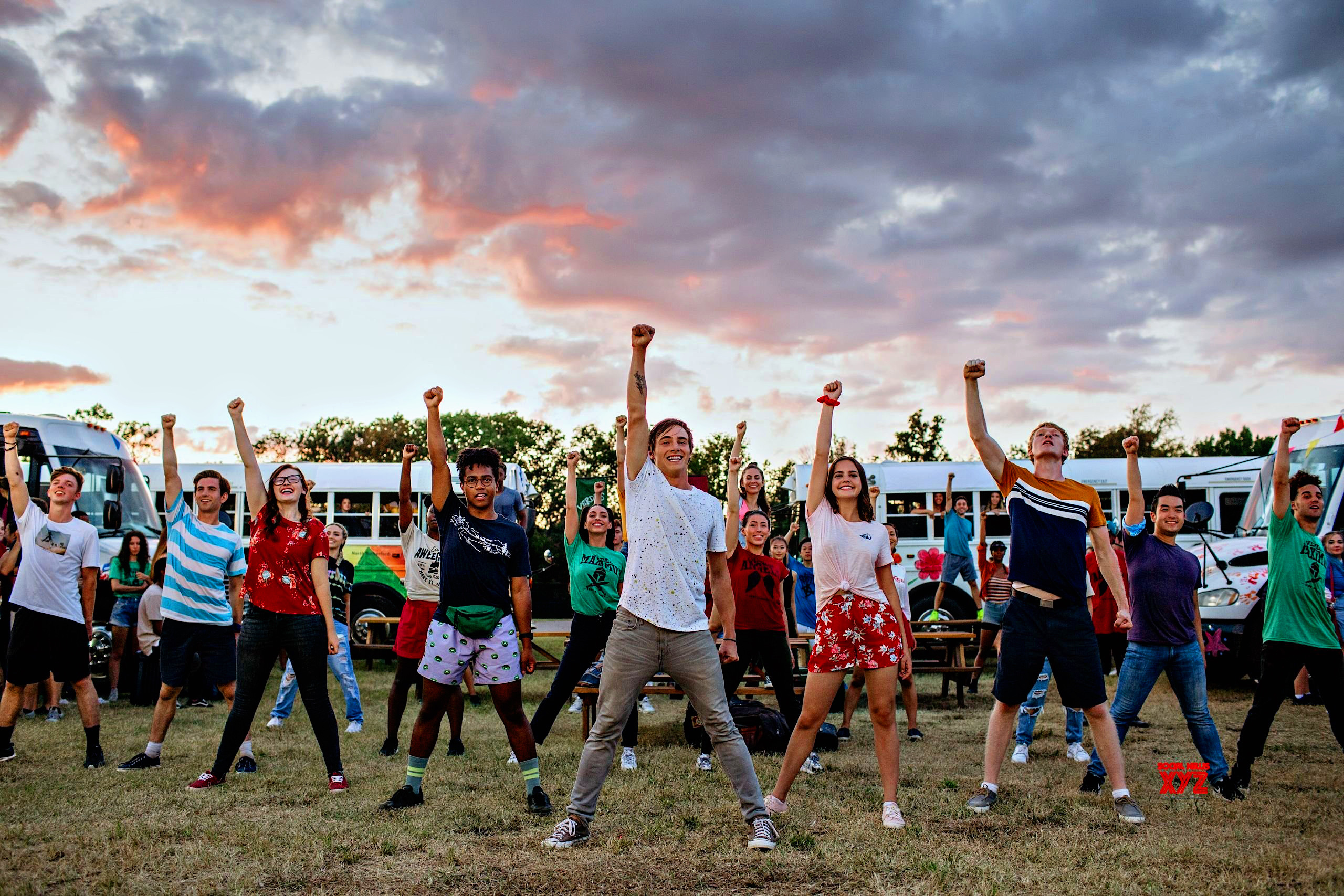 The two go places, dancing around and having a good time, and Will accepts the fact that it has been so long since he felt so connected to someone, like he does with her. But eventually, their connection loses its route, when Will leaves. On being inquired about him, Will’s friend opens up to Avery and makes her aware that Will isn’t who he says or shows he is. His absence and pretense start bothering her because she knows, what it takes to carry yourself as a person, you are not. She goes looking for him and eventually finds him. In a statement of total despair, she bursts out on him. She wants to know why he chose to run away, without even letting her know the actual reason. Being used to carrying a weight on his life, it gets difficult for Will to give practical answers. He responds that she knows nothing about him, and he doesn’t need her to fix him. She says that she has no intentions of fixing him, instead she just wants to be his companion. Precisely, she wants him to be her companion.

As the film progresses, we see the protagonists being out of all the emotional dilemmas that kept that hanging. Will soon realizes his feelings for Avery and what she really meant. He also discovers his passion for singing and dances around with his friend. We see the dark frame of the film being shifted back to soft colors of happiness and joy. Will is told that whatever he’s doing would make his parents proud for sure, and that acts as a statement of motivation for him. We see him rising, from all the chains that he had created for himself. He is now genuinely out in the open world and appreciates happiness. He is singing with all his heart, in front of a huge audience, with his love cheering for him in the audience. 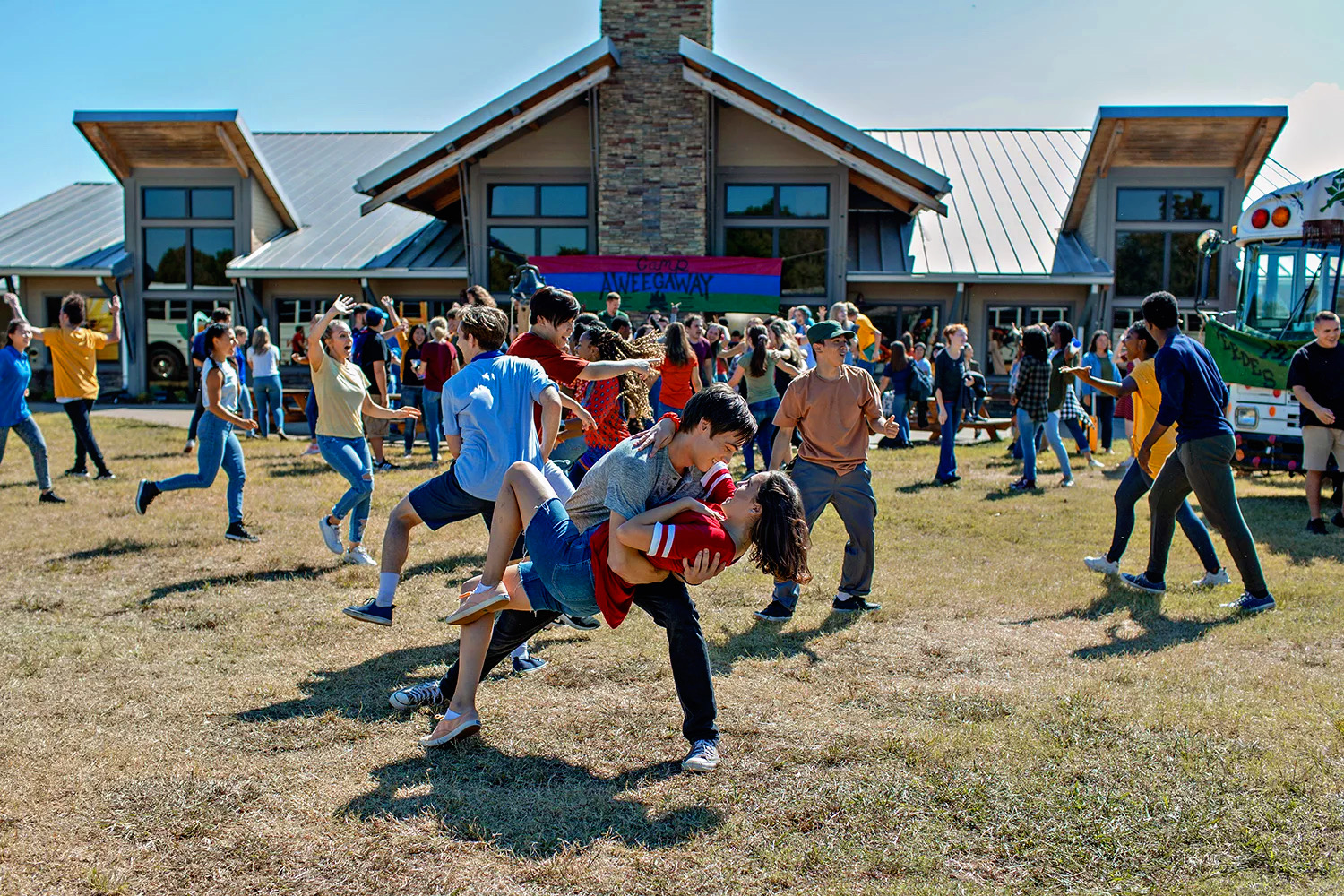 A week away from his miserable life helped him find a new way of living. While fate separated him from his real family, life helped him find a new one, where he found a father figure, a true friend, a girl who awakens his heart, and lots of friends all in one place. You know, it always isn’t about blood relations. Instead, there are times where this world offers you relationships that hold you up, forever. Will, who was deprived of all at such a young age, found people who love him, in the most unexpected place. He finally finds solace in his life and eventually finds his home. With love, even a withered flower can bloom again. With love, even an unfortunate person can be lively again. 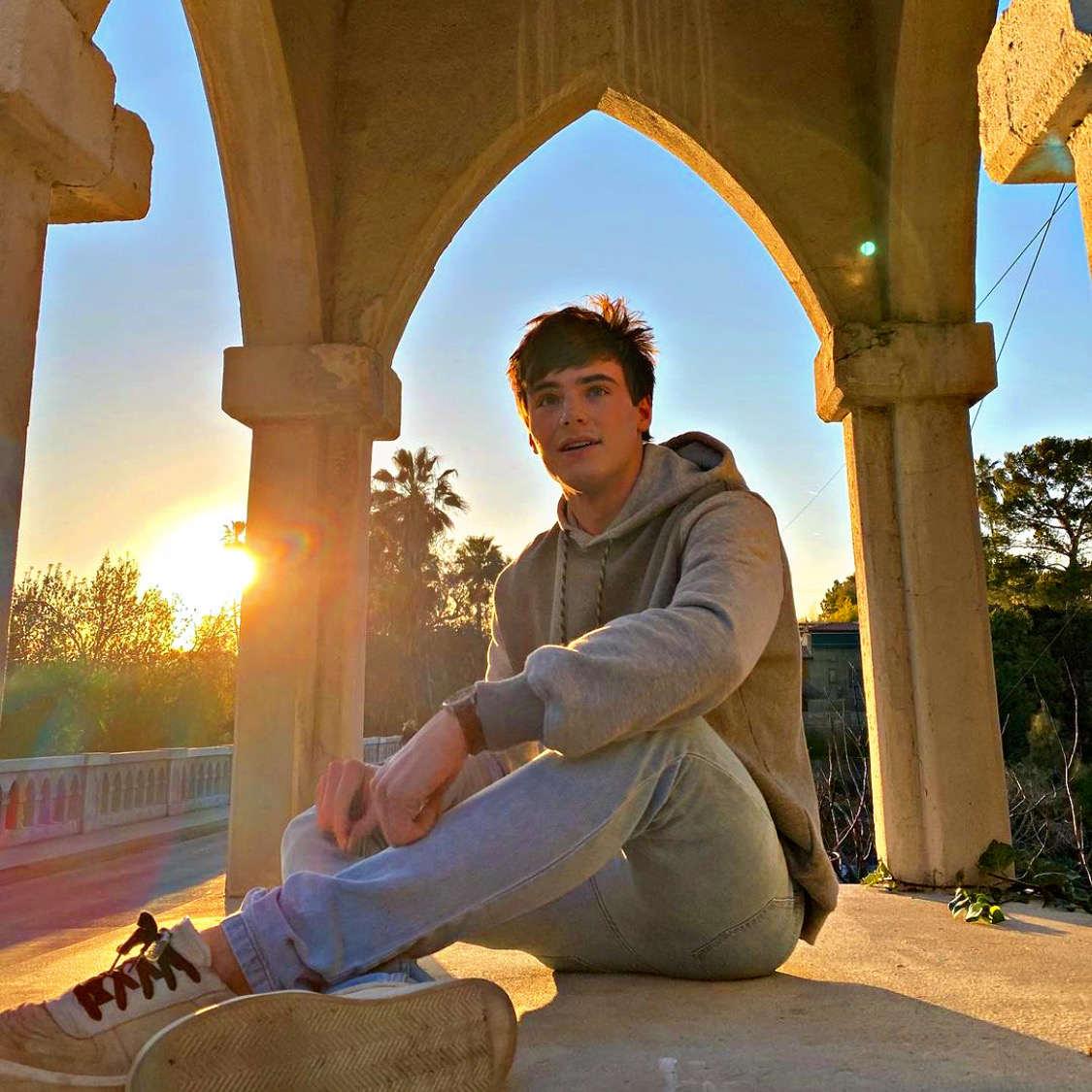 Speaking about the story the film is ready to deliver, Writer Alan Powell, who wrote the screenplay for the film, says that the team has created the film out of pure love. They have designed it to entertain the audiences while depicting a story that explores universal themes of family, friendship, and acceptance. While the ongoing pandemic has created physical distance between people and families, they found it to be a perfect time, to let the story be out in front of the audience. And they believe, there wouldn’t have been a better partner than Netflix on earth, for them to help and share this message all across the world. 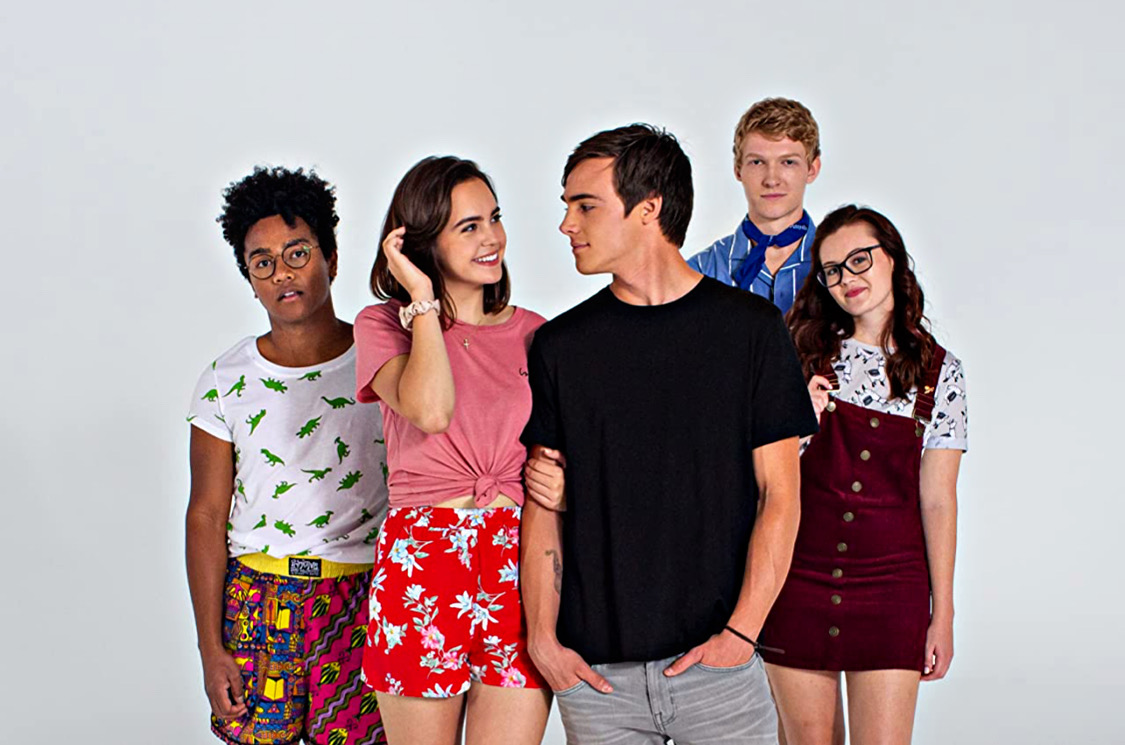 The cast of the film

As we already know, Netflix has come up with a great target of original movies that would be premiered this year. With a numerical figure being around 70, we get to see atleast one new movie coming out every week. The sheer volume of content is actually rising up and getting unbeatable. But it isn’t about quantity, but quantity. However, Netflix usually doesn’t disappoint us with the kind of content it delivers, and this seems quite promising. Looking at the trailer, we feel that the movie would be a simple and sweet tale, with no unnecessary spices being added to it. So gear up to glue yourself in front of your screens this spring, for the A Week Away is all set to arrive on your screens.

Starring Bailee Madison, Kevin Quinn, Goria Cunningham, Jahbril Cook, Kat Conner Sterling, Iain Tucker, and Sherri Shepherd, the film is ready to make its debut on the online streaming platform Netflix and will be available for viewers on 26 March 2021.