In the morning in the year 2014, Natsume got visited by his friends inside his class. They ask him to give him his ID, and they will invite him to the next mixer, and Natsume replies that he doesn’t have a cellphone, and they persuade him that he is missing out. They will be a load of girls. Natsume got fired up looking at the picture of the hot girls. Later at his home, Natsume enjoys eating Fried rice with Suuichi, who showed him a picture of Aima.

Natsume said. Just looking at her makes his head spin and his heart race too. Shuichi advises Natsume that he should avoid fear and dive into it since he is born to love. Maybe one day, something might change, and Natsume is surprised how Suuichi has changed. Natsume reveals that he went through a lot after his parents passed away. Natsume thanks Suuichi for making him accept the death of his parents and move on.

Ex-Arm Episode 2 will be released on Monday, 18 January 2021, at 1:05 AM JST. This Anime will be releasing its new episode on Monday. To get more updates on this Anime, you can officially visit Animes’ web at www.exarm-anime.com. It is also available to watch officially on Crunchyroll. Let’s find what updates have to offer for us below. 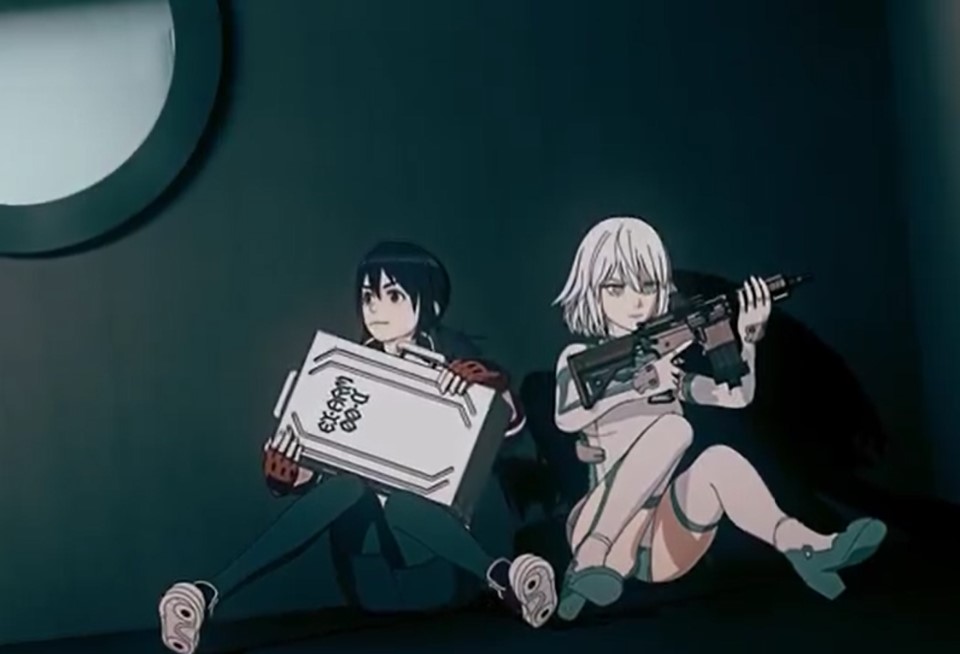 Later Natsume is being targeted by a mob who is in disguise. They are carrying his photo, saying it is him. When he gets out of the building, he spotted some punks trying to force themself on a girl. When he decided to help that girl, he got hit by a car that has men who are targeting him. He died instantly after being hit, and years have passed since that incident. In the year 2030, it has been revealed that an agent is currently engaging a group of smugglers.

The unit is asked to provide a backup Minami and Alma battle with the enemies. They are trying to protect something that Minami is carrying.  Alma single-handedly defeated thousand of enemy soldiers who noticed that they are fighting with the android. The two manage to get to the top building and report to the HQ that they have secured the trunk, and they are told to hold to it until the backup arrives.

More soldier’s enemies started to shop up in numbers, and the two finds a perfect spot of hiding. While they are hiding inside the ship, it started to set sail. Minami thinks that they are carrying some crazy weapon inside the trunk. The two opened the trunk and activated an Ex-Arm that revives Natsume’s life in a robot’s form. Natsume wake-ups and talks with Alma and Minami, who asks who he is.

He replies that he is Natsume Akira, and Alma said that this is not an A1 brain. It is the human brain. Natsume didn’t realize that he doesn’t look like a human after Minami tells him so.  He can’t believe it and ask why can’t he see himself, and Minami gives Natsume a mirror. Natsume saw that he is not a human, and Alma reveals that she is an Alma-series prototype co-developed by the MPD nad Irie Heavy Industries in 2028.

Natsume asks if it is not 2014, and Alma said they are in 2030 now. Alma said that it means Natsume spent 16 years in the coma that why he is surprised. Meanwhile, on the other side of the ship, Wanibuchi and Miyabe want to track Alma and Minami. They want to retrieve the trunk that has been stolen. While Alma and Minami call Natsume that he is Ex- Arm. Natsume said he is a human being, not a weapon, and they must call him Natsume.

Minami reveals that they are police, and they are aboard the ship of a smuggler after Natsume (Ex-Arm) and them. The Boss shows up by seeping through the wall. He said that he had found them, and they try to fight back, but non of their attacks is working. Boss reveals that he is Ex-Arm Number 008. No attack can harm him, and he is glad they manage to keep Ex -Arm No.00, referring to Natsume.

No 08 said that if they hand over No 00, he will let them go without any harm. The two refuses and decided that they will fight back. Minami said that even though Natsume is not in his true form, he is human in heart, and they will protect him. The battle started, and the two continue to run away from No 08. After a long chase, No 08 used teleportation and caught up with the two.

Minami decided to stay back and hold No 08  while Alma escapes with No 00 Natsume. No 08 manages to put  Minami to sleep, and Natsume said they have to go back and help Minami. Alma connects Natsume with the ship so that he will control it, and he did. After a long battle, they manage to rescue Minami, and another powerful man appears after they have defeated No 08. Those men said that Natsume is an enemy of humankind. They took Alma down, thinking that she is Natsume.

With all of those updates so far, that what we have to offer this week. When the new episode hits on Monday, we will be hitting back with more news and updates.

Is Vicky Gill Pregnant? All We Know About The Costume Designer

Is Vicky Gill pregnant? These days the news of the pregnancy of actresses and models keeps coming. If a female...