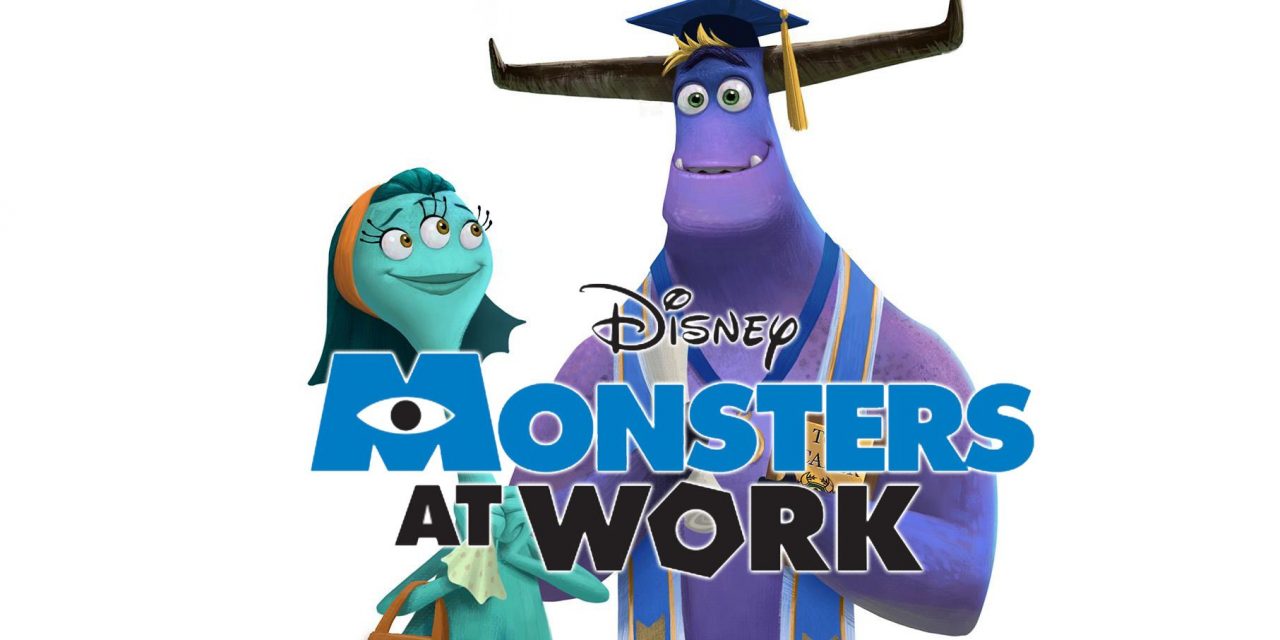 One of the most popular Pixar movies, Monsters Inc., will be getting a spin-off series streaming on Disney+ in 2021. Monsters Inc. was released in 2001, and the movie’s prequel Monsters University was released in 2013. Monsters at Work will be a sequel to the 2001 movie Monsters Inc. The series will tell the story about the work-life of James P. Sullivan and Michael Wazowski, as well as the center character Tylor Tuskmon. Monsters at Work is a collaborative effort of Disney and Pixar, and its creator is Pete Hans Docter. Pete Docter is the creator of Monsters Inc. as well. He is mostly popular for his award-winning movies like “Up” and “Inside Out.” The movies won Oscars for “Best Animated Feature.”

Disney announced in November 2017 that a spin-off series of Monsters Inc. is in development, and they are planning for the series to stream in Disney+. During the D23 Expo (The Ultimate Disney Fan Experience) between 10-13 September 2019, Disney announced that Walt Disney Animation Studios would be working on Monsters at Work and Pixar. Disney Television Animation will produce the show, and ICON Creative Studio will provide the series’s animation. In February 2020, Stephen J. Anderson revealed that he would be one of the series’s directors. Also, he said that the recording already began at that time. To jog your memory, we will first discuss the plot of the 2001 movie Monsters Inc., and then we will discuss the plot, cast, and release date of Monsters at Work.

The plot of Monsters Inc.: 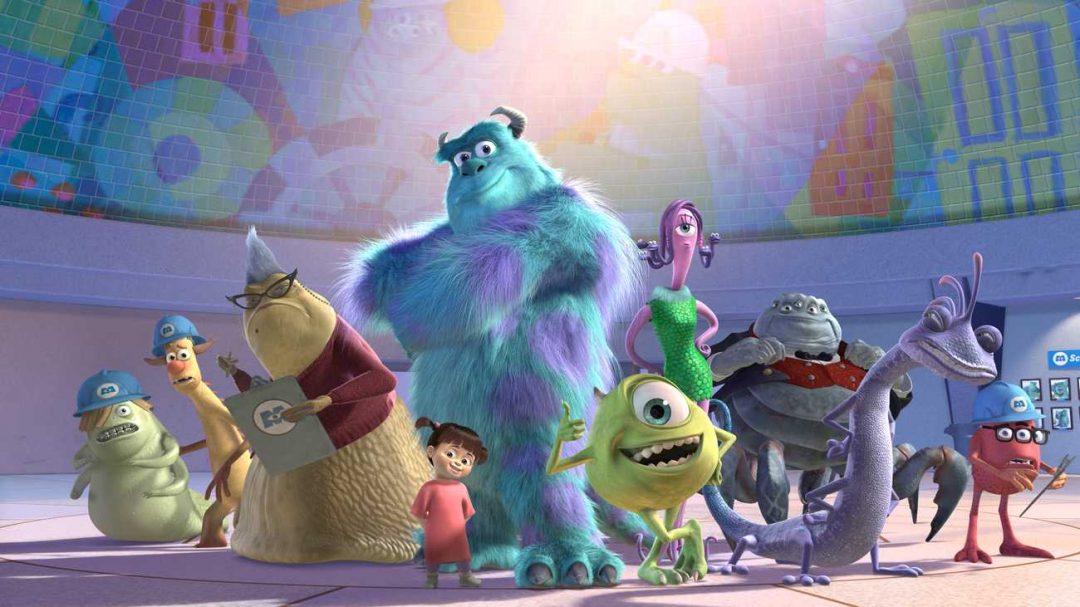 The factory also has a simulator room where scarers practice their scare skills. In the world of monsters, the occupation of “scarers” is the most honorable one, and they are the ones who venture into the human world. A scarer’s job is considered the riskiest one, but everyone still desires to become one for the fame and glory that comes with it. Scarers gain access to the children’s bedrooms’ closet doors and collect the energy released from their screams by scaring them.

Monsters Inc. is a utility company that employs scarers who can extract energy by scaring human children. The company is responsible for supplying energy to the entire Monstropolis. James P. Sullivan, also called Sully, is the company’s best scarer, and he collects more scare energy than any of the scarers. Sully works with his assistant Michael Wazowski, also called Mike. Randall Boggs is Sully’s biggest rival, and he is always in second place in the company. Also, the company’s CEO Henry J. Waternoose III, is Sully’s rival. Monstropolis faces an energy crisis because children nowadays are much harder to scare than before. With that advancement in the human world, children are getting smarter and don’t get easily scared. 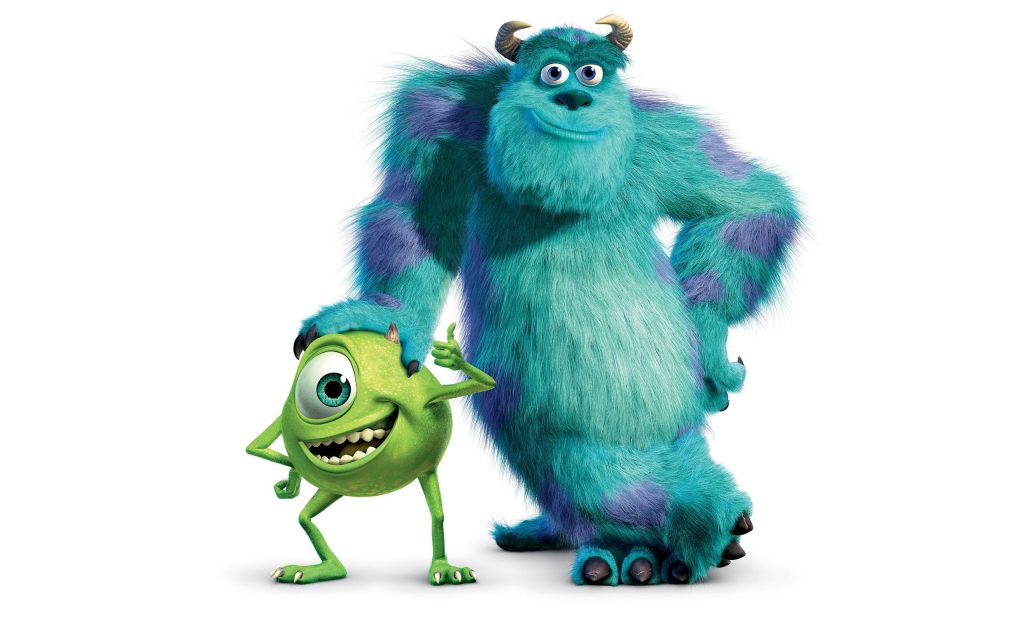 One day, an incident happened when a two-year-old girl followed Sully back to the Monster World when he wasn’t looking. Sully went to scare the girl, but he returned when he didn’t see her in the room, not knowing that the girl was hiding there. Sully tries to get her back to her room, but Randall deactivates the room, making it impossible for the girl to go back. The girl now gets stuck in the monster world. She isn’t afraid of Sully but calls him Kitty and likes to play with him.

Monsters believe that human children are toxic, and they are even afraid of touching them. Sully and Mike try their best to get the girl back to her home without letting anyone know about it.  Sully grows fond of the girl and names her “Boo.” He wants to protect her from the monsters and get her home safely. However, a series of chaotic events risked Sully and Mike’s jobs, as well as the girl’s safety. The company’s CEO wishes to kidnap Boo to save the company but gets arrested.

Things worked out in the end when they manage to get Boo back to her home safely. However, her closet door in the room gets destroyed, preventing anyone from revisiting Boo. The movie concludes with Sully becoming the CEO of Monsters Inc. The energy crisis ends with Sully’s new plan to use children’s laughter for collecting energy, instead of their screams.

You can stream the movie on the official website of Disney+.

The Plot of Monsters at Work: 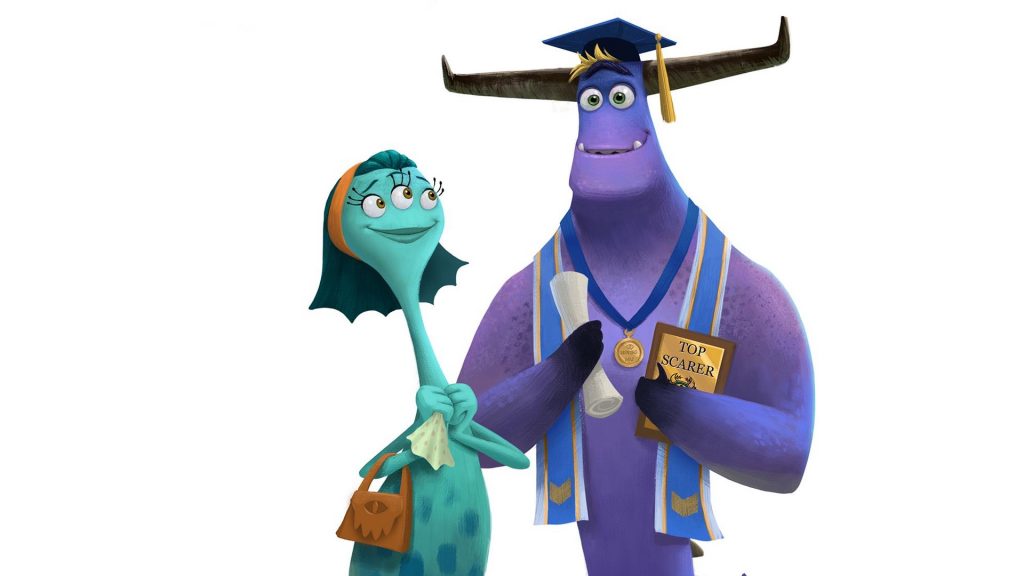 The series takes place six months after Monsters Inc. Instead of collecting energy from the scares of human children; the city now collects them by the sound of children’s laughter. The series follows the story of Tylor Tuskmon. He dreams of working on the “laugh floors” with his idols Mike and Sully. Tylor is a recent scare graduate from Monsters University, but he works as a mechanic in the Facilities Team in Monsters Inc.

James P. Sullivan is now the CEO of Monsters Inc. After the revelation in the movie that children’s laughter carries much more energy than their screams, Monsters Inc. took a drastic change in how they operate things. Now, instead of “scare floors,” the company has “laugh floors.” Also, instead of “scarers,” the company now has “jokester.” The power plant at the center of Monstropolis is now harvesting more energy than ever. Apart from Tylor Tuskmon, Monsters at Work will also include several new characters. However, we will still get to see our favorite duo Sully and Mike.

There is no official announcement of Monsters at Work as of yet. However, the series will most likely premiere on Disney+ by summer 2021. The show’s director Stephen Anderson confirmed recently that the series would have 10 episodes. There are high chances that the series will have multiple seasons. However, it’s only a speculation based on the story, characters, and the number of episodes.

Monsters at Work Cast and Characters:

The series will include new characters, as well as characters from Monsters Inc. Here are some of the characters that we will get to see in Monsters at Work:

Michael Wazowski, Mike (Billy Crystal): He is Sully’s partner and the main protagonist of Monsters Inc. In addition to being Sully’s partner, Mike is also his best friend since university.

Tylor Tuskmon (Ben Feldman): He is the main protagonist of the series and a mechanic in Monsters Inc.

Yeti (John Ratzenberger): He is a monster who worked in Monsters Inc. Yeti’s mailroom yeti was previously exiled to the Himalayas in the human world.

Roz (Bob Peterson): She is the Child Detection Agency (CDA) and is a supporting character of Monsters Inc. Roz was an undercover secretary in the movie.

Celia Mae (Jennifer Tilly): She is the Monsters Inc. and Mike’s girlfriend’s receptionist. Celia is a major character in Monsters Inc.

Duncan (Lucas Neff): He is a plumber in the company.

Smitty and Needleman (Stephen Stanton): They are the two workers in the company and are responsible for operating the door shredder. Dan Gerson was their voice actor in the movie.