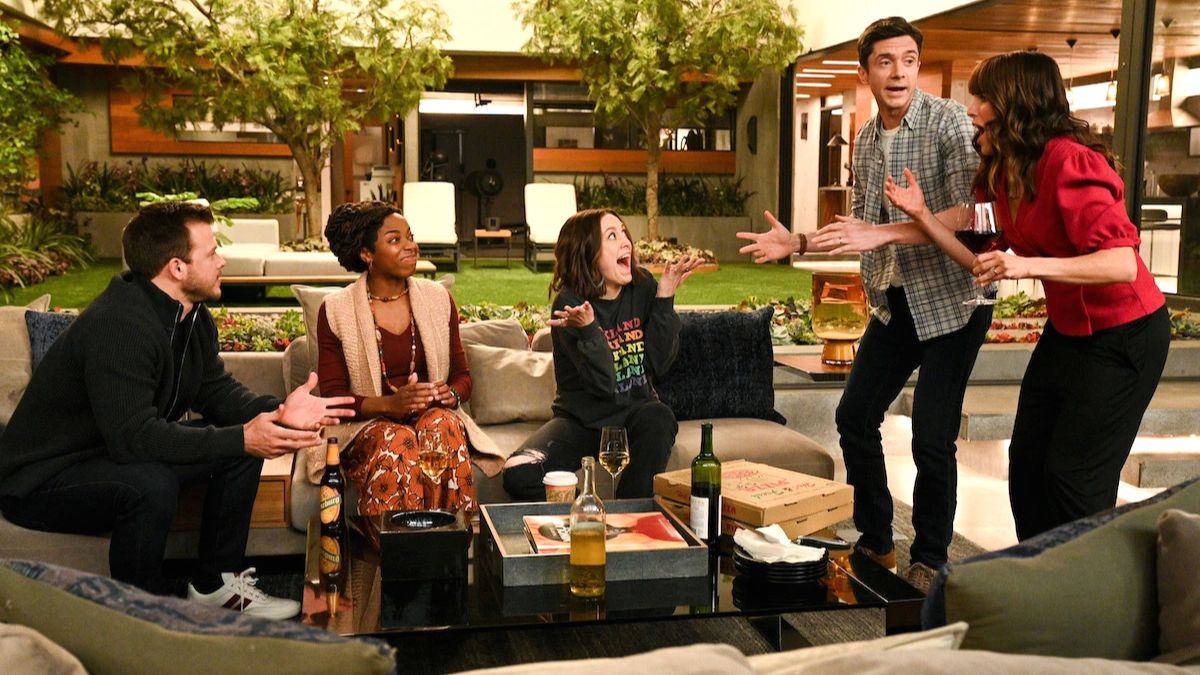 Home Economics Season 3 Episode 8 release date is quite soon. This is a sitcom television show. Michael Colton created the series along with John Aboud. Throughout the show, we see the lives of three siblings and their respective families. They are paired together for the episodes and deal with their daily struggles with laughter and love. Each of the families has a different financial status and love life but what makes them unique is how greatly they come off along with each other and deal with the issues.

Back in Home Economics Season 3 Episode 7, we see the siblings’ drama going to the very next level. Meanwhile, we see that Denise is having issues related to rent-controlled housing. Such kinds of problems are faced by a lot of people who live in this housing structure, and thus Marina is helping her with the same. The funniest bits of the series came when an Intervention was planned in the family. It was actually for Harmony, but Harmony herself was not present at the scene.

Now, despite the fact that she was not present at the location, her presence was much duly felt among the characters, even the audience. It left us feeling all warm and cozy and thus, made a perfectly safe space for everyone. It also paved the way to process the family development that the Hayworth family is going through right now. Every bit of the issue was taken care of with utmost tact and while the writers were at it, they also induced some downright comedy responses within the same. A still from Home Economics Season 3

Tom knew what he wanted to say at this event a lot of the time before. Even Sarah was prepared and wanted to cast her supervision over the event from her profession. But in the end, the amazing family they are, the two started bickering about whose method is better than the other. Later, we saw that Connor is in denial and there is nothing they can do about it.

The main plot of the series was given out by the creators quite well, and they did an amazing job at it. Even the subplot was delivered beautifully to throw light on the issues of the people who live in rent control as well as the low-income housing with a lot of issues that are yet not fixed. This was when Marina came in, being the amazing lawyer she is. And then later was also using her kindness to get the best deal that would suit the family against the landlord, who is quite evil, to begin with.

With this problem solved, we saw a social problem highlighted in a medium that gave voice to a lot of such viewers who might be in the same condition. It also fits well with the concept of the series and, thus, was an amazing watch truly. Well, the sibling story was kind of going off-topic in the middle. But we can expect nothing more from the Hayworths than this drama, and it was worth it all.

Home Economics Season 3 Episode 8 release date is on the 16th of November 2022. The episode is titled Wheel of Vegan Brie, $24. It will drop out on ABC at 9:30 PM Eastern Time. New episodes are released every week on Wednesdays.

Home Economics Season 3 Episode 8 can be watched easily when the episode airs on ABC at the designated date and time slot that we have provided above. Later, the episodes can also be streamed from the official website of the channel. Users will need to have valid cable login credentials for the same. Other live streaming options such as Fubo TV or DirecTV are also valid and will be available to users with ease.