For those who are really excited for the season 2 of Netflix’s new animated series Trailer Park Boys, I would like to give a piece of good news to all of them that this is the perfect place for you to yield some more excitement for the forthcoming season of the Netflix animated series. Also, we have another good news for all our readers that we have gathered all the maximum possible details regarding the release date, expected cast and trailer of the season 2 of Trailer Park Boys – The Animated Series which was available for all the Netflix fans who are eagerly waiting for the new season of the animated series.

Now, your wait is over for the new season, and before starting, I would like to tell our audience that this post might contain spoilers from Trailer Park Boys – The Animated Series Season 1. Also, for those who haven’t watch season 1 of the web series, I will definitely advise you to watch season 1 as it can become a part of your favorite web series in this quarantine period.

Trailer Park Boys is based on the fictional misadventures of Sunnyvale Trailer Park residents Ricky, Julian, and Bubbles, who are trying really hard to make a hefty amount of money by performing some minor crimes while saving them from the interference of the police. From beginning to end in the series, Ricky and Julian are seen getting in and out of jail, with most of their plans converting into failure and like this complete season goes on. They are always seen creating problems for themselves only throughout the series. 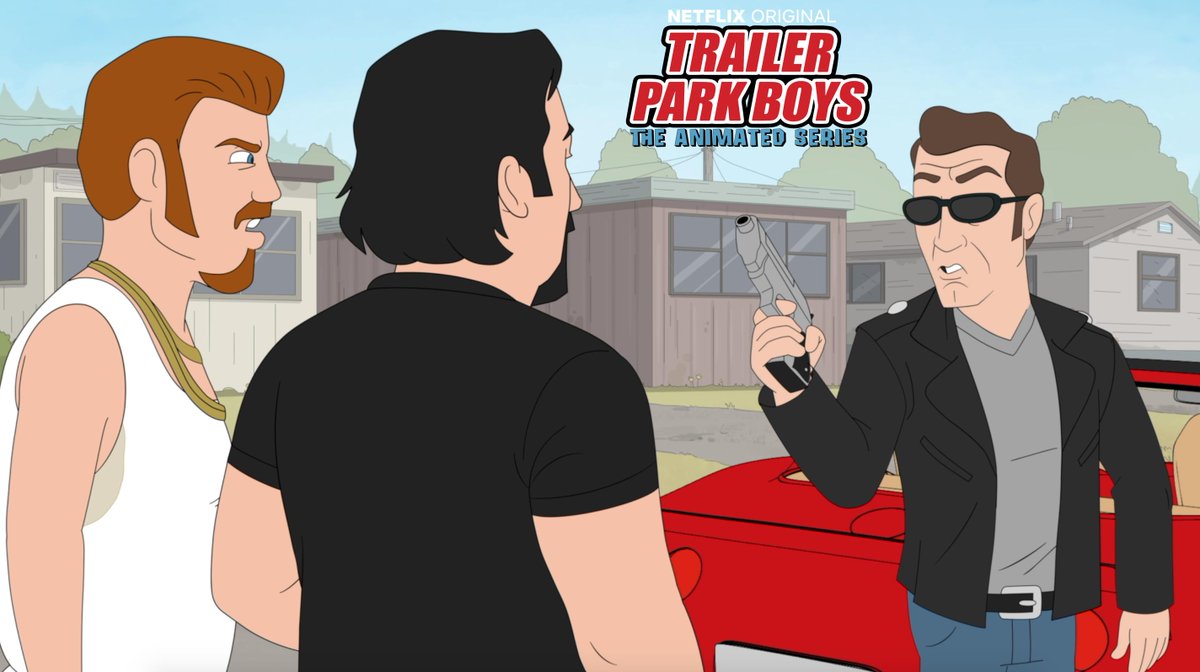 The season 1 of the Trailer Park Boys – The Animated Series was released on March 31, 2019, on Netflix only as of the continuation of its original series, which was very much appreciated by the series and also because of the cartoonish characters of the original characters.

The season 1 of the animated series Trailer Park Boys was released with a total of 10 episodes with each episode of approx 25 mins in length and full of comedy and crime, and all were dropped on the same day so that the audience does not have to wait for long for the complete story. The music of the series was composed by Blain Morris and Marc Mysterio. So now, I would like to share all the details which we have about season 2 of the animated series Trailer Park Boys. Here’s everything we know;

Trailer Park Boys – The Animated Series Season 2: When and Where Will It Release?

The new season of the animated series will release on May 22, 2020, on Netflix as its Original. The creators of the show are expecting to grab more audience in the season 2 as they said in a recent interview that they have increased the level of comedy in the series and has decreased the crime to a little.

Season 1 of the show was released on March 31, 2019, on Netflix only, and it gathered millions of viewers throughout the globe. One of the main reasons for the success of the new animated series is the original Trailer Park Boys series as it had already maintained a happy place in the minds of the audience because of the bold storyline and also because of the strong star cast. 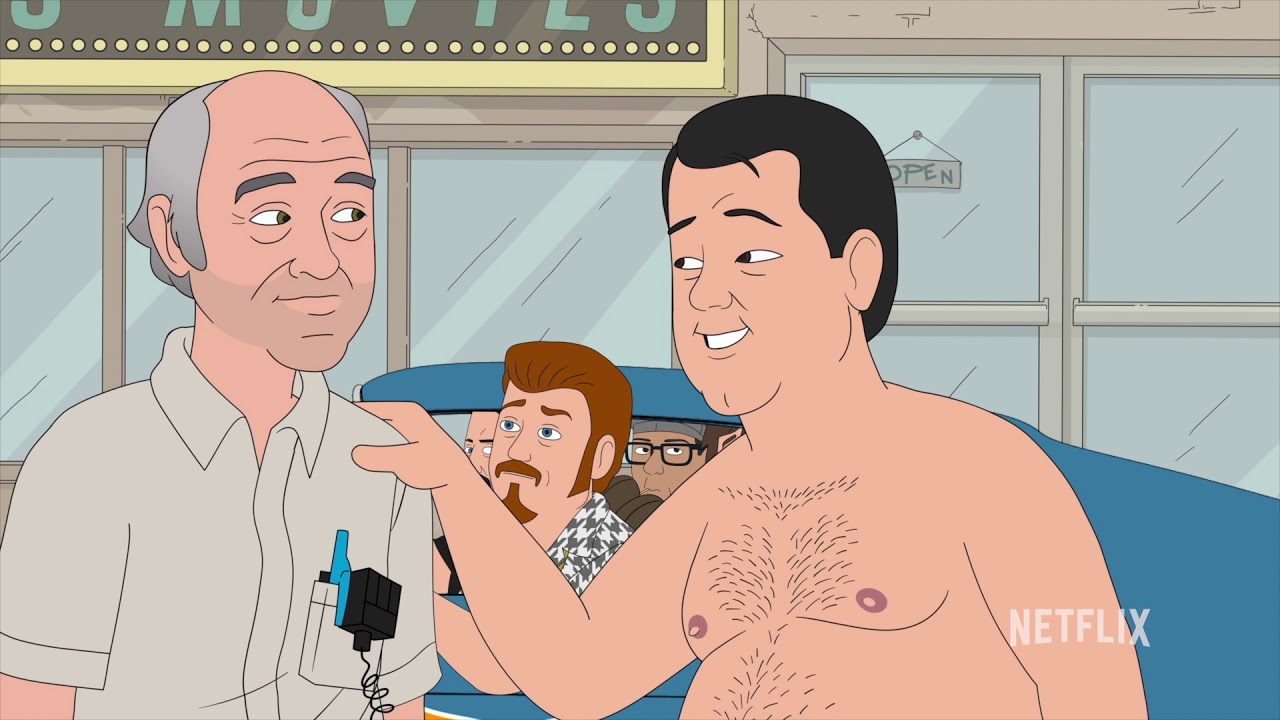 Netflix has officially announced the cartoon characters who will be seen in the new season of the animated series are;

There is sad news that one of the lead actor John Dunsworth, who played Jim Lahey in the series, passed away during the shooting of the original show’s twelfth season in 2017. His Character is introduced again in season 2, but the voice of the cartoon character will be given by any other artist. It is expected that the lime-light of the show will be stolen by two lead actors as they have a huge fan following throughout the globe.

The first one is John Paul Tremblay, the Canadian actor, and script-writer who is very famous because of his previous works which include A Hole in One(2004), One Last Shot(1998), Archer(2012) and his very famous The Drunk and On Drugs Happy Funtime Hour(2011). Also, the famous Canadian actor and comedian Robb Wells who made his recognition in the industry with One Last Shot(1998), Dear Santa Claus, Go Fuck Yourself(2004), Hobo With a Shotgun(2011), Live in Fuckin Dublin(2014) and Drunk, High and Unemployed (Live in Austin)(2015). 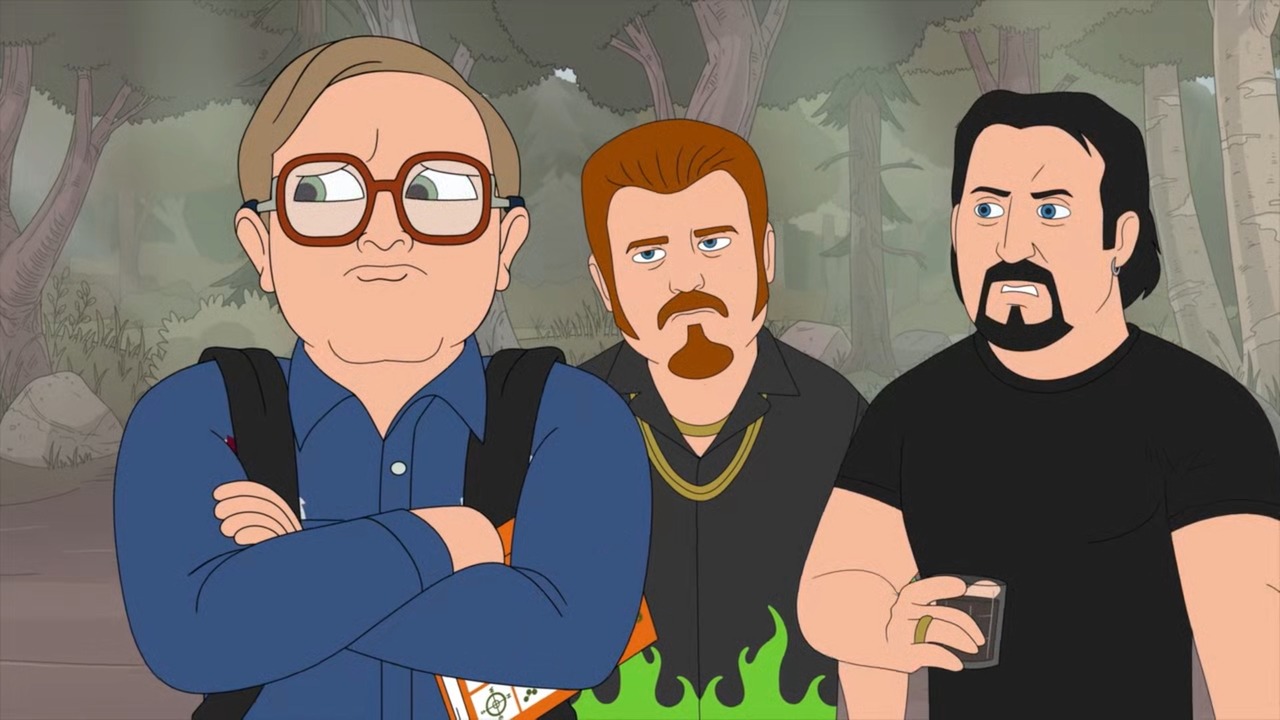 No trailer of season 2 of the animated series has been released, but you can still enjoy the trailer and episodes of season 1 here.

In December 2019 Netflix officially announced that Mike Smith, John Paul Tremblay and Robb Wells joined the team of Trailer Park Boys- The animated series season 2 as the producers. Sunnyvale Productions and Swearnet Pictures is the production house which joined in both season 1 and 2. The distribution rights of the series were again owned by Netflix. The music of the series was composed by Blain Morris and Marc Mysterio in season 1, and the same is expected in season 2, but it is not officially announced.

For the upcoming updates regarding season 2 of Trailer Park Boys: The Animated Series, stay tuned to Otakukart.