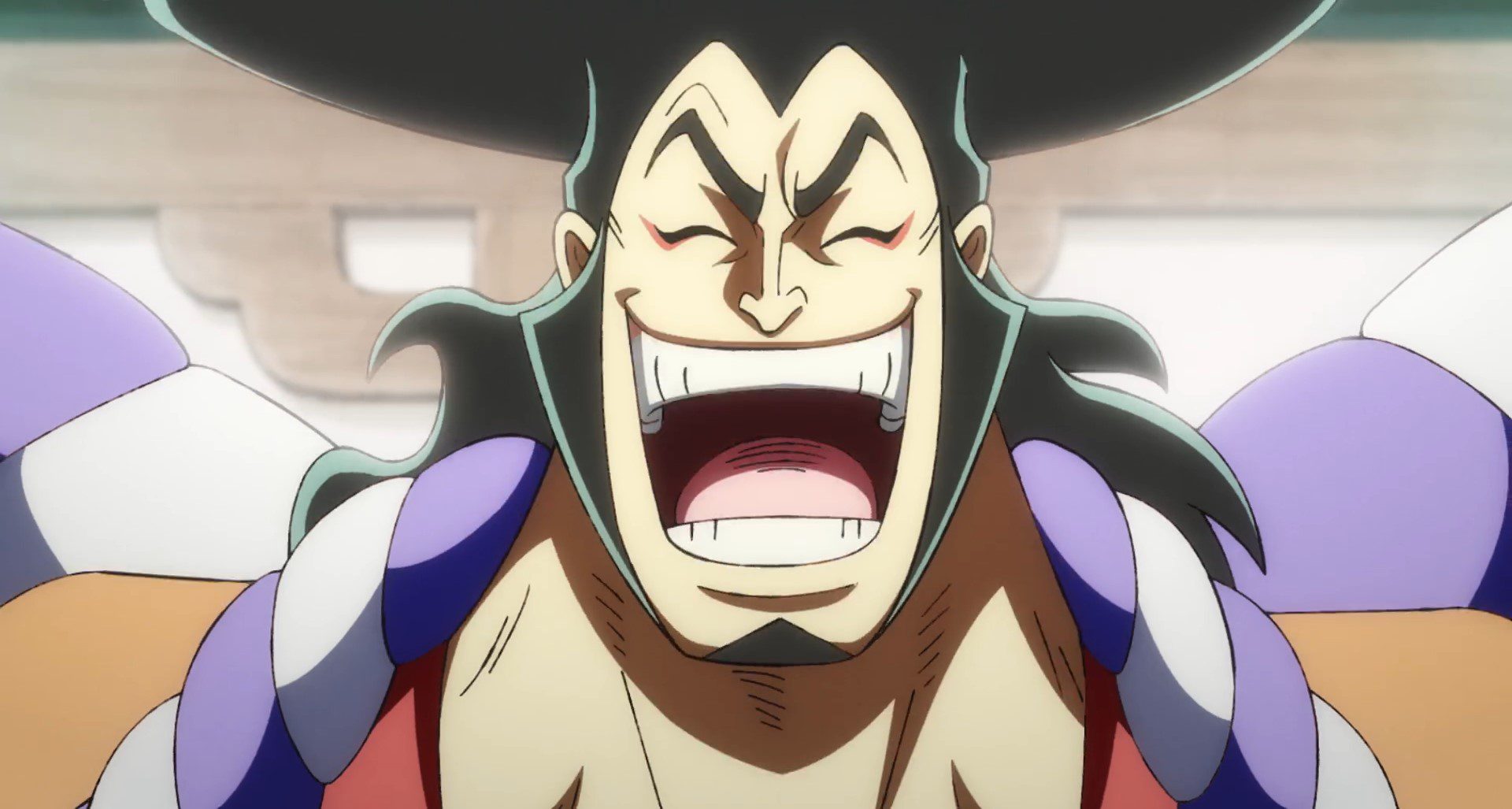 One Piece Episode 1024 is set to release soon because, unlike the last episode, the new episode won’t be on a break. Anime-only fans are excited for One Piece Episode 1024 because it seems like one of the strongest characters from the One Piece universe, and the most beloved character from the Wano arc, Kozuki Oden has come back. But is he really back or it is some strategy of the enemies? The number of troops in the alliance is around five thousand only whereas it is more than thirty thousand on the opposite side.

Having Oden in the could not only add an ally with strong powers but a figure that could lift the morals of our samurais and pirates fighting for freedom even more. However, the question again rises, was that really Kozuki Oden in front of the wounded Akazaya members? Well, until One Piece Episode 1024 is released all we can do is wait and discuss the events that may take place in One Piece Episode 1024. So, let’s do that in this post. However, before that, let’s a quick recap from One Piece Episode 1023.

At first, we saw Chopper getting over the virus that Queen had infected him. And they prepare to give everyone on the live floor. Meanwhile, Marco and Queen continue their fight. The beast pirates that are also infected with the virus ask Queen why he infected them also. Queen tells that this is the only way they will be useful in the battle. As Yattape was ready to behead Boss Hyogoro, Chopper comes in and feeds him the vaccine saving his life. And for the thousands infected on the live floor, they use a mist bomb to give the vaccine to everyone. Everyone is saved from the virus and thanks Chopper for calling him a “Raccoon”. 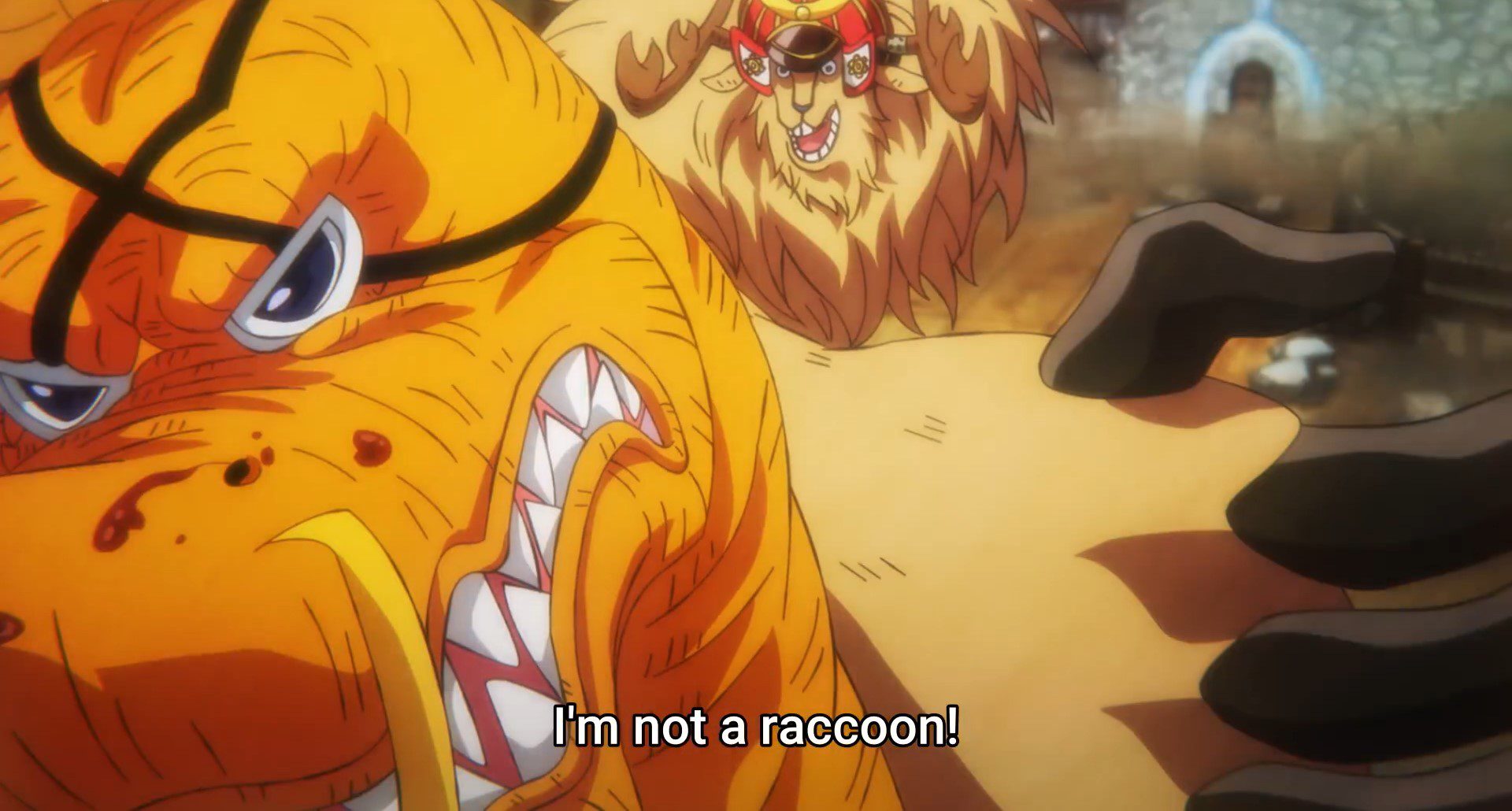 Chopper uses a rumble ball and transforms into his monster form and punches Queen and tells them that don’t call him a Racoon. Meanwhile, the fight on the roof continues between the emperors and the worst generations pirates. Whereas, Akazayza members wake up and find Oden in front of them.

What to Expect From One Piece Episode 1024?

Things are finally looking good for our alliance and their raid on Ongashima. And we can expect this to continue in One Piece Episode 1024 as well. The Anime-only fans are stunned after watching Kozuki Oden in the latest episode of One Piece. After watching him they are constantly thinking if that is really Kozuki Oden? Well, we can’t say for sure if he is or not, however, we can discuss that. One Piece Episode 1024 is titled “Oden Appears! The Confused Hearts of the Akazaya Members!” And from the title and the preview we can’t say much, however, if we retrospect on Oden’s event, then we can say that the new Oden may be a fake.

We were pretty that Oden died after tolerating boiling for over an hour. On top of that, we even saw Oden getting shot. Even if he did survive the tragedy, there could have been no way that Oden looks the same now as he did 20 years ago. We can expect the new Oden to be fake and it may be none other than the traitor in the Akazaya Kanjuro Kozumi. He might be here cosplaying as Kozuki Oden and he is intending to kill the rest of the Akazaya Samurai because these pirates are one of the important core of the alliance and the raid on Onigashima. 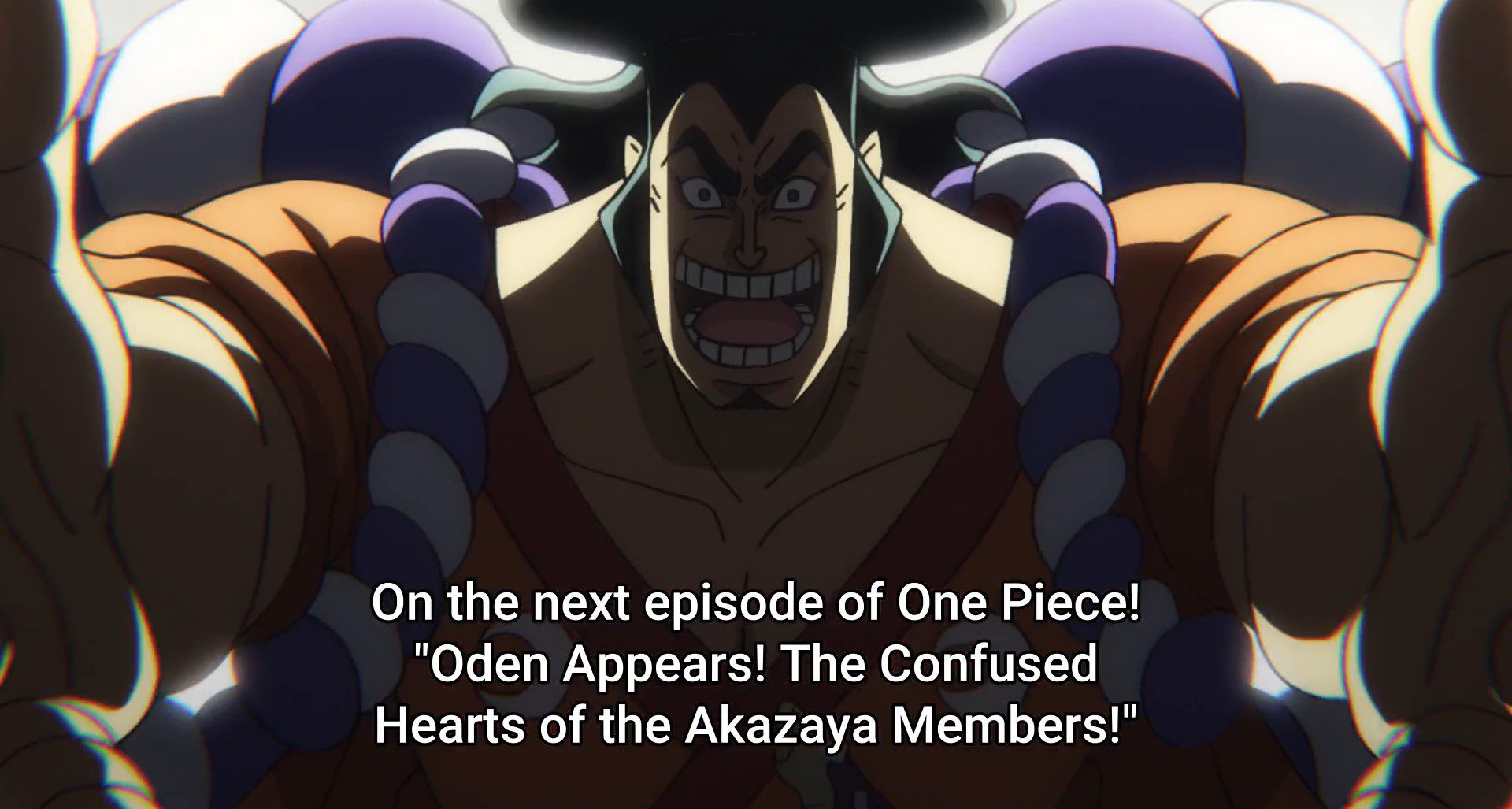