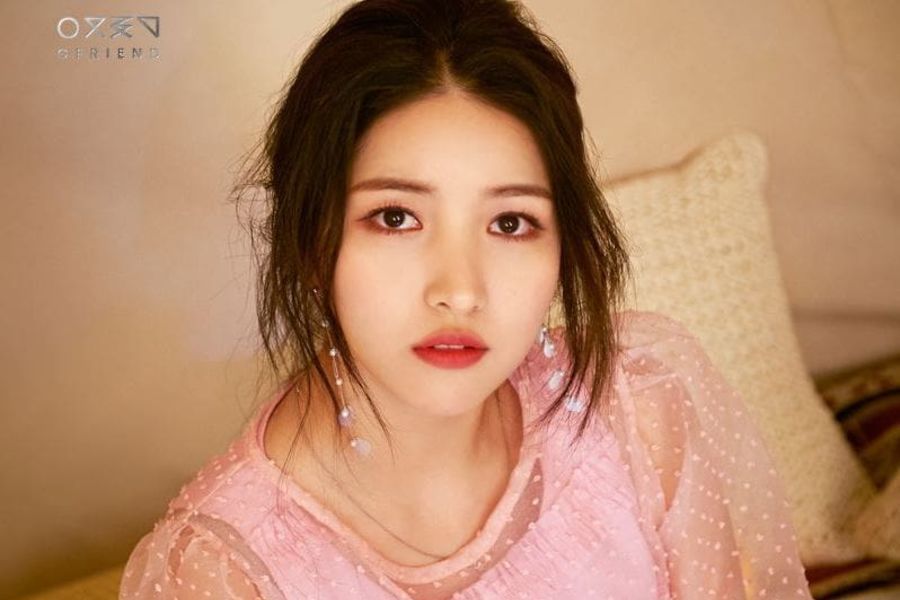 Source Music has now released a statement apologising for the photos, stating that the cafe was chosen as the filming location without doing appropriate research about the attires the mannequins were wearing. It also stated that Sowon felt deeply responsible for posting the photo, but there was no apology released from her side.

Sowon from GFriend is under hot water by K-pop fans as she posted controversial photos of herself posing flirtingly with a male mannequin donning what clearly appears to be a full-fledged Nazi soldier uniform.

The pictures were posted on her Instagram by Sowon on January 30, 2021, in which she can be seen posing playfully with the statue for the camera. The uniform that the mannequin is sporting is the same one worn by Nazi soldiers of the German Reich in World War II. The uniform on the mannequin is complete with patches on the collar and jacket, along with the uniform’s cap featuring the infamous Swastika insignia that was adopted by the Nazis.

Sowon shortly deleted the pictures after posting, but some fans were quick to save them, and soon they were all over the internet.

A Twitter user by the handle name of a jewish person posted the following tweet, bringing the entire issue to light. It read, “I’m disappointed in s0won, but I’m glad she deleted.. she needs to apologize for tho.. nazis are not friends or someone you can hug or look so lovingly at; they are killers; they killed 6 million Jews out of the 1.5 million Jewish children /srs.”

tw// nazism, nazi
–
–
–
i'm disappointed of s0won but i'm glad she deleted.. she needs to apologize tho.. nazis are not friends or someone you can hug or look so lovingly at, they are killers, they killed 6 million jews out of them 1.5 million jewish children /srs pic.twitter.com/9GmWT8I60W

The picture went viral on Stan Twitter, and soon everyone within the fandom was aware of what happened. The terms “sowon” and “Gfriend” trended on Twitter and continue to be on the list of trends at this writing time.

Initially, it was assumed that the pictures were taken in a museum or a similar location that housed such props regarding history. However, some fans noticed that the location appears on GFriend’s behind-the-scenes video of their VCR shoot as part of the comeback show for their Walpurgis Night album. Fans blamed the group’s production company Source Music, for even using such props in the first place for the VCR shoot.

Since then, it has come to light that the photos were apparently taken in a cafe called Cafe Zino in Korea, which has a Nazi Germani-ish theme. The popular K-drama Goblin was also filmed at this establishment.

A fan posted on Twitter about the cafe, saying that they visited the place and saw many such statues with Nazi uniforms on. They also posted a picture from Instagram of the cafe’s interior, and it appears to be the same location in Sowon’s now-deleted pictures.

ok so the place where gfriend went to shoot that segment for their showcase was a cafe called Cafe Zino in korea. Its famous for being a place where the kdrama Goblin was filmed. I went to look into the location and the statues of the german soldiers were already present… pic.twitter.com/h4T3sCi2H4

Even after the location’s revelation, many fans said that it didn’t matter where the photos were taken.

K-pop fans lambasted the 25-year-old, who is the leader of GFriend, for posting the photos to her 800,000 followers on Instagram, and fans have expressed their disappointment in her actions.

While some fans want the idol to straight-up to apologize for even posing with the statues in the first place, a few believe that Sowon likely did not know the meaning of the uniform or the history behind the Nazi regime. Maybe to her, it was just a quick photoshoot with a uniformed mannequin. Therefore, some fans put forth the argument that it is likely that Sowon genuinely did not know the controversy she would cause by posting these pictures, and it was not her intention to hurt anyone.

However, many aren’t buying this argument. It is known to die-hard Buddies (fans of GFriend) that Sowon attends Sungshin Women’s University in Korea, requiring passing an entrance exam. Such exams usually include a social studies section with world history as its focus. It’s also unlikely that a person who has had an education knows nothing about the Nazi regime and its ideologies. It has also surfaced that Sowon deleted the photos simply because she thought her fans would get jealous of her posing playfully with the mannequin of a man… and not because it was with a mannequin of a Nazi soldier.

To add more insult to injury, fans brought up screenshots of a live stream GFriend did back in 2016, where member SinB says that she has saved Sowon’s contact name as “Kitler” in the phone. Here, “Kitler” is the nickname given to Sowon by SinB, the combination of Sowon’s surname Kim and Nazi dictator Adolf Hitler. In general, the group and fandom are now receiving flak that the fans have been making such jokes inside the fandom for years.

so from what i heard gfriend had a nazi soldier on their set then sowon decided to pose and take pics with it and only deleted it because 'the fans would be jealous' then sinb saved sowon on her phone as 'kitler' which is a mix of kim sojung and hitler, i honestly have no words. pic.twitter.com/vS9pOyYERX

So far, Source Music has released no statement on the issue whatsoever except saying that they are “checking the situation,” which means we should expect a formal acknowledgment and possibly an apology statement from Sowon herself soon. 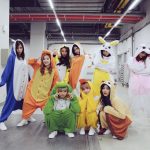 Rayan is a Girl group enthusiast and a huge K-drama fan. Deep into Korean Geek Culture, Rayan promises to give all updates from the Korean Entertainment world. You can reach out to her at Rayan@otakukart.com