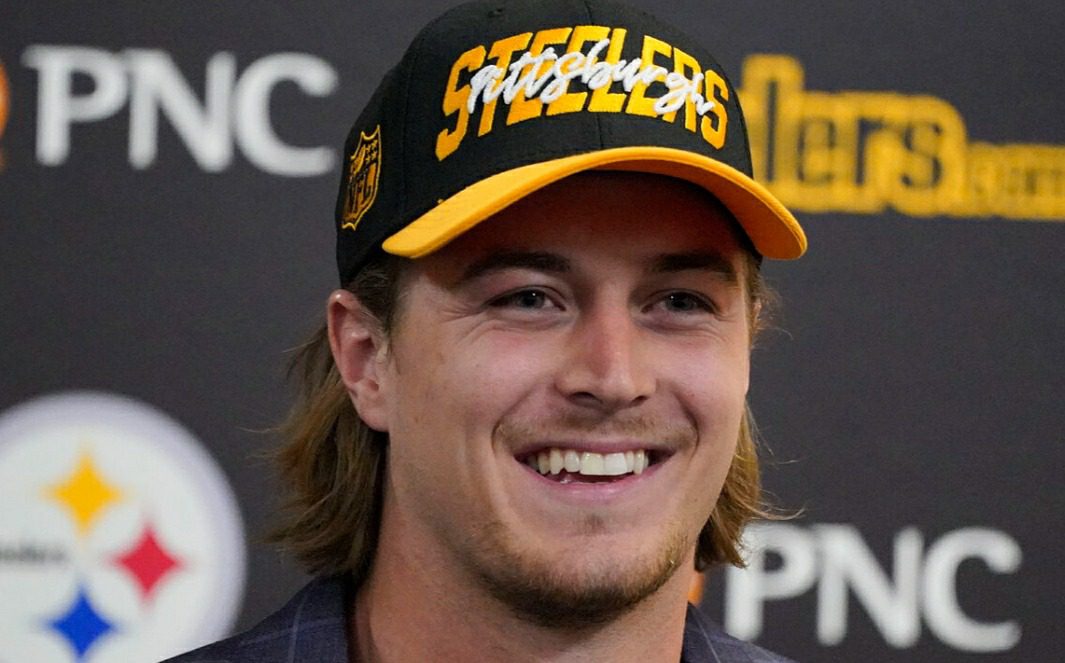 Want to know who Kenny Pickett’s Girlfriend is? These days, NFL player is making headlines due to their match, precisely the Pittsburgh Steelers against the Bengals. But, this time, the question is- whether Kenny Pickett is romantically linked with anyone, at present.

Starting from the basics, Kenneth Shane Pickett is currently playing for the Pittsburgh Steelers, as mentioned already. Talking about his position, he plays as the football quarterback.

Born on 6 June 1998, Kenny Pickett is now just 24 years old. The player hails from Ocean Township, New Jersey, United States. This year, he won the title of ACC Male Athlete of the Year. Following his passion, Kenny even played the sport at the University of Pittsburgh. Because of his amazing performance, he made it to the Johnny Unitas Golden Arm Award. Last year, Kenny also made it to the ACC Offensive Player of the Year, and First-team All-American. It seems like it has been a great start for Kenny Pickett.

Coming back to Kenny Pickett’s personal life, the NFL player appears to be madly in love. Yes, he has someone very special in his heart and is very much open about it. Who is that lucky girl? If you are looking for Kenny Pickett’s Girlfriend, here is what we know.

Meet Kenny Pickett’s Girlfriend: Who Is She?

Talking about his love interest, Kenny Pickett’s Girlfriend is Amy Paternoster. Is she someone from the sports profession? Yes! In case you are wondering what she does, Amy Paternoster is a soccer player, serving as the forward for Princeton. Last year, she made it to the achieving the Academic All-Ivy in 2021. She hails from Wall, New Jersey.

Kenny Pickett’s Girlfriend, Amy is pursuing her major in Economics. Meanwhile, she served as an analyst with the investment bank Goldman Sachs. She holds a soccer coaching F-level license. 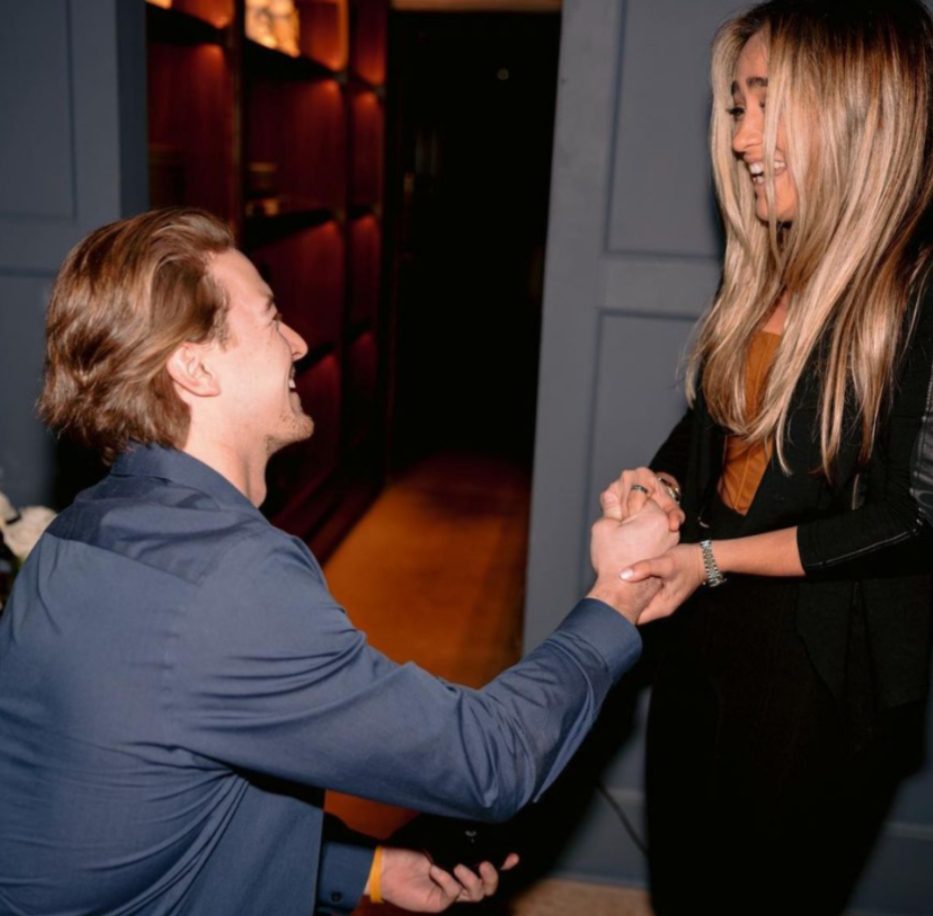 Kenny Pickett proposed to the love of his life, Amy Paternoster in January 2022. In the initial days, they kept their relationship private. However, they publicized it in April 2021. Yes, they are engaged. It’s not known how did Kenny meet Amy. But, they appear like a powerful couple.

Amy shared the happening news of her life, with a picture that highlights her beau, Kenny kneeling on his knees and asking her for marriage. She added a caption, “When I think of my life, I think of you – because I will never be able to go a day without you.” Amy added saying that she couldn’t put into words the love she has for him but promised to show him every day for the best of her life. 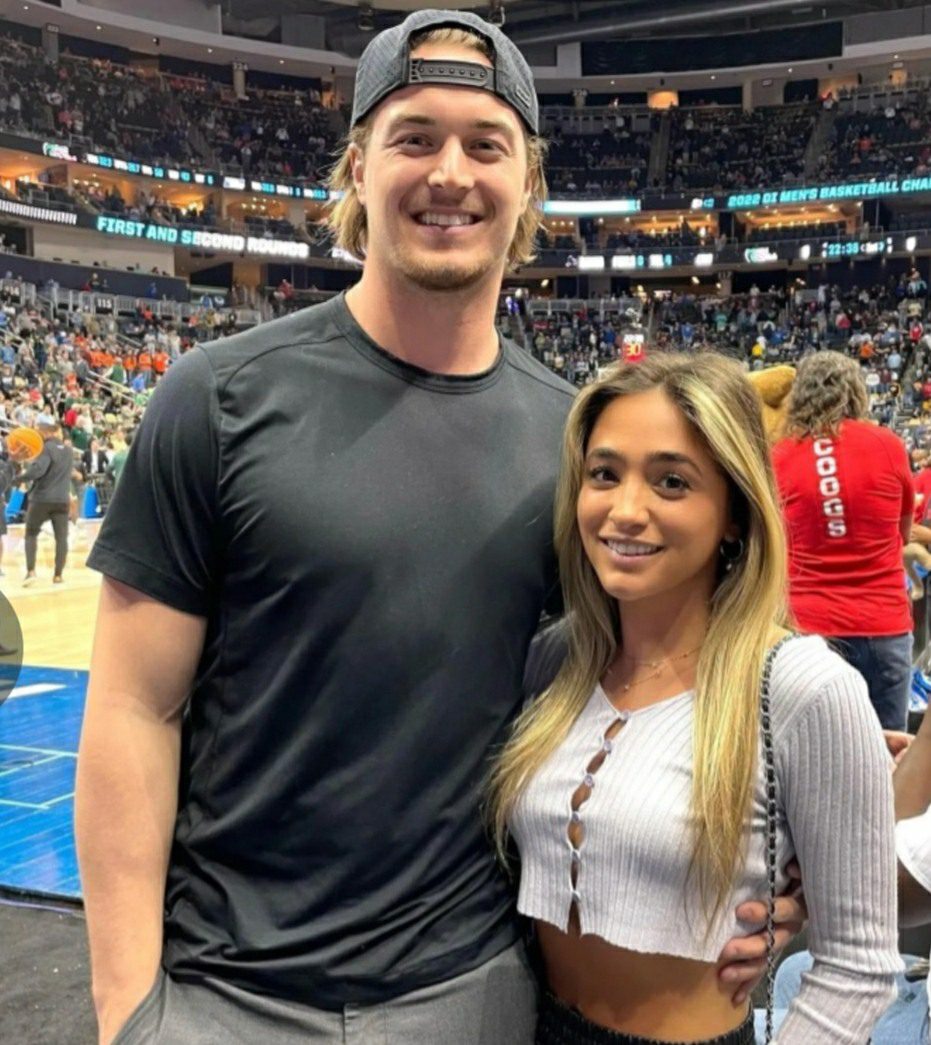 In response to that, the NFL player, Kenny shared that he was tired of calling Amy, his girlfriend. On this note, he said, “Here’s to a lifetime with the person I cherish more than anything in the world.” He also said that she makes him a better person and fails to imagine his life without her. Kenny concluded his message by saying, “I love you more forever and always!!” Such a happy and adorable couple, Kenny Pickett and Amy Paternoster.

Also, Amy is very much supportive of her fiance, Kenny. Because of her immense love and support, he feels lucky. On their proposing post, fans have showered them with love. Congratulations! It’s not known when Kenny and Amy are going to tie the knot. Neither of them has shared any marriage plans yet. We are eagerly waiting for the official announcement of the date of their big day.

Wishing Kenny Pickett nothing but the best for the upcoming days of his life. You may give Kenny a following on his Instagram account for more updates. By doing that, you will be able to see more of his pictures with his fiancee, Amy, being happy together. Hoping Kenny and Amy’s relationship grows stronger than ever.