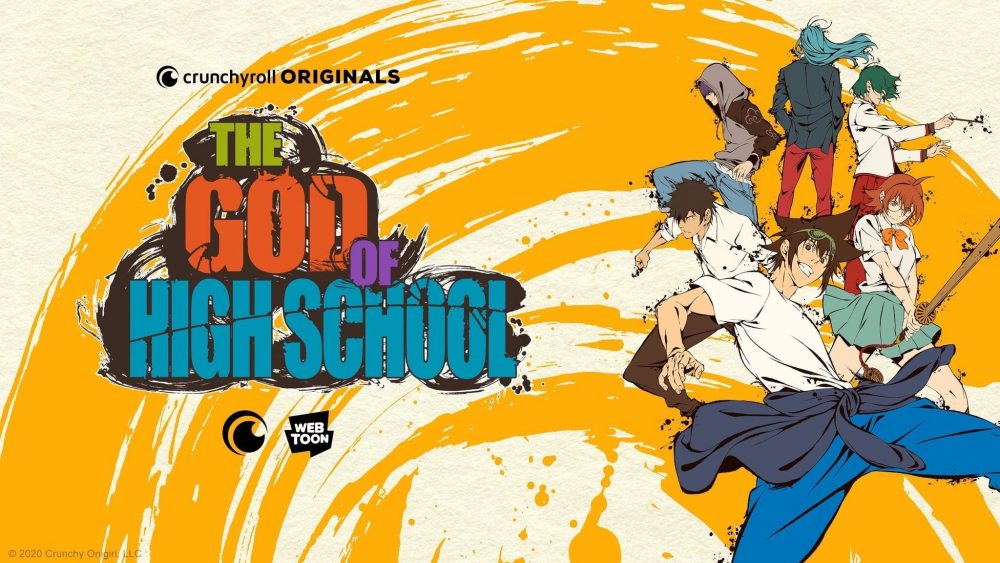 There is nothing better than reading Webtoon comics when you are bored. At some point when you have nothing to do and find yourself craving for something addictive to kill time,  one of the most effective solutions is to read Webtoon comics online. Then you would look up some Webtoon recommendations for you to flash through.

In case you didn’t know, we can read various kinds of online comics by comic artists from around the world on the Webtoon site created by ‘Naver’. Webtoon is quite popular among smartphone users, especially in Asia.

Several comics do stand out more than the other, receiving a lot of hype that makes the story even more interesting.  Some of them have even become hits and have millions of loyal readers. Without further ado, let’s take a look at the top 10 Webtoon recommendations that you can binge-read now in the first week of March 2021.

1. Tales of the Unusual 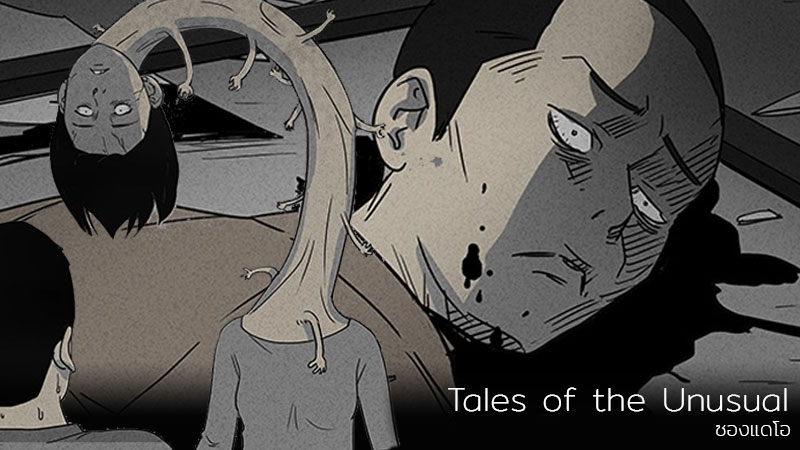 Who doesn’t like horror stories? Tales of the Unusual is a miniseries that tells the story of strange and creepy events in everyday life. The author, Seongdae Oh, is known for crafting the gripping horror story to an unimaginable extent. Even one of his comics entitled ‘The Cliff’ was adapted to the big screen in South Korea.

This comic only relies on a slow plot and a little twist at the end. This shows how slow the plot is that it takes about several chapters for one short story. And at the beginning of the comic, the first story alone takes 10 episodes. Reading the tales of unusual is like reading a mystery story. A character that starts out good may not necessarily have the luck at the end. Plus the stories that are out of the box make the nuances of the horror atmosphere more pronounced.

2. The Secret of Angel 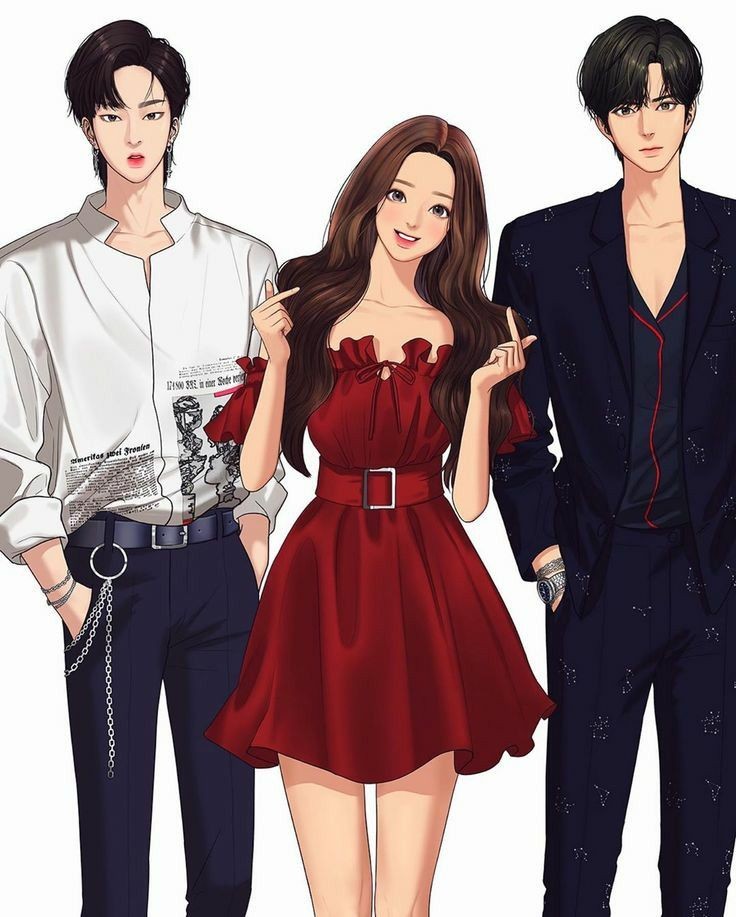 This comic with a romantic genre tells the story of a girl named Jukyung who is not confident in her appearance so she wears makeup wherever she goes. Jukyung’s life gets more colorful when there are two cute boys who have a crush on her guys! The Secret of Angel has received 17.6 million likes.

This webtoon immediately caught the attention of netizens and grabbed the top of the drama category when it was just published. The Secret of Angel discusses the secrets of makeup that can change the appearance and even life of a woman. Even more interesting, this comic by Yaongyi is flavored with comedy that can churn your stomach.

3. The God of High School 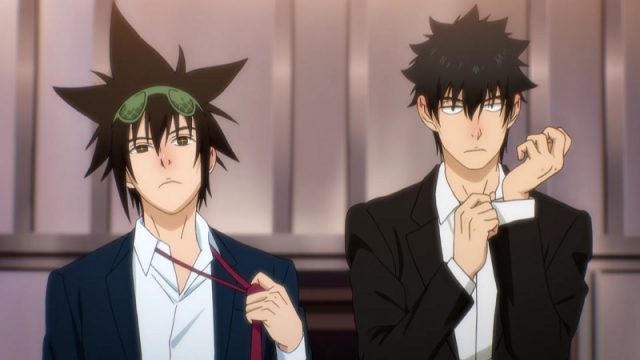 The God of High School (GOH) is a webtoon by Park Yongje which was first published through the Naver Webtoon platform on April 8, 2011. It became one of the first webtoons to receive official English subtitles from LINE Webtoon in 2014.

The story of The God of High School centers on the adventures of high school kids to become the strongest in the world. This fantasy comic genre is perfect for your fans of action and adventure stories. The story, which is quite intense and not long-winded, will keep you curious about the sequels. 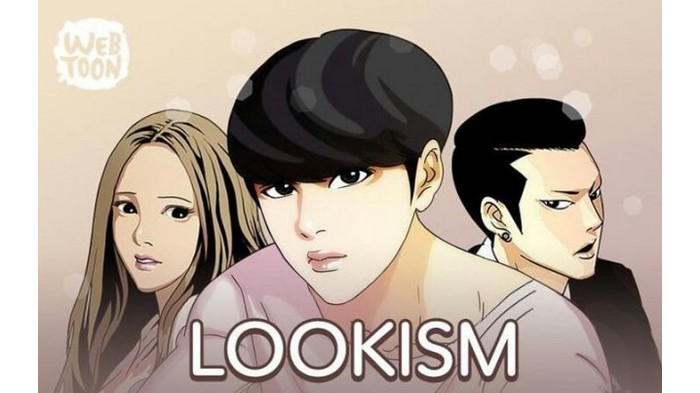 Imagine if suddenly you have two bodies at once. One is the real body and the other is the body that you have been dreaming of, what will you do with it? ‘LOOKISM’ tells about the bittersweet life of high school student Park Hyeong Seok. Be careful because this comic is specifically for 18 years and over and contains elements of violence.

LOOKSIM is the comic with the most interest from readers, with likes reaching 19.8 million. Having a unique story makes this webtoon never boring to read over and over again. In NAVER Webtoon itself, this webtoon has received great acclaim worldwide and rise to high popularity in South Korea.

The story itself bends around Park Hyung Seok who is a high school boy who is often bullied because of his fat and lousy appearance. One day a miracle came to him. Seok has two bodies; the old body and the handsome new body that rivals the boyband artist. Park Hyung Seok’s new life begins. This comic also contains many fight scenes that are exciting and rich in moral messages.

In the webtoon “LOOKISM”  its creator, Park Tae-jun was inspired a lot by the people closest to him to popular South Korean artists. As inspiration, some figures were even made to resemble some of the Korean artists. 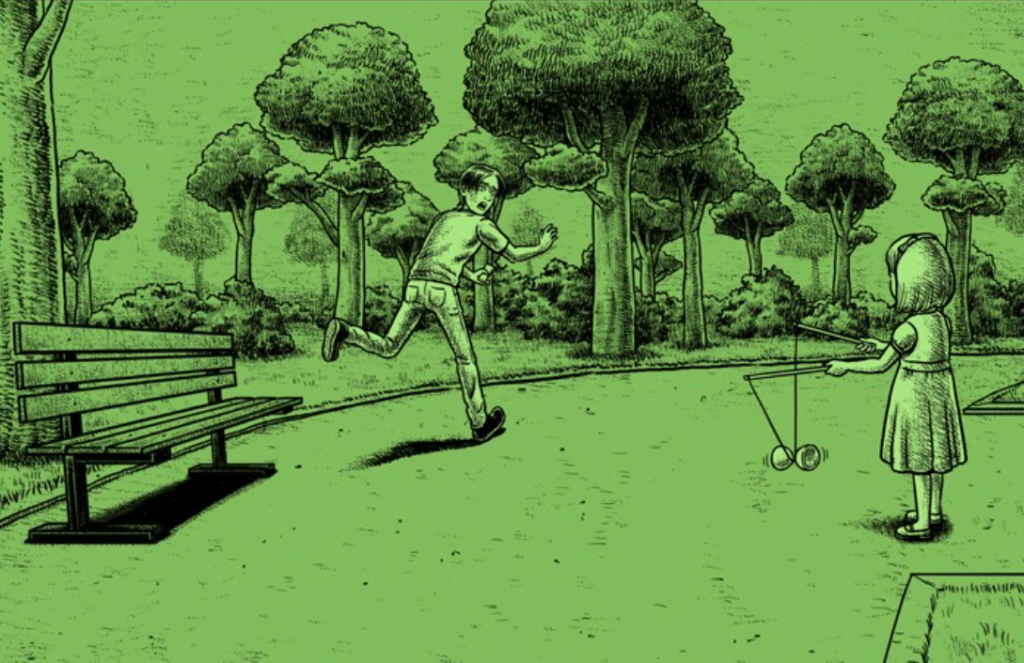 Each episode of Cinema of Darkness contains a short horror story by the comic artist himself. Although they were mostly very short, most of the episodes have a plot twist at the end of the story. That is what makes this comic unique and very much liked by readers.

This webtoon created by ‘Comic Ben’ tells the dark life of each character in the Cinema of Darkness story. Not only humans, this short comic features other characters such as animals, eggs, or ghosts. This comic also does not have a dialogue box, which means that the reader must interpret the meaning of each story by themselves. 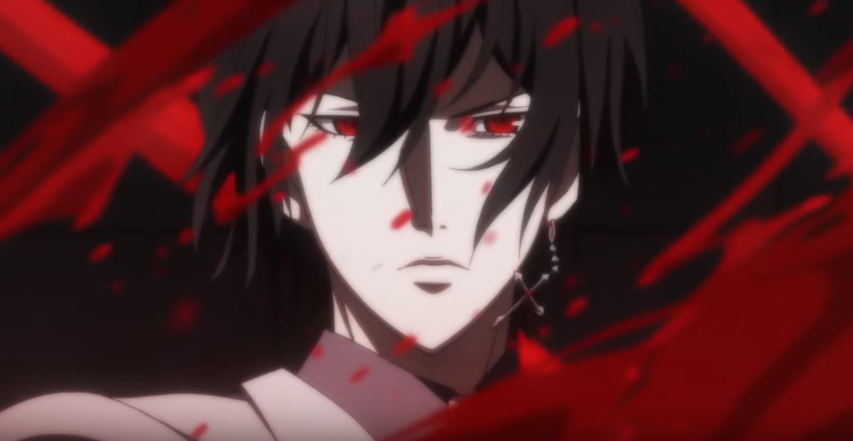 The fantasy comic genre is one of the most popular comics on the Webtoon. In fact, because of its popularity, Noblesse had made an anime version. The story centers on Rai, a noble vampire who awakens after 820 years. In his new life, Rai lives as a high school student. However, his status as a vampire makes Rai forced to face attacks from a mysterious group nicknamed the Unions.

Noblesse was first published on December 30, 2007, on the NAVER website. Back then, there was no webtoon. the Webtoon comics Noblesse is created by South Korean comic artist, Jeho Son with the help of an illustrator named Kwangsu Lee. Noblesse was made its first public access as comic series when it was published on Webtoon site in 2014 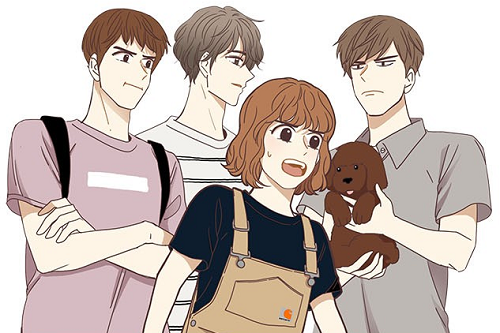 Well, girls will definitely like it when they read ‘Girl’s World’, the story is about friendship as well as high school romance, you know! Nari as the main character will be met with a lot of problems but there are still friends who are loyal to help her. No wonder this comic gets 9.4 million likes.

“Girl’s World” itself is a webtoon that focuses on telling the character Oh Na Ri who is friends with three beautiful girls but only she feels that she has ‘mediocre’ visuals. The four girls will later solve their respective problems which will further strengthen their friendship. Created by a comic artist named Morang, this webtoon is already popular and liked by many people from various circles. Not only because of the good plot, but Girl’s World also has inspirational messages about friendships that are related to our lives.

Good news came to loyal fans of the webtoon “Girl’s World”. Because this webtoon which tells of the sweet friendship between 4 high school girls will be adapted on a drama version by ‘tvN’. The main character Im Sun Ji played by Kim Doa Fanatics. The figure of Seo Mi Rae will be played by Han Cha Kyung. The visuals of the “Girl’s World” actors were indeed successful in making them dazzled. 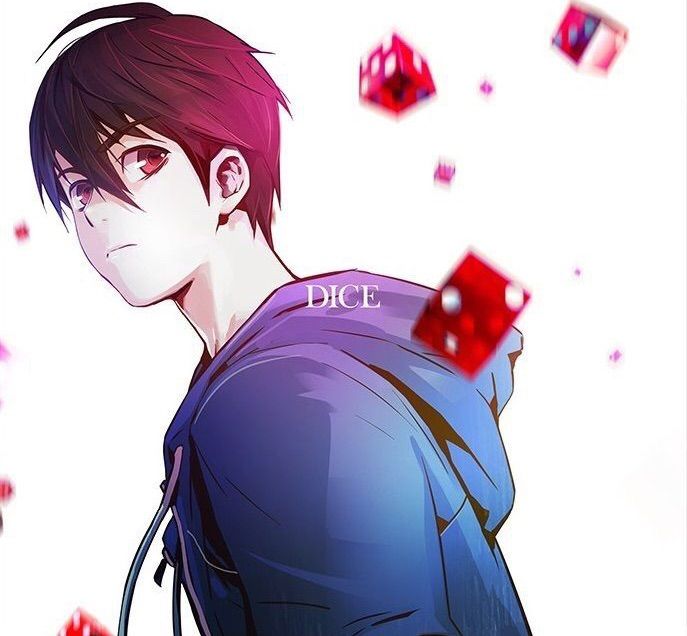 In eighth place comes from the fantasy genre with 8.6 million likes. Who would have thought, many ‘Dice’ readers were carried away by the tense atmosphere and at the same time made curious about the continuation of the story. This comic tells how dice can change your destiny.

The plot begins with the prologue of a child who experiences violence from his father. Then after seeing a shooting star, he is able to run away from his father and find a luminous blue dice (which is called a dice).

The next plot focuses on Dongtae’s life, who is always being bullied until finally there is a handsome transfer student named Taebin who becomes his classmate. Then this Taebin approaches Dongtae’s crush named Eunjoo. Until finally Dongtae found dice falling from the sky. After that, he accepted the quest from X via his cellphone. Changes also occurred in Dongtae’s physique who became taller and more handsome, then stronger, and he was no longer bullied. But unfortunately, Eunjoo is already dating Taebin. 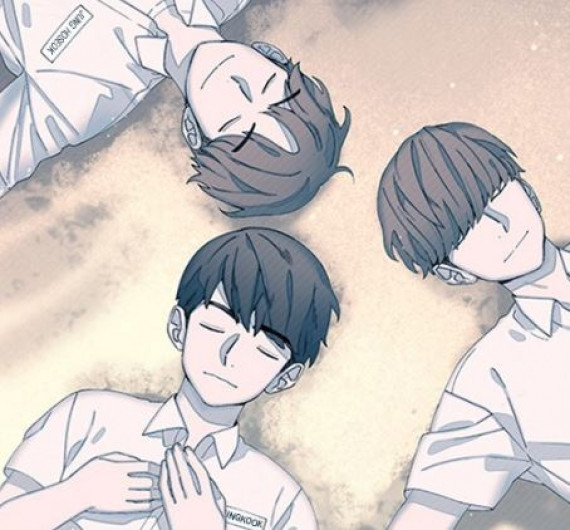 BTS now not only appears through their songs but also in the Webtoon series called ‘Save Me’. In collaboration with Naver, it will be revealed more about the BTS Universe. The Save Me webtoon was adapted from a number of video clips summarized in “The Most Beautiful Moment in Life”. The plot in this comic was created by Big Hit Entertainment, while ‘LICO’ made it into a webtoon. The Save Me webtoon opens with the narrative of Jin, who is reminded of his good friends from school, namely the other BTS members who use their real names. However, in the future story, they turned out to be no longer closely related.

One time, Jin met Namjoon (RM), who worked at a gas station. From this meeting, Jin just learned of the bad luck that befell his friends. Jungkook and Yoongi have died. And sometime later it was discovered that Taehyung was arrested by the police because he was accused of being involved in the murder of his father.

Cheese in the Trap was originally a South Korean manhwa (comic) series written and illustrated by Soonkki. The webtoon was first published on the Naver Webtoon portal site in 2010 and finished in Season 4. This webtoon tells the story of a student named Hong Seol who suddenly betrayed by a super handsome and popular senior at her campus named Yoo Jung because of her pursuit of success on campus.  Hong Seol still befriends Jung even though Seol secretly observes and knows that Jung is weird and likes to manipulate people he doesn’t like. Because of that Seol became a parno and felt that something was wrong with Jung personally. It generally tells about what it feels like to survive college and all its drama.

Wrapping up, those are the best Webtoons that you can easily read right now in March 2021. Which comics have you read and you’re eager to read?