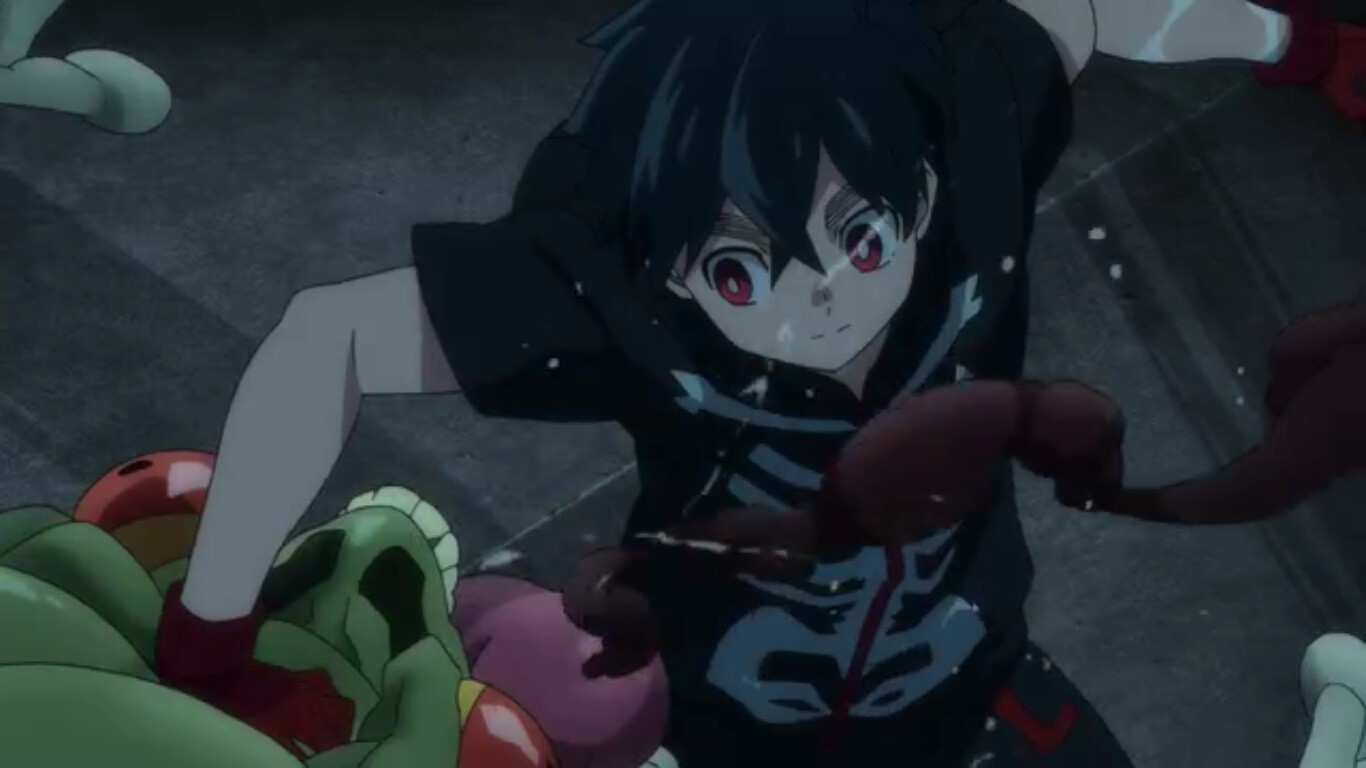 The office had adopted Kabane, who, like Kohachi, is also a Kemono. Kohachi has recruited Kabane from his home village, where he was known as a monster. Ever since Kabane has found a place of belonging in the Inugami detective office, he easily blended in as everyone there was like him. They all were Kemono hybrids with half Kemono half-human. Only distinct features identify them as Kemono, and in general, they have a human appearance.

Kabane found Akira and Shiki in Inugami detective offices. It seems like they went there due to their own background programs as well. And Kohachi recruits them after seeing their story. Akira is looking for his brother while Shiki has his own background Kemono problems that are not shown in the anime. So Inugami detective office is now run by Kemonos, who deal with all Kemono related issues.

The anime is still building up its story, but it appears simply as a detective focused series. Each episode presents a problem that the Inugami detective office will solve. So things are that simple at this stage. Kemono Jihen Episode 5 will release over the weekend. New episodes are always available for streaming online on Animelab as soon as they broadcast.

Kemono Jihen Episode 4: A Cat Kemono on the Loose 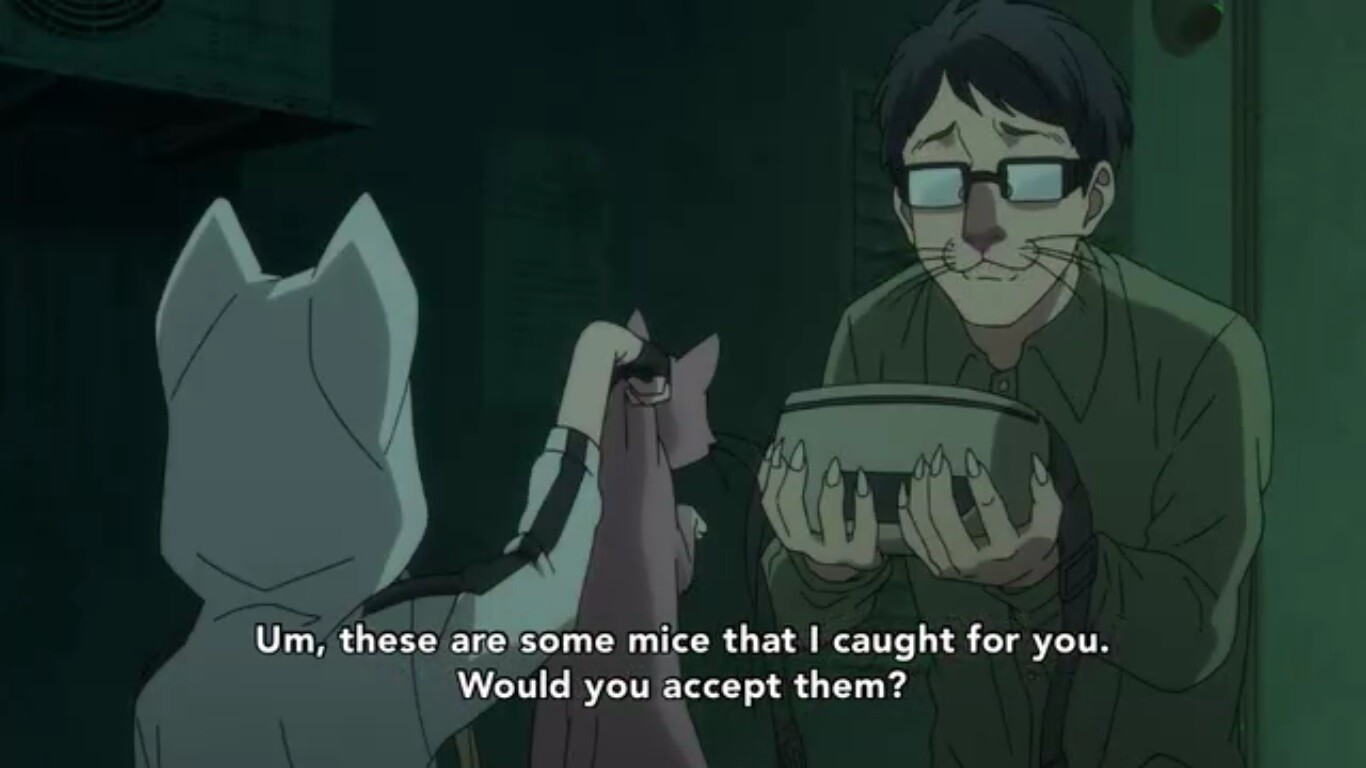 Kemono Jihen Episode 4 presented a new problem to the Inugami detective. The anime continues with its basic setup, where every episode is about Inugami detectives solving a problem. This was continuing from the last episode when Kohachi said that he uses a special light at the office entrance. The light attracts people who are affected by Kenomo powers. Some evil Kemono tries to take advantage of people, and the light is a good way t attract them to Inugami detectives.

This way, they will be able to resolve their issues easier. Kohachi also runs a bar at the offices’ front, so this is a good place where people can come. And it lets Inugami detectives easily find people who are suffering from various Kemono encounters. This trick worked well when a certain man wandered into the bar. The client was under the influence of a cat Kemono that can transform into a woman.

The Kemono works at a night club, and that is where she finds vulnerable men and turn them into cats that serve under her. Kohachi sent Kabane and Shiki to help their guest, who seems to be under the influence of the cat Kemono. This led them to a nightclub where the kemono works. And its shift was ending, so it was a good time to hunt it down. Kabane also took Kon with him, and with Kon hiding, it was easy to ambush her, which did not take much effort. Their mission was now complete with the cat captured, and they had to take it back to Inugami detectives. 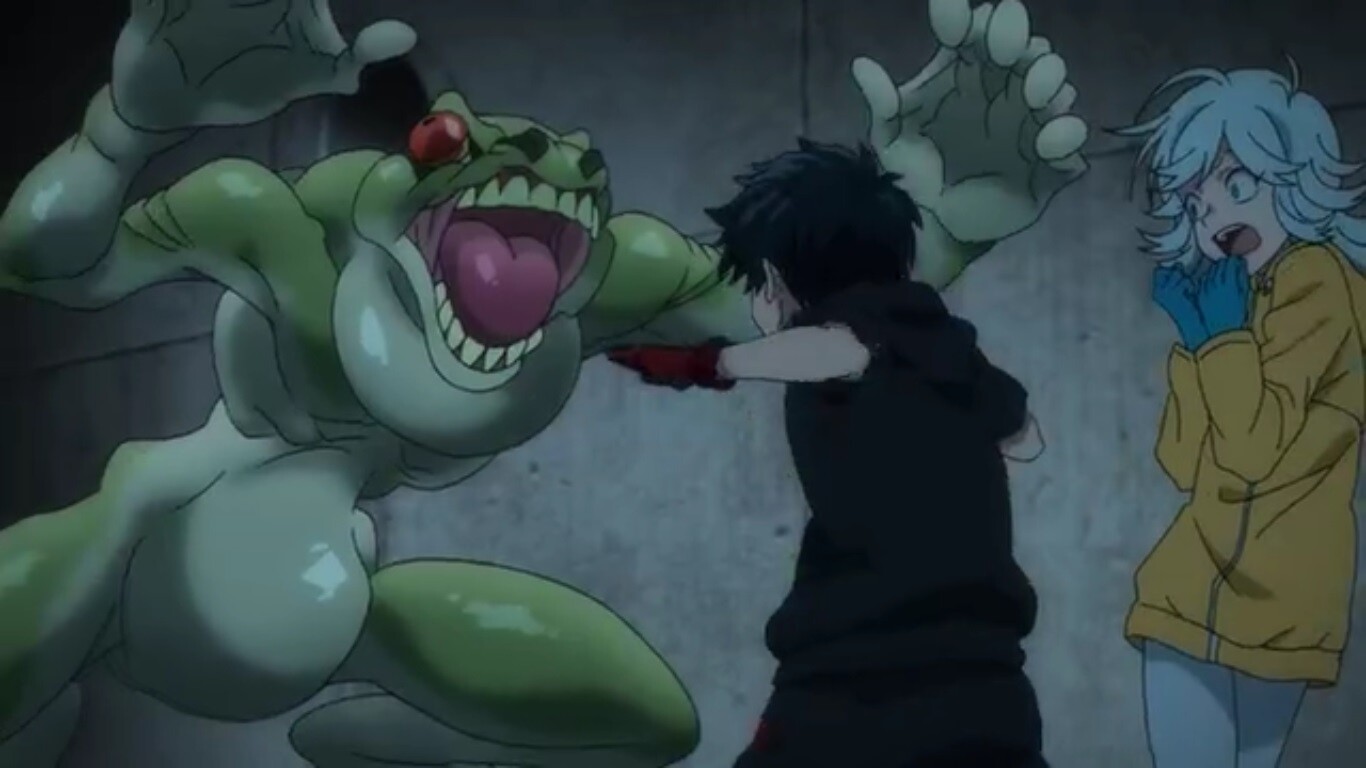 Kon managed to catch the Kemono, and it was clear that the cat was harmless and was fending for itself. And the client that Inugami detectives just helped out offered to take it in as a pet. The cat also promised to remove the curse it has put on everyone else. This means that all the humans that turned into cats will return to their original forms. This anime revolves around issues like these; Kohachi has spoken of evil kemonos, which means that as we go on, more dangerous requests might come, and then we move forward into the realities of the Kemono world.

But for now, the anime is developing slowly; hopefully, the next episodes will have something different. But in the same episode, it looks like something promising happened. A frog kemono that lives in the bridges requested for Inugami detective’s intervention. The frog’s clan leader asked for help because his fellow frogs have turned into humans looking for something to eat. Usually, these frogs eat insects and other fish in the rivers. But it looks like there was an event that had the clan turning on humans instead.

This time we managed to see more of the kemono world and the ties that Kohacihh has with it. Kohachi sent Kabane and Akira on this mission. We managed to see Akira’s true powers, and the history behind his clan came to light. He comes from a clan of ice kemonos, and the village has only female children born. A male child is born once in a long time, and Akira and his twin brother were the first ones in the village. This caused conflicts with other villages, and Akira escaped with his twin brother.

Akira told Kabane that he lost his twin brother, and he came to Inugami detectives to find help on locating him. Akira has potent powers, but he is not confident in using them. Kohachi has selected him on this mission to make him aware of his latent ice powers. The frog kemono was overwhelming even for Kabane, and this had Akira panic. Akira finally unleashed his latent ice powers and froze all the frogs that were attacking them.

A mysterious pet raccoon appeared with the message from Kohachi. But in the end, the anime shows that it was Kohahchi in his transformation. The frog’s clan leader thanked Inugami in the end, but Kabane and Akira were unaware that the raccoon’s pet was Kohachi all along. The anime seems to have entered a new storyline and might drift off a little from its basic kemono solving cases and explore more on this world. New episodes usually come out late on Sundays, so that we will find out more by then.

To see a detailed anime release date schedule for the week, you can look at our weekly anime news updates. We have a list of all the anime episodes releasing this week. We also cover manga on our weekly manga highlights, which will give you a list of all manga releasing new episodes this week.