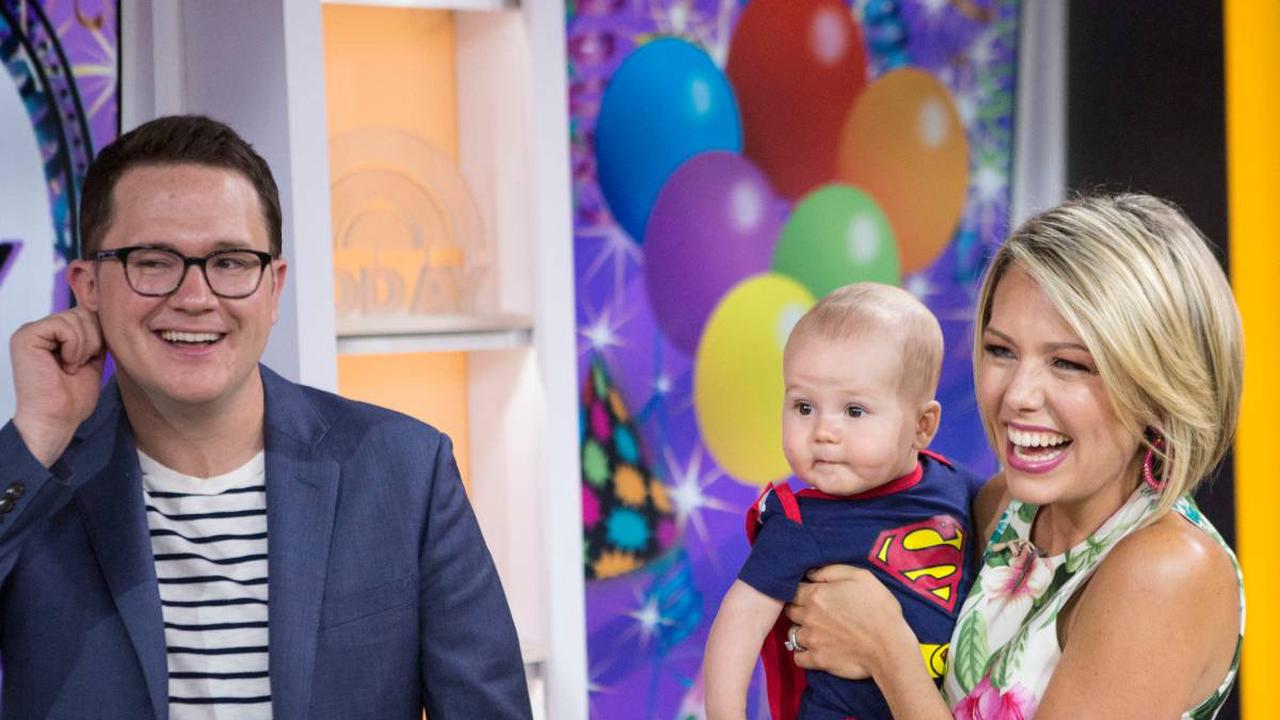 Dylan Dreyer is the mother of three sons and a Meteorologist her fans can’t get enough of. She gave birth to a baby boy making him the third son in their family. Her family has grown and so is the fan’s love for her and the family. The mother of three doesn’t limit her care to her sons though, she would share a form of it with her fans as well. Not a while ago she shared her recipe for Chicken Piccata on the Today show. Which was well received by fans in style as well as taste. But don’t let that fool you into thinking she has been getting rusty on her job. She is soon to make a return to golf and is aiming for high sights. Though the details of it will be in the future as she is in the practice phase.

But what has fans talking is her and her family that are hit to have another family member. A rumor? Yes. But why would such a rumor exist in the first place and become a talking point among her fans? There are a few reasons and a few of which are things outside of control. Though we don’t say it in bad faith only as a matter of fact. Dylan Dreyer herself is amused with this development and answers with a cheery disposition. Who is Dylan Dreyer Married To?

Dreyer was part of the NBC network for a long time and has been diligent at her work. But her diligence is not a thing that she achieved overnight. Long before she joined the network, she worked in many places like WHDH, WICU, and WJAR. By working at these places she gained a name for herself and tackled challenges that came her way with them. After her Joining the NBC network she has become one of the most renowned Meteorologists of our time. But what is not known about the acting gig that she had this year? She appeared in the sports movie, Fate of A Sport. The movie was well received by the audience and critics alike and gained a huge rating from both.

As for her private life, Dylan Dreyer married NBC News Producer Brian Fichera in the year 2012. The two had their first son in the year 2016, four years after their marriage. But the family is not limited to just that, in 2019 Dreyer told her fans that she is pregnant with her second child and the same year the couple had another son. Being a host of Today, Dreyer does her best to do for her sons and it was no exception during the pandemic. However, the family grew once again as they welcomed the third child in 2021. Due to the compounding responsibilities of motherhood, she left Weekend Today to tend to her sons. Though her fans need not worry as she decided to keep working at the Third Hour. And this is where the rumor started to begin. With the lesser appearance on TV, the Meteorologist appeared to have gained a little weight which led to the fans speculating. As for her pregnancy, no Dylan Dreyer is not pregnant. Moreover, she is coming back to playing Golf and is all too excited to talk about it. And the rumors of her pregnancy reached her as well, to which she made clear she was not pregnant. She posted this on her Instagram, ‘It’s almost time!! I can’t wait to finally play in the @acchampionship NOT pregnant!! Thanks to @playingnine for collecting my stats (and for dressing me last year, which wasn’t easy until I found them!!) My goal this year is to not be in the bottom 10. #smallgoals’. The world of celeb moms might be in a weird place at the moment. Because at the time the news of her pregnancy was going around, Molly Qerin was also rumored to be pregnant but with no evidence.
Subscribe to Otakukart to stay up to date with the latest news, gossip, and more.