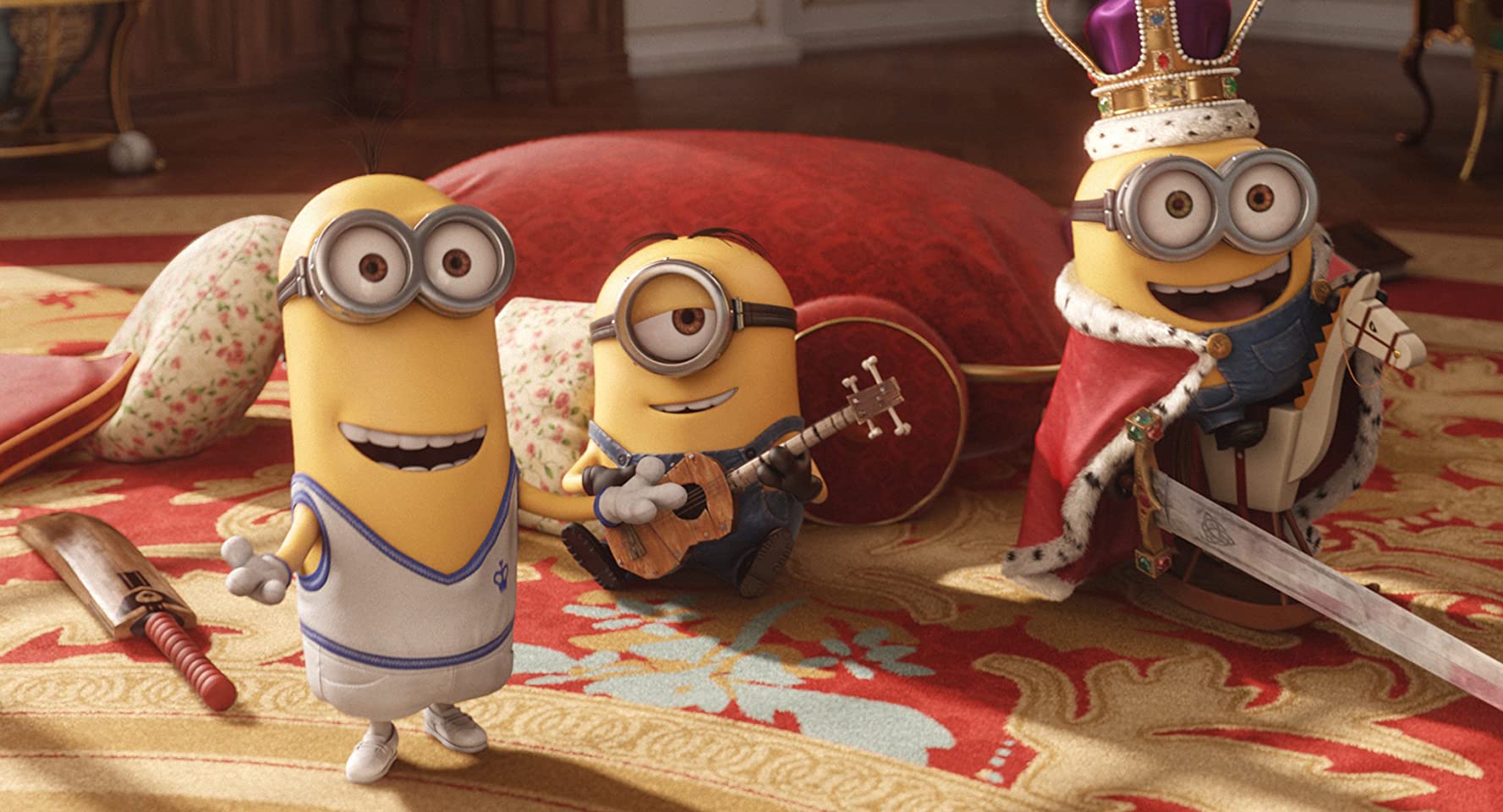 Minions can be watched on a variety of platforms and here we have briefed it all. The film was released back in 2015. It is the third installment of the Despicable Me franchise starring the cute little yellow creatures. Pierre Coffin and Kyle Balda directed the movie for Universal Pictures. The movie was obviously a box office success. Made with a budget of just 74 million dollars, it went on to gain more than 1 billion dollars throughout the world. Just in 2022, we are getting a sequel to the film. It is called Minions: The Rise of Gru.

The film starts with the origin of Minions. We are explained how these creatures have come into existence. Throughout time, minions have always served the most powerful and evil forces in the world. Although, unknowingly, they have killed their masters. This is why they are now isolated inside a cave. The minions decided to start a new life alone although we see them becoming sad and unmotivated because they have no purpose in life.

Thus, Kevin, Stuart, and Bob volunteer to go out into the world and find a new master for their clan. The trio travels to New York City and looks at the poster of Villain Con. Only the biggest villains enter this festival and prove who is the worst among them all. Here, Kevin, Bob, and Stuart find out about Scarlett Overkill and decide to serve her. 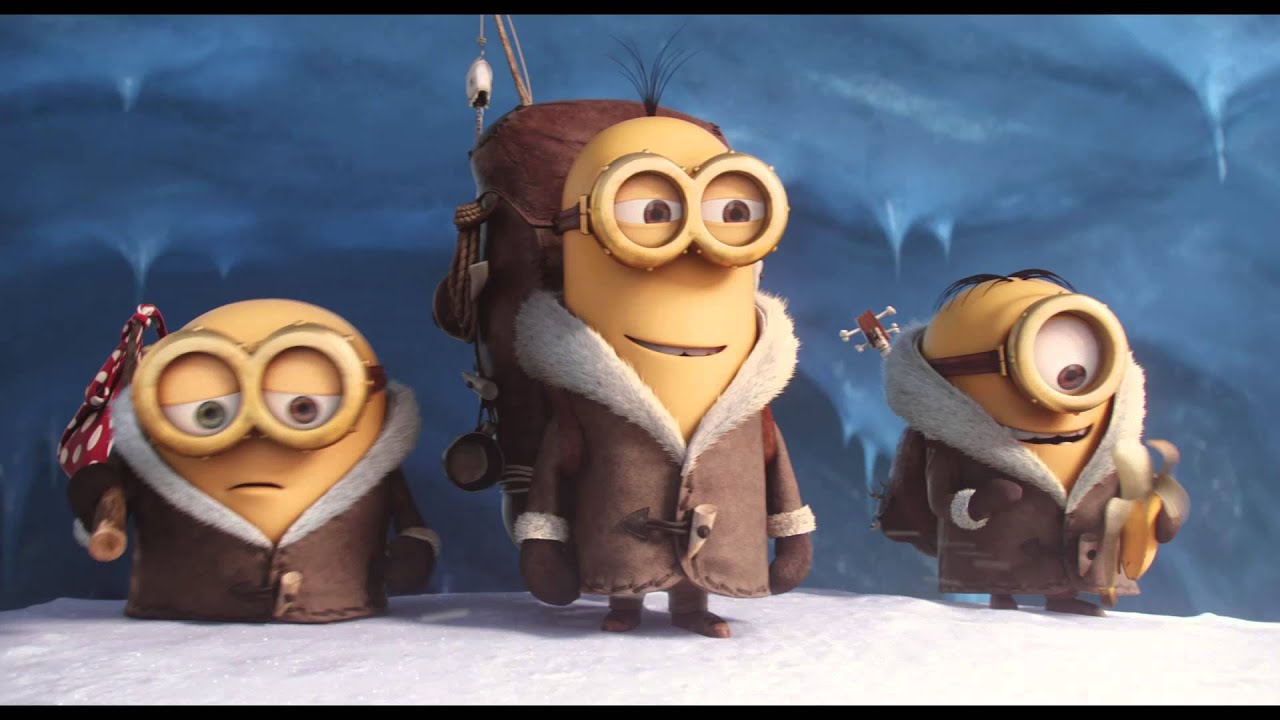 A still of Bob, Kevin, and Stuart as they set out to search for a new master in Minions 2015 Movie

Scarlett, out of no prior planning, hires the three cute creatures and takes them to her home in London. Here, the trio connects with the rest of the minions and asks them to join the cause of Scarlett. She tells them her plan for the biggest heist she has ever done. Scarlett wants to steal the Imperial State Crown from Queen Elizabeth II. She also promises to reward the minions if they help her steal the artifact without any commotion.

Minions 2015 movie is available to watch on a lot of platforms right now.

No, Minions 2015 movie is not available to watch on Netflix with its basic subscription plan or any plan in general.

Amazon Prime Video also has the Minions 2015 movie enlisted on its platform. You can rent the film for 3.99 dollars. Minions can also be bought from the platform for just 7.99 dollars.

Minions 2015 movie is available to watch on Apple but only through purchase or rent. You can rent or buy any content that you desire from the platform.

These are again on-demand platforms. Minions 2015 movie will be available to buy or rent from YouTube or Google Play.

With the heist taking place soon, Herb, Scarlett’s husband, helps the minions with his new inventions to assist them. When the three enter the Tower of London, through all the chaos, Bob accidentally removes the Queen from the throne and becomes a king. This makes Scarlett very angry. After confronting the creatures, Bob apologizes and gives the throne to Scarlett. After this, she orders that the minions shall be executed. Soon, the coronation ceremony for Scarlett is going to take place.

Stuart and Bob, with the hopes of apologizing to her, actually interrupt the ceremony by dropping a chandelier over her head. Scarlett nearly escapes this incident and thinks that the minions actually want to kill her. The two minions are captured by the villains. Kevin is hiding in a pub but Scarlett orders him to show up or else his friends will be dead. Soon enough, Kevin sneaks into Scarlett’s place and is trying to steal the weapons. Well, everything goes wrong once again as he triggers the machine onto him and which causes him to become a giant.

This helps Kevin in rescuing his friends while all the other minions show up as well. Scarlett and Herb try to escape through a rocket but Kevin catches it and floats with it as well. The missile inside Kevin’s mouth explodes and everyone thinks that he died. Although, Kevin comes back to his normal size and rejoins his friends and tribe. Soon we see Gru entering the scene and stealing the crown. The minions run after him making their new master.

Also Read: How to Watch Minions – The Rise Of Gru? All About The Release