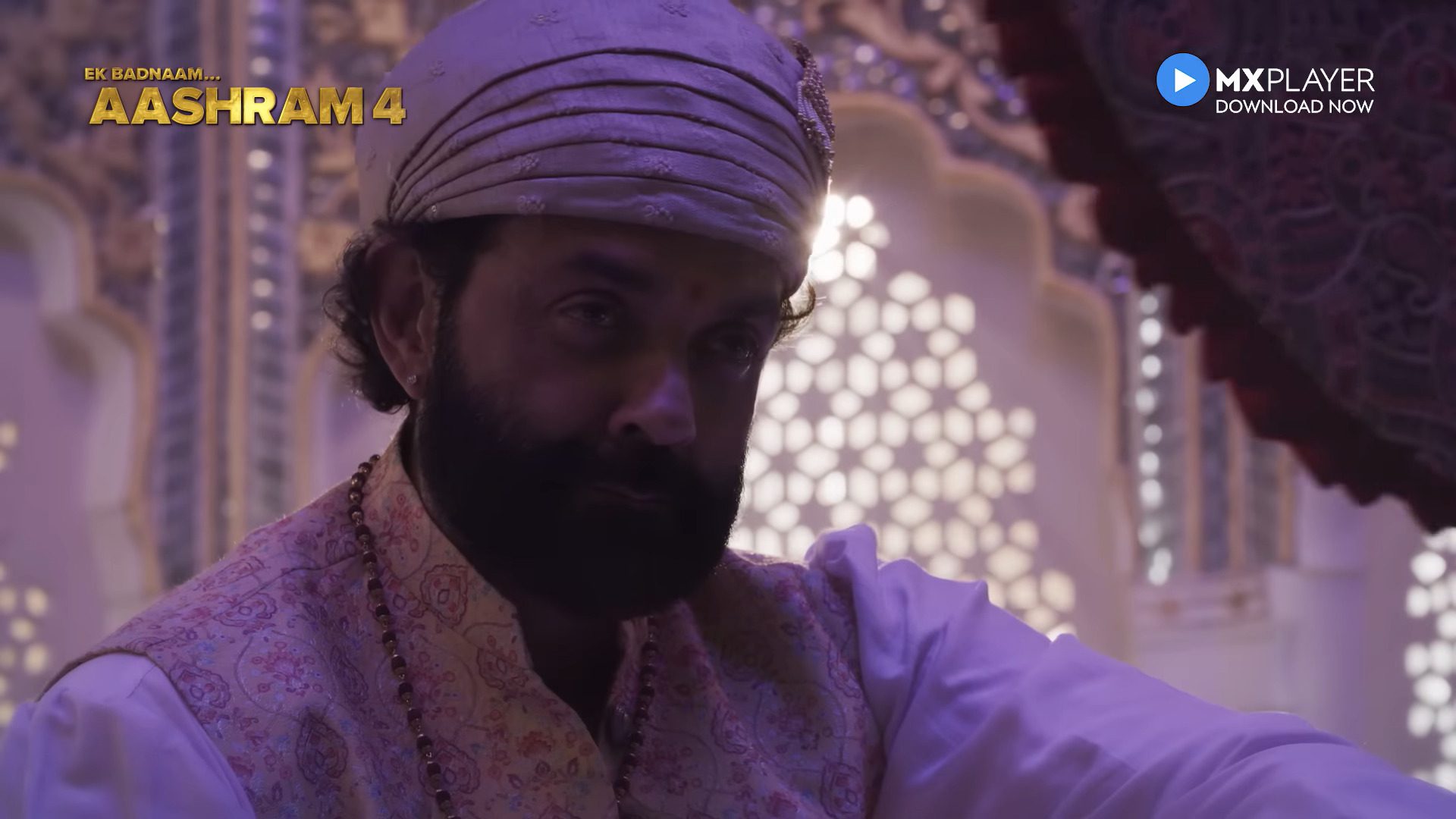 Bobby Deal starrer Hindi TV show, Aashram is setting records. This TV show caters to the crime, thriller, and mystery genres. Recently, its third season dropped on the streaming giant MX Player. With such a suspenseful ending, the fans can not wait to know Aashram Season 4 release date. The storyline of Aashram Season 3 revolves around the corrupt means of the Baba Nirala, played by Bobby Deol, to hide his real identity. Let us dive right in to know more.

Season 3 of Aashram aired on the 3rd of June in 2022, and within 32 hours of its release, the series got a massive 100 million views. This shows how much craze the fans have for the TV series. The crime and thriller show is directed by one of the finest directors of Bollywood, Prakash Jha. Without wasting another minute, let us hop into Aashram Season 4 release date as well as the recap of the third season.

Pammi Pehelwan leaves no stone unturned to expose the true colors of Baba Nirala. The conman assaults Pammi, but she somehow manages to escape from his trap. She switches to become his devotee. Baba Nirala’s lust ignites the fire of revenge in Pammi and other women.

The bond between Baba Nirala and Bhopa cracked in the mid of the season. There was disloyalty between the two main men of the cult. As Pammi escaped Nirala’s clutches, he sends Bhopa to find her and puts up missing signboards all over to catch hold of Pammi. But Bhopa remains unsuccessful. Bhopa again sets a trap for Pammi, saying her brother and father died so that she will come back to the Aashram, but was not able to get her once again.

Hukum Singh became the Chief Minister. While Pammi’s brother and the people from her village are beaten by the men of Baba Nirala. This was flashed all over the television and forced Pammi to surrender. Dhaiya’s family, after getting fed up with the acts of Nirala, commits suicide and leaves a suicide note unveiling Baba’s wrong acts, but the police on duty, Balwant, hands over the note to Bhopa to save Baba. 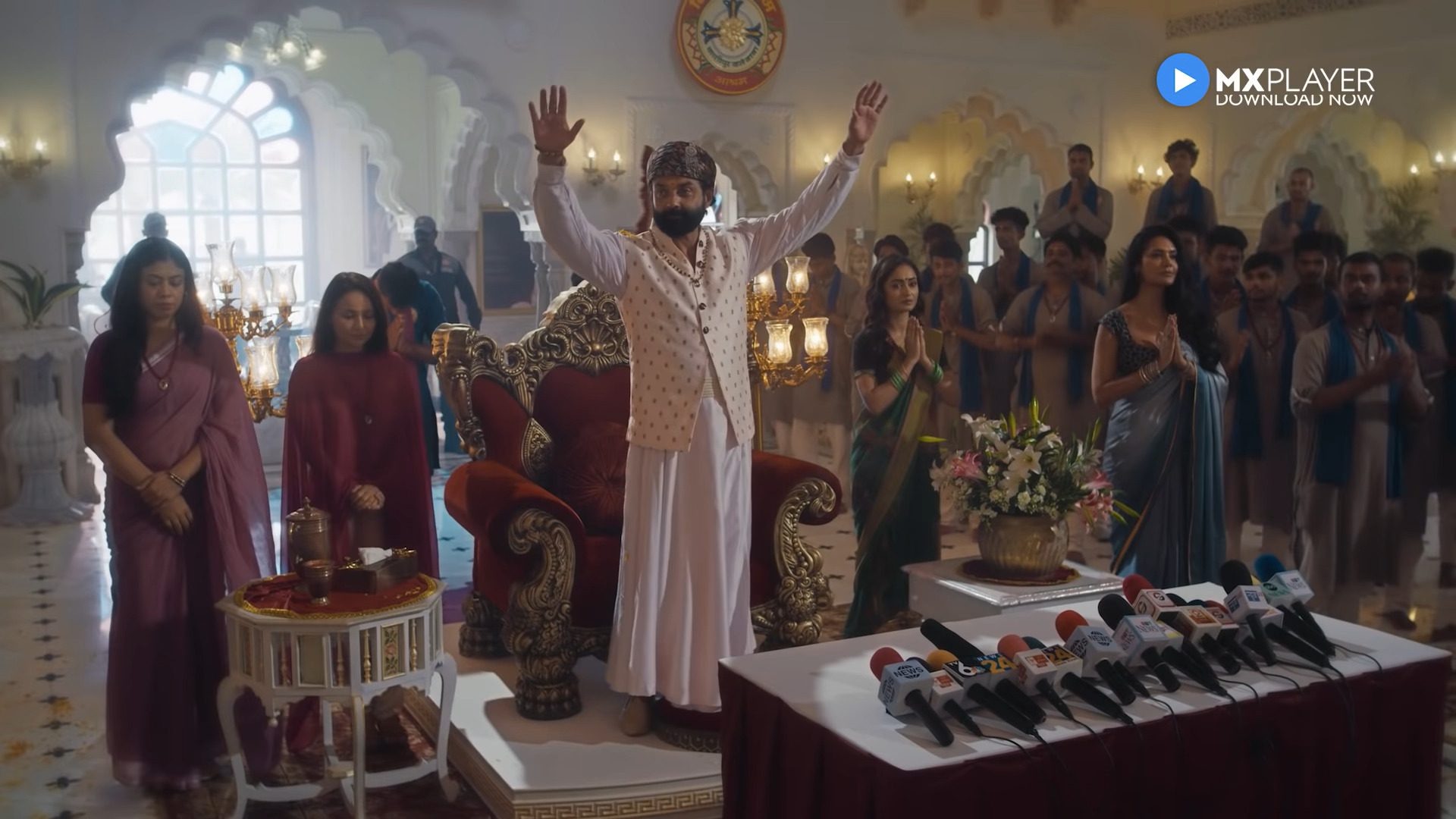 A scene from season 3 of Aashram on MX Player

Also Read: Manifest Season 4 Release Date in November 2022? Everything You Should Know

Hukum Singh calls one of her friends, Sonia from London, to uplift the image of the project Pradesh initiated by him so that investors could be lured to invest more. Sonia gets to know that all of the power is in Nirala’s hands. At the start, she gets annoyed with Hukum but ultimately, for both of their gains, decides to manipulate Baba. Through Sonia’s persuasion skills, Nirala gets trapped in her sugar-coated words.

The ending of the show takes a zig-zag turn, where Hukum fails to be the Chief Minister with his plans. Baba gets a clean chit as his lawyers proved Pammi to be wrong by providing false evidence in court, and Baba is released from prison in no time. While there is a surprise for all the Aashram fans. The third season ends with a teaser for Aashram Season 4.

Now, the moment of truth for all the Ek Badnaam…Aashram fans. Aashram Season 4 is going to release in the second quarter of 2023. However, there is no confirmed release date as of now. The fourth season will have 10 episodes and will stream on MX Player, following the pattern of the previous seasons. Talking about the trailers, there was a sweet nod by the Aashram crew by giving a teaser for the fourth season at the end of Aashram Season 3. But there is no official trailer of Aashram Season 4 yet.