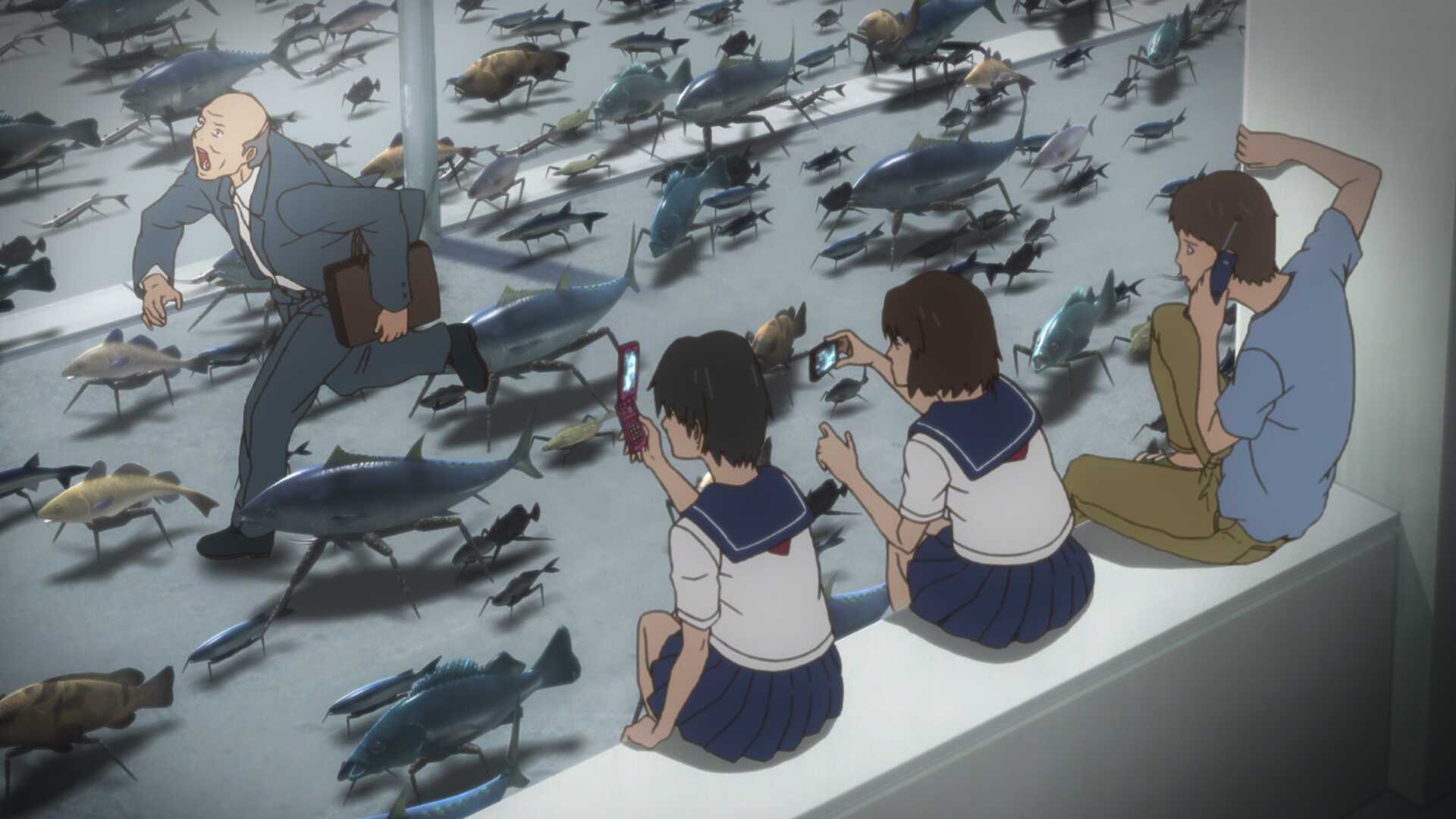 The zombie culture in the West and around the world is starting to penetrate the animation industry in Japan. Till this point in time, there still are not many zombie shows and tales you can all watch compared to the life and action ones. Although, it is just a matter of time before Japanese anime caught it all up. Thus, here we have wrapped up all the information that we know about the best zombie anime of all time.

GYO: Tokyo Fish Attack ran for 75 minutes is based on the horror manga that goes by the same title. It has been penned down and illustrated by the popular horror mangaka Junji Ito. As the title indicates, we have Tokyo under attack. And instead of zombies, the human corpses, we have some of the stinky undead fish that are infected by a disease that can even be contracted by humans. In the middle of such issues, a girl named Kaori sets on a journey to find her boyfriend, who is now missing. The thing that makes this anime even weirder is that we have all these undead fish have actually metal legs that enable them to walk on land.

If a person watches this anime, you know that Japan really has a thing for undead characters. We have Chika as well as Shito, who are the two main characters and are zombies. They keep on living in exchange for hunting down all the other zombies. Later in the scenes, they get joined by a girl whose name is Michiru, and she even has the ability to see a ring around the neck of a person when they are about to die. Chika and Shito thus employ Michiru’s powers to find out about the undead to pay off their debt to Zombie-Loan. It is the company that has brought them back to life.

The Empire of Corpses: Shisha No Teikoku

In this series, we witness an alternate to the England of the 18th century. We have the scientist Victor Frankenstein who discovers a method of reanimating a corpse. Well, at the time when his creation gets destroyed, he discovers another method of reanimating corpses. This actually paves the way for employing corpses in manual labor who exist in the 19th century. However, unlike the method of Victor, this new method is not able to return the soul of the dead bodies back. All this while, we have John Watson, who is a medical student.

He is given the task of obtaining the notes of Frankenstein on reanimating the corpse with a soul. The British Government gives him this order. The show has employed a plot that is unique as well as interesting. All the characters in this show are based on historical as well as popular figures in literature. This is what makes The Empire of Corpses a fun content watch.

The titular character of Corpse Princess is Makina Yoshimura. She is one of the people who got converted into zombies. While she does not have the looks that are shared by a variety of zombies and obviously do not eat the brain, she is definitely of those undead people. She gets awoken after getting killed along with her family. Right now, she has to kill the other 108 revived corpses to be able to join her family in heaven. Her ultimate goal in life is to avenge the death of her family. She wants to do so by defeating the undead group of people known as Seven Stars. This show employs a powerful female lead who has physical skills that she uses to destroy her enemies.

Well, if you are the type of person who is not quite strict about what makes up a zombie, then you all should definitely go on to watch Tokyo Ghoul. The show throws the entire spotlight on a normal but shy college student whose name is Ken Kaneki. His life takes a complete 180-degree angle after she happens to be in a near-death accident, from which he is later saved by receiving an organ transplant. However, a ghoul gives away this organ.

This event transforms Ken into a hybrid of humans and Ghoul, who now needs to eat human beings to stay alive. He is now constantly torn between hiding the fact that he has become a Ghoul and preserving humanity. Unlike all the regular zombies who consume the flesh, we have ghouls who try to lead a normal life in society, and thus, it makes the audience generate some sympathy for them and even takes their side.

This anime series has derived its inspiration from a famous third-person shooting game. Gungrave can be considered something of a serious anime that throws the entire spotlight on our main character’s journey towards revenge. The main character is known as Beyond The Grave or maybe even Grave for short. He actually was a human whose name was Brandon Heat. He was then betrayed by his friend, who also murders him. This friend was also his mafia syndicate partner. He is now an almost undefeatable creature, just like a zombie. The man now lives to get back at the person who has betrayed and the syndicate that he used to be a part of while also killing some of the fellow undead mates on the side.

If you are the kind of person who has enjoyed the South Korean zombie film Train to Busan, then a person should definitely check out Seoul Station, a South Korean animated film. It is actually a prequel to the hit 2016 zombie film. You guys should also know that this film currently ranks up at 100 percent on Rotten Tomatoes and throws the light on the adventures of a young woman who tries to survive after downtown Seoul gets overrun by zombies. There happen to be just three characters in the show. This is why Seoul Station is much of an easy film to follow. All this while, this tale does not include much of the difference from other zombie films as well as films that we have seen so far. The twists employed in this tale can be very inspiring.

This anime series can be considered as the best zombie movie to date even though MyAnimeList says otherwise. The show has employed a grave plot and even has an exciting turn of events with similarities to Western zombie TV series and pretty popular films these days. As per the title, the story is all about five students from high school as they are working in unison to get to safety after their high school gets overrun by zombies.