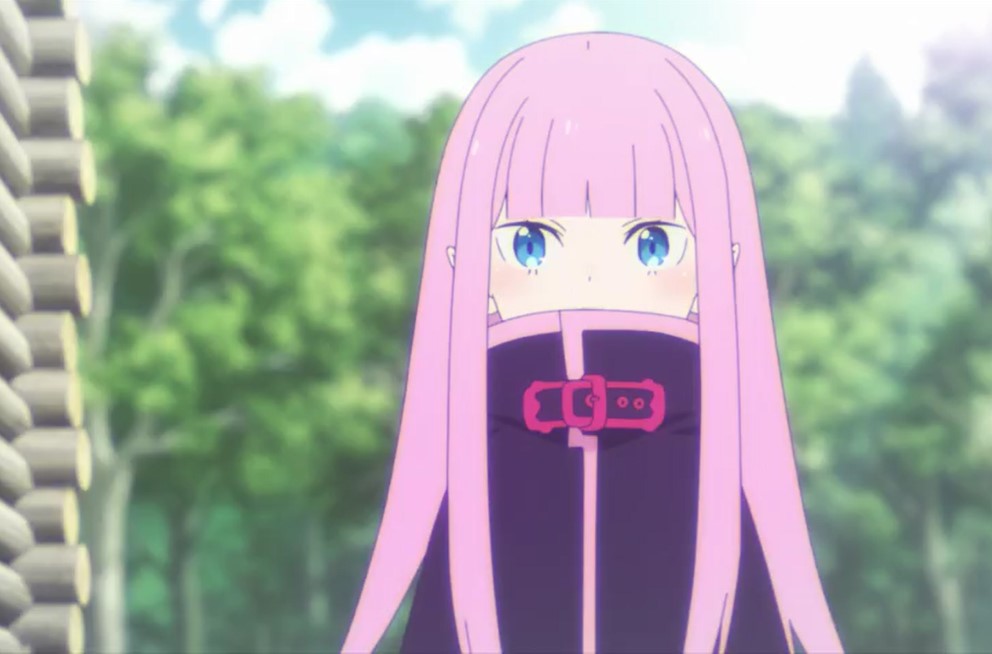 At the Santuary, Subaru questions Shima if she is okay, and Bilma reminds Subaru that she told him. She reveals that their body constantly depletes like a spirit body. Subaru comments that he knows that there are three of the Ryuzus that alternate. But since they were removed from the rotation, there is no replacement. Shima wakes up and comments that she is not sure if she will hold on until Emilia returns.

Garfiel comments that she must not push herself since the old hag will take care of her. Subaru comments that what Garfiel is saying is confusing; he can call them old Shi and old Ryu. He ends up saying only Shima can tell them. Shima comments that she will tell since she is the one who has entered the graveyard. She has also attempted the Trial, and she knows what happens there. Shima said it is about the memories of Ryuzu Meyer.

Episode 44 will be released on Wednesday, 10 February 2021, at 10:30 PM JST. New details will be added every week on Wednesday. You can officially visit Crunchyroll for more details and updates. You can also get other latest development down here. 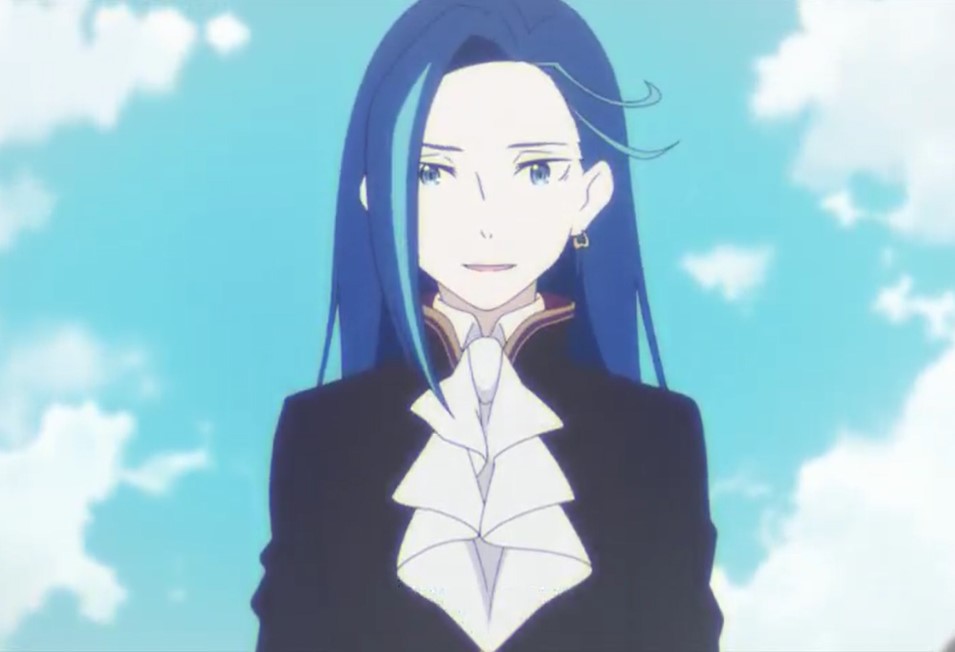 Shima reveals that the Ryuzu is the progenitor that their copies are derived from. It happened before the place was known as the Santuary. That was the beginning of an unknown memory. One day the Ryuzu Meyer met with a young girl who has a lovely face. The girl’s skin was white as snow and pale blue eyes, and she asks Ryuzu what she wants.

The girl noticed that Ryuzu is quiet and comments that she is a boring, cowardly girl. Echidna calls her Beatrice and asks her why she is showing that attitude toward the girl. Beatrice apologizes, and Echidna comments that they can first hear the story of Ryuzu. Ryuzu reveals that she was standing, and all of a sudden, she was captivated. Echidna gives Beatrice some lecturer since Ryuzu has explained herself.

Echidna told Beatrice that she must be special, but she doesn’t have to look down on others. Beatrice’s attitude lacks tolerance, and she apologizes to Ryuzu for Beatrice’s behavior. Echidna reveals that Beatrice is just like a daughter to her, and the two must be nice to each other. Echidna said that Ryuzu would also be accompanying them everywhere they go. Beatrice continues that she doesn’t need Ryuzu; she can make it on her own.

That is how the two girls met, after the witch and her daughter visited the settlement daily. Beatrice continues with her act like she is a queen, questioning everything that Ryuzu does. Beatrice always bosses around Ryuzu and gives her hard chores, but she follows her everywhere. Ryuzu wonders why she follows her, and Beatrice said she is just killing time. Ryuzu asks Beatrice to help her with the laundry, and Beatrice said she would since she has free time. 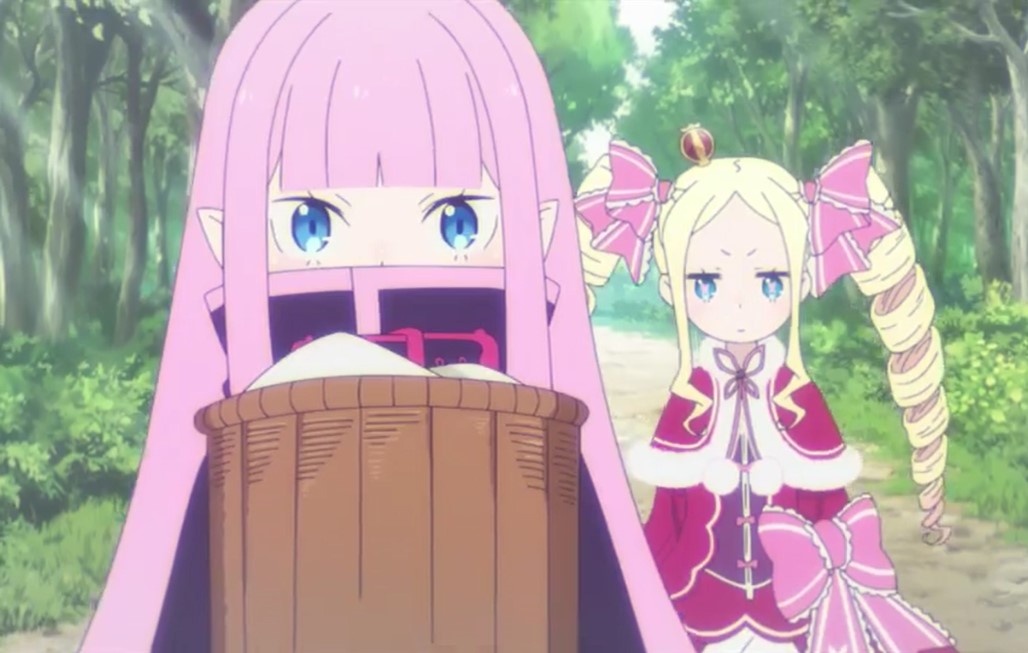 Beatrice does not want to do anything willing she wants Ryuzu first to ask her. That makes her feel special when someone asks her or beg her to help with something. Beatrice started to get along with Ryuzu, but she does not want to show it to Ryuzu. When the witch Echdina had business to attend to Beatrice, spend time with Ryuzu Meyer. One day Mathers visited the village looking for Echidna.

He told Ryuzu that he is not fond of being called by his surname; she can call him Roswal. At the present Subaru is surprised that Roswalla and Beatrice were in the Santuary. Ram comments that was the Roswal of several generations ago. But Beatrice has not changed; she is just like her past self. Garfiel comments that he is interested in witch Echidna. He said he knows that this is the witch of greed’s experimental facility.

Garfiel said he never heard the story of the witch, and Subaru comments he has met her. Garfiel replies that he met her at the Trial, but he was just settling scores. Ram asks Subaru if he has met the witch of greed, Barusu. Subaru replies yes. Shima reveals that Beatrice is an exceedingly common presence in Ryuzu’s Meyer’s memories. Subaru comments they Shima can continue with the story.

Subaru asks what happened that makes the Santuary seem to be peaceful on the surface. Shima said that the true existence of the Santuary came along with Emilia. Emilia is still unconscious, attempting a trial at her young age. Mother Fortuna protected her since she met a person who she was not supposed to meet. Bishop Corness got defeated inside the Trial. Fortuna and decided to battle with the witch to save Emilia.

Re: Zero-Starting Life in Another World Season 2 Part 2 Episode 44 Preview

You can also check the past life of Emilia when she tries to break the seal here: Re: Zero-Starting Life in Another World Season 2 Part 2 Episode 43.