Everybody loves power even if they say don’t, it is a lie because the world is run by power and money, at least, that is what is happening in The Devil is a Part-Timer. Satan and his general lose their powers and are forced to work as part-timers to earn a living alongside planning to conquer and rule the world. Today we will talk about The Devil is a Part-Timer! Season 2 Episode 5 Release Date. Demon King Satan was forced to flee to another realm with his Demon General, Alsiel, as Hero Emilia was about to put him to death. The twosome is shocked to discover they have lost nearly all of their magical powers and have also been changed into regular people, leaving them stuck in the faraway country of Japan.

As Japanese citizens, the Demon King, and his companions must now adapt to contemporary society as best, they can in order to survive while still plotting to take control of the nation. They do this by working a part-time job at a fast food restaurant. Will Japan ever achieve peace, though, with Hero Emilia and others following Satan’s trail to finally kill him? Will Satan be able to make japan his new kingdom? Will all of the japan kneel down in front of him? Guess only time will tell.

The Devil is a Part-Timer Season 2 Episode Recap

When Emilia asks Maou how long he plans to care for Alas Ramus while purchasing a hat at the theme park, he responds that he has no plans to go back to his army and that he still intends to command the remaining demons, which confounds her. A crescent on Alas Ramus’ forehead reappears when they are viewing a hero display, requiring them to leave. After Maou has left, a mystery woman with white hair enters, and she uses a ring to aid Alas Ramus to feel less agony. She advises Emilia to be cautious of “Gabriel” and pretends to be an ally, despite the fact that Emilia is dubious of her. When Maou returns, she is gone. 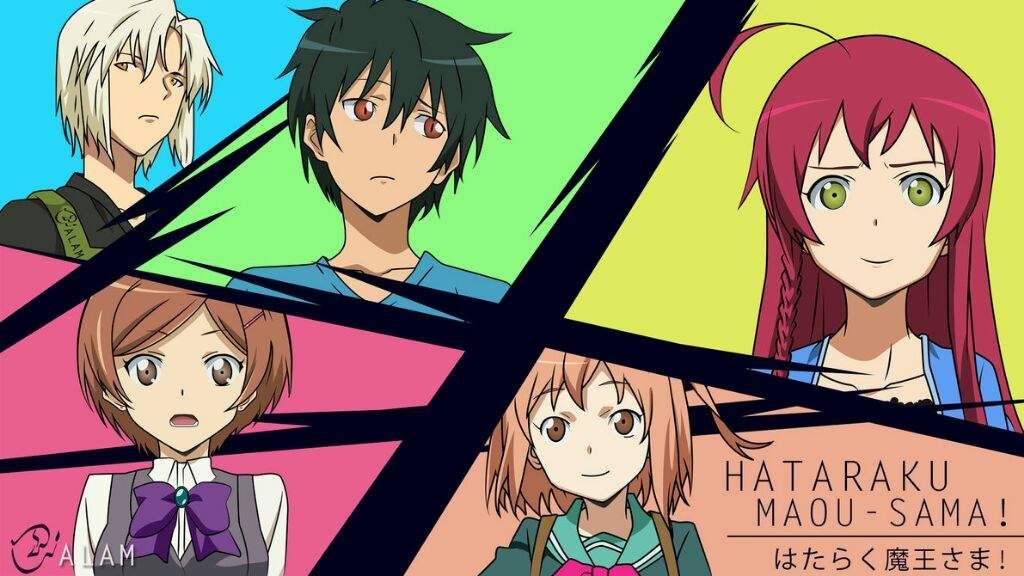 To confront him about the reality of Alas Ramus, Emilia escorts him onto the Ferris wheel. He adds that the white-haired woman is actually an angelic figure who told him about the human realm and gave him a crescent-shaped seed to take better care of; this seed was planted and grew into Alas Ramus, saving him from death because he was the first demon she had ever seen cry. He also understands that Alas Ramus is a resurrection of “Yesod,” a piece of the Tree of Life, in a different body.

Suzuki, Alciel, and Chiho lose track of the three while still pursuing them, with the previous two getting stuck on the Ferris wheel by themselves, startling Suzuki. Then, Bell and Urushihara call Maou and Emilia, saying they are on their way back with Alas Ramus and Emilia’s holy sword after being arrested by Gabriel and his army of angels. Gabriel uses his strength to completely destroy Maou until Chiho begs him to stop inconsolably. Gabriel grudgingly agrees to grant them till their return tomorrow.

Maou declares his determination to respond in some way after considering his options and invites Emilia to spend the night with them. Suzuki, Alciel, and Chiho lose track of the three while still pursuing them, with the former two getting stuck on the Ferris wheel by themselves, startling Suzuki. Then, Bell and Urushihara call Maou and Emilia, saying they are on their way back with Alas Ramus and Emilia’s holy sword after being imprisoned by Gabriel and his troop of angels. Gabriel uses his strength to completely destroy Maou until Chiho begs him to stop inconsolably. Gabriel grudgingly agrees to grant them till their return tomorrow. Maou, who is trying to figure out what to do, tells Emilia to remain at their house for the duration of the night. 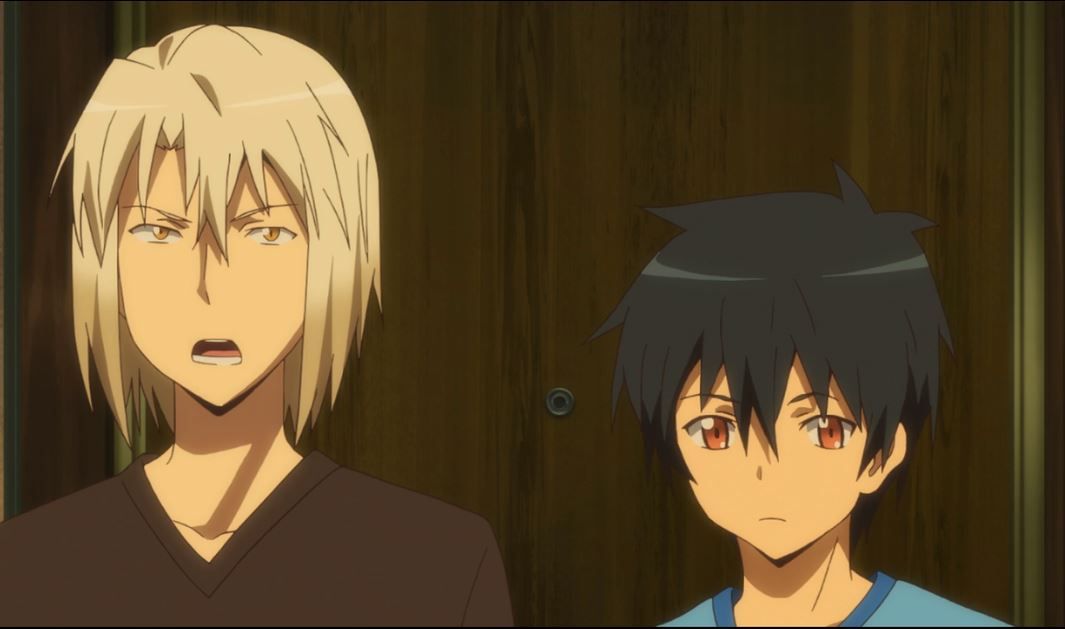 Emilia consents to spend the night with Maou and Alas Ramus after Bell informs the group about the Yesod’s function in the Tree of Life and the angels’ conviction that its loss will cause a disaster. Maou reads Alas Ramus, a bedtime story that is essentially a retelling of his origin narrative, in order to put her to sleep. Despite Emilia’s attempts to question “the character’s” intention to conquer another country despite being content in his role as king, Maou dismisses it as “simply a story.” The following morning, when Emilia awakens, Gabriel is still planning to steal Alas Ramus and Emilia’s sword and reveals that it includes a piece of the Yesod.

Also Read: Even so, Ayumu Draws Closer To The Endgame Episode 6 Release Date: What Does Ayumu Want From Urushi?

Gabriel retaliates after Maou begs him to let her stay. However, Ramus stands up for Maou, labeling all the gods as liars, energizing herself, and Emilia joins her in fighting Gabriel in the skies. Gabriel’s sword breaks Emilia’s sword during the struggle. As Alas Ramus questions Emilia if she will remain with Maou, to which she responds that she will, Maou shows up to try and assist. Ramus, thankfully, stops Maou from collapsing to his death before appearing to vanish from view. As Emilia changes, she overwhelms Gabriel to the point where he is forced to retreat reluctantly. 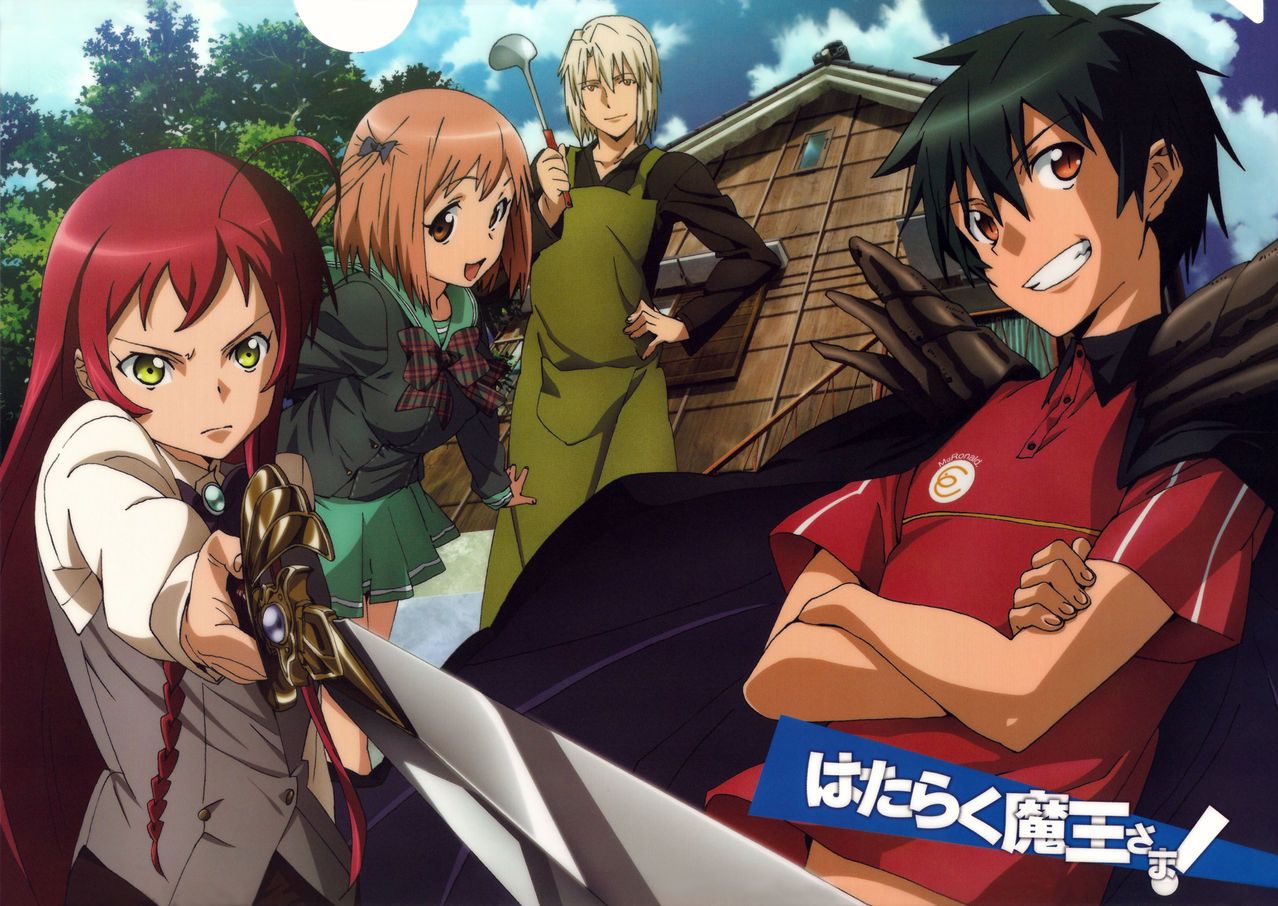 Everybody is convinced Alas Ramus has been abducted when she rejoins the group. Chiho learns from Emilia that during the conflict, Alas Ramus amalgamated with her holy sword and became inextricably tied to her. Emilia also revealed to Chiho how she tricked Maou into feeling the anguish of losing something significant. Emilia returns her to him, much to his delight, after realizing how distraught he is by her disappearance. Sarue advises Gabriel to look into Lailah, Emilia’s mother, who initially stole the Yesod, as she and Gabriel later argue about Gabriel’s failure.

The Devil is a Part-Timer! Season 2 Episode 5 Release Date

The Devil is a Part-Timer! Season 2 Episode 5 Streaming Details

You can stream all the episodes of The Devil is a Part-Timer season 1 and season 2 released episodes on Muse Asia. It is the official streaming partner of this and many other such amazing animes.