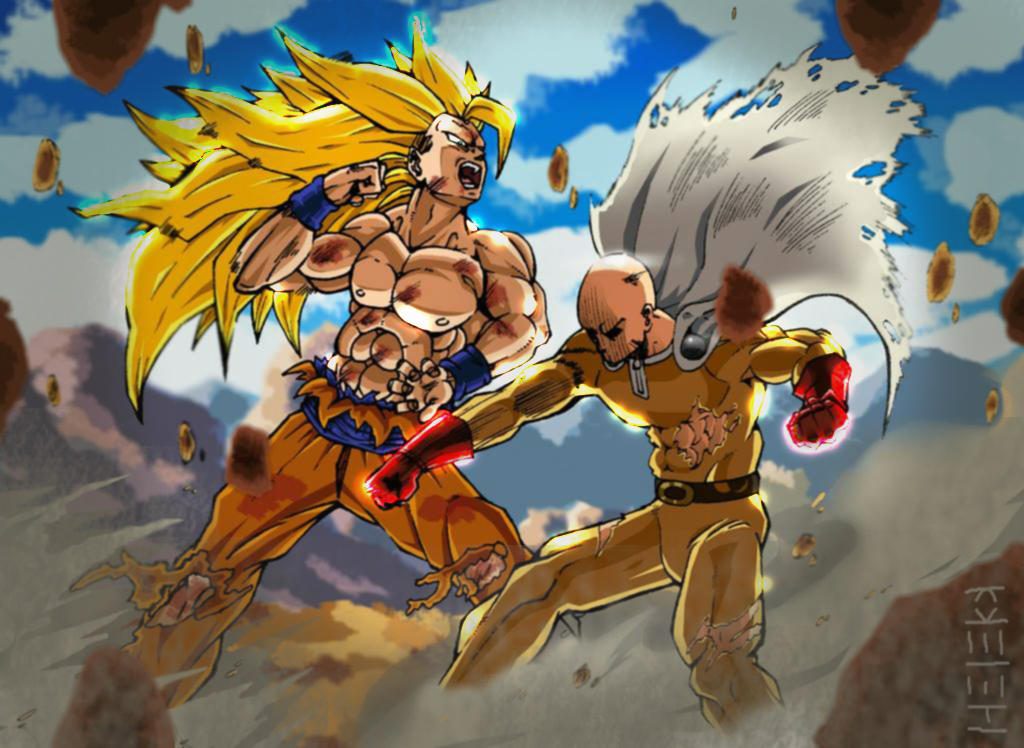 Reasons Why Saitama is Stronger than Goku

Japanese animes have graced the world with countless highly unrealistically overpowered characters who do not conform to the laws of physics at all. They are beings capable of destroying planets by themselves. And even though they’re simply unrealistic with their ridiculously overpowered abilities, that’s just what we love about them. The feeling of knowing that even if they struggle on their way, our hero will ultimately rise to the occasion and prove his might once again in front of the impending doom will always give the fans a rush.

Although there are countless new and old characters who are simply overpowered in their respective fictional universes, Saitama from the One Punch Man anime and Goku from the Dragon Ball Z universes are arguably two of the most famous ones. What if these two insanely overpowerful characters fight each other? We have reasons to believe that Saitama will come out on top. And before you break the screen in half, just listen to our reasons.

How Powerful is Goku?

Raised on Earth by Grandpa Gohan, Son Goku or Goku is part of the extraterrestrial race known as the Saiyans, who constantly strives to become the strongest beings in the Universe. Goku’s birth name given by his real parents was Kakarot. He is the main protagonist of the Dragon Ball series.

An interesting fact about the character is that the creator of the manga Akira Toriyama actually based Goku on the legendary Monkey King of the West, Son Wukong. He was the main character of the classic Chinese novel Journey to the West. Now let’s talk about how powerful he is. 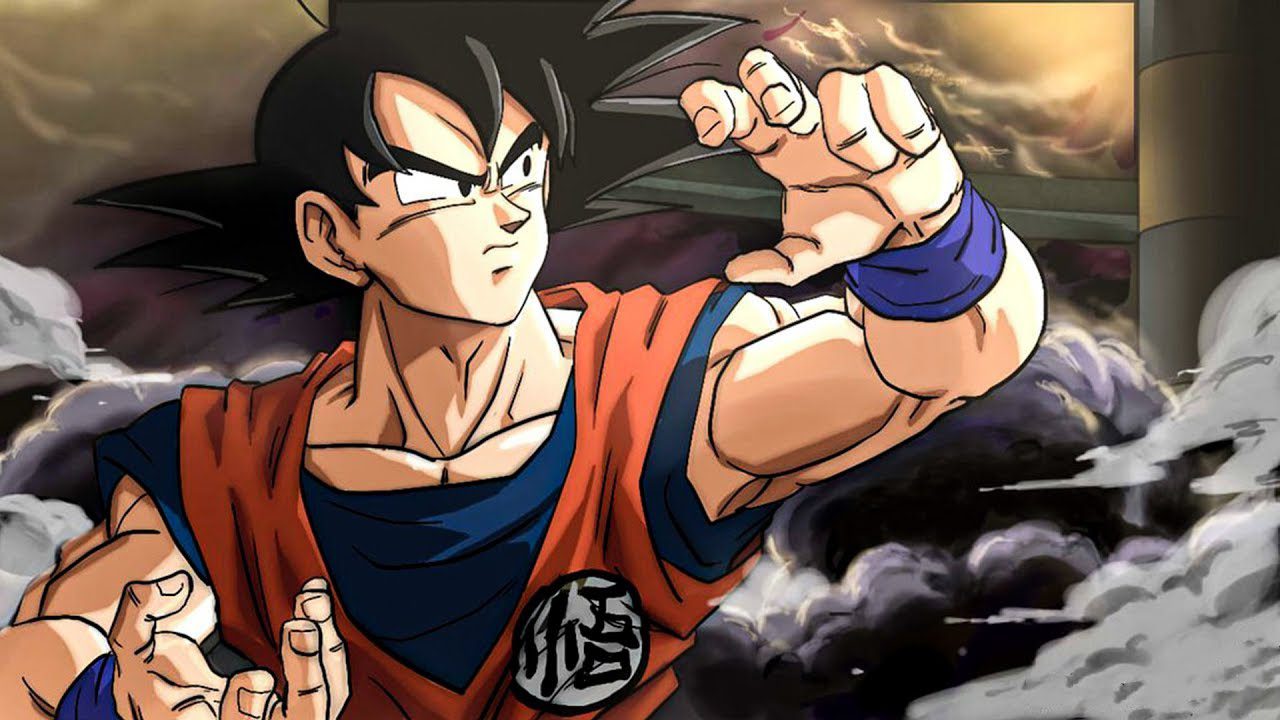 Goku in His Base Form

Goku, at his base state, is pretty powerful with superhuman strength, agility, and durability. Even when he was just 12 years old, he took a bullet to the face and came out without even a bruise. So he is that strong without any power-ups. Imagine further evolving from that state to truly unimaginable strengths because that’s what Goku went through. And it’s not like he evolved into 1 or 2 powerful forms, he’s evolved to at least 21 forms, each more powerful than the other.

Some of his most powerful forms would be Super Saiyan, Super Saiyan God, Super Saiyan, and the Ultra Instinct form. In the fight against Frieza on the planet Namek, Goku achieved the legendary Super Saiyan form for the first time as he mourned for Krillin, who was killed by Frieza. It was one of the most iconic forms in the history of Dragon Ball.

Even in its unrefined form, the Super Saiyan state is said to amplify Goku’s base form by 100 times. Over time, there have been multiple derivatives of this form, such as Super Saiyan Third Grade, Super Saiyan Second Grade, Full Power Super Saiyan, etc.

Goku achieved Super Saiyan God during his fight with Beerus, the God of Destruction. God was added to the form’s name because this state imbued Godly Ki onto Goku, surpassing the already insanely powerful Super Saiyan 3 form. The Godly Ki gave him the strength and powers to fight even the godly beings. 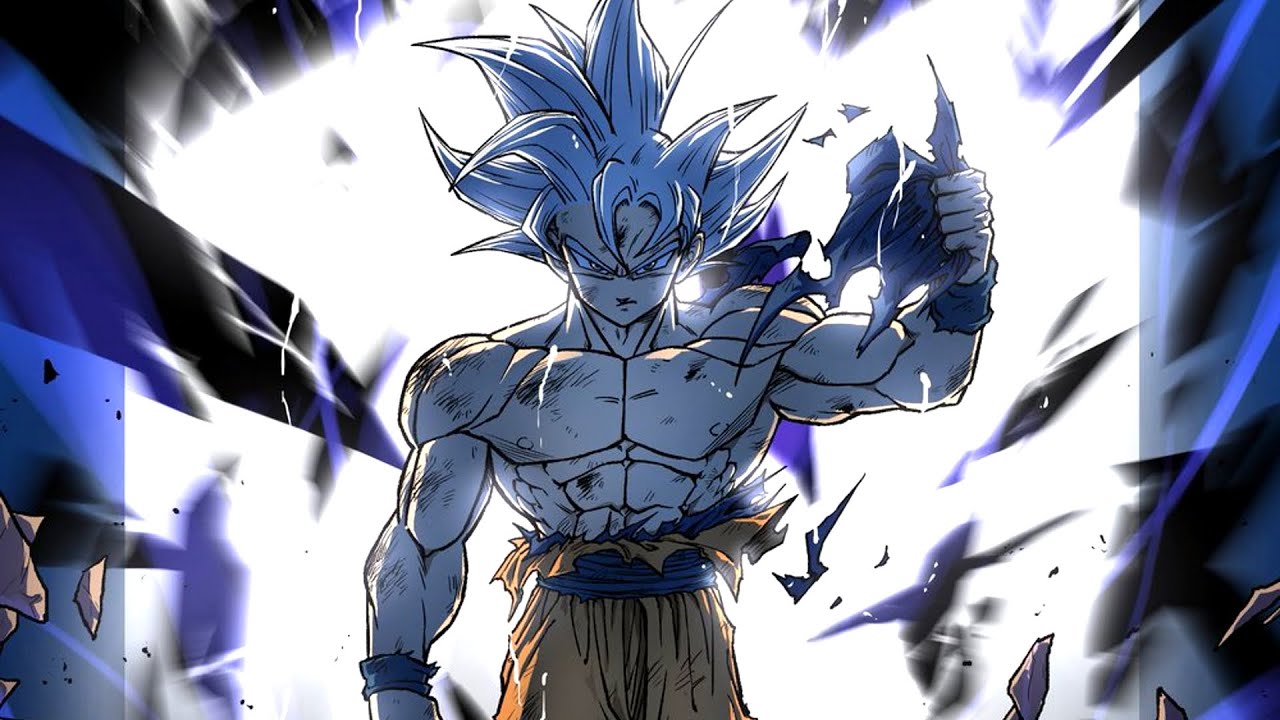 Goku was first able to unlock the Ultra Instinct state, and although it was unrefined, it was powerful enough to force the mighty Jiren to go on the defensive and defeated Kefla in her Legendary Super Saiyan form during the Tournament of Power Arc. Even in this unrefined state, Ultra Instinct makes Goku 4000 times stronger than his base form.

Finally, his most powerful form so far is the Mastered Ultra Instinct form which is a whopping 500 trillion times stronger than his base power. So saying that Goku is the stronger being in his verse is no joke but a fact.

How Powerful is Saitama?

In a world filled with superheroes and supervillains, Saitama is arguably the strongest being to exist in the universe. He is so powerful that he can literally obliterate any foe with a single punch. Hence the title ‘One Punch Man’.

Saitama virtually doesn’t have any real threats, and he is bored of life as there is no one to challenge him. He often faces existential crises as he is now too powerful to enjoy the thrills of battles.

Although he vanquishes many of the threats to humanity really easily, he is not at all given credit for his efforts as he doesn’t show up as the savior. Most of the time, he confronts and destroys these villains as they pose an inconvenience in his life. For most of the series, he doesn’t even join the Hero Association, which pays and celebrates superheroes and gives them Hero identifications. It’s only after some time that he joins the Association as a B-Class hero. His home is located in Z-City, which is infamous for brimming with monsters, yet he lives there without giving it another thought.

Saitama is arguably the strongest, fastest, agile, and most durable being in the One Punch Man Universe. So far, there hasn’t been a single being in the universe who could stand on the same ground as Saitama.

Boros, an extraterrestrial being, was himself an unparalleled being in every aspect, and through his interaction with a seer, he learned of a being capable of standing tall against him on the planet Earth. He set out to find Earth and traveled 20 years to get there. His dreams were achieved as he got the chance to fight against Saitama. Although Boros was defeated, this was the first time where Saitama could fight without holding back, and this was an exhilarating experience for him.

Due to the unavailability of a worthy opponent, Saitama hadn’t evolved for the longest time. But he got his wish during his fight with the Hero Hunter Garou. 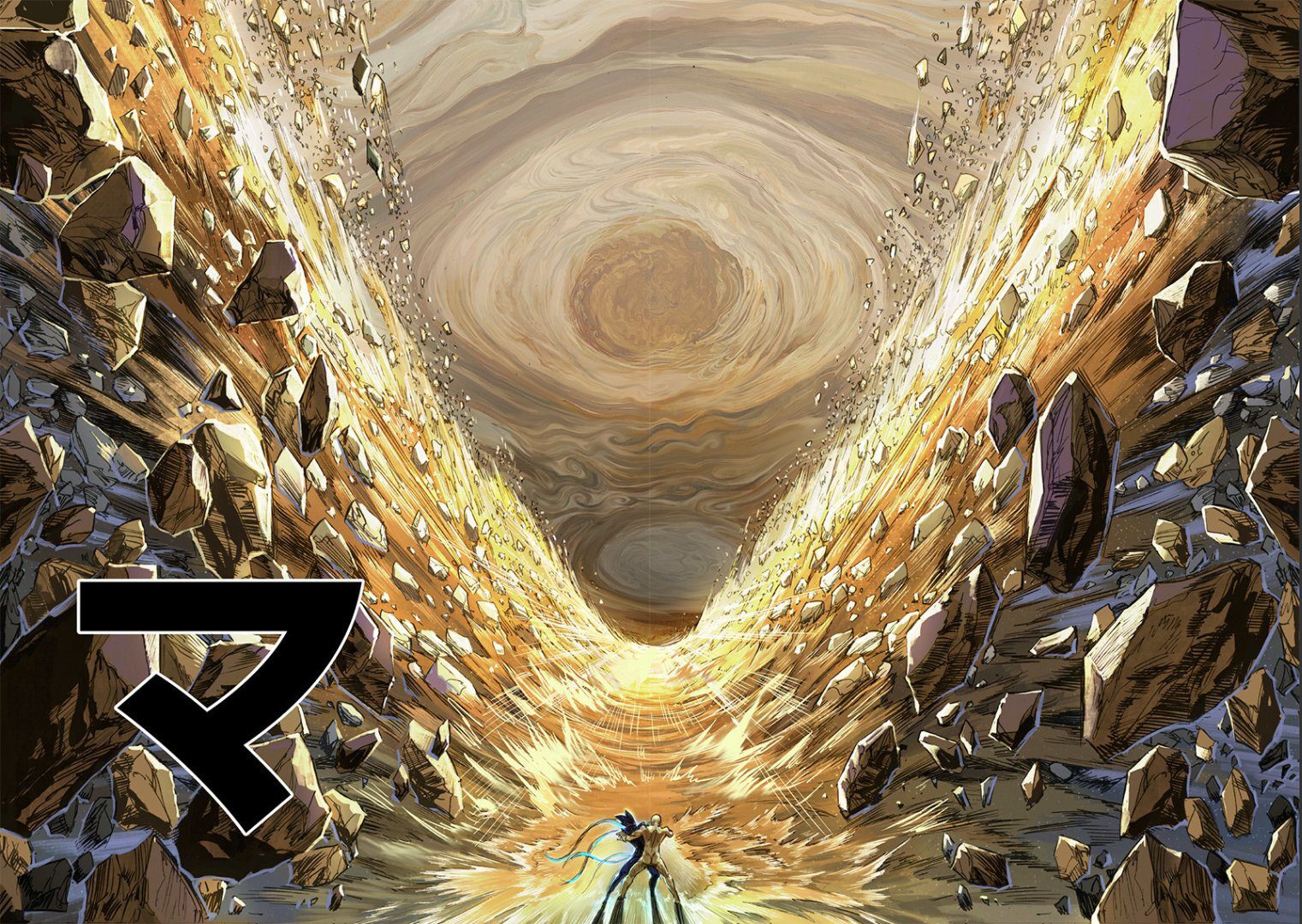 Saitama vs Garou on Jupiter’s Moon

When an evolved Garou ripped off the core inside Genos that kept him alive, the usually carefree Saitama literally blew up. He surpassed his already overwhelming limits to the point that it was just ridiculous. He literally destroyed the planet Jupiter with just a sneeze and was even able to time travel, and also defeated the overpowerful Garou, who had achieved godly evolution.

Hence Saitama is definitely the strongest and most powerful character in the One Punch Man-verse.

Reasons Why Saitama is Stronger than Goku

Saitama and Goku are both from entirely different Universes that are different in the most basic sense. They will probably never get a chance to be in the same universes ever. But that does not mean the fans won’t theorize about it.

Personally, I believe Saitama would be stronger than Goku, and I have my reasons.

First of all, Saitama for the longest time in the manga doesn’t have a fitting opponent, and hence he hasn’t had a chance to get more powerful with stronger opponents. Even in that state, he is portrayed to be the strongest being in his universe. It was only when he was faced with a challenge like the Evolved Garou he could evolve into a mightier being. Saitama Punching Through an Asteroid

Goku, on the other hand, was always able to get more and more powerful as he constantly faced beings powerful than him. So, hypothetically if Saitama faces Goku, he’ll probably evolve into a higher being and increase his power tremendously. This will definitely give him a better chance at defeating Goku.

Secondly, we still haven’t seen the limits of Saitama’s powers. Partly because of the first reason, we still haven’t witnessed the zenith of his powers. Even in the fight against the Evolved Garou, he only surpassed his normal limits to a bit more, and with that, he could defeat Garou, who had no other worthy opponent on earth.

Although he constantly pushes himself further than his limits and achieves higher forms, Goku’s utmost strength is shown on several occasions. And although it is ridiculously high, we can’t really judge him to be the stronger without witnessing Saitama’s full power.

As much as we would like this fight to happen, that will probably never happen, at least not by the official creators. But in a hypothetical sense, Saitama may have the upper hand.