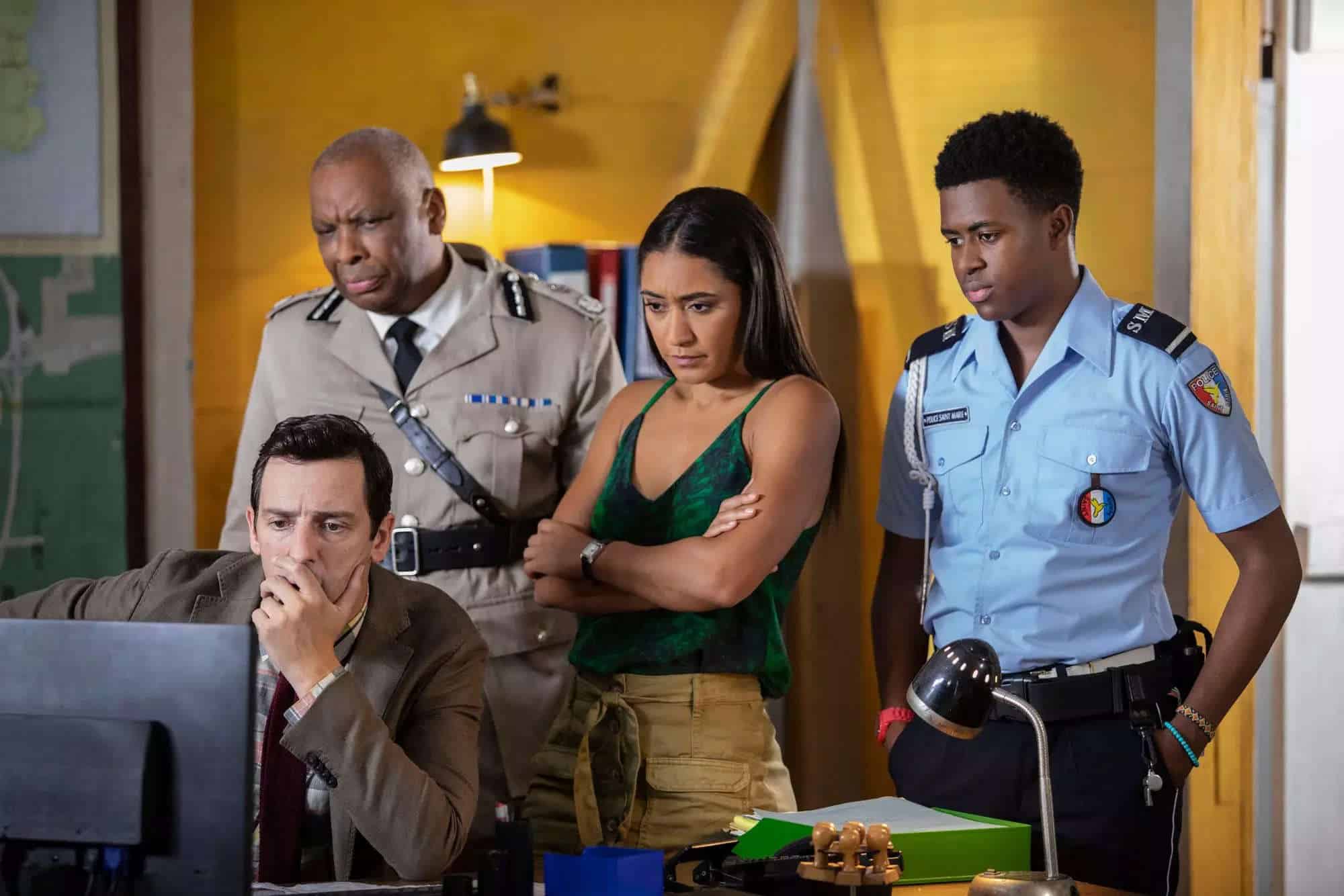 Death in Paradise Season 12 Episode 4 is almost here. The series throws light on a crime drama series that also excels in the comedy genre. Robert Thorogood created the series, and it originated in Britain and France.

It throws light on Richard Poole, the detective in the lead. He is initially from Britain in London, although his work required him to go over to France to the fictional town of Saint Marie. Here, his life completely changes when he tries to investigate the murder of a British citizen.

After the case is closed, Richard finds his life itself because his authorities order him to replace the victim and then stay on the island as a detective. It makes for a lot of funny moments in the show, much like Emily in Paris, as the lead does not actually belong to France and feels like a fish out of water.

But a grave tragedy happens as Poole is murdered. His place is taken by another detective from London named Humphrey Goodman. He soon gets replaced as well by DI Jack Mooney. The current detective in the lead of the force is DI Neville Parker. Even though he initially hated being on the island, he later established his new life again there. 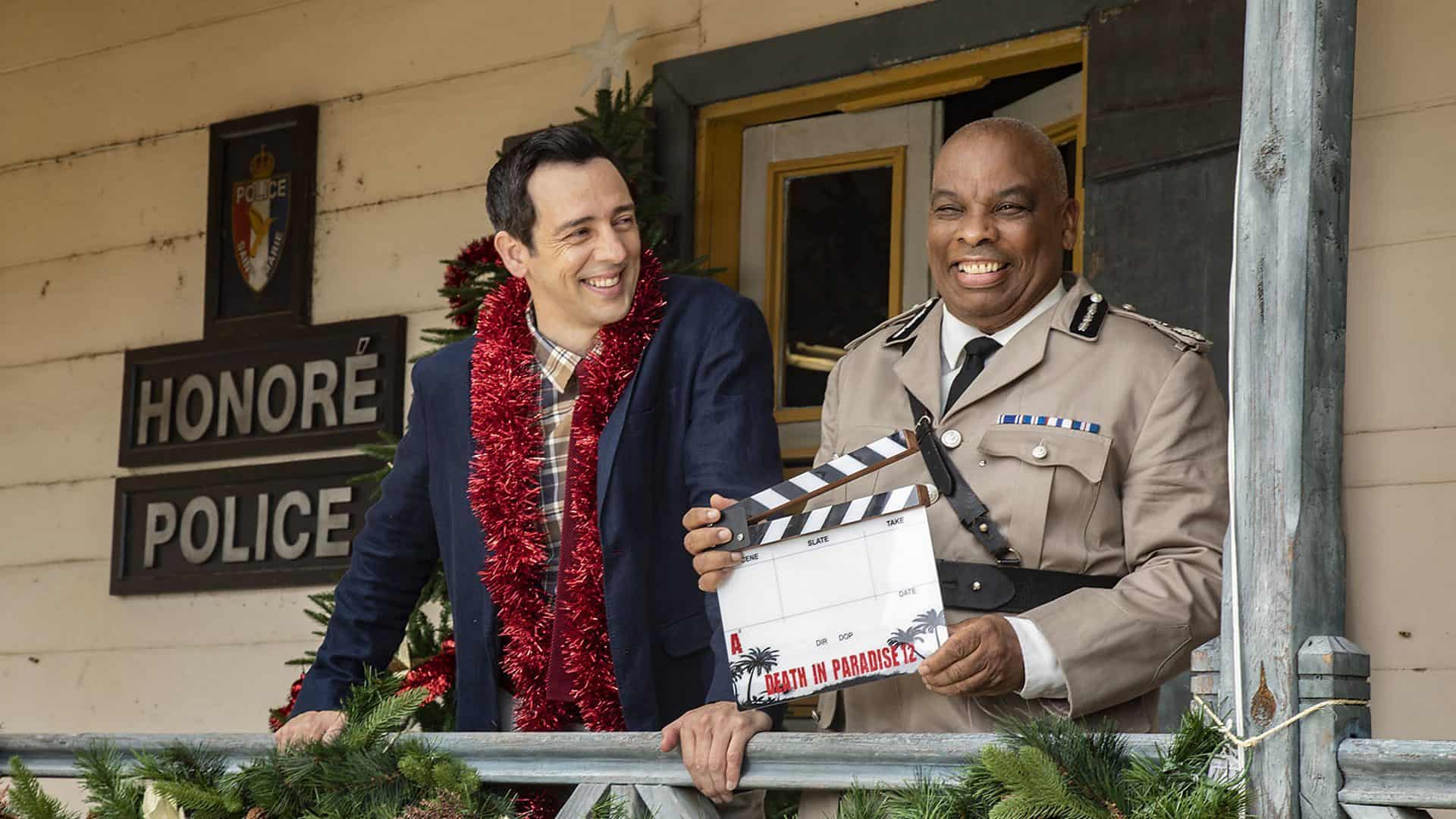 A still from Death in Paradise Season 12

Back in the 2nd episode of the season, we saw that a local man who is also involved in the preppers had been killed inside a locked bunker by poisoning. Initially, the death of Kit Martin, the victim, is ruled out as suicide because the bunker was closed from the inside, and even the cameras do not show anyone entering inside except for the police when they were informed later.

On the other hand, we see that Raya is trying to dig up the grave of Luna Jones. She shot her accidentally and murdered her in the process. As for Neville Parker, in this season as well, we see him dating Sophie, but it might be very hazardous for him. For example, he just got a jet ski accident under his belt now.

Later in the episode, the murderer is revealed. It turned out to be Charlie Banks, who actually slipped down the poison Cyanide in his coffee. The clip was not visible to us because everything happened in a corner at a blind spot.

Later, even Raya is charged with the murder of Luna. As for Marlon Pryce, he wants to give the exam for Seargent’s post. Although, he is discouraged by the Commissioner because he thinks that Marlon is too young for the job. A still from Death in Paradise Season 12

Despite the criticism, he decides to go through with the same. From the bottom of his heart, he has the motivation from DS Naomi Thomas, who said that Marlin just might be the wild card entry the force needed. By the end of the episode, we all got a little teary-eyed when Parker said his share of farewell to Sophie. At the same time, Justin West was watching the duo pour their heart out.

Death in Paradise Season 12 Episode 4 release date is on the 27th of January 2023. The episode will drop out on BBC One at 9 PM British Standard Time. New episodes of the drama show are supposed to release every week on the channel at the same time on Fridays.

How to Watch Death in Paradise Season 12 Episode 4?

The best way to watch Death in Paradise Season 12 Episode 4 is through BBC One. We have mentioned the broadcast details for all the fans to tally from. You all can check that out before tuning in to the channel to watch the latest entries. Other than that, fans who do not have cable cords at home will be able to watch through BBC iPlayer. The streaming service lists all the latest entries of the show.