KFC is Releasing The Weirdest Gaming Console, Is it even real? 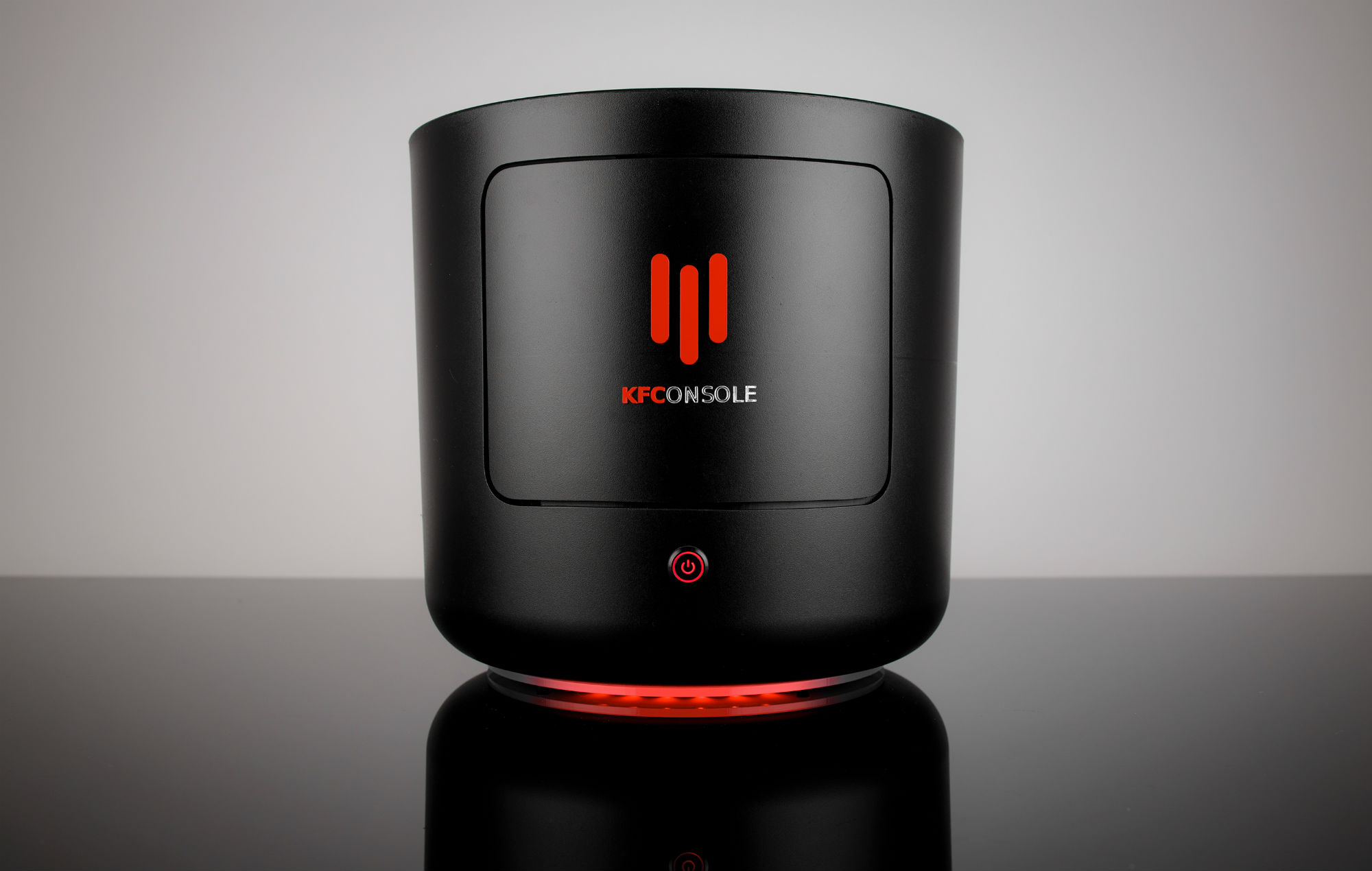 We’ve known for quite some time now that KFC was going to release a gaming console. The thing we didn’t know was that they were 100% serious. The fast-food chain is actually releasing a working gaming console, and no, it doesn’t come with chicken. It’s called KFConsole! The system is going to cost around 2000 US Dollars or maybe even more. But with the whole thing being in collaboration with PC giant Cooler Master, and the system is heavily customizable, we can expect the cost to go up very much. When KFC started, another branch for themselves called KFC Gaming, everyone was taken back. The stuff they started releasing was bizarre but actually fun. But this one is on another level, and this tops the list of weirdest gadgets of 2020.

To start off, KFC, a restaurant known for serving us some of the best ‘fried chicken’ in the world, releasing a gaming console was weird, but that’s not the weirdest part. The console has an option to keep your chicken or other foods warm as you play it. Yes, what you read is correct and true. Even we took a little time to process that information.

We’ll get back to the microwave part of the console a little later. First, let’s look at the specs of the glorious invention. The specifications are so much greater than what we even imagined; first, when we heard such a thing, no one even thought this was real. After that, it was actually verified that such a thing was coming out, but then we thought it’s a troll. It would probably have the same specifications as a PS1. 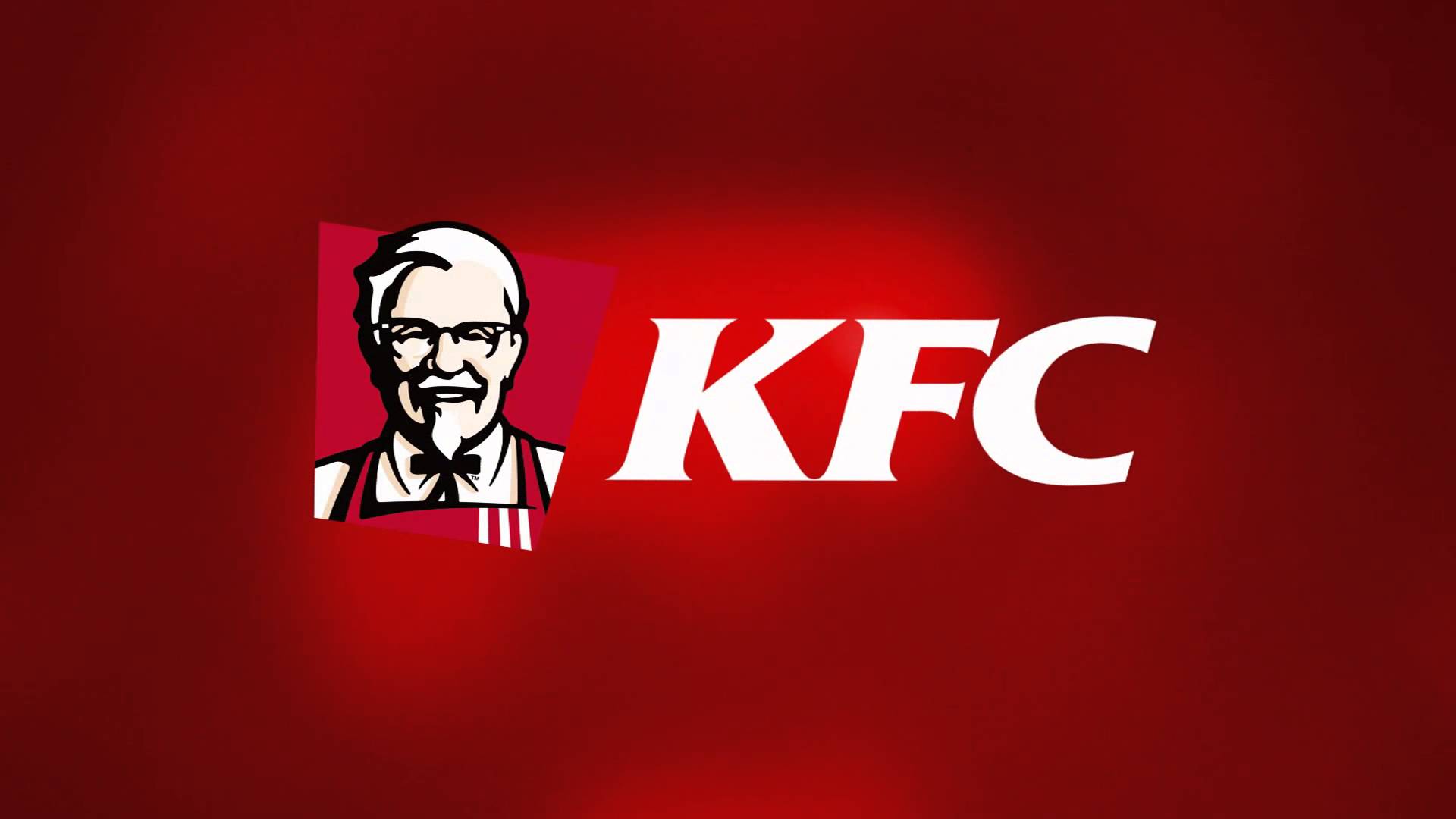 Everyone was blown away when the actual specifications were released. This bizarre contraption is being built with a company that has been legendary when it comes to PC making, Cooler Master. Just from that information, we can guarantee this is no joke, this company has a reputation for being one of the greats when it comes to the gaming community, so when something is attached to their name, it’s confirmed that it’s going to be something amazing.

Read: 5 Upcoming Highly Anticipated Games That Are A Must Try

Okay, the next big fact about the console is that it supports 4K gameplay, running games at 240fps. This is something that isn’t even that easily available on the current-gen consoles! 4K gaming quality on supported devices and 240 fps are 2 words you would never have associated with KFC! Anyone and everyone from the gaming community knows how much of a great spec that is. When they first advertised KFConsole, they said it was the one who was going to stop the console wars back then. We couldn’t hold back our laughter on hearing such a thing. Right now, after looking at the specifications, we actually think they meant it.

The console also supports ray-tracing, which is somewhat of the newest technological upgrade to gaming and is only seen in very few games. One of the most notable examples of a game that supports ray tracing is Spiderman Miles Morales. Now a console by a restaurant that supports ray tracing is just mind-blowing. The GPU is actually swappable, which confirms that the whole console can actually be customized and upgraded to our liking. It seems like this is more of a custom PC than a console, with Cooler Master being one of the guys behind the helm of the whole project; this doesn’t come as a surprise. 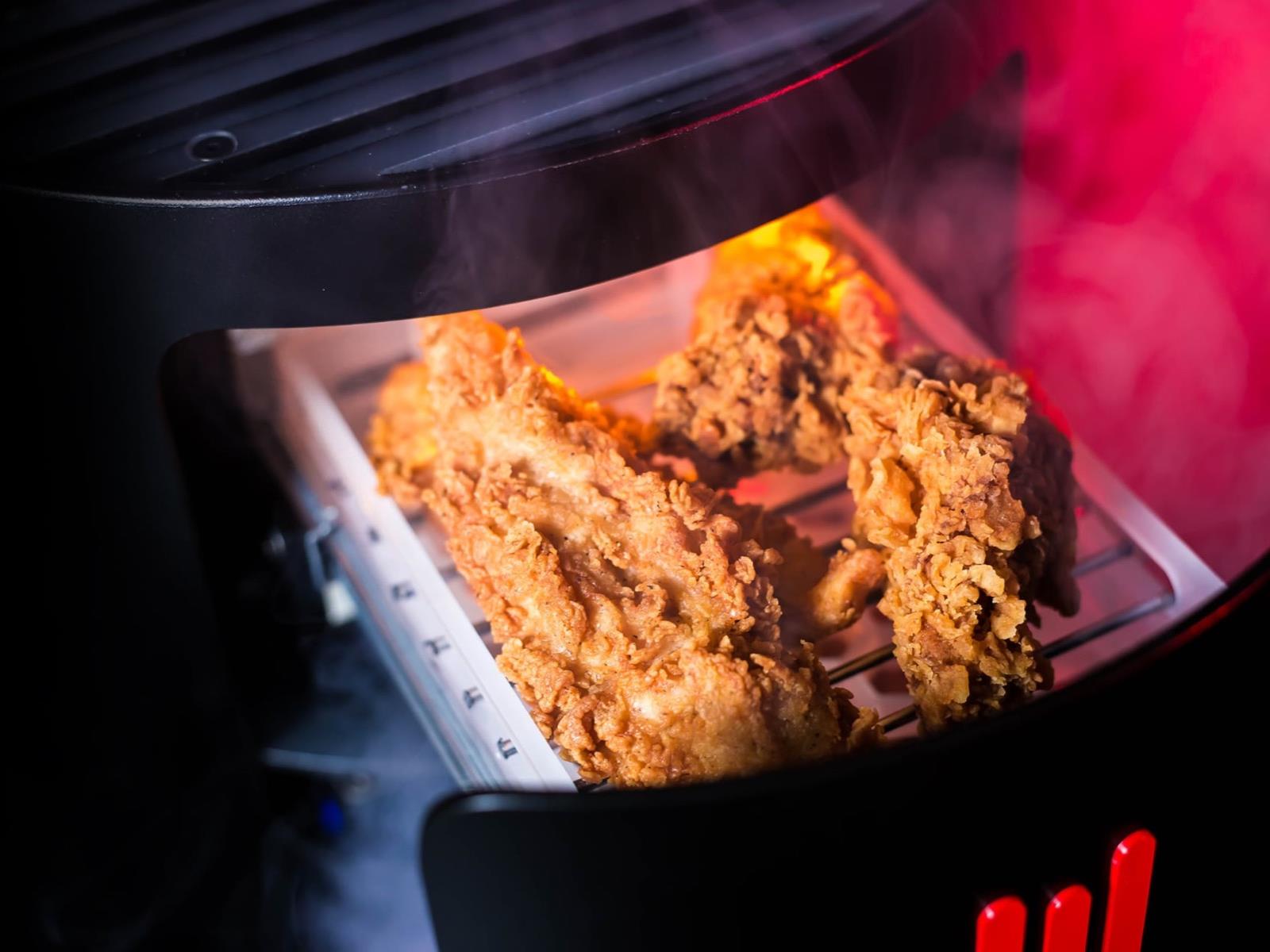 The KFConsole runs on an Intel Core i9-9980 HK processor, housed in an Intel Nuc 9 Extreme Compute Element. The storage system or SSD on the new current-gen consoles boast cutting edge speeds and loading times during gaming. This console may not have that, but the size of the storage is almost 3 times that of the other consoles. Okay, now to the crispy part (no pun intended). The console houses a chamber on top that can be used to keep your food warm while gaming. Your food can be kept inside your gaming console! How is this even possible? Does it even work?

Well, we can’t say if it works or not unless we get our hands on it, but this is achieved by directing all of the cooling fans towards the chamber. All of the hot air made from the system running is directed towards your food, thereby keeping it warm. Read more about it on their official website.

Also Read: Games That Got Us Through 2020 – Gaming Recommendations