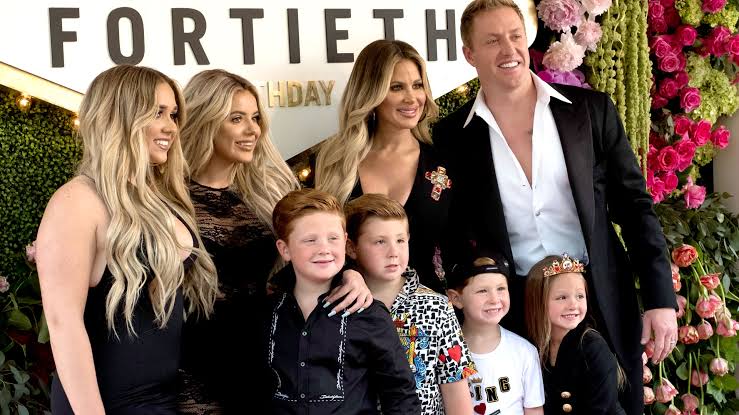 Don’t Be Tardy Season 8 Release Date, Plot, Cast And All You Need To Know

Produced by Bravo TV, Don’t Be Tardy is one of the best dramatic reality tv shows. Don’t Be Tardy For The Wedding was the original name given to this show, which was later reduced to Don’t Be Tardy. This show was first launched on Bravo TV on 26th April 2012.

Cast of Don’t Be Tardy

The lead of the show is played by Kim Zolciak Biermann. Don’t Be Tardy revolves around the life of Kim Zolciak. Kim is quite famous on American reality TV shows and is also known for her previous shows like The Real Housewives Of Atlanta, which also aired on Bravo. Apart from performing reality shows, she is also a good singer and has appeared on Dancing With Stars Season 21.

A former footballer, Kroy Biermann, played for Buffalo Bills and Atlanta Falcons. Presently, Kroy is heartily married to Kim. Born and raised in Montana, Kroy obtained his education in Hardin. He met Kim for the first time in Dancing Stars of Atlanta, as he was also a part of it. Their first son Kroy Jagger was born on 31st May 2011.

Ariana and Brielle are two daughters from Kim’s past relationship with her ex-husband. His names are Daniel Toce. She met Kroy Biermann and married him in Georgia when he was a football player in 2011. The couple has four kids named KashKade, Kaia Rose, Kane Ren, and Kroy Jagger.

This family reality show revolves around the life of Kim Zolciak, who is a housewife. She has six children, two of whom are from her past relationship. The plot changes dramatically when Kim Zolciak gets married again. It also helped the family grow bigger with four more kids. Usually, Kim is the one who takes care of the family. Every the family returns with a new vision, and deal with the hardships and challenges of a family. Kim’s kids also engage a lot in the show, which is liked by the viewers.

Don’t Be Tardy Season 8 trailer is still not available. Here is the trailer of Season 7.

Don’t Be Tardy Season 8 Release Date: When will it premiere?

Don’t Be Tardy Season 8 will be released in November 2020. This is an expected release date, we will update you with the official release date once it is confirmed.

Before the release of Season 7, Kim was caught in a controversy. A three-part RHOA reunion was released as a part of Season 10. The viewers were upset about a comment. Kim, in an interview, said that racism never existed in the past, which made the audience upset. Some viewers also wanted her to be removed from Bravo TV. This was the time when Kim also stopped filming for a while.