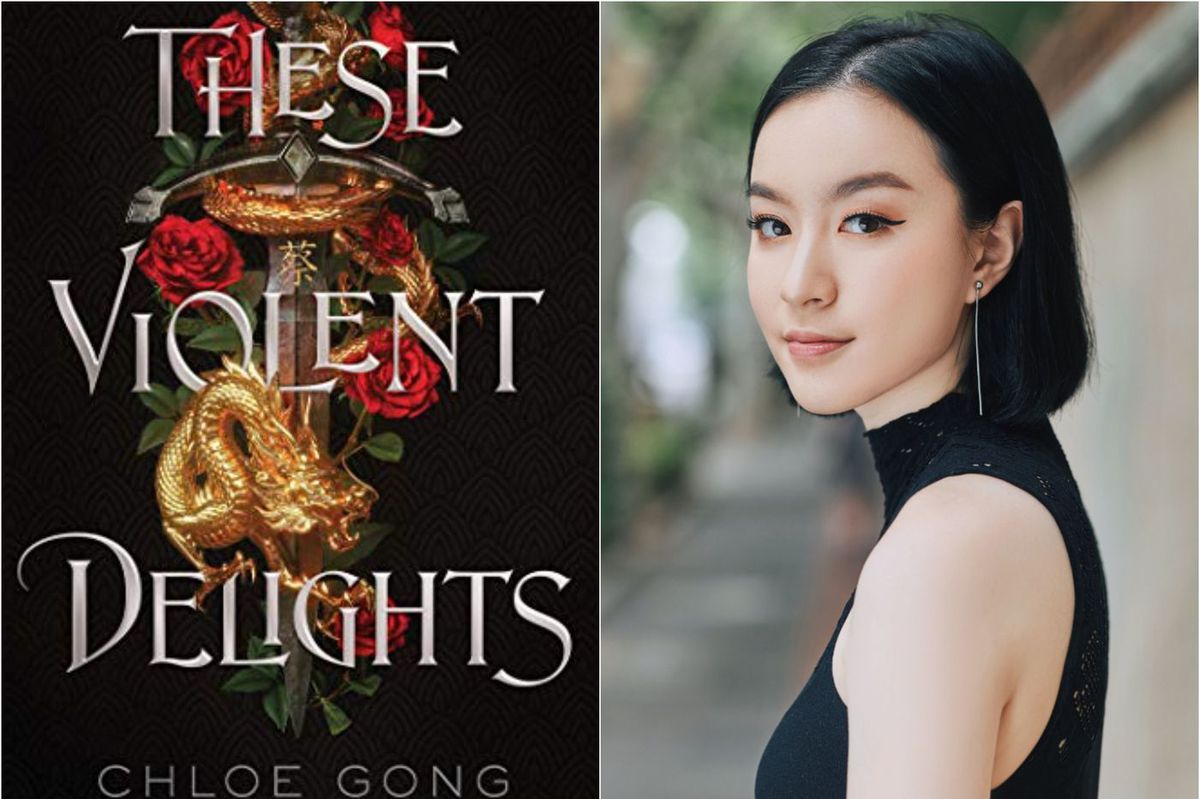 As a reader, I have never, not even once in my life, regretted being a part of the bookish community. Not even when the readers go on and on about a famous series that I loathe passionately. Certainly not even when I read bad reviews or read their threads on Twitter about why my favorite series is problematic or boring, I simply look the other way. If I can’t see it, it won’t affect my love for these characters and stories, that’s what I believe. But, like there’s a first time for everything, this is a tale about the first time I ever regretted being a part of this crazy yet loving bookish community.

If you are a “reader”, like me, which means a crazy, obsessed reader with TBR pile so long that if they are stacked together, you won’t be able to look at the Empire State Building, yet always saying the same thing to any book recommendation you get, “it’s been on my TBR for so long”, if you are a reader like me who spends a good amount of time obsessing over fictional characters, new books, and hardcovers and counting how much they can spend on books before they go broke and have a secret Bookstagram so nobody can know it’s you.

If you are in any way like me, then I am sure, and I can bet my most prized possession, [the gorgeous deluxe edition hardcover of Six of Crows that I own], that you must have heard or seen this book at least once in your life. The book that I am talking about is These Violent Delights, written by Miss Chloe Gong, who will now be paying for my therapy. 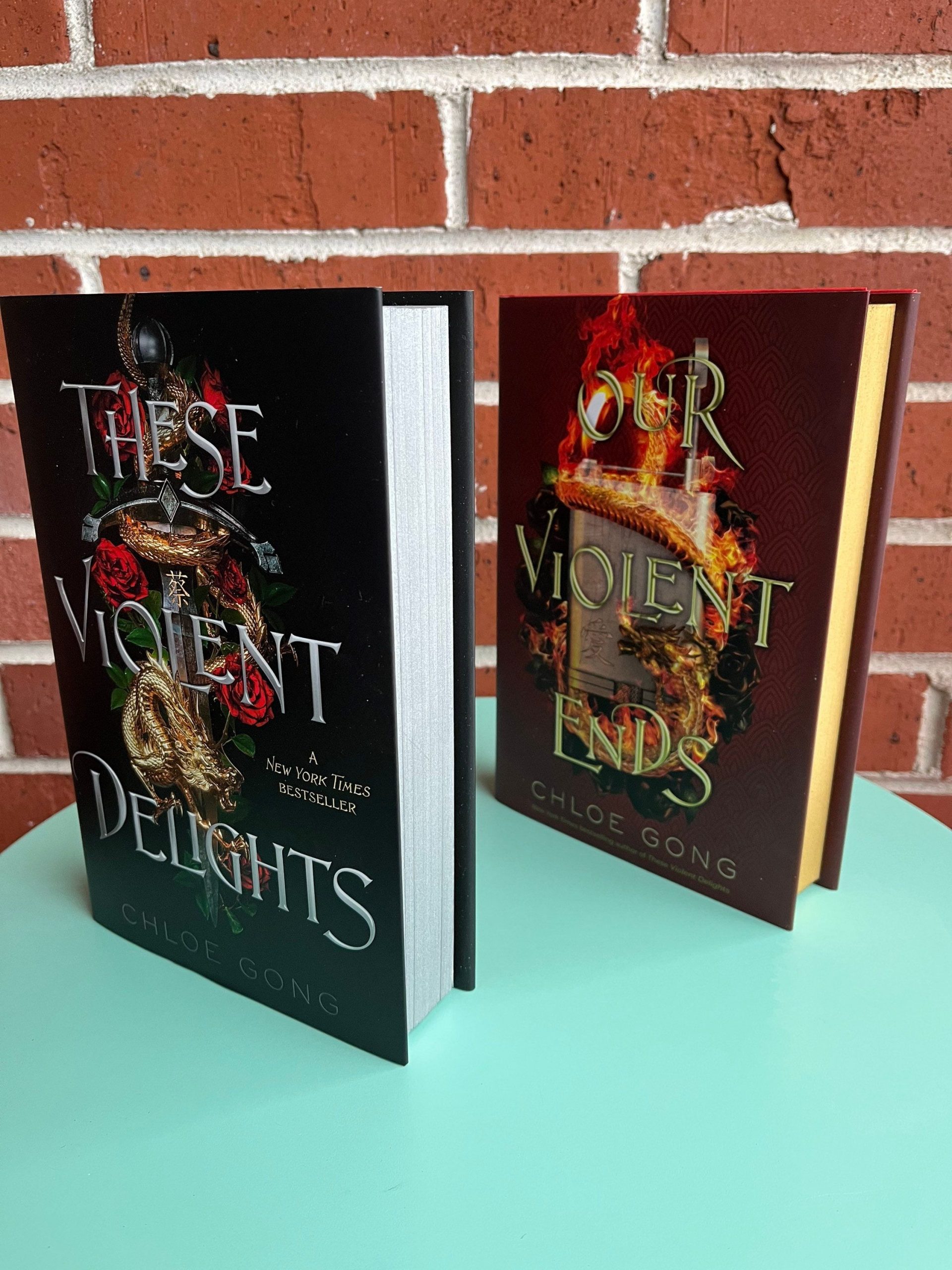 About These Violent Delights & Our Violent Ends

The book These Violent Delights was released in 2020. It has been on my TBR since then, and I finally read it this week to finish it before the third book set in this universe comes out. Chloe Gong is merely 23 years old, yet she has readers all across the globe wrapped around her pinkie. Her book These Violent Delights was written in May 2018, just after her freshman year of college.

These books, These Violent Delights and Our Violent Ends are a part of a duology called These Violent Delights. Chloe Gong, the author, takes us to the 1920s set in Shanghai. The book follows a group of teenagers living in Shanghai, a city that is torn between two criminal groups, Scarlett Gang and White Flowers. The main characters and the heir to the respective gangs are Juliette Cai and Roma Montagov.

Juliette has just returned to her country after being sent off to the States for four years. She is ready to take on her role as the fierce heir, but she’s not ready to face Roma, her first love and first betrayal. But when a monster is sighted in their city, both of them are forced to work together. The second book, Our Violent Ends, follows the events that take place following the end of the first book. Juliette and Roma are back to being enemies who are forced to cooperate again. They fight the monster again, but this time there are several things happening all at once. 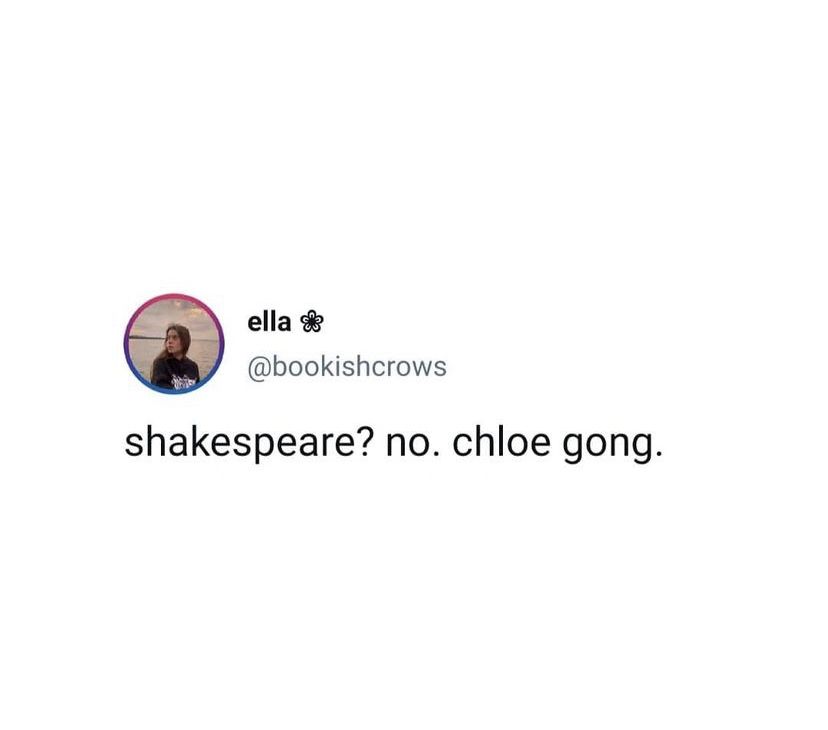 The first book was going rather well until I read the end, which was quite intriguing and an appropriate way to keep the readers hooked to the story. However, it was the ending of the second book which caused me a severe mental breakdown, which means I cried for over thirty minutes at 3 am in the morning. As a reader who has read over 450 books, that’s the longest I have ever cried over a book. I was not fine at all.

One thing that I had heard about the book was that it was a Romeo and Juliet retelling. Since it was being promoted using this phrase, it had been all over the internet. Now, it’s foolish and obvious that I didn’t know how it would end. In my defense, these were fantasy books written by an author, and I had hoped we would get the much-deserved and long-awaited HEA like every normal book. My mistake, I was expecting too much, or rather, I was a fool to expect HEA when it was a retelling. If you didn’t get my point already, I would say you are just as clueless as me, and it will be harder for you too. You must keep your reader friend on speed dial because you will need them.

I have never met an author who I wanted to talk to so badly, to ask her “WHY?” I want answers to my questions, and Miss Chloe has some severe damage control to do before we meet. I absolutely loved the book. It was written beautifully, with every chapter drafted so perfectly that it left me wondering what would happen next. Fantasy books can be hard to read if there’s nothing keeping the readers hooked which was executed brilliantly in these books. The main characters felt so real: their past, the tension in their present relationship, the struggles they were facing related to their gangs, and their love for Shanghai and its inhabitants; the side characters were absolutely lovable, and their stories made it hard to dislike any of them.

Yes, even Rosalind was lovable, but I have not made a final decision on her yet. Apart from these, the plot felt a lot like what the world was going through when the pandemic hit us back in 2020. To me, it felt like these characters were facing the same issues as us, but their world had a different and creative monster.

The books were really good, and it might be a perfect read if you love enemies-to-lovers trope or fantasy in general. Also, I’d like to add that there was no boring info-dumping like other fantasy books do, which is a plus point. Warning to my fellow readers: the book might cause severe emotional damage, can lead to a broken heart and intense sobbing, and might also force a reader to finally land up in that much-needed therapy session. But, the books certainly live up to the hype. They will have you glued to your spot, pacing your room as you try to read as fast as you can. 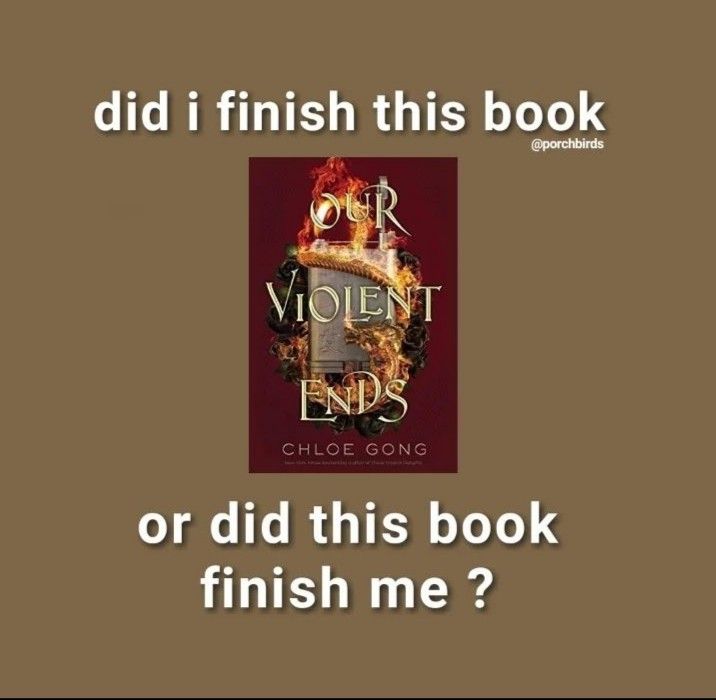 In case you haven’t noticed, I love books. I am always open to books that will make me feel something that has the power to change me or makes me question things, which is to say I am open to any kind of book. But, the worst mistake of my life was going into this book based just on the genre and the hype. I don’t regret reading this book; I am just being a dramatic reader as we are known to be.

All the edits and Twitter posts and the quotes I found on Bookstagram, I definitely wouldn’t have minded a warning attached to those things, but what’s done is done. Chloe Gong poured her heart out into these books, and she really knows what she’s doing. Now, Miss Chloe must also add paying for my broken heart along with other millions of readers on her to-do list next to the sequel she’s writing.

I rated both the book four on Goodreads, reducing a star for all the stress and tears they caused me. Now, I swore I wouldn’t be reading any of her books, but we all know that it’s a lie when there’s a new book about Rosalind waiting for me. Foul Lady Fortune releases soon, and I can’t wait for the release day to come soon.