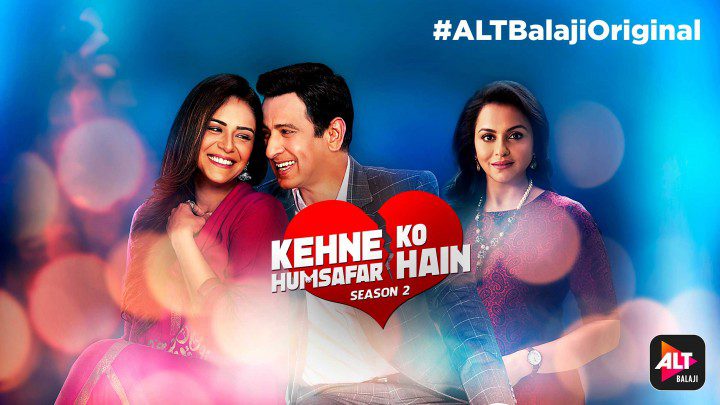 I would like to tell the readers that episode 11 of this series has released on July 1, 2020, on the Official ZEE5 and ALTBalaji app and on their official websites. If you haven’t watched episode 11 till now then I would like to advise you to watch this episode as soon as possible because you can easily get attacked by the spoilers.

Kehne Ko Humsafar Hai is an Indian romantic drama Hindi web series. This series is created by Ekta Kapoor, the very famous Indian producer, and director. Vibha Singh and Jaya Mishra had written the story of this series and had also managed the screenplay work. Anil V Kumar and Kapil Sharma are the directors of this romantic drama series. Manyata Sood and Ankur Dwivedi are the executive directors of this series. This series is produced by Shristi Arya Behl and Goldie Behl in association with Rose Audio Visuals. The distribution rights of this series are owned by ALTBalaji Entertainment and ZEE5. Also, this series has an amazing star cast which we have given above.

This series also received very high IMDb ratings and thousands of positive reviews from the audience throughout the country. Thus, it has proved to be one of the most successful ZEE5 Original series. This series can easily make anyone fall in love with its amazing characters and the interesting storylines. This was all about this series from our side. If any update is made by the creators regarding upcoming seasons and episodes of this series then we will update that in this post as soon as possible. Till then stay tuned to Otakukart for more updates.